A history of Gavieside school 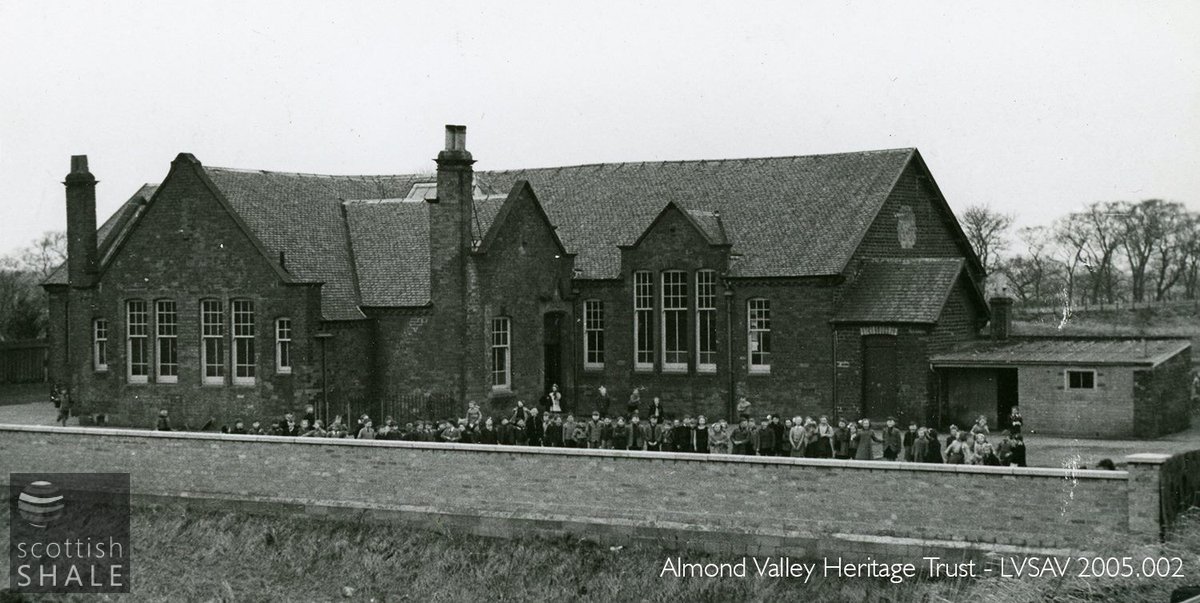 Gavieside weans outside their school. The stout wall appears to be a later construction; perhaps an attempt to prevent the playground sinking into the moss.
The bank seen on the left, behind the school carried the West Calder loop line, that served many local works and pits. 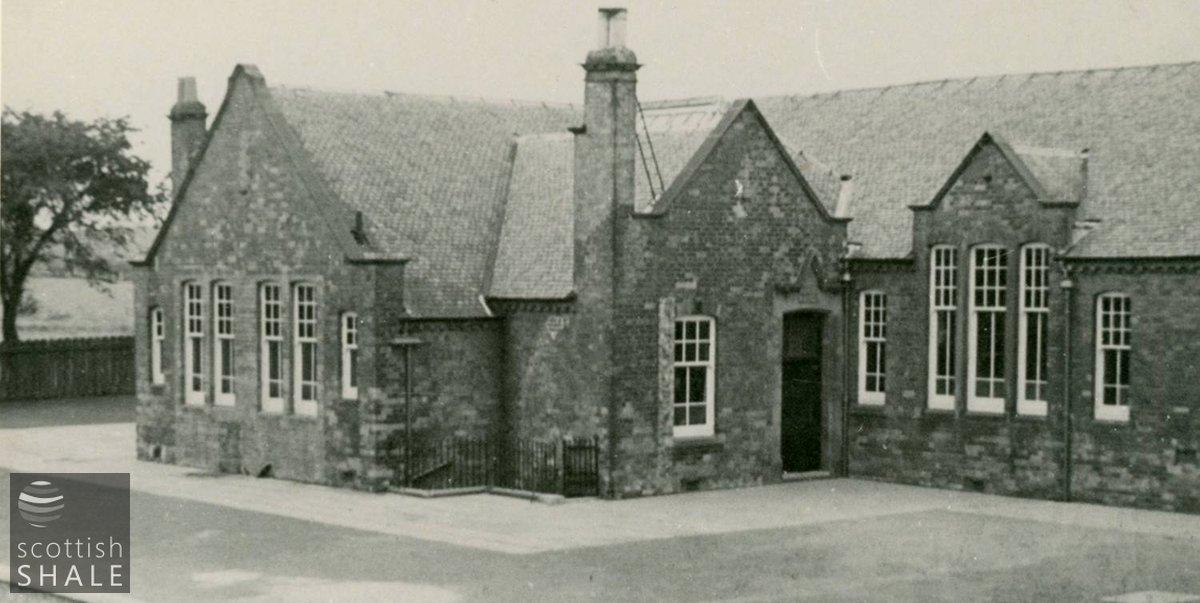 Another view of the school building.

The village of Gavieside was built to house the shale miners and oil-workers of the West Calder Oil Company. In about 1870, the oil company constructed “Gavieside Work School” to provide a basic education to the children of the village. Within a few years the management of the school passed to the West Calder School Board, although the property continued to be owned and maintained by the oil company. The West Calder Oil Company collapsed in 1878 and all of its property, including the school house, was subsequently purchased by Young’s Paraffin Light and Mineral Oil Co. 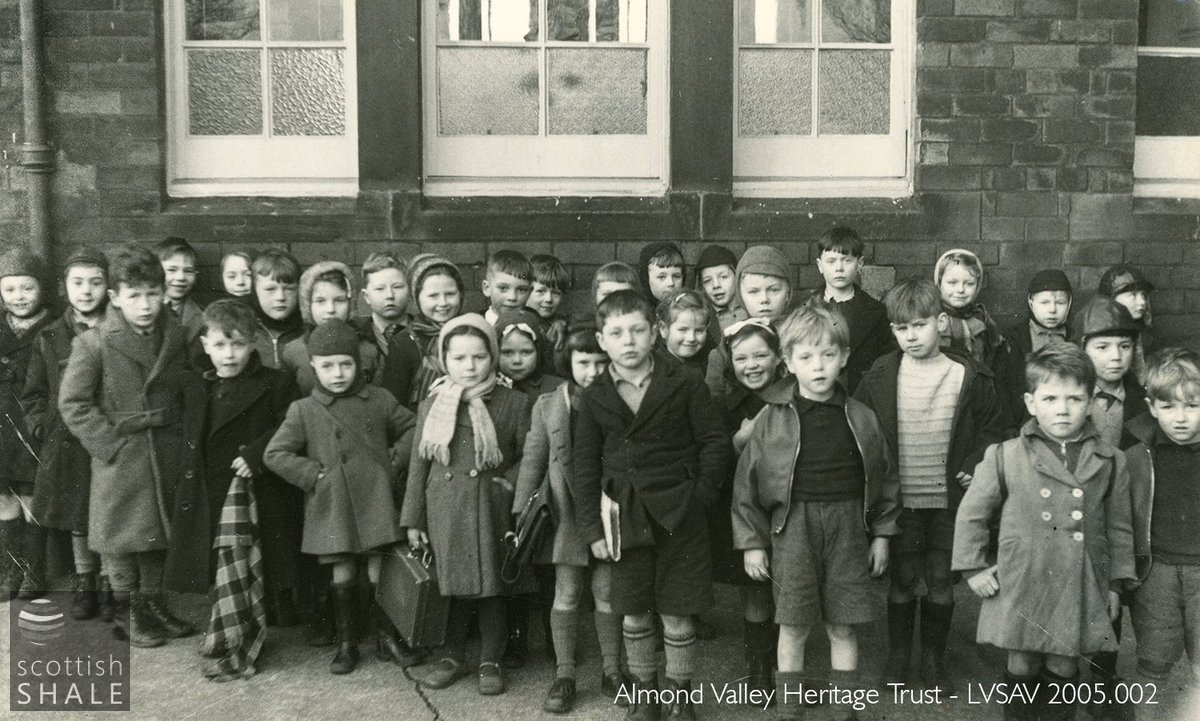 An informal group photo, probably from the 1950's. Do your recognise anyone? 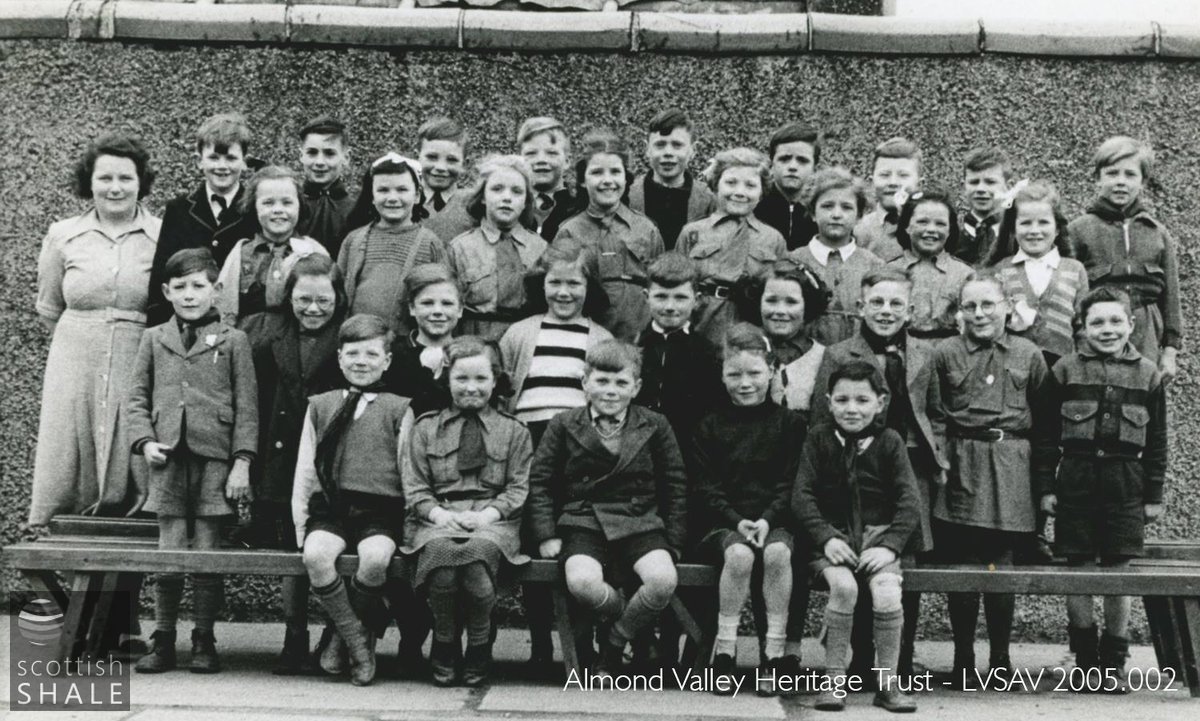 By the 1890’s the old Gavieside school was also serving the nearby mining village of Mossend and many other parts of the district, and was struggled to cope with a school roll of over 220 children.

In 1906, the West Calder School Board built a fine new public school on the site of the old one. Costing £1,750, it offered accommodation for 270 pupils in four classrooms and a large infants room, plus two teachers’ rooms and a large hall.

As pits closed and houses fell into disrepair, residents of the old shale villages were gradually moved to new homes being constructed at Polbeth. Gavieside village was demolished in about 1939, while parts of Mossend survived into the early 1960's.

Primary and nursery children endured a long trek from their new homes to their old school until 1961, when the new Parkhead Primary School was opened in West Calder.

These photographs are from the papers of Alice Linden, born in 1907, who was a teacher at Gavieside school and subsequently taught at Parkhead primary school. 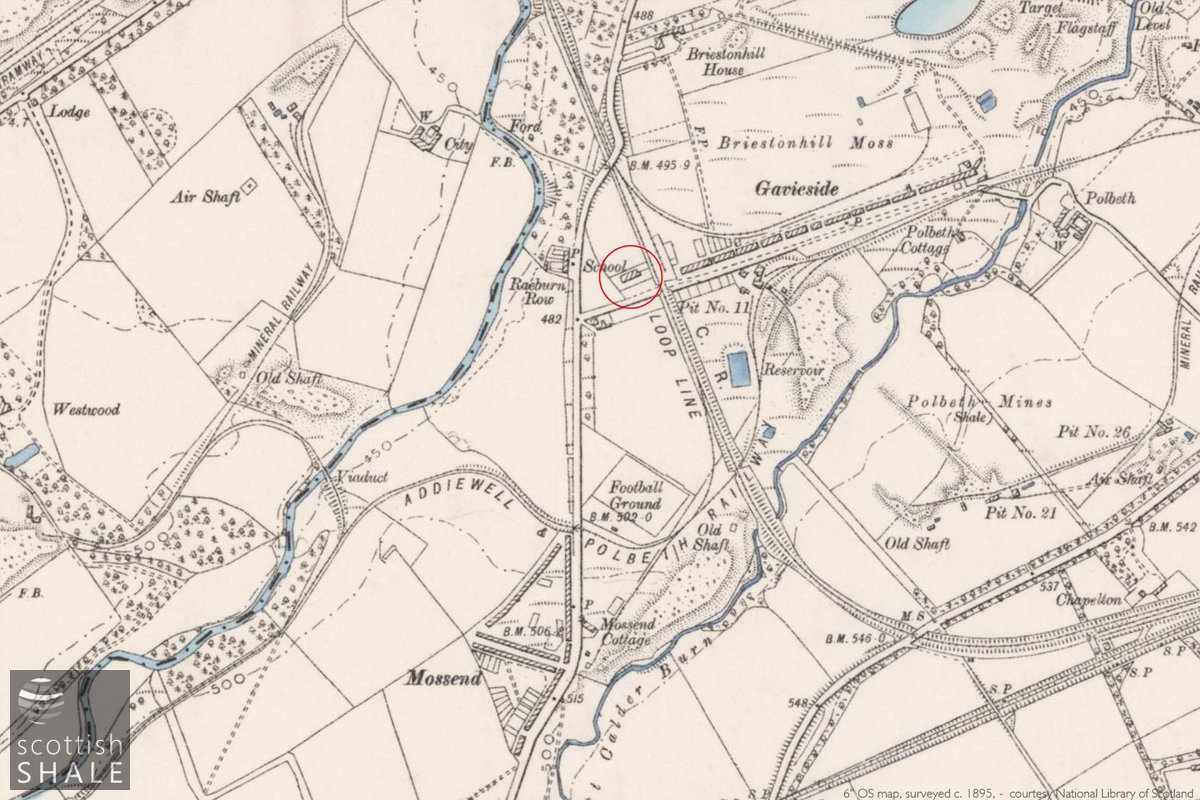 The location of Gavieside school, nestled between pit bings and the football park. 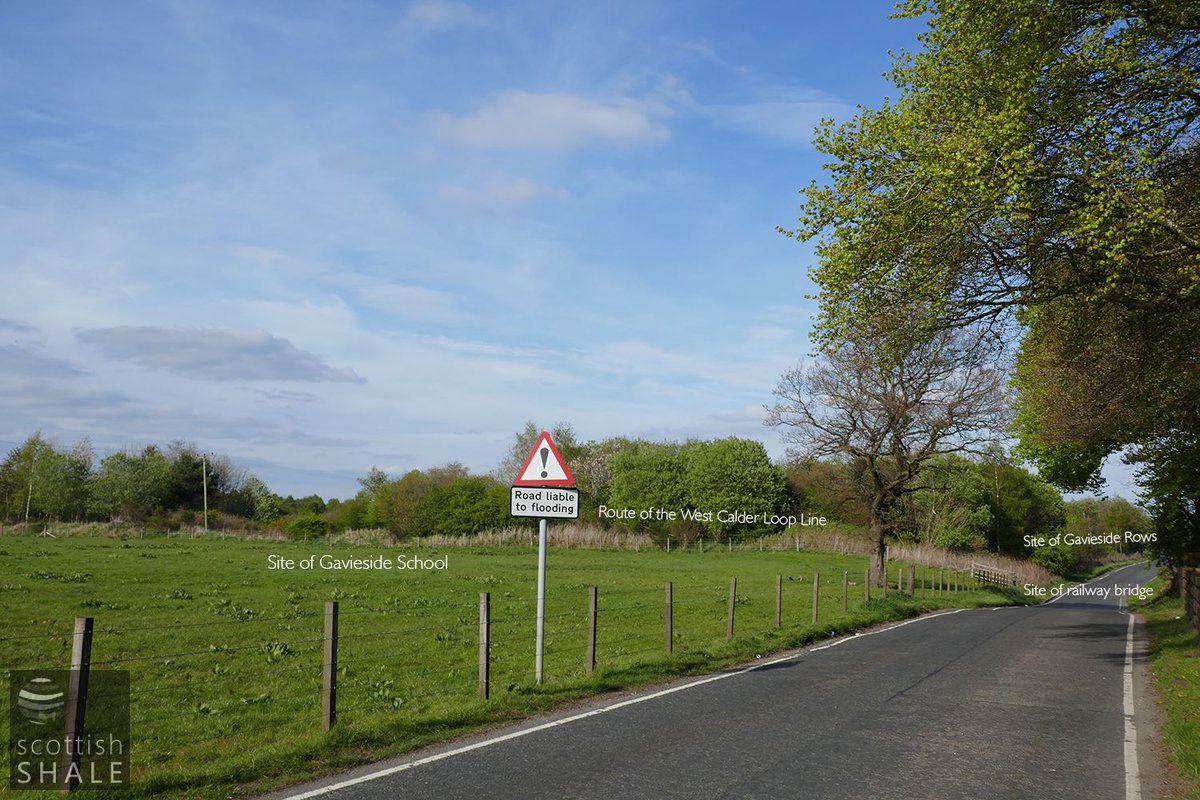 You would never imagine that this was once site of a school. The dip in the road, still prone to flooding, marks where the road once passed beneath the railway bridge carrying the West Calder loop line.