School Out for East Benhar

The ruins of East Benhar school 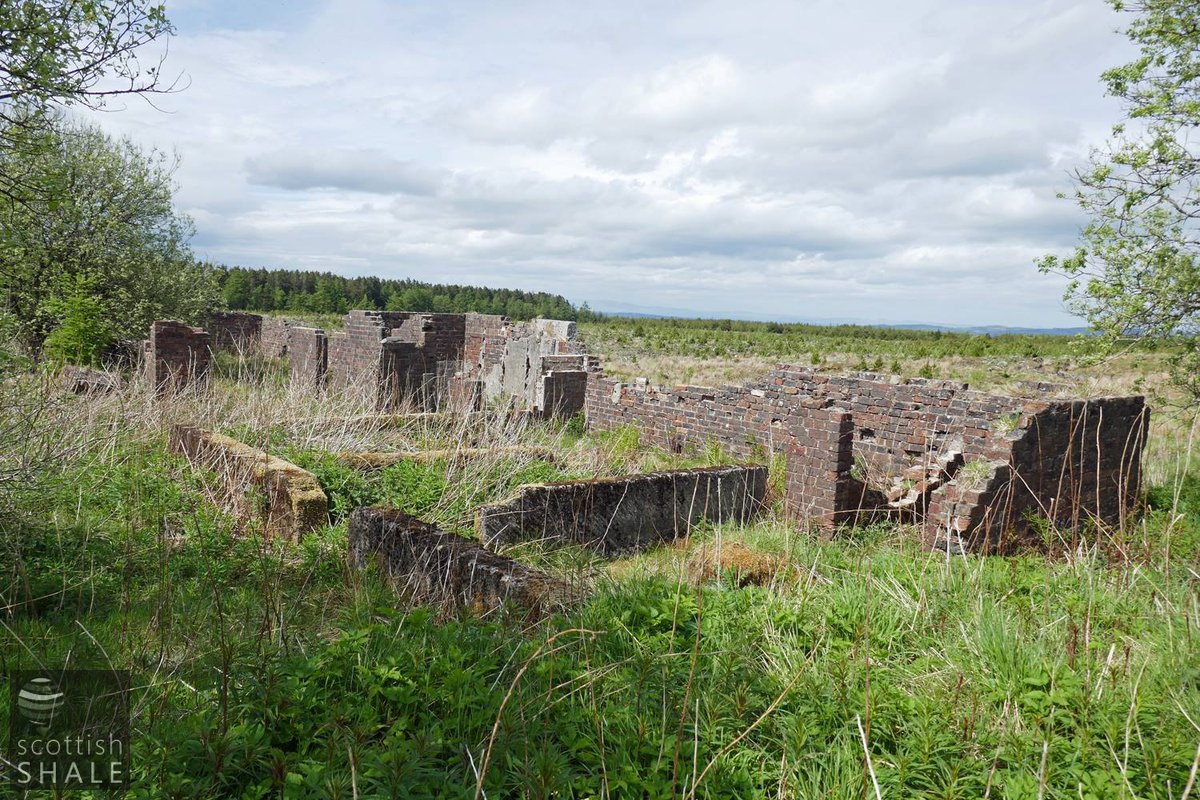 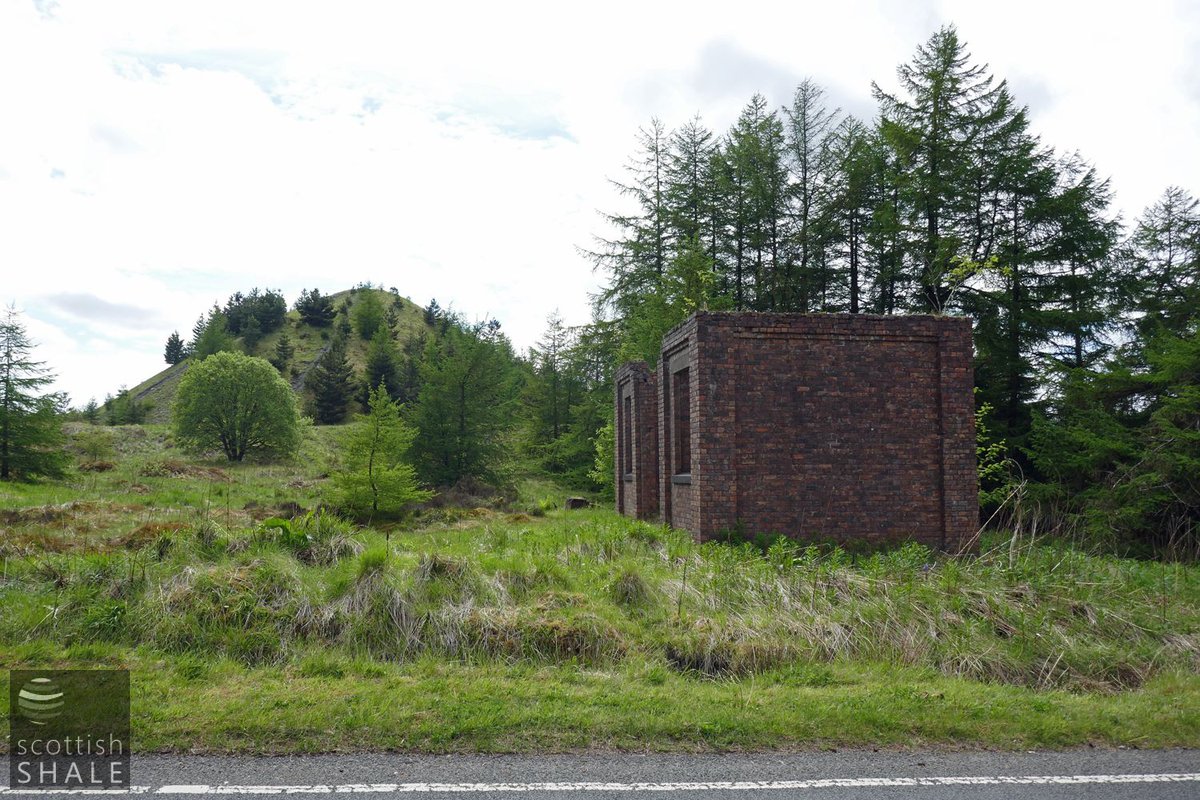 Site of East Benhar mine and bing. 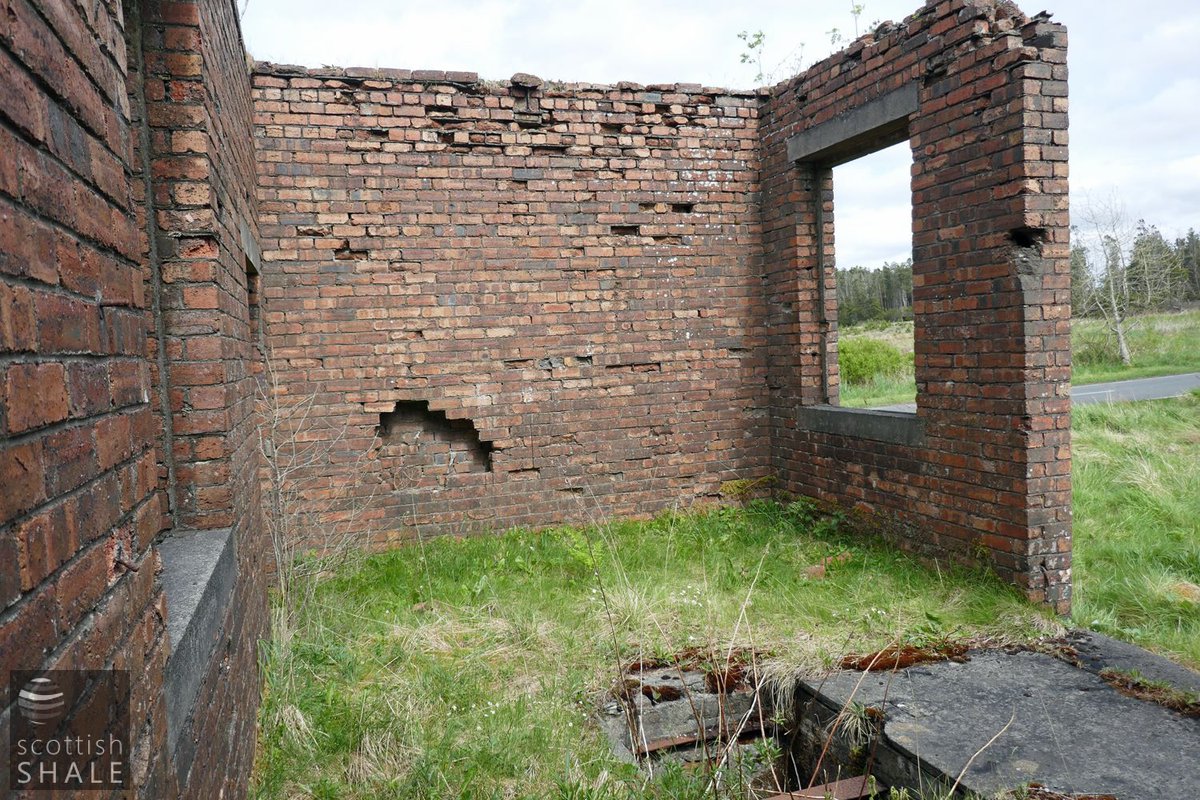 Interior of the building at East Benhar mine showing "cellar" area. Perhaps this was the power house for the mine? 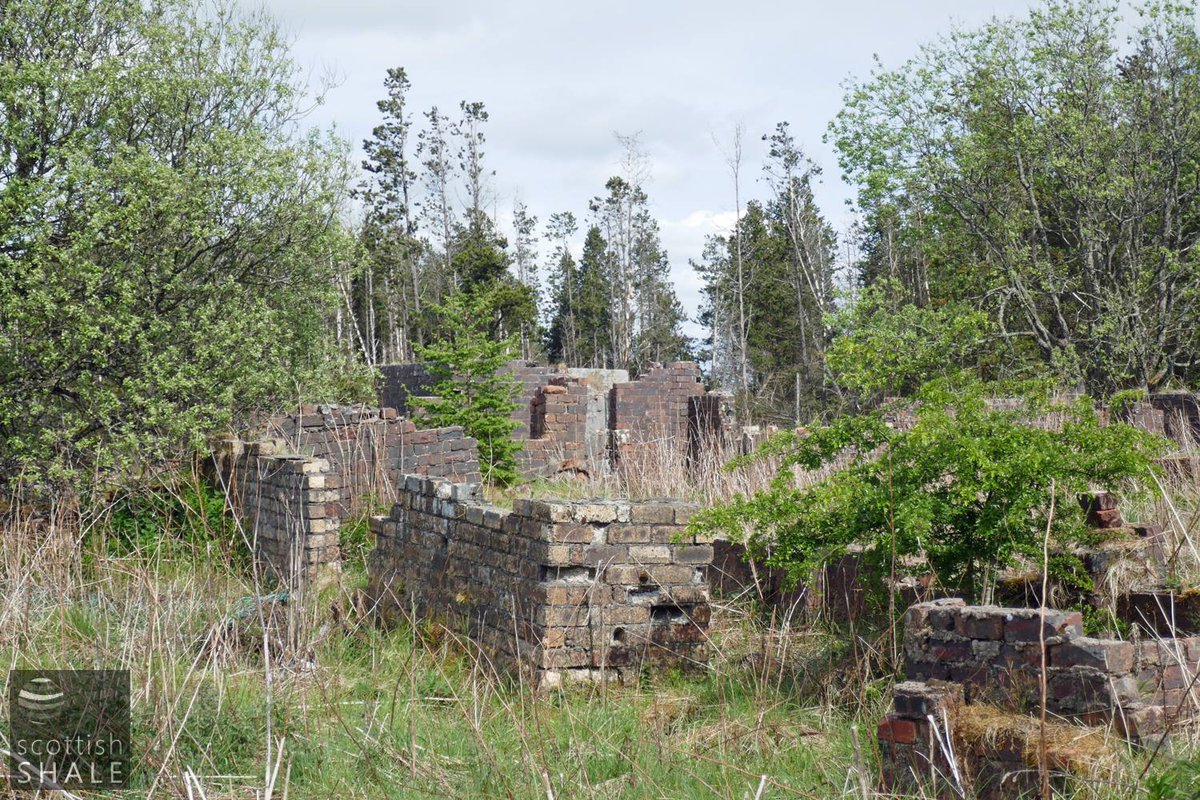 Service buildings at the rear of East Benhar school, settling gently into the moss. 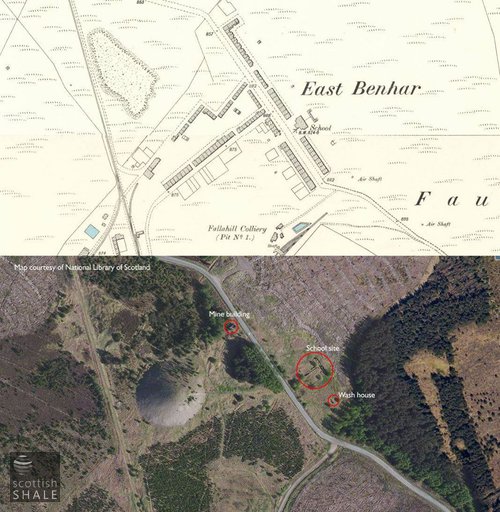 The back road from Fauldhouse to Greenrigg zig-zags its way between dense conifer plantations as it crosses the moors of Benhar and Polkemmet. It’s hard to believe that this quiet and desolate area was once home to almost a thousand people.

The village of East Benhar was built during the 1860’s and 70’s to house the workforce of the Benhar Coal Company. Rows of houses, totalling 160 homes, lay on either side of the moorland road. The village boasted shops, a welfare hall, and a substantial school built by the coal company in 1876, which was sold to the education authority in 1900.

By the 1930’s the houses of East Benhar were in a dilapidated condition and, under a slum clearance order, the county council transferred the entire population to new council housing built, just over a mile away, in Fauldhouse. The council agreed to sell the school providing it was not used as a dwelling house. It seems that houses to the west of the road were soon demolished, and the site occupied by the new East Benhar coal mine, opened by Barr and Thompson in 1940, which continued in production until 1957. Some houses to the east of the road seem to have survived in a derelict condition in to 1950’s.

Today, a small brick structure (perhaps the power house), overgrown brick foundations, and a neat conical bing survive from the 1940’s East Benhar mine. Among moss and shrub on the other side of the road, a remarkably intact series of brick walls remain from the toilet and service buildings that lay at the end of the playground behind East Benhar school. The wall separating the boys and girls playgrounds also survives, eighty-five years after the last pupils departed.

Above right: Six inch Ordnance Survey map surveyed c.1895 compared with modern aerial view. The 1910 survey showed an extended yard at the rear of the school, and new service buildings corresponding with the surviving remains. 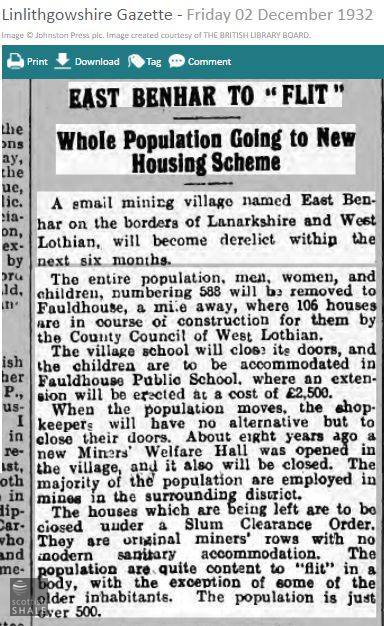 All about the flitting. 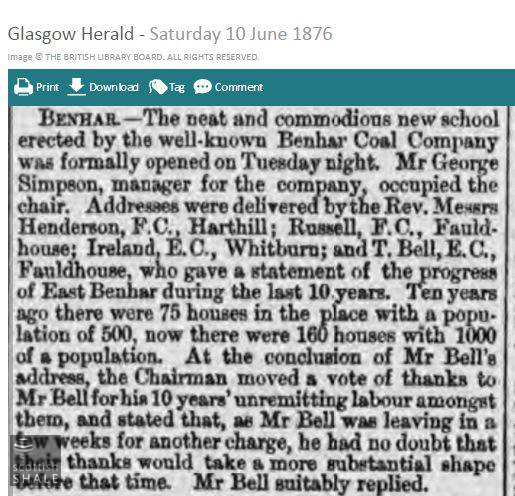 Opening of the school. 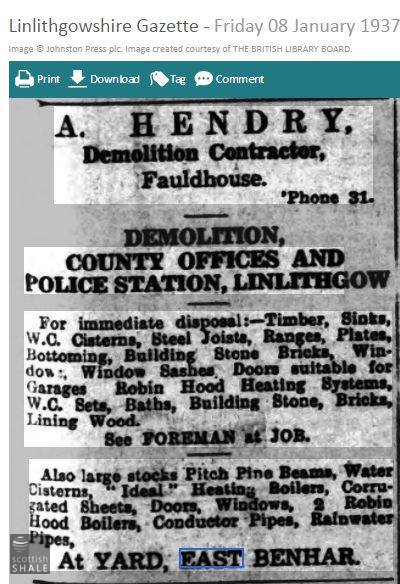 Later use for the abandoned buildings of East Benhar? 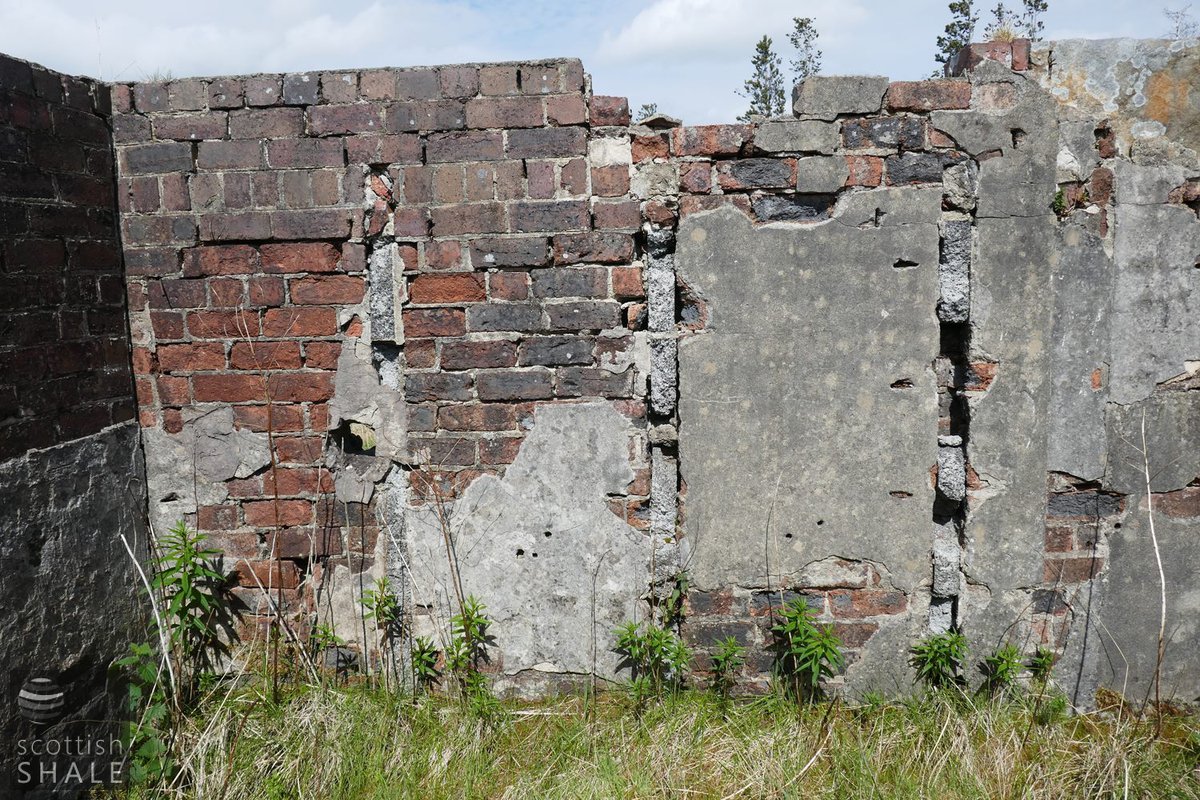 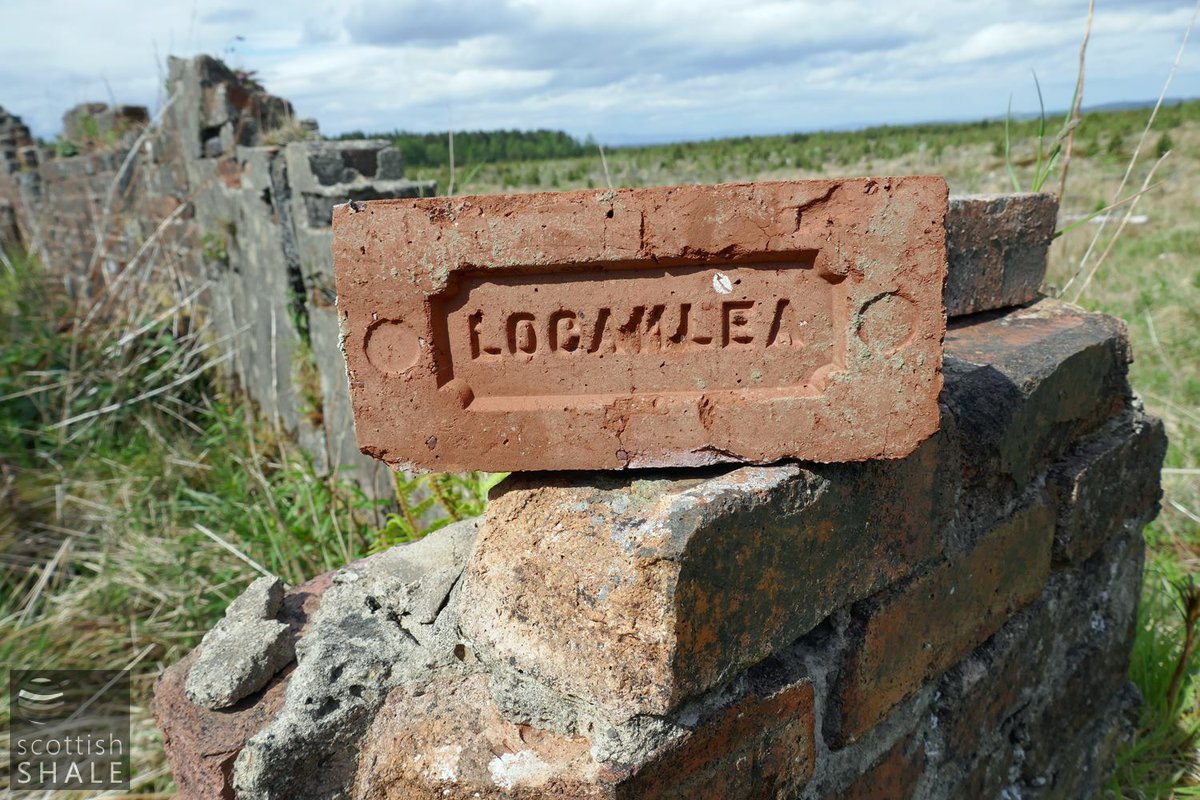 Fine-quality Loganlea brick used for construction of the frontage of the service buildings at East Benhar school. 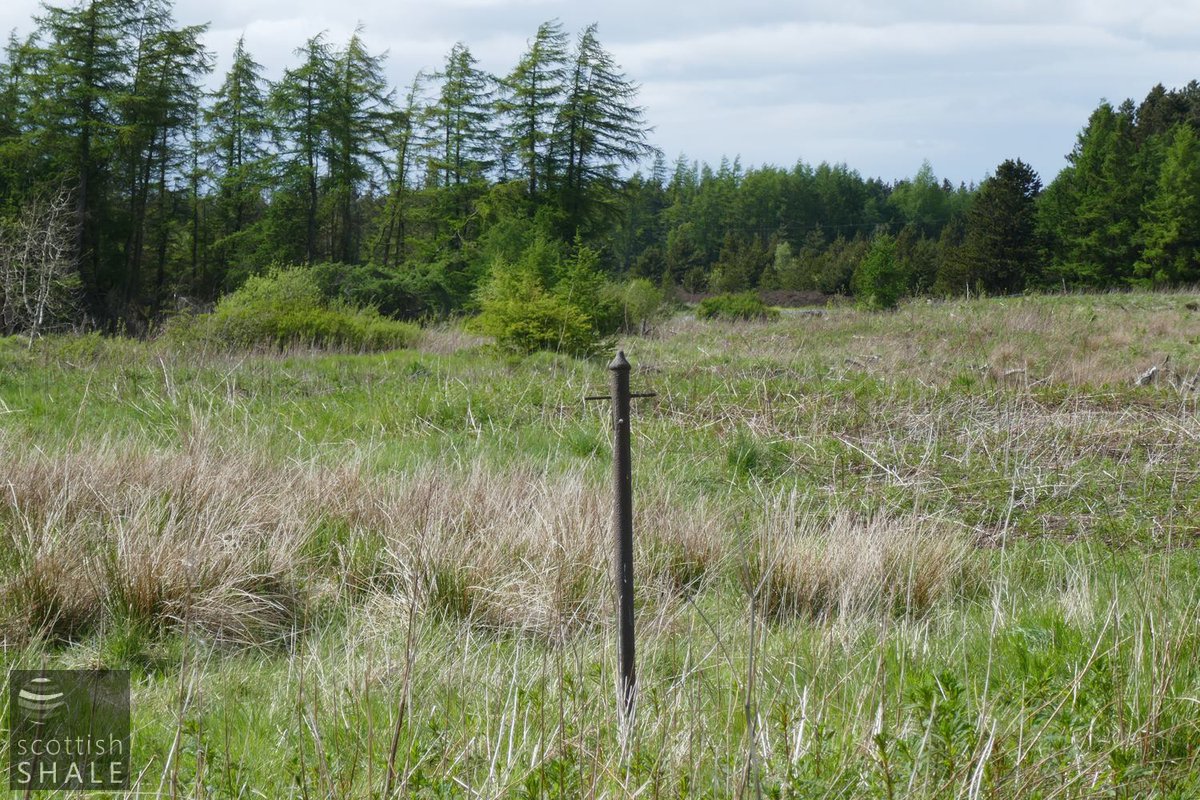 Washing pole beside the school; perhaps unused since 1932? 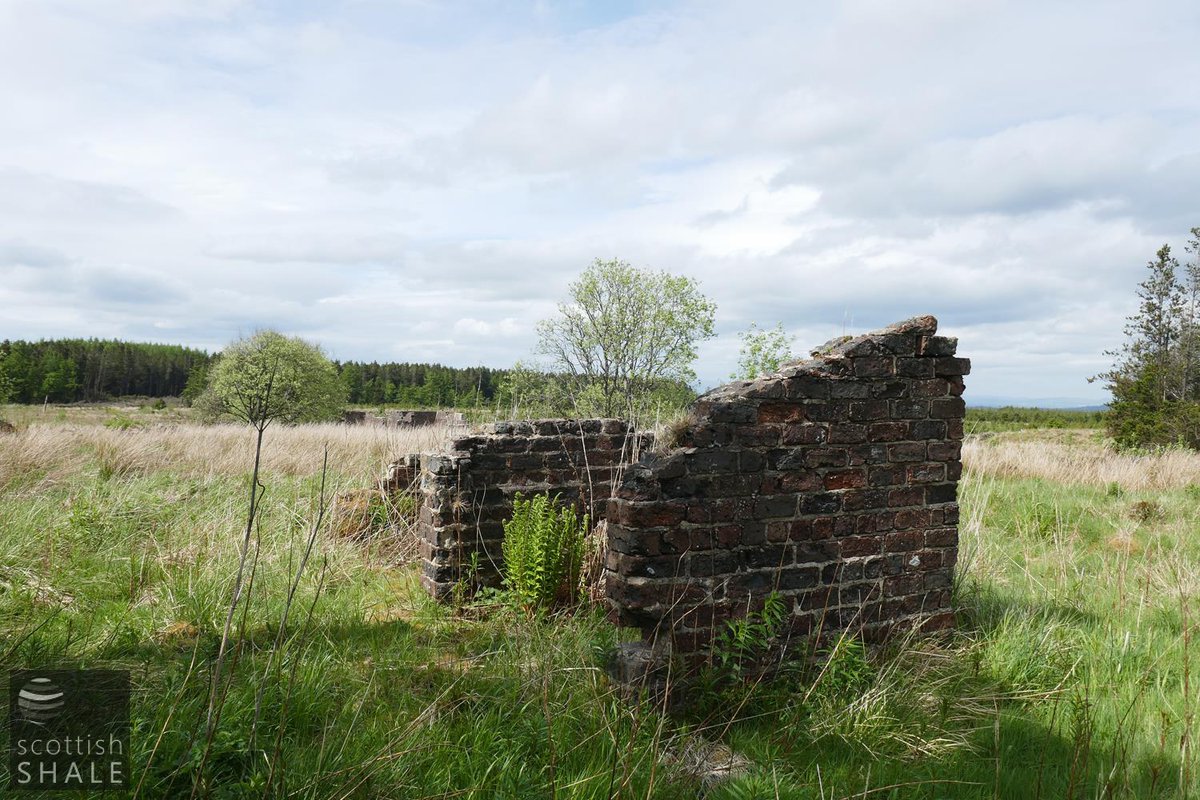 Outhouse - perhaps a wash-house to the rear of the rows, which is marked on the 1895 map. The school buildings can be seen in the distance. 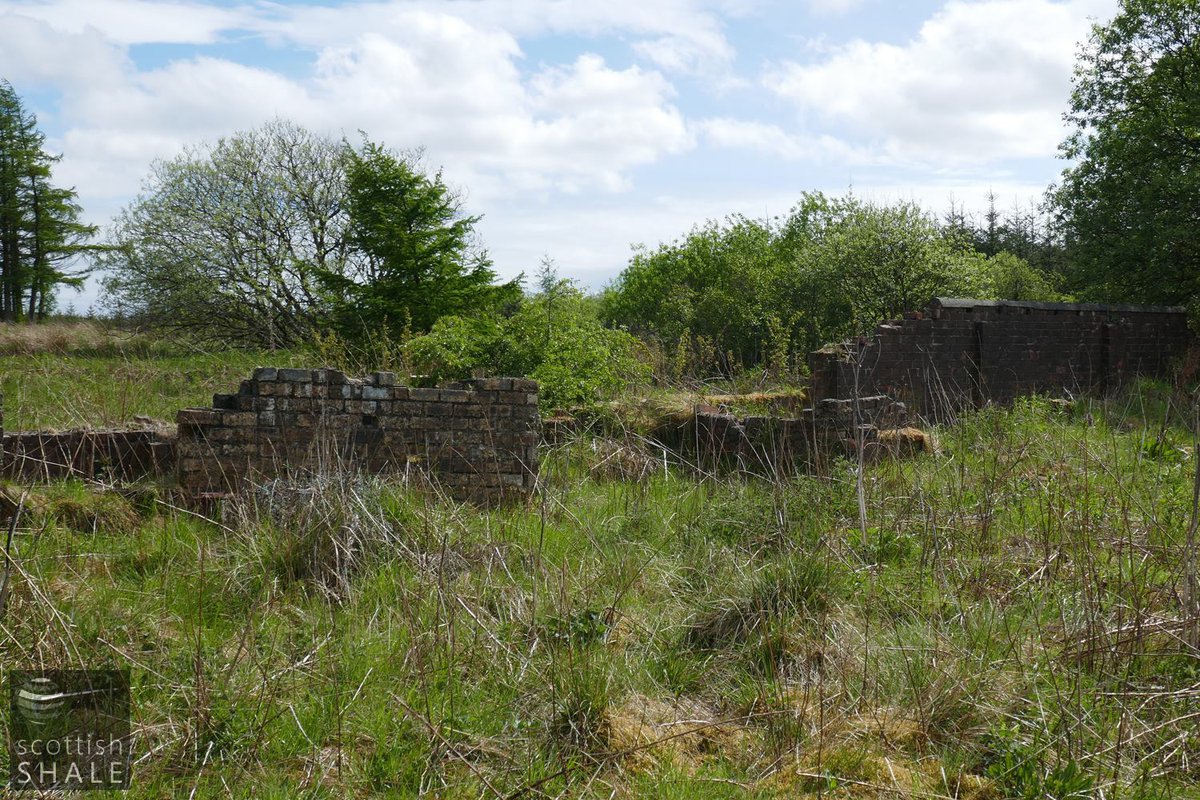 The brick wall dividing the boys and the girls.