Searching the Ruins of Benhar

In search of the site of Benhar Oil Works. 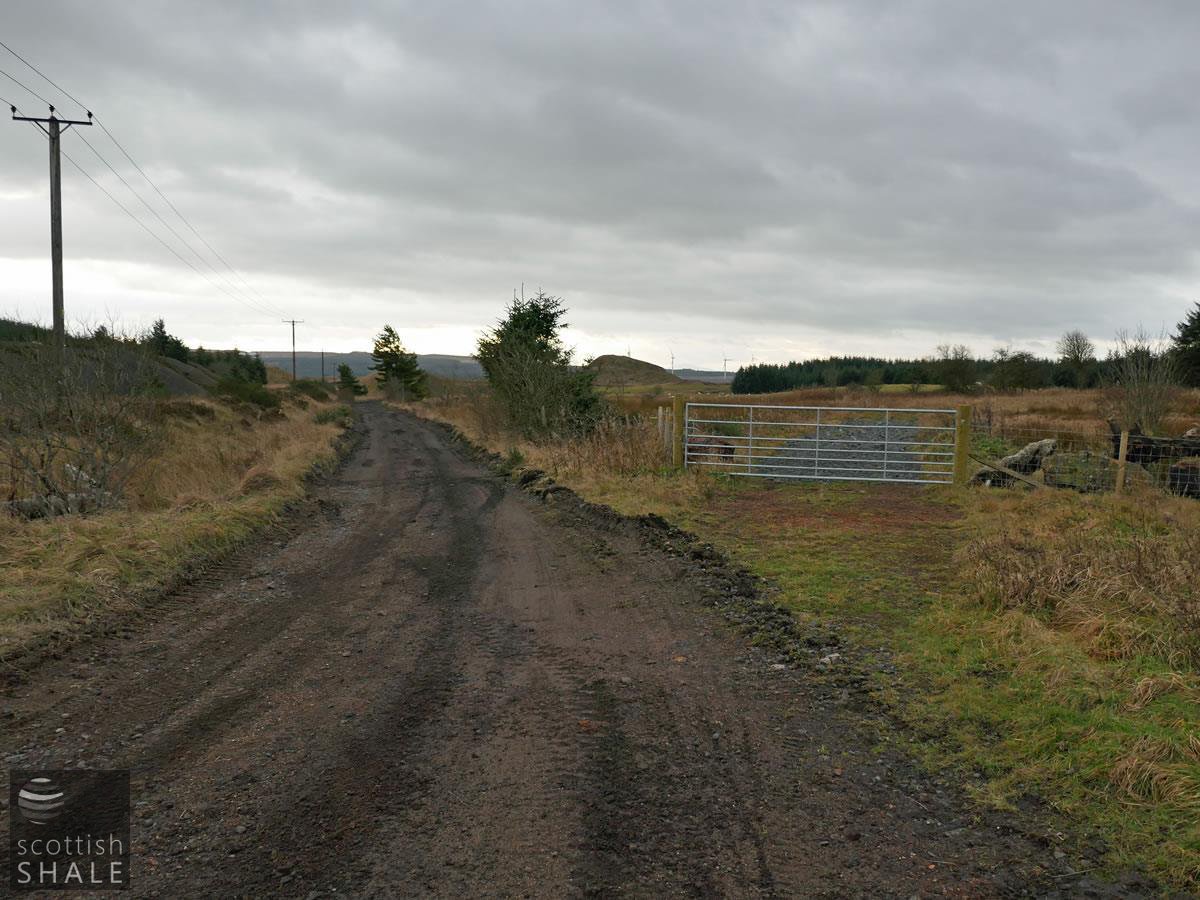 The metal gate marks where the railway siding entered the site of the Benhar Oil Works. 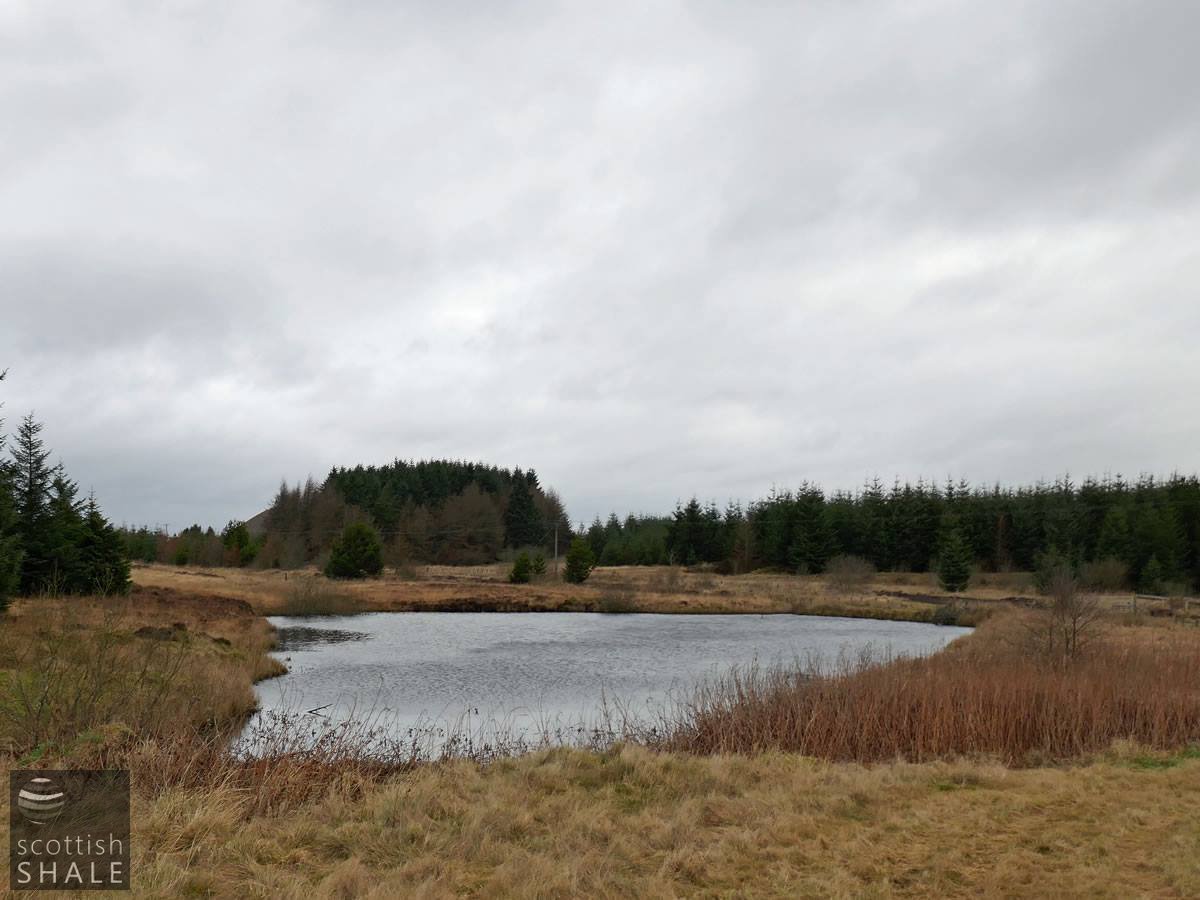 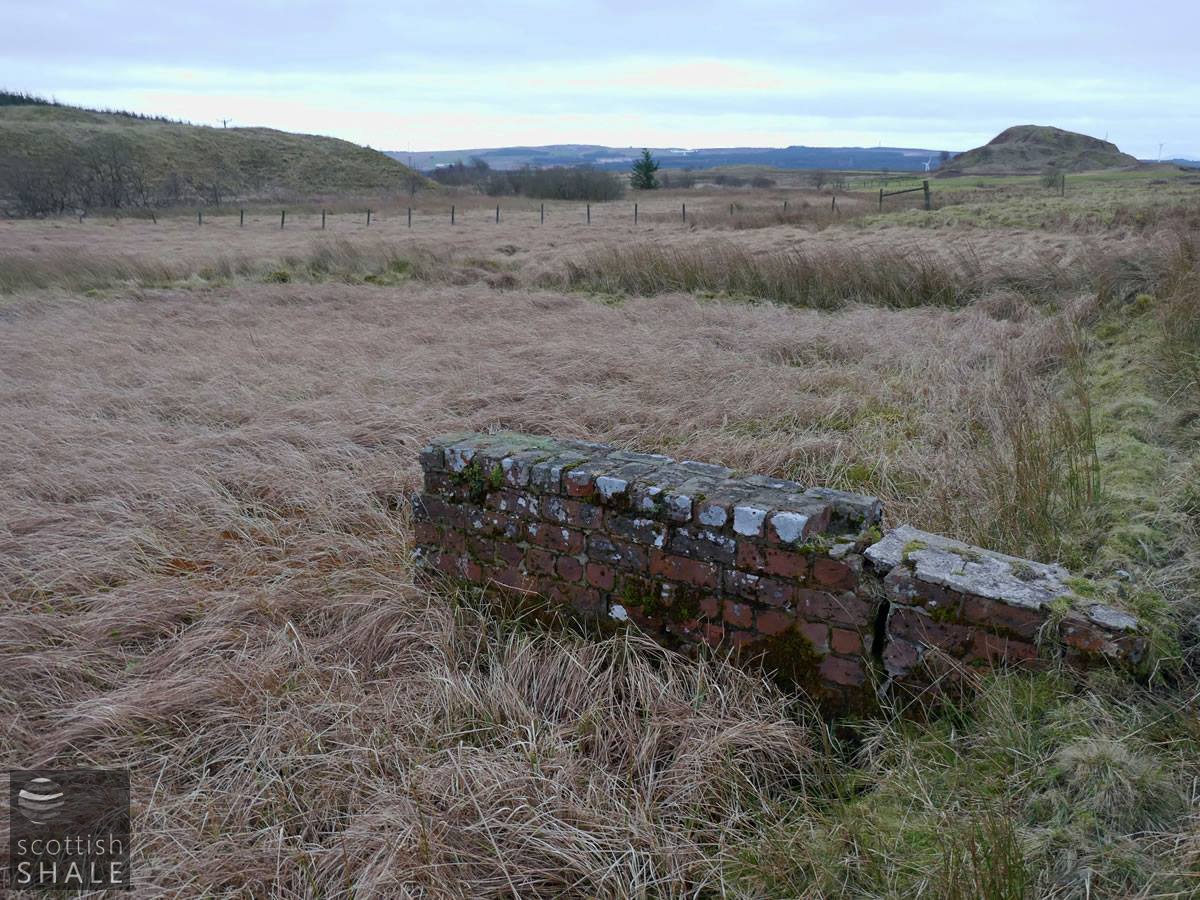 Overgrown remains of brick-lined rectangular tanks on the lower part of the oil works site, presumably involved in treatment of effluents.

A walk on a gloomy gray morning between Christmas and New Year followed the course of the old mineral railway from Fauldhouse to the lost mining village of Benhar. The precise history of Benhar oil works remains unclear, but the remote and ramshackle premises appear to have been sold on a number of occasions to the gullible shareholders of public companies by local coal-master George Simpson. Simpson was a master of manipulation, associated with a spectacular range of scandals, swindles, and insolvencies throughout his long career in the mining industries. 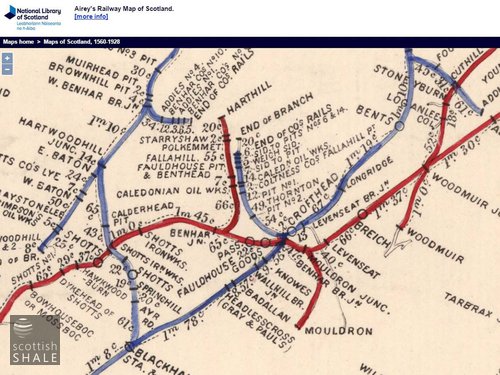 Benhar oil works operated latterly as the Braehead refinery of the West Lothian Oil Company, processing crude oil produced at Deans. The works were demolished following the collapse of the company in 1891 and their location can only be inferred from the pattern of derelict ground marked on later OS maps. This site seems to have been used as a brickworks during the early 20th century, however a reservoir, the course of a railway siding, and the remains of brick-lined waste water tanks still survive from the oil works period.

George Simpson built a crude tramway to link his Benhar coal pits to Fauldhouse in the mid 1850's and subsequently sold this line to the North British Railway. Efforts to work such a switchback route led to accidents, and the NBR were forced to rebuilt the line along a more level alignment in about 1869. Shortly afterwards, the Caledonian Railway constructed their own line parallel to much of this route, also linking to the oil works. The Benhar branch was later extended north east towards Whitburn, serving the Greenrigg and Polkemmet collieries.

Walking along the forest track that now marks the route of the branch, brought to mind a ramble about 45 year previously when the active railway still ran through a bleak open moorland, peppered with the remains of abandoned pits. Trains didn't usually work the branch on a Sunday, yet somewhere ahead in the fog, a laboured wheezing marked the slow approach of one of Polkemmet's smallest, leakiest, and most ancient pugs. A permanent way squad rode on a rattling trolley coupled behind the pug by a long chain. One man would dismount occasionally to knock in a loose key, before trotting forward to catch up with the slow-moving train. The procession eventually halted to replace a rotten sleeper with a slightly less rotten specimen carried on the trolley. Once this mission was eventually accomplished, the engine and its attendants set off in a cloud of leaking steam, and slowly disappeared into the distant mist. My fuzzy black and white photo captures this moment in time.

Above right: General arrangement of railways in the area from Airey's railway map, c.1875. The Benhar oil works (then known as Caledonian oil works, were served by both the Caledonian and North British railway companies. 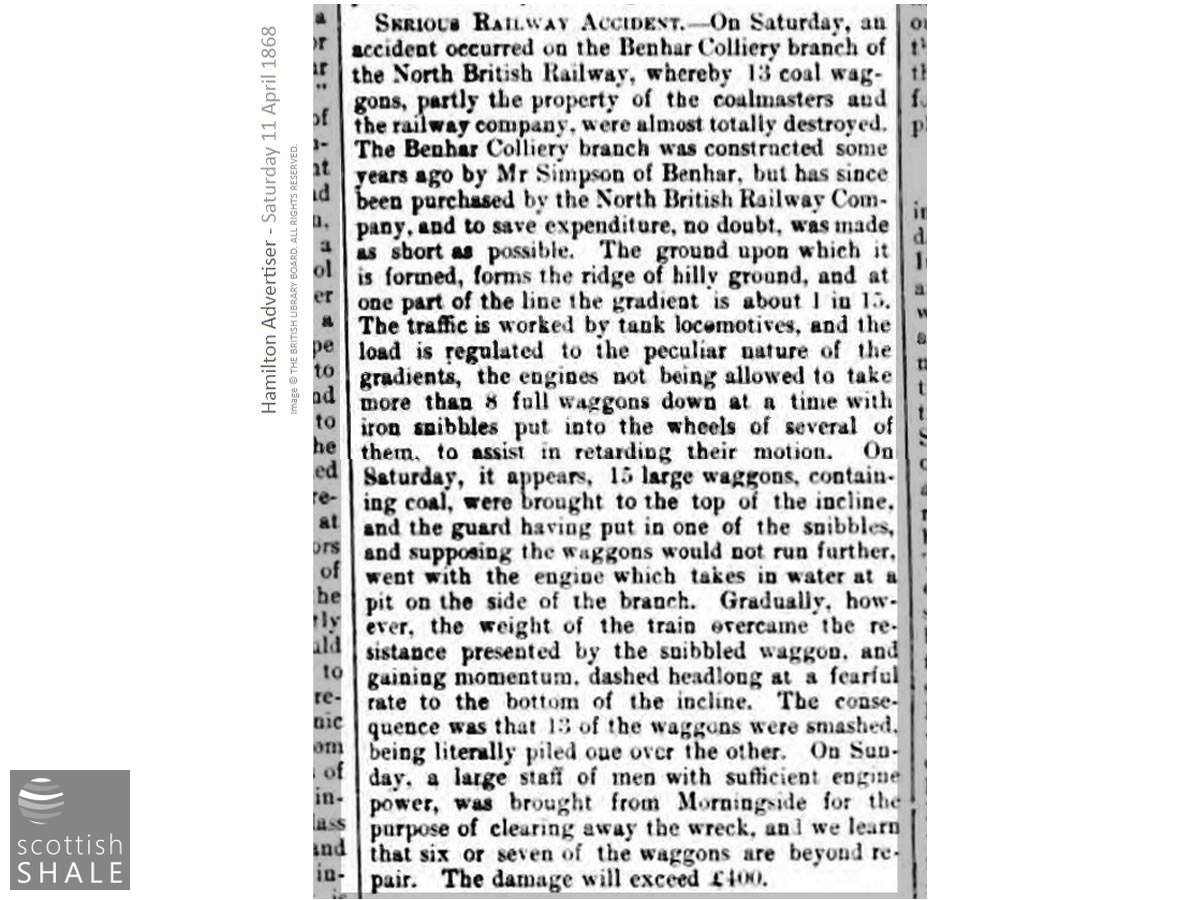 A nasty accident on Simpson's Benhar branch, which shortly afterwards, was rebuilt by the North British Railway. 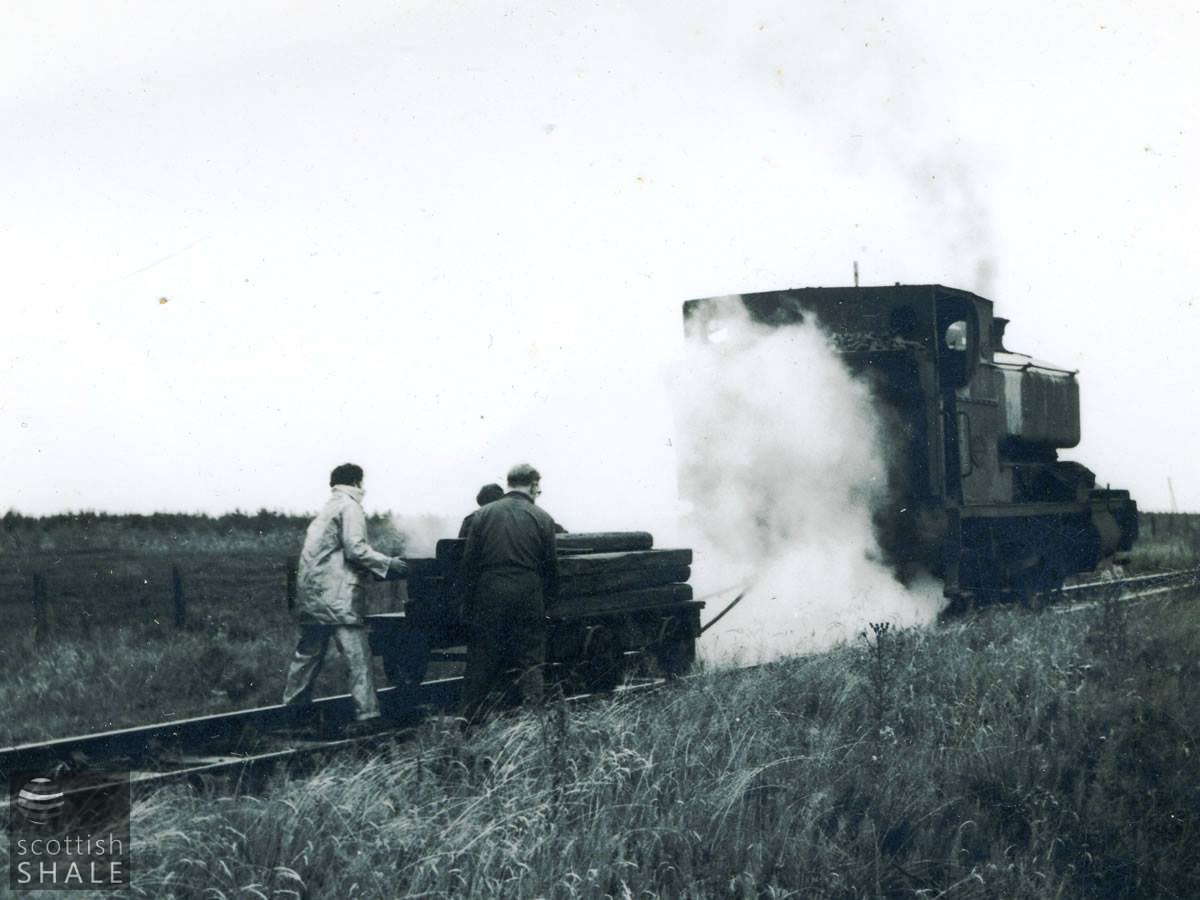 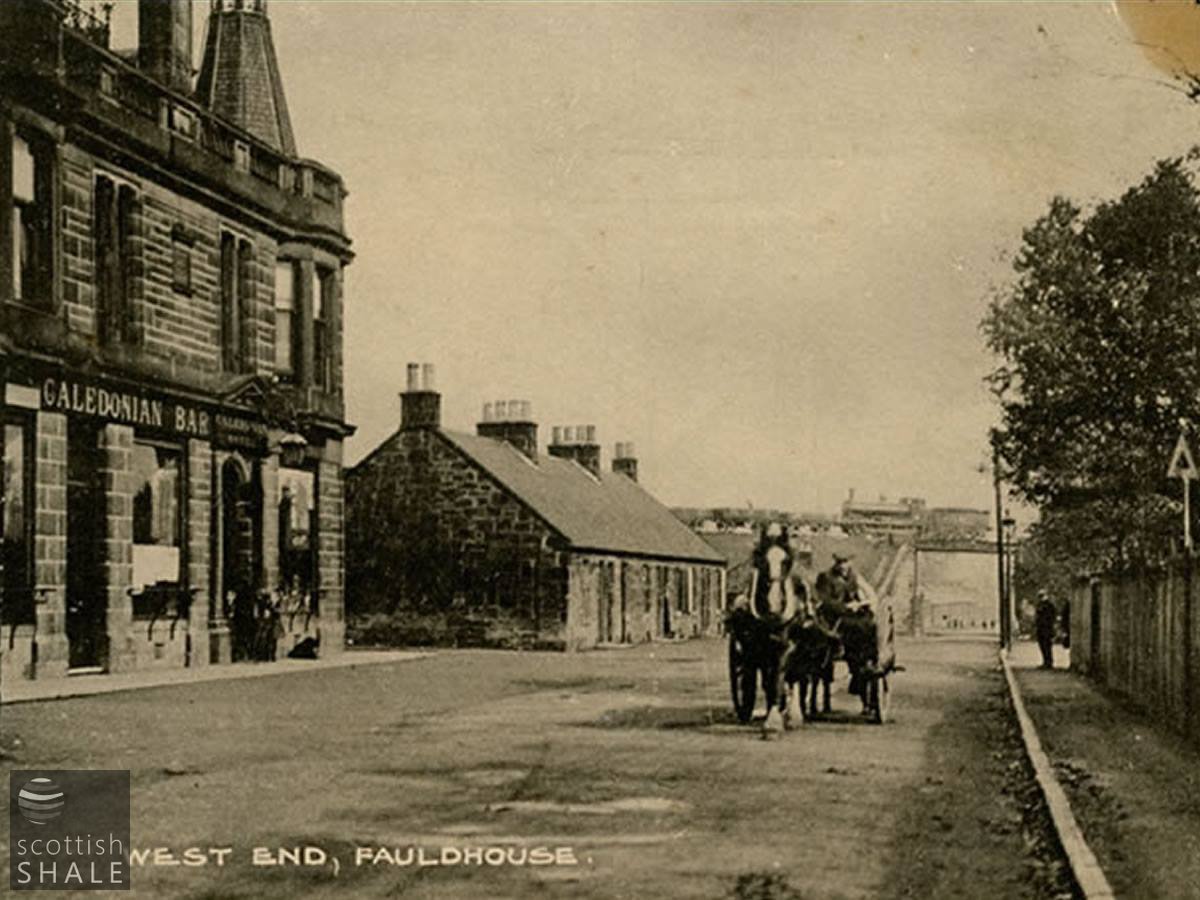 The Caledonian Bar, West End Fauldhouse, with North British Railway 0-6-0 on the branch to Benhar.