A Secret Passage to Linlithgow Palace?

Kingcavil quarry and its drainage 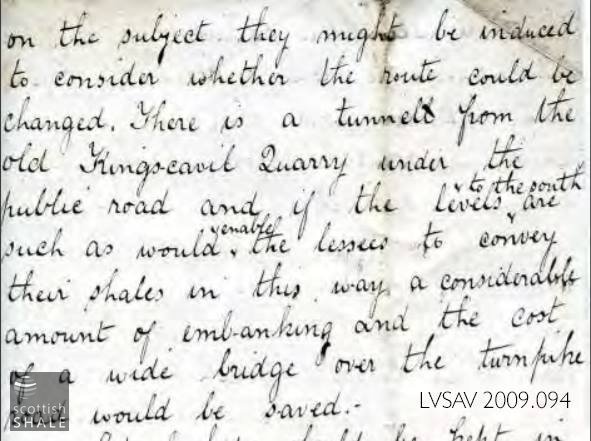 From the solicitors letter. 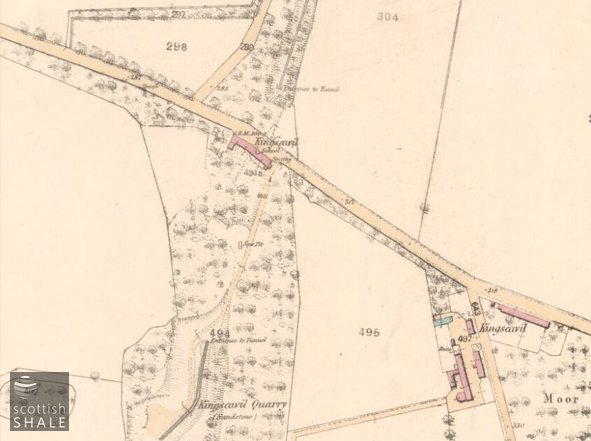 Much of Linlithgow Palace, and a good proportion of old Linlithgow, was built from a golden yellow sandstone quarried at Kingscavil, two miles to the east of the town. Shortly after opening of the Union Canal in 1822, work began on construction of a tramway linking Kingscavil quarry to a canal basin close to Park Farm – a distance of about 600 yards. The tramway followed a straight route, starting level with the quarry floor, entered a tunnel about 250 yards long, passing beneath Kingscavil school, smithy and other buildings serving the quarry, before emerged at the foot of a ridge overlooking Park basin. The tramway continued down the slope of the hill, gradually emerging from a cutting, crossing the road to Philpstoun before terminating on an area of hardstanding beside the canal basin, equipped with a crane. A newspaper advertisement from April 1824 indicated that the tunnel was “almost completed” at that time.

The first edition OS map, surveyed in 1853, shows the route of the tramway with the tunnel entrances clearly marked, and accompanying notes record “There is a tramway leading from it to the Union Canal, part of the tramway going underground. Great quantities of the stone go to Leith for export. There are about 40 hands constantly employed“. The quarry was operated at that time by William Duncan & Sons, who had offices at the Port Hopetoun terminus of the canal. 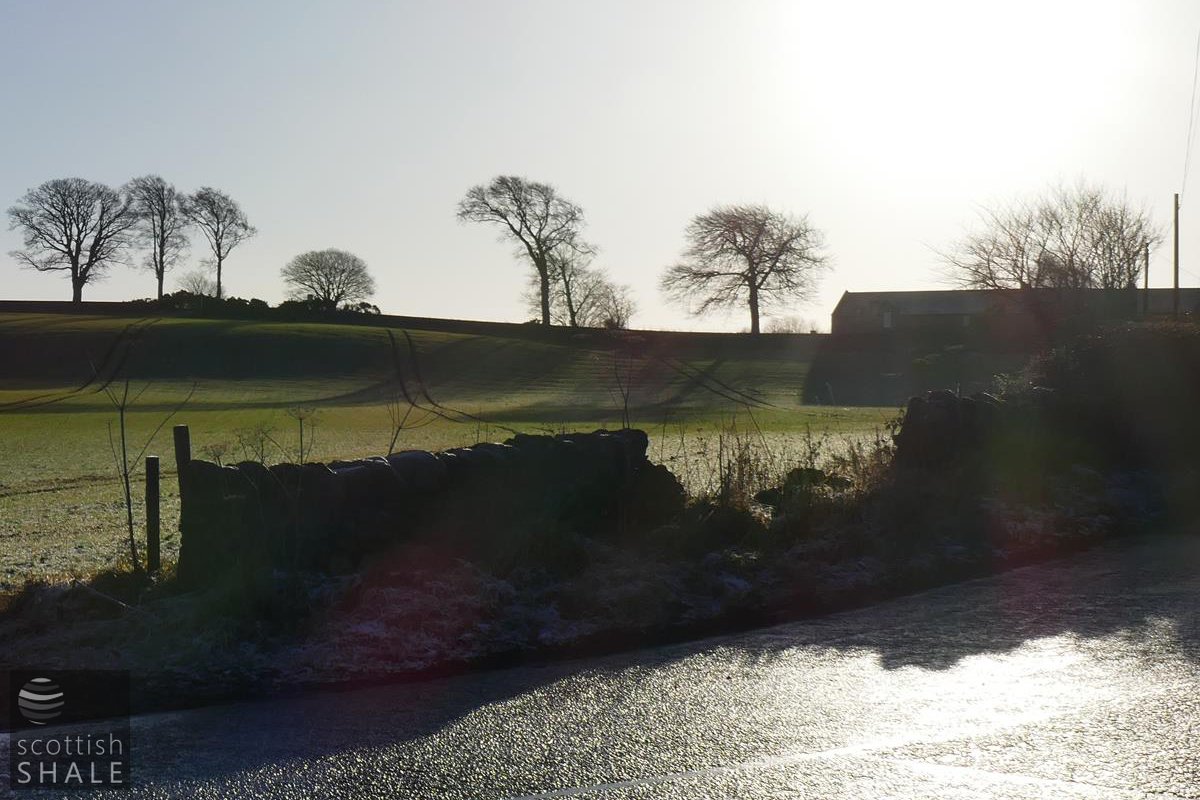 The building on the skyline was once Kingscavil school and smithy.. The tramway tunnel emerged from the slope below the building. 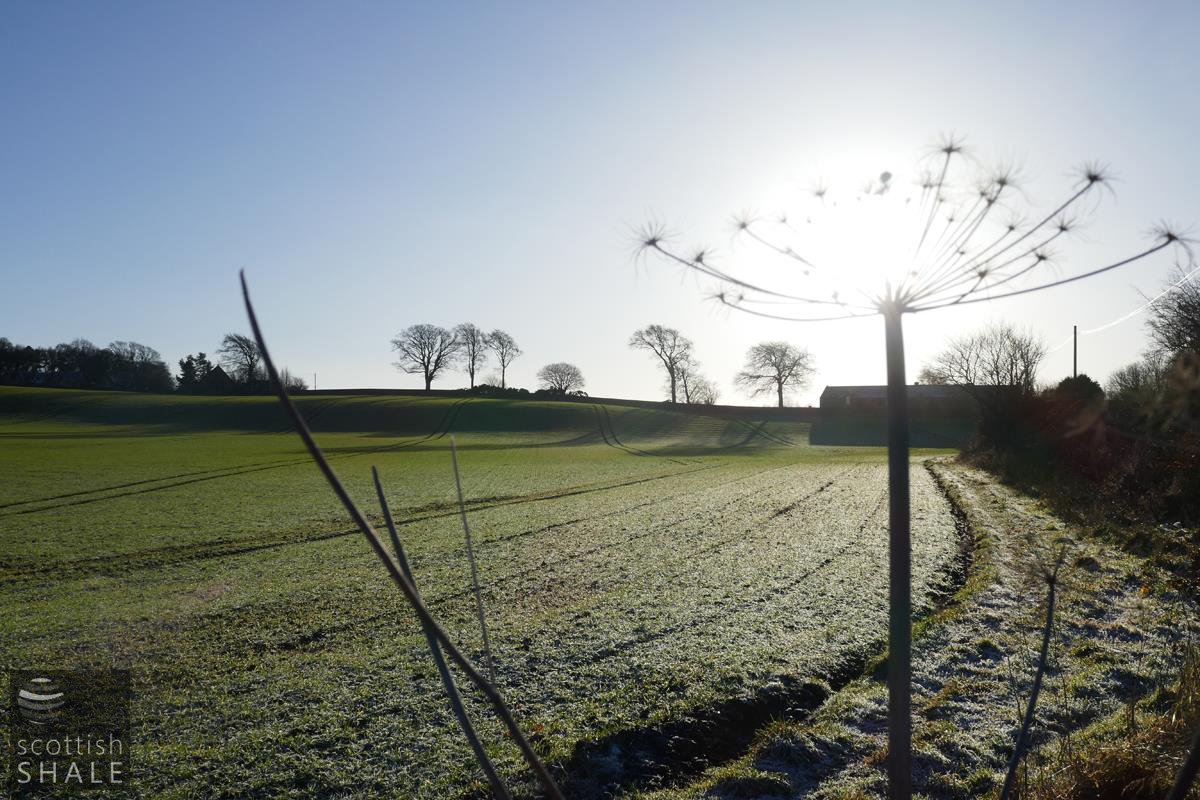 Shot into the sun. The tramway would have run from the slope below the building to the viewpoint. 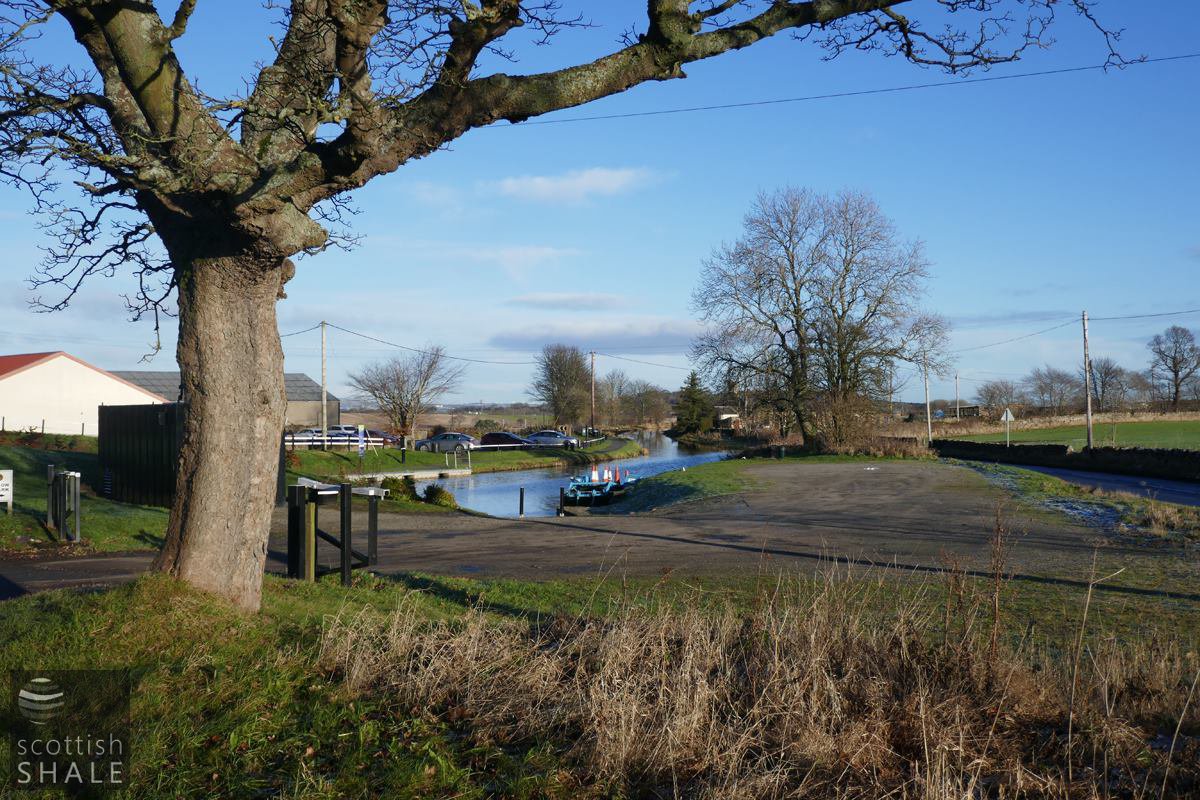 Canal basin opposite Park farm, where stone was loaded onto boats. 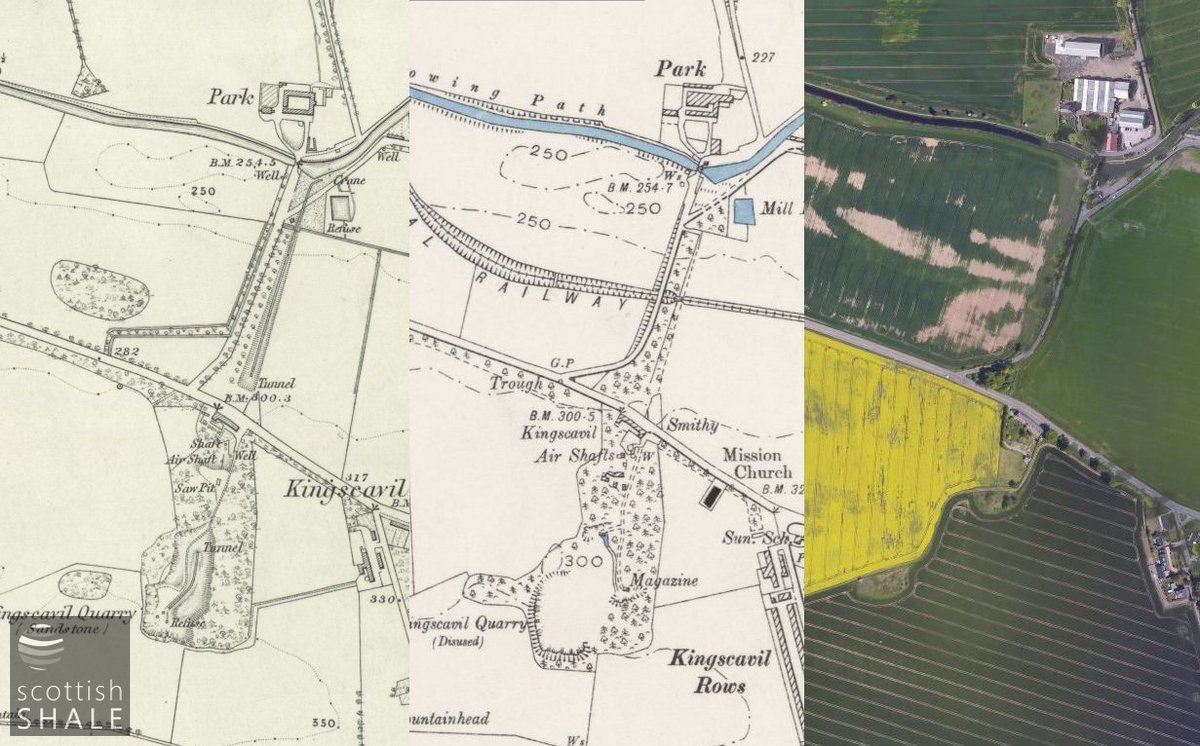 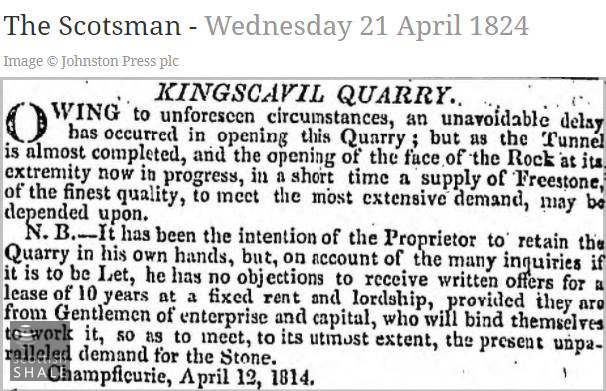 The tunnel is almost complete...