Secrets beneath the Soil

The Grangemouth to Uphall pipeline 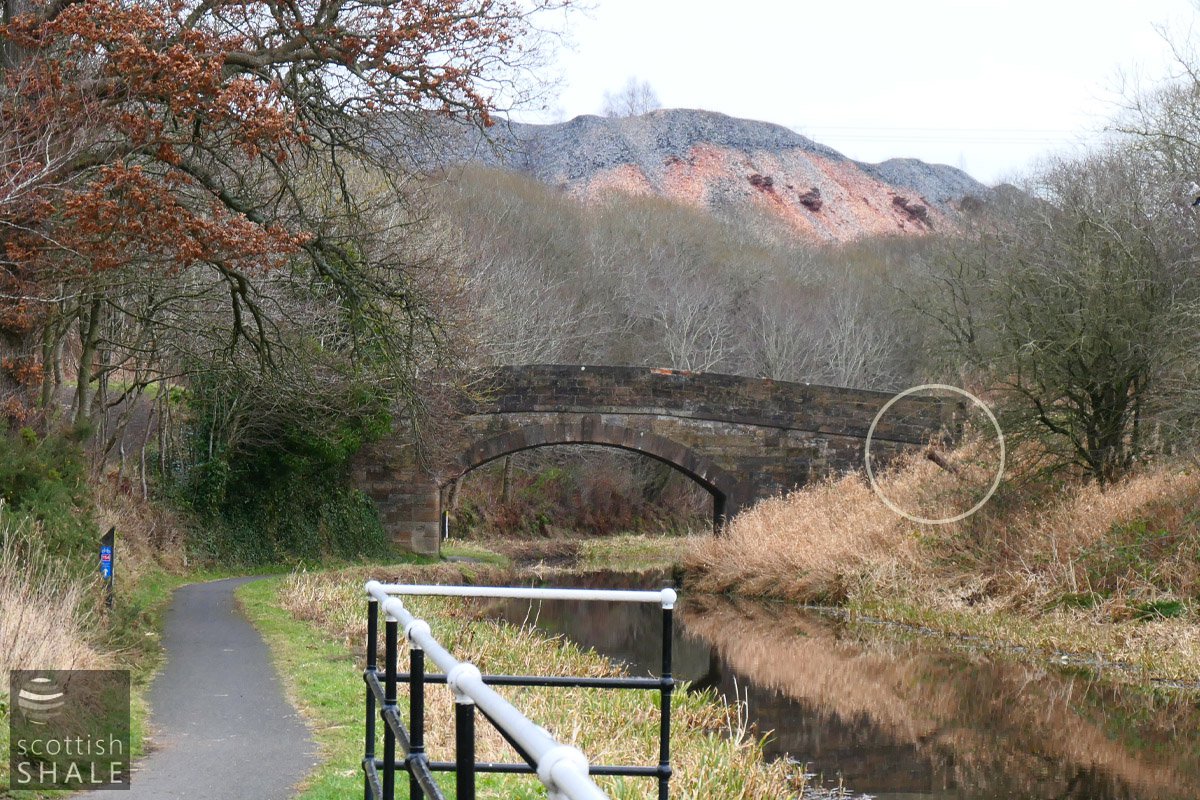 Hidden beneath fields in the north of the county lie the remains of a buried oil pipeline. This forgotten relic of the early days of the international oil industry is occassional exposed when sites are re-development, but a pipe stub poking though the undergrowth beside the Union Canal might be the only surviving visible evidence. 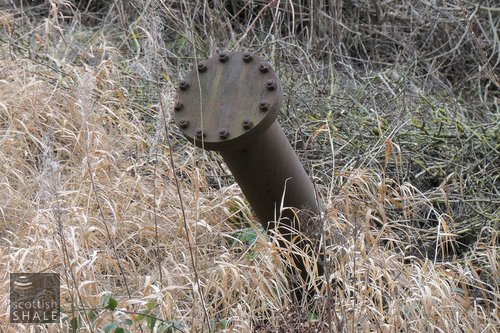 Immediately after World War One, a shortage of shale miners restricted the output of crude shale oil, and many of Scotland's shale oil refineries lay silent. During the conflict Britain's overseas oil interests had rapidly expanded, and increasing volumes of Persian crude oil began to be imported. By 1920, plans were being drawn up for a new refinery to process Persian crude at Grangemouth, a location well placed to tap into the expert workforce of the shale oil industry. Before finalising plans for the Grangemouth plant, crude oil was sent to some of the under-used shale refineries to help perfect the design for the necessary equipment. Most of this experimental work took place at the former Young's company oil works at Uphall, where the first consignment of Persian crude arrived in June 1920
It became apparent that Persian crude behaved very differently to crude shale oil during the refining process, and after more than a year spent tinkering with the process, many parts remained problematic. Visits were paid to Anglo-Persian's Llandarcy works, which had just started production, but it was not until Alexander C. Thomson of the Oakbank oil company was brought in to oversee matters that processes were perfected. The Oakbank company had gained some experience of refining imported oils during the 1880's and 90's. Thomson went on design new refinery plant at Uphall and at Grangemouth. 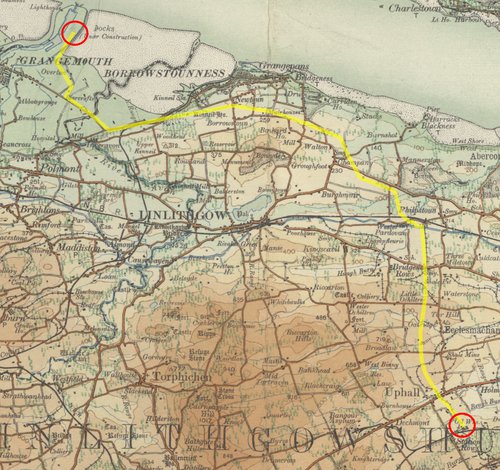 Refining capacity was quickly ramped up, and by 1924 a fleet of 60 rail tank wagons were engaged in shuttling Persian crude between the oil terminal at Grangemouth and the refinery plant at Uphall. It was at this stage the Scottish Oils M.D. William Fraser came up with a bold scheme for a network of pipelines to link Grangemouth terminal and refinery with many of the shale oil works. Plans were ultimately reined back to a single 8” pipeline following a thirteen and a half mile route between Grangemouth and Uphall. This undertaking required securing the consent of fifteen landowners, although parts of the route were able to follow the wayleaves of existing mineral railways owned by Scottish Oils. Construction of the pipeline cost £30,000, and a large electrically powered ram pump was installed at Grangemouth to force crude oil along the pipeline at a rate of 18,000 gallons per hour.

Further new refining plant was constructed at Uphall to process Persian crude and the old parts of the works that once extracted and refined shale oil were demolished. New cracking plant was installed at Uphall in 1929, enabling most of the output to be converted to road fuels that enjoyed a preferential rate of excise duty. Advertising campaigns promoted the advantages of BP petrol, described as “a high grade spirit specially refined for the Scottish market at the Grangemouth and Uphall refineries of Scottish Oils, Limited.
The Uphall refinery closed in 1936, made redundant by the continued growth of Grangemouth. Presumably the pipeline then served no further useful purpose, and was abandoned.

Large parts of the pipeline are likely to survive, slowly decaying beneath the fields of West Lothian. The pipeline is known to have followed the route of the railway that once linked James Ross' shale pits with Philpstoun oil works. This railway crossed the Union Canal on an arched stone bridge in the shadow of the Philpstoun bings. In the undergrowth just beside the bridge, a blanked-off pipe, a blanked-off piece of steel pipe still points expectantly into the air. This will once have formed a pipe bridge arching across the canal, and seems just in the right place to have been part of the pioneering pipeline. 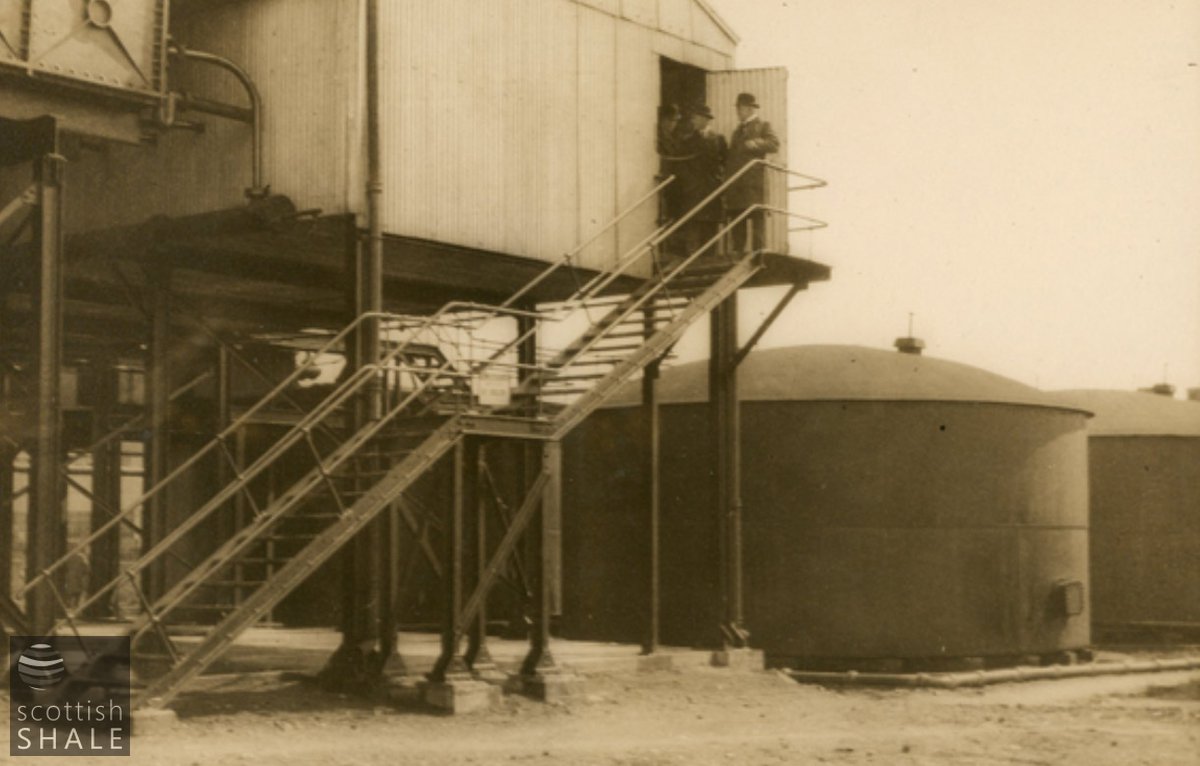 Crude oil storage tanks at the Grangemouth end of the pipeline. c.1924 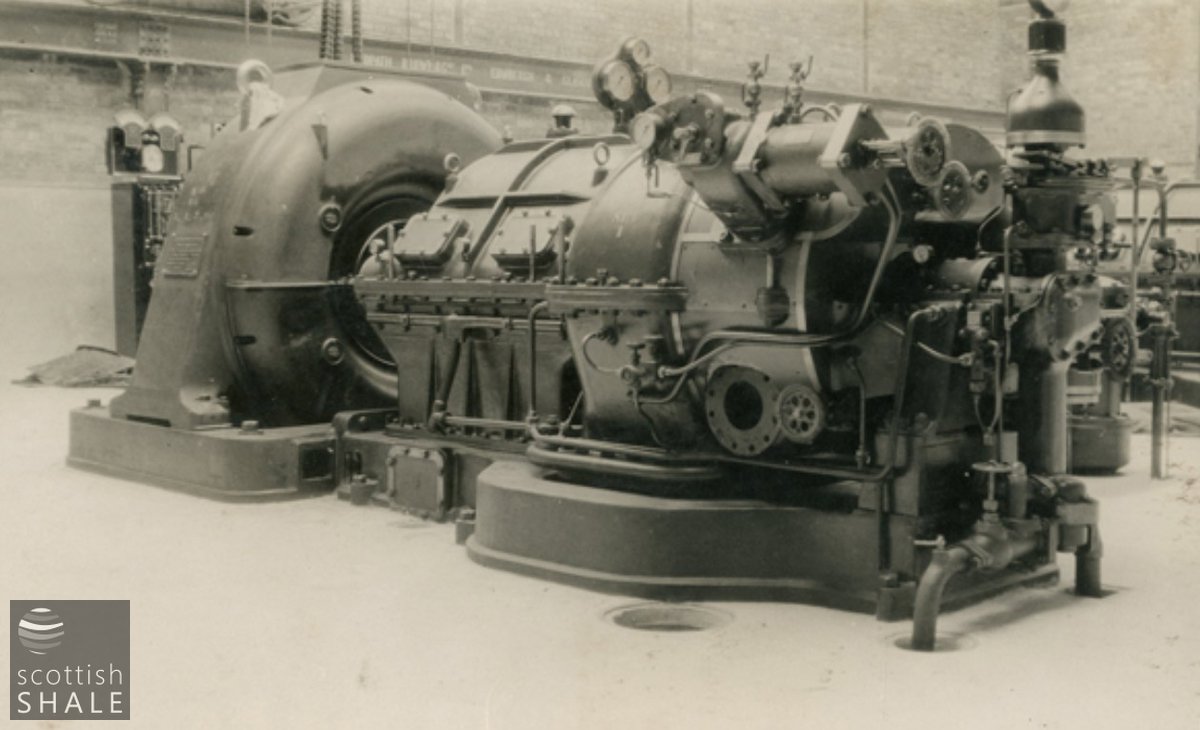 A large pump at Grangemouth c.1924, perhaps the ram pump that served the pipeline 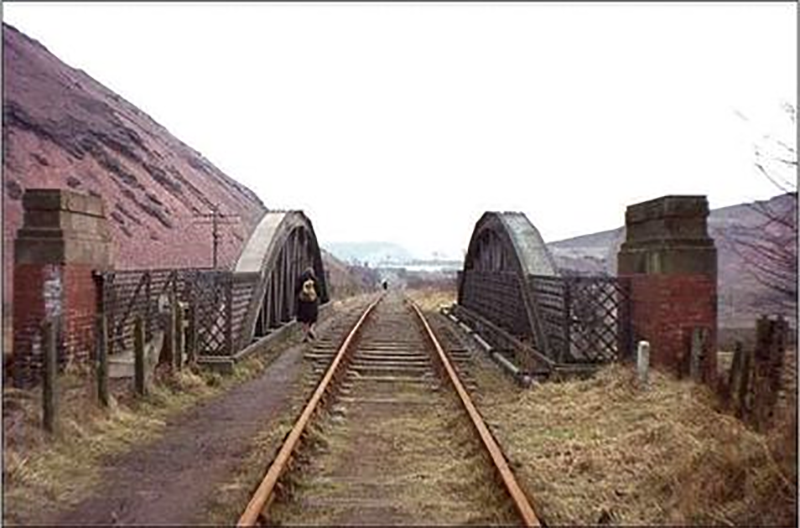 Bridge over the A89, looking towards the site of Uphall oil works - might the exposed pipe, to the right of the rails, be the pipeline?