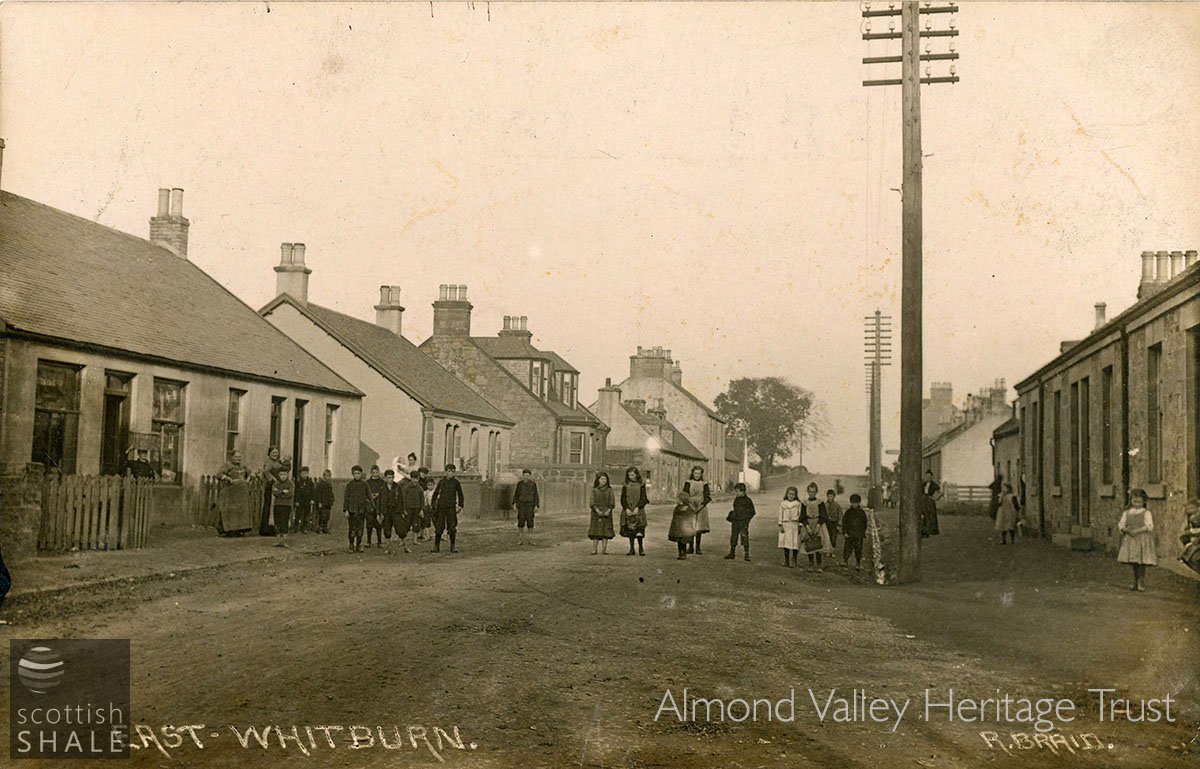 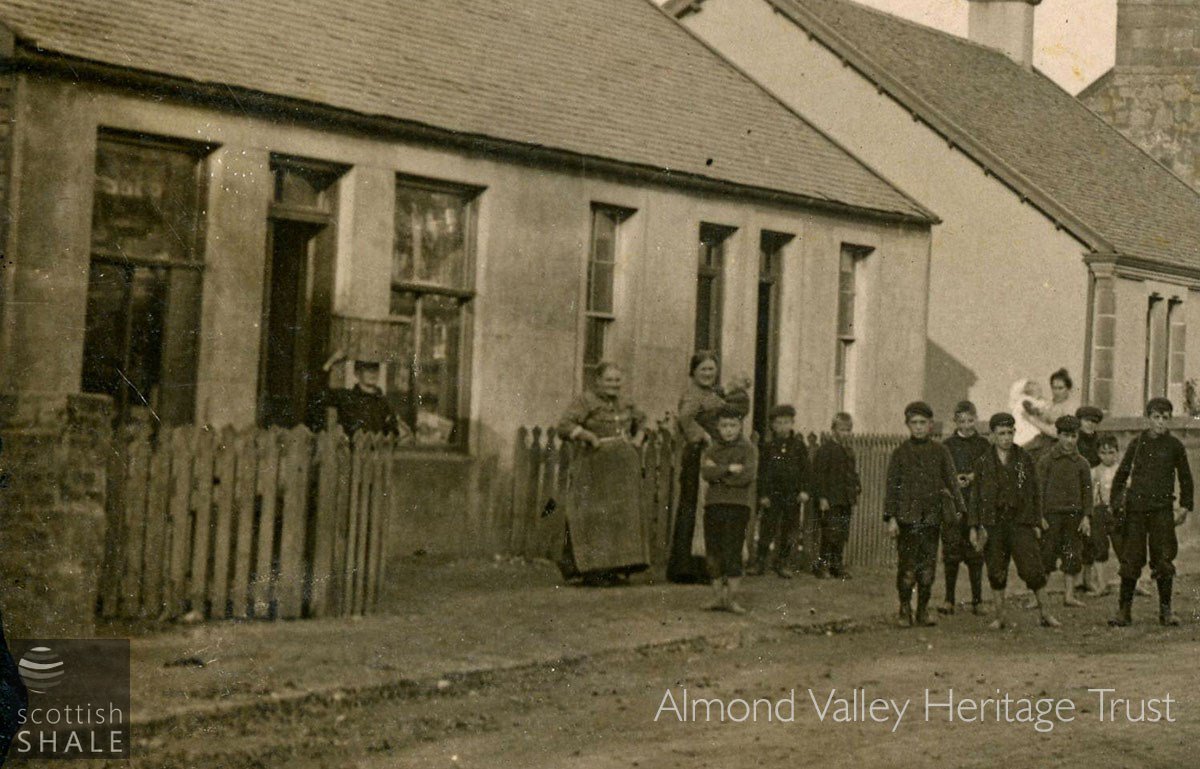 Close-up showing the local weans outside the shop.

Another wonderful image by Livingston photographer Robert Braid, taken in about 1910. Braid has set up his camera at the junction of Hens Nest Road and the Main Street of East Whitburn, looking east towards the bridge over the railway at Whitburn station. The local weans stand fearlessly across the main road between Blackburn and Whitburn.

Scanning from right to left, the single storey stone cottages nearest the camera will have been fairly new at the time of the photograph, but beyond them are a few lower cottages, shown on 1850’s maps, that date back to East Whitburn’s early days as a farming and weaving centre. Beyond these are a range of miner’s rows, built in about 1900 to house the workforce of Robert Forrester’s Whitrigg pit, and the high gable of the Gothenburg public house, where miners were encouraged to slake their thirst in a responsible manner.

On the north side of the road, the solid two-storey block was once the Swan Inn, constructed prior to 1780 to serve travellers on the great turnpike road between Edinburgh and Glasgow. The low pantile-roofed cottages between the inn and the junction with the Bathgate road, probably also date from that period.

The three buildings on the left side of the picture were constructed around 1900, and are the only ones that still survive. Nearest to the camera is a shop outside which stands a lady with an impressive leather apron and someone balancing a wicker basket on their head. 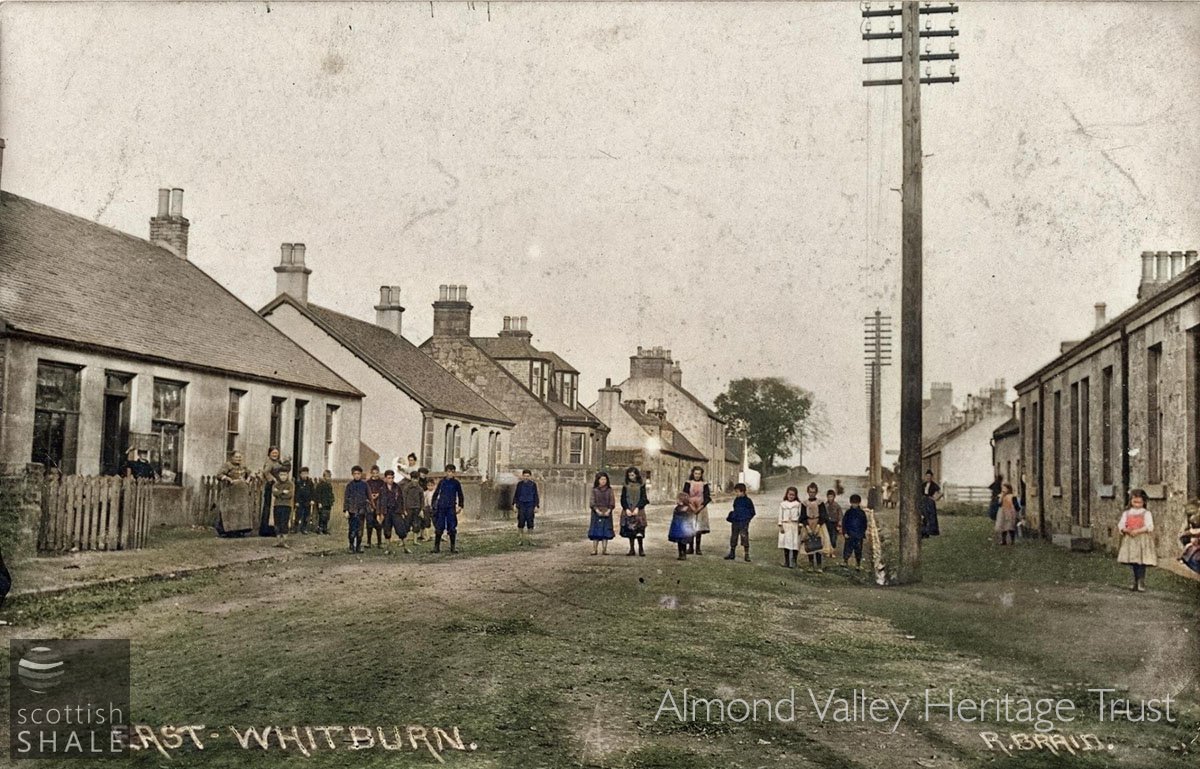 An automatically colorised version of the picture. 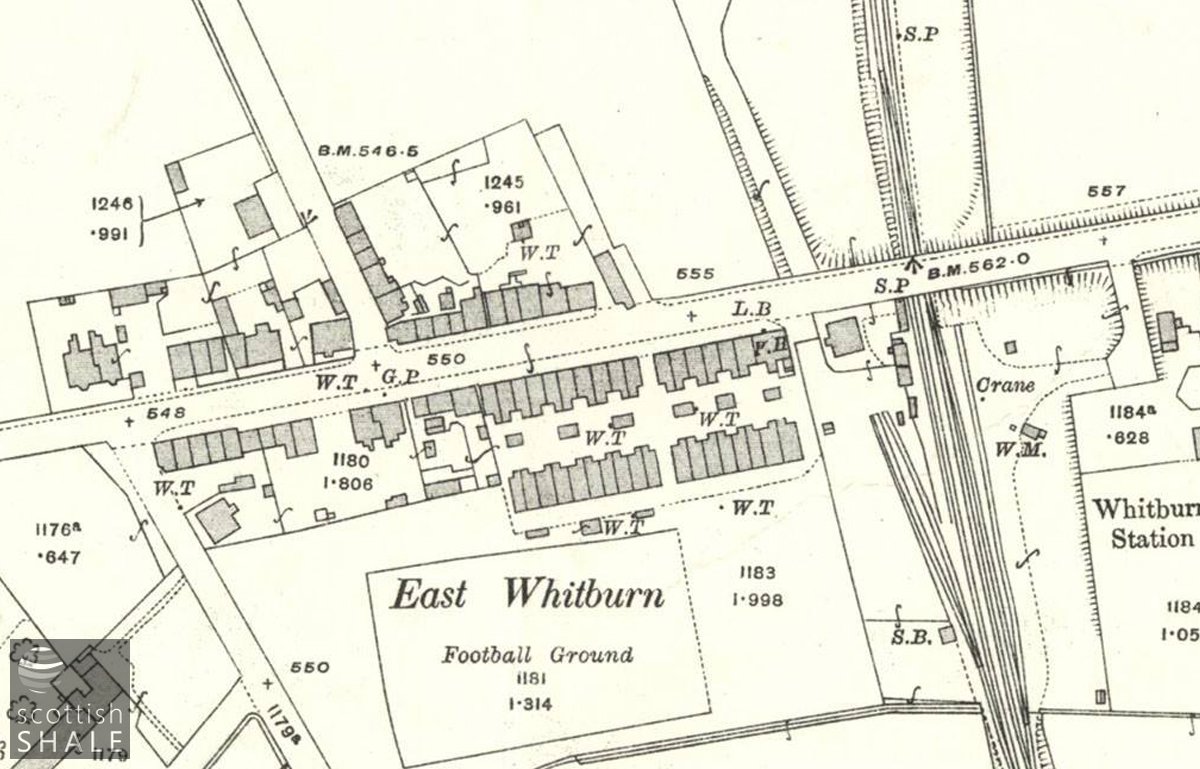 It seems that this was the grocers and fruiterers shop run by Charles and Mary McGillveray (please let us know if we are mistaken !). The 1911 census records Charles and Mary living there with their nine children. Other members of the McGillveray family lived in adjacent property. A store and stable were associated with the shop, presumably as the base for a travelling grocer’s van.

The business later passed to their son Joseph. Joseph and wife Marion set up home in the house associated with the shop, known as “Dunmaglas”. Their first son Angus was born there in 1930 and was to become a great exponent of Scottish culture. He joined the Scottish National Party in 1952 and played a critical role in the emergence of the party as a serious political force; taking charge of raising awareness, support and funds for the party during the 1960’s and 70’s. Angus, who also served on West Lothian District Council, died at Dunmaglas in 1996.

On 26th April 2019, an empty school bus lost control, crossed the road and ploughed into the front of the building. Thankfully no one was injured, no other traffic was involved, and the eastern half of the property was unoccupied, having been sold at auction only a few days previously. 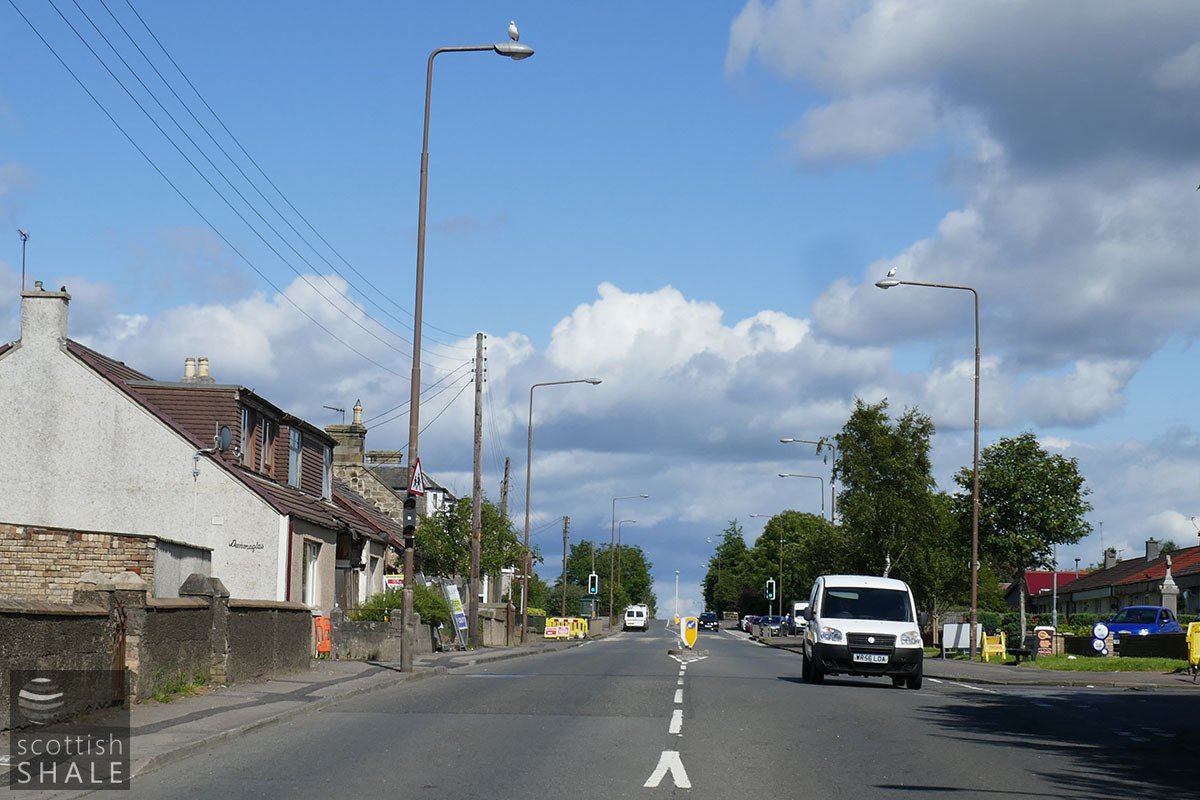 Close to the scene today. 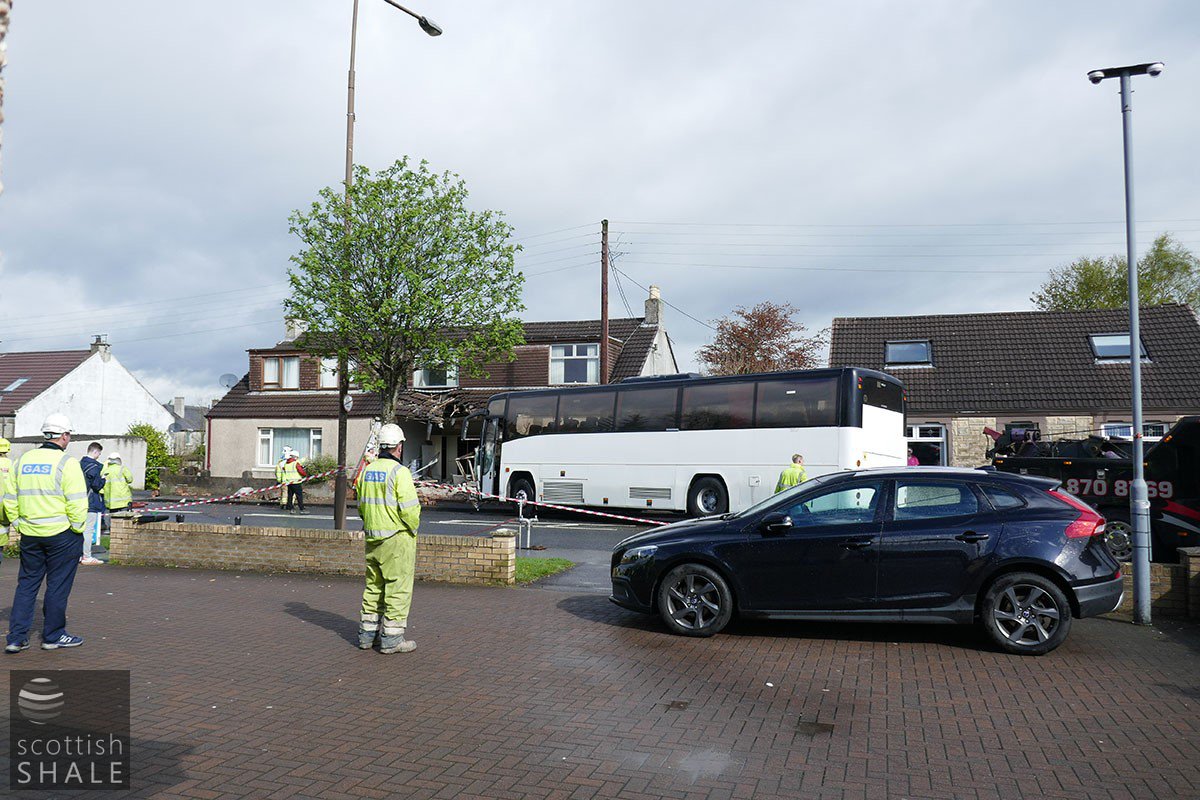 26th April 2019. A recovery vehicle hauls the crashed bus from the house, while gas board officials look on. 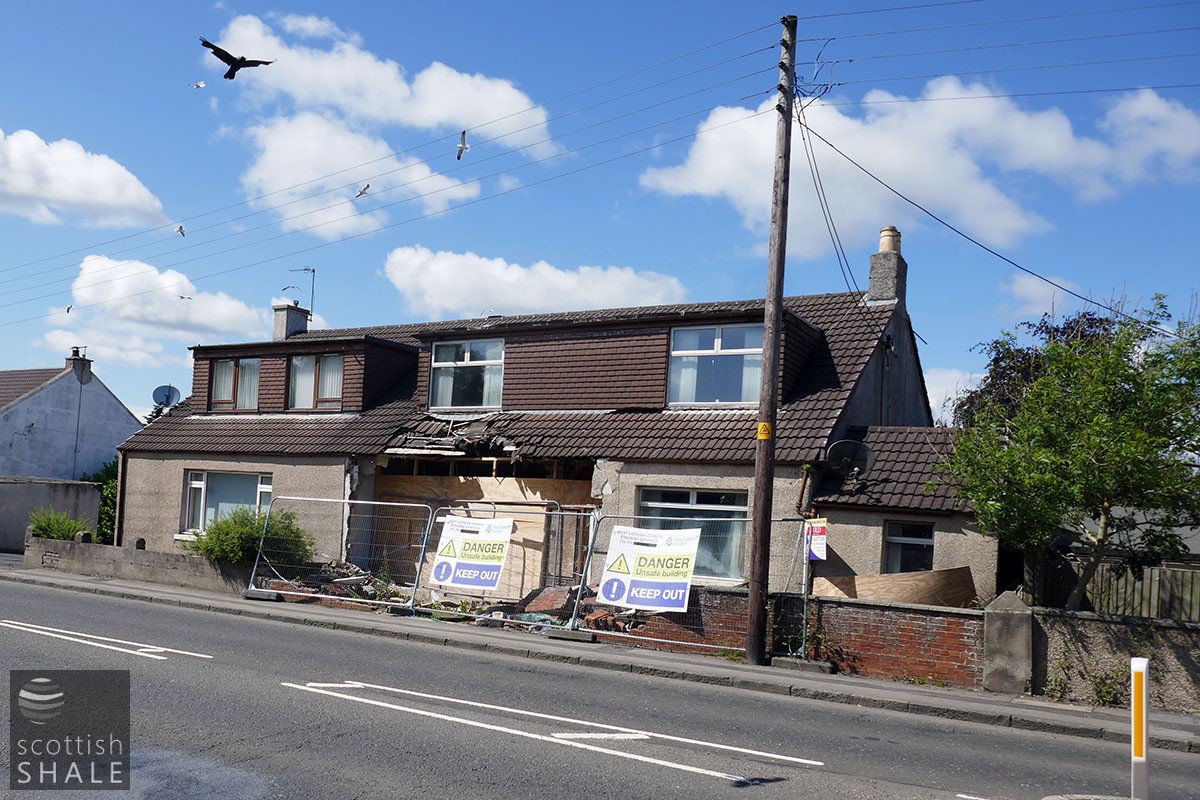 The scene recently, with aerobatic display. 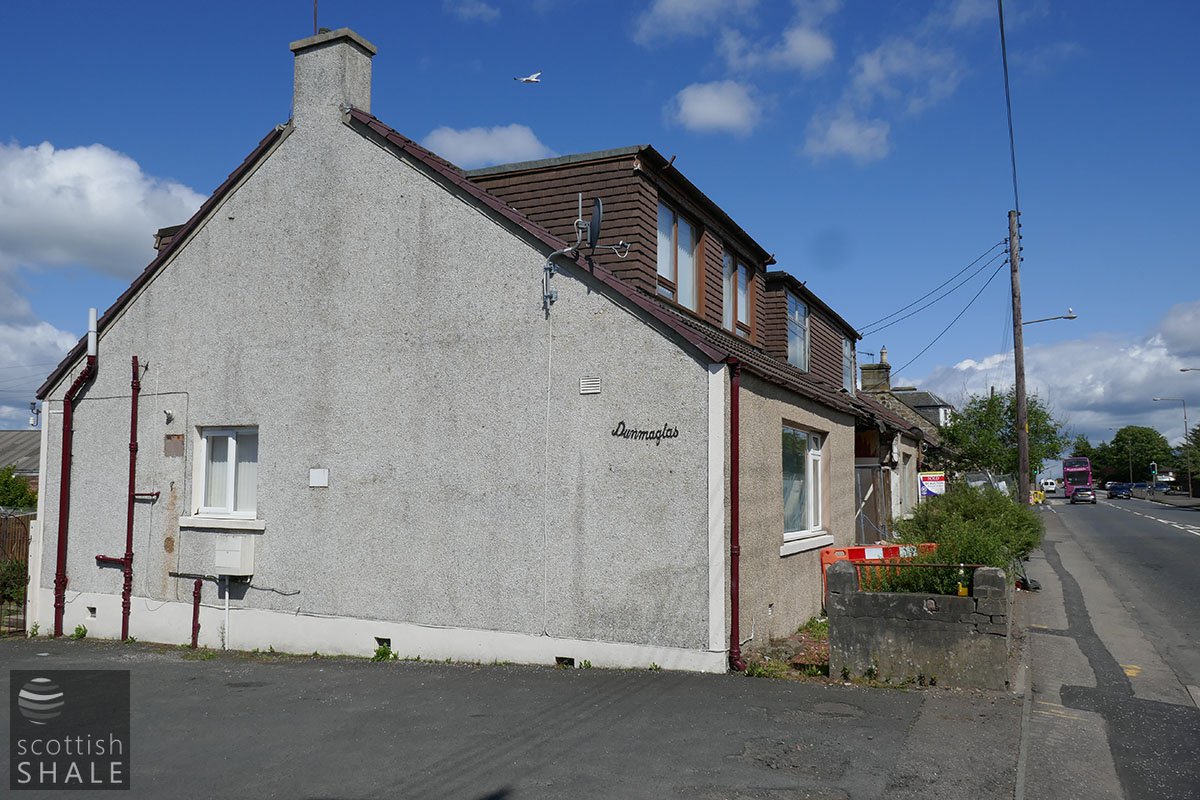 Dunmaglas. This half of the building seems to have been spared serious damage.