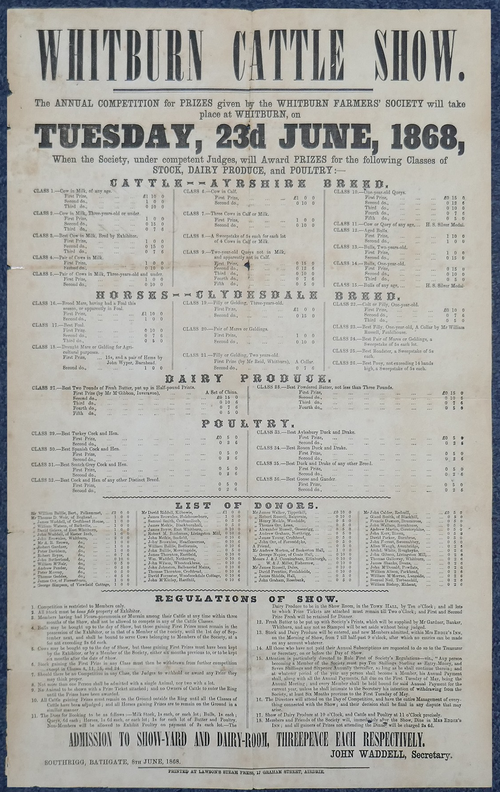 In 1848, the Whitburn Farmers Society held their first annual show. In an age of great interest in agricultural improvements, the owners and proprietors of the great farms of the district welcomed the opportunity to meet, compete, and show off the best of their livestock in a spirit of friendly competition. It was one of the first agricultural shows in the area, and unusual in welcoming entrants from outside of the parish. Within a few years of founding, it was said that “as a consequence of the liberal and enlightened nature of the society”, the show had been opened to competitors from Bathgate and Livingston parishes, and soon also attracted entries from such far-flung parts as Falkirk and Midcalder. The costs of staging the Whitburn Cattle Show (as it was known) were met by donations from the local farmers and landowners who made up the membership of the society. As soon as the judging and business of the show was concluded, these good people adjourned to Mrs Eddie's Inn (the old Whitburn Inn) for a grand dinner with speeches, songs and games. This happy gathering was the highlight of the social calendar for the great and good of the rural community.

In its early years, the show was held in fields immediately behind the Mrs Eddie's Whitburn Inn; – roughly the land now occupied by the Whitburn Junior's Central Park, the cemetery and the community centre. This convenient location, close to Whitburn Cross, allowed a room at Mrs Eddie's inn to be used for the display and judging of dairy produce, and attract many townsfolk. It was reported that “besides the exhibitors of stock there was a numerous company of spectators, including a very fine turn out of the fair sex.”

The competition classes were remarkably consistent through the early years of the show. Only Ayrshire cattle were judged – the horned breed of dairy cow almost universal in the area at that time. Similarly there were only prizes for Clydesdales; the workhorse of farms and industry at that period. Robert Buchanan of our own Livingston Mill Farm was a regular donor to the show, and also regularly won prizes for his renowned Clydesdale horses. There were also awards for various classes of turkey, duck, geese and chickens, including the traditional Scots grey hen. Dairy produce was limited to pats of fresh butter, and to powdered butter; a little remembered process of dairy preservation.

As land in the centre of Whitburn was gradually built up, the annual cattle show moved between various surrounding farms and fields. The show continued to be part of local life until at least 1949.

Through the years, many thousands of posters must have been pinned in windows or pasted to walls to advertise the annual cattle show. This disposable ephemera would have quickly discarded once that year's show had passed. Through a quirk of fate, a poster promoting the 1868 show has survived to become part of our collection. James Waddell of Crofthead house was a regular supporter of the show and donated £1 towards the 1868 show; one of the more substantial contributions. A folded copy of the poster was posted to Waddell, perhaps for his approval. For whatever reason it was forwarded to an address in Rothesay and retained within family papers. This well-travelled piece of paper is wonderful link back to a rural Whitburn, and an age before mining and industry transformed the parish. 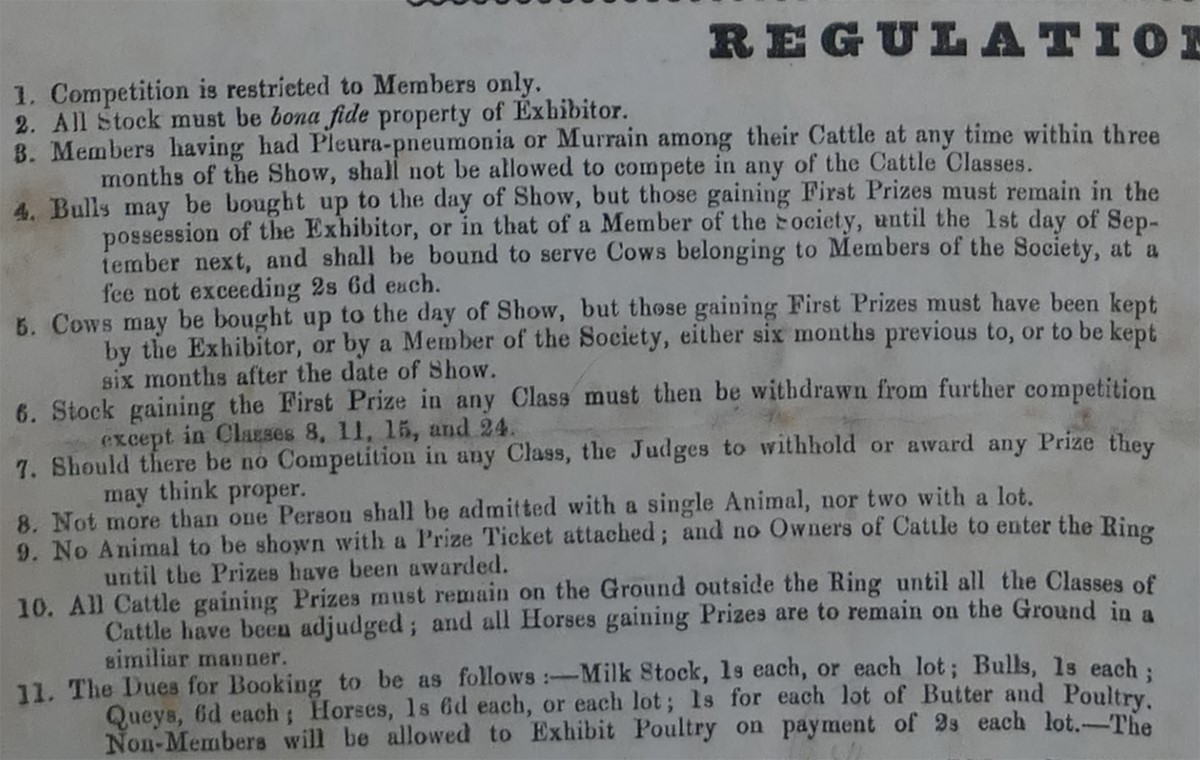 A close up of regulations. Two years previously no cattle were displayed at the cattle show due to animal disease restrictions. 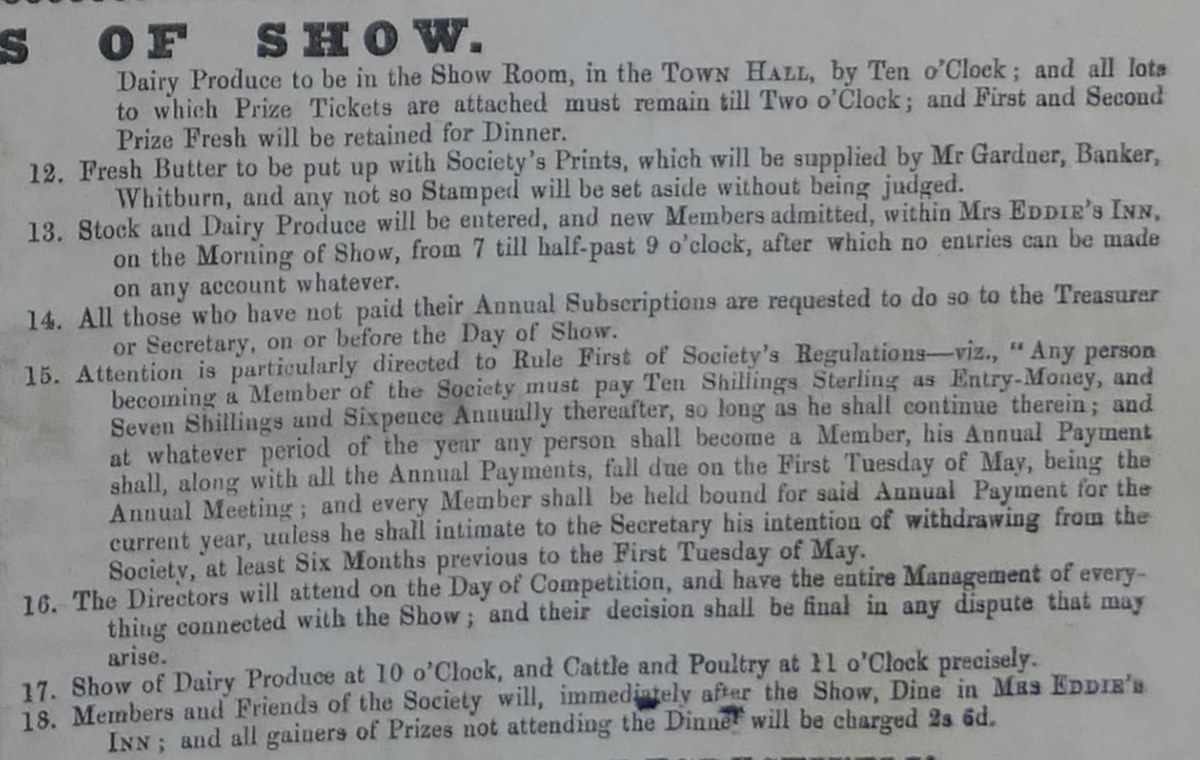 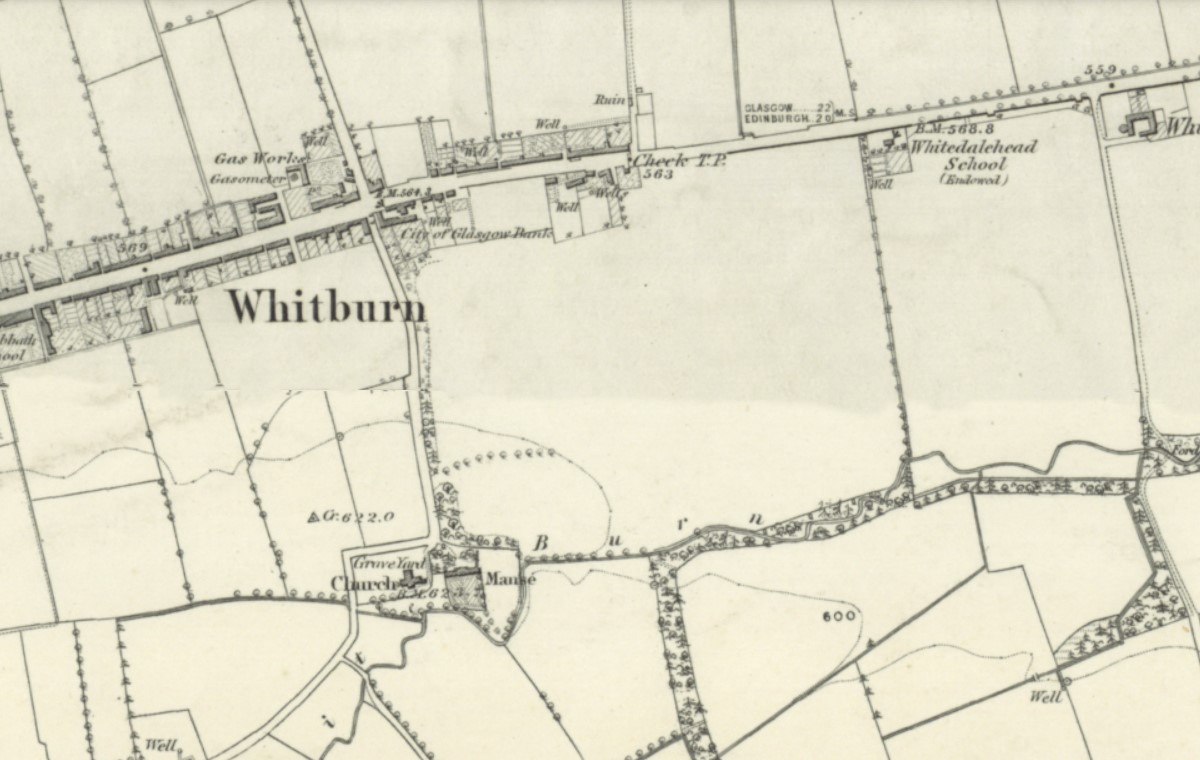 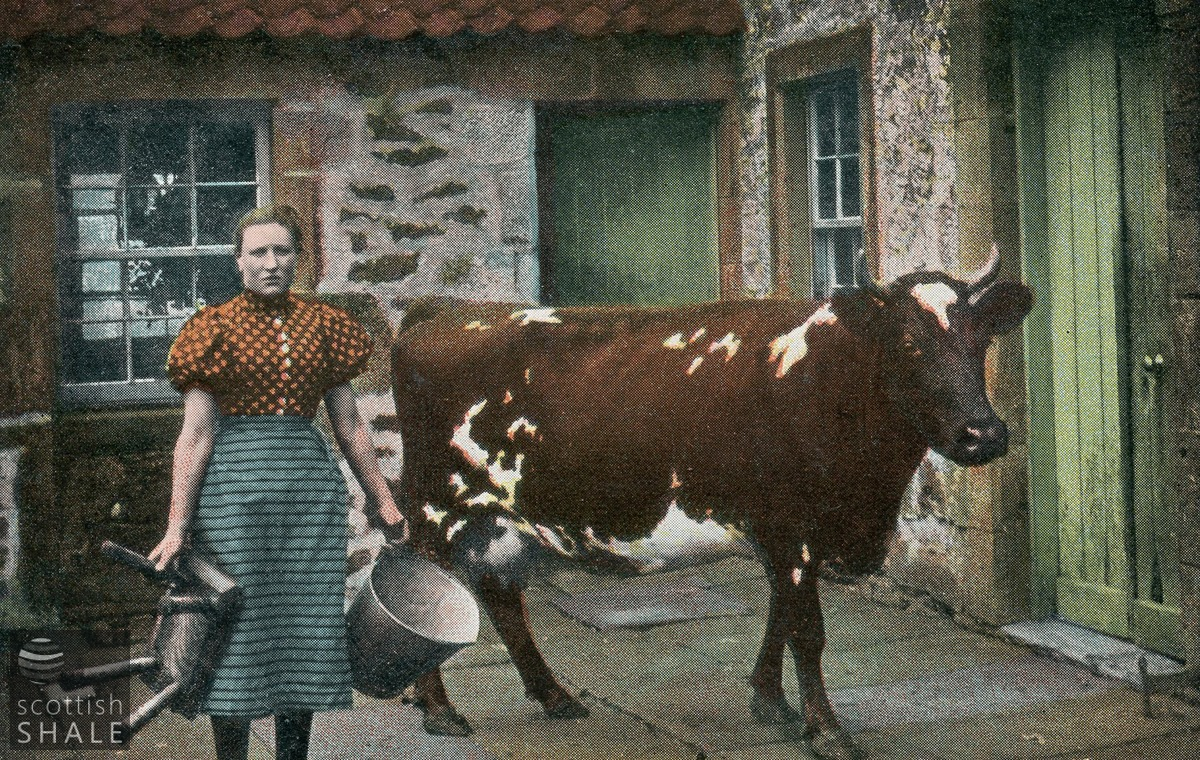 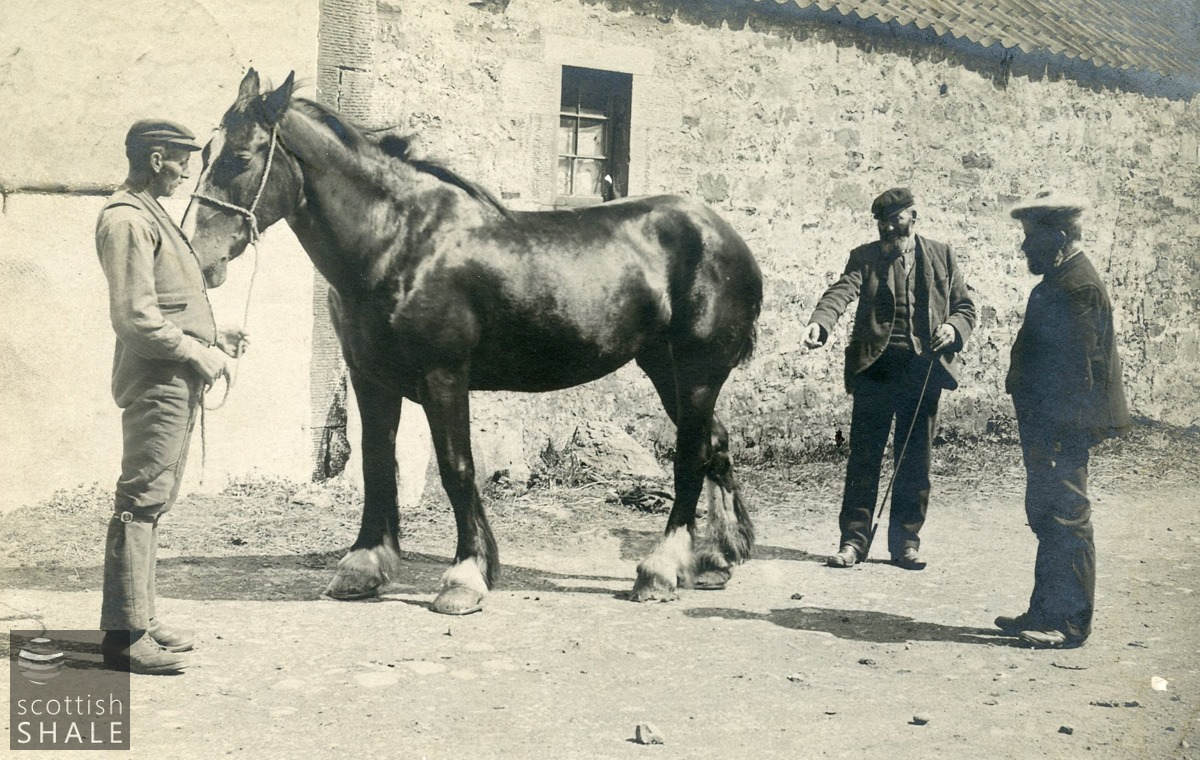