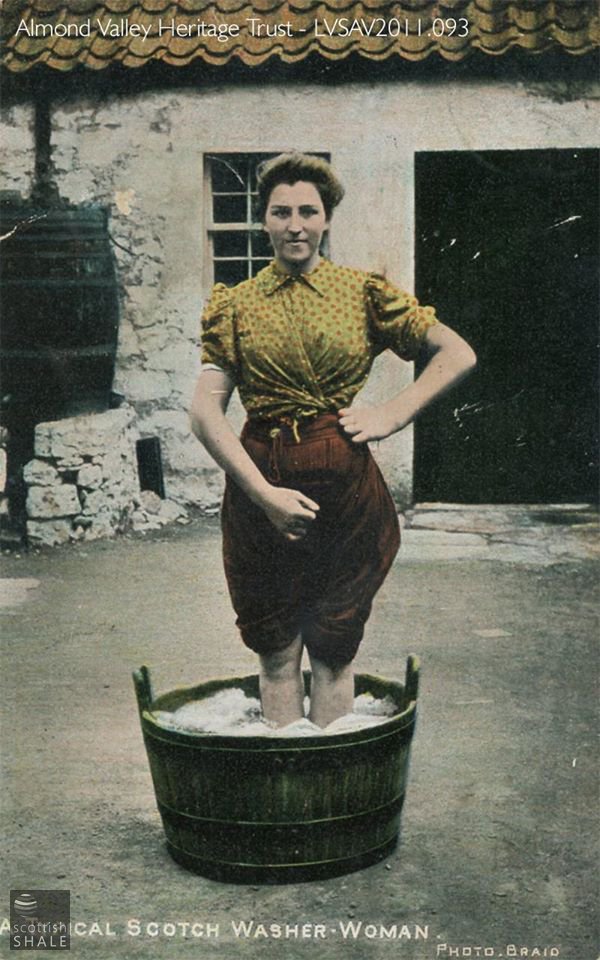 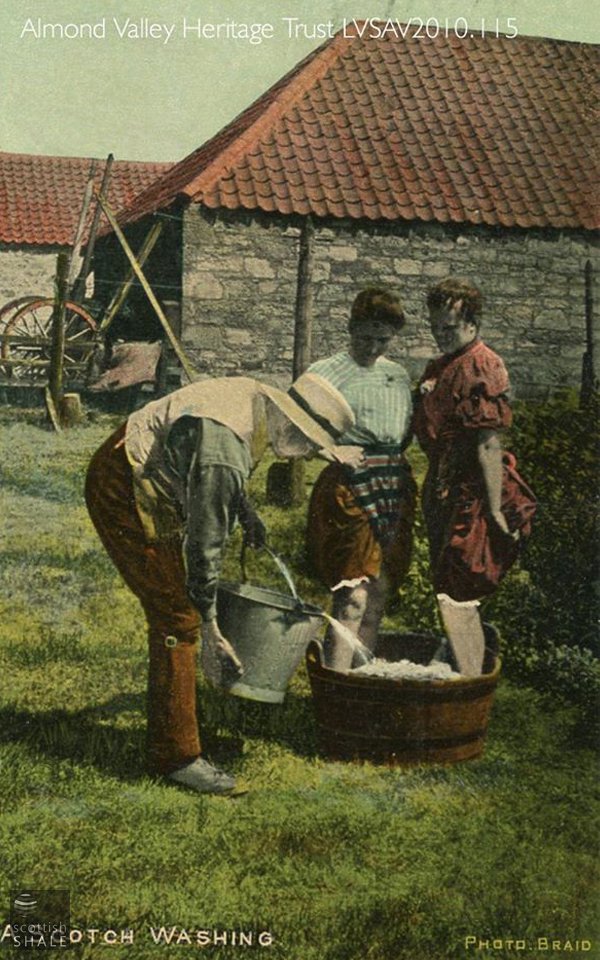 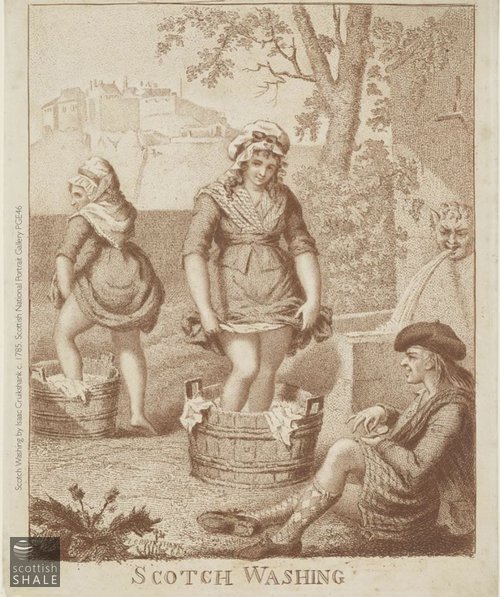 The Scots and the English were once distinguished by the way that they did their laundry. While English ladies might spend their day bent double over the washtub, Scots lassies would hoist up their skirts, jump into their tub, and trample the dirt out of their soiled washing.

In an age before mains water, the housewives of a town might congregate around burns and public fountains, set up their washtubs, then hitch up their skirts ready for action. In the early 18th century such an open display of soapy, shapely calves became something of a tourist attraction on Glasgow Green, while in Aberdeen, magistrates banned such daring behaviour from all public places

Like tartan and heather, the practice of "scotch washing" became part of the romantic stereotype of Scotland that emerged during the Victorian period, and views of lassies hoisting up their skirts in scenic highland glens adorned the walls of many homes.

In the opening years of the 20th century, a craze for picture postcards offered new opportunities to share such couthie images. Livingston-based photographer Robert Braid was quick to exploit this new medium, capturing pictures of family and friends in a range of costumes and poses which were then tinted and printed in bulk by the Glasgow firm of Millar and Lang. Among the large range of romantic, humorous or mildly titillating cards produced by Braid were a sequence illustrating “scotch washing”, which tradition suggests featured his family, and were photographed at Livingston Mill Farm.

The familiar architecture of sandstone walls and pantiled roofs that form the backdrop of many of these happy scenes of washing certainly look like Mill Farm, however it’s difficult to match these to the surviving buildings. Further evidence is needed to prove that so many fine Edwardian knees were once exposed at Livingston Mill.

Right: A prototype for later Scotch Washing images; an 1785 print by Scots charicaturist Isaac Cruikshank - this example from the collection of the National Portrait Gallery. 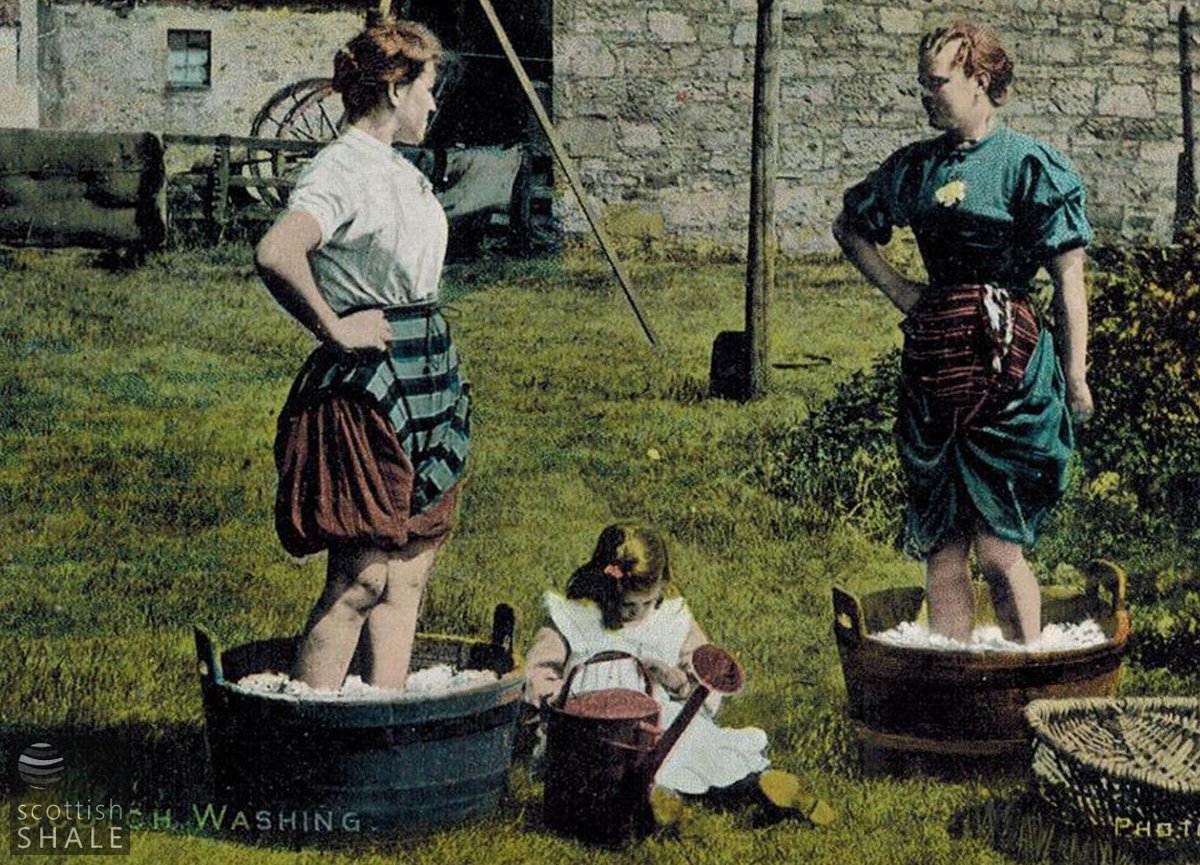 Is this Mill Farm in the background? 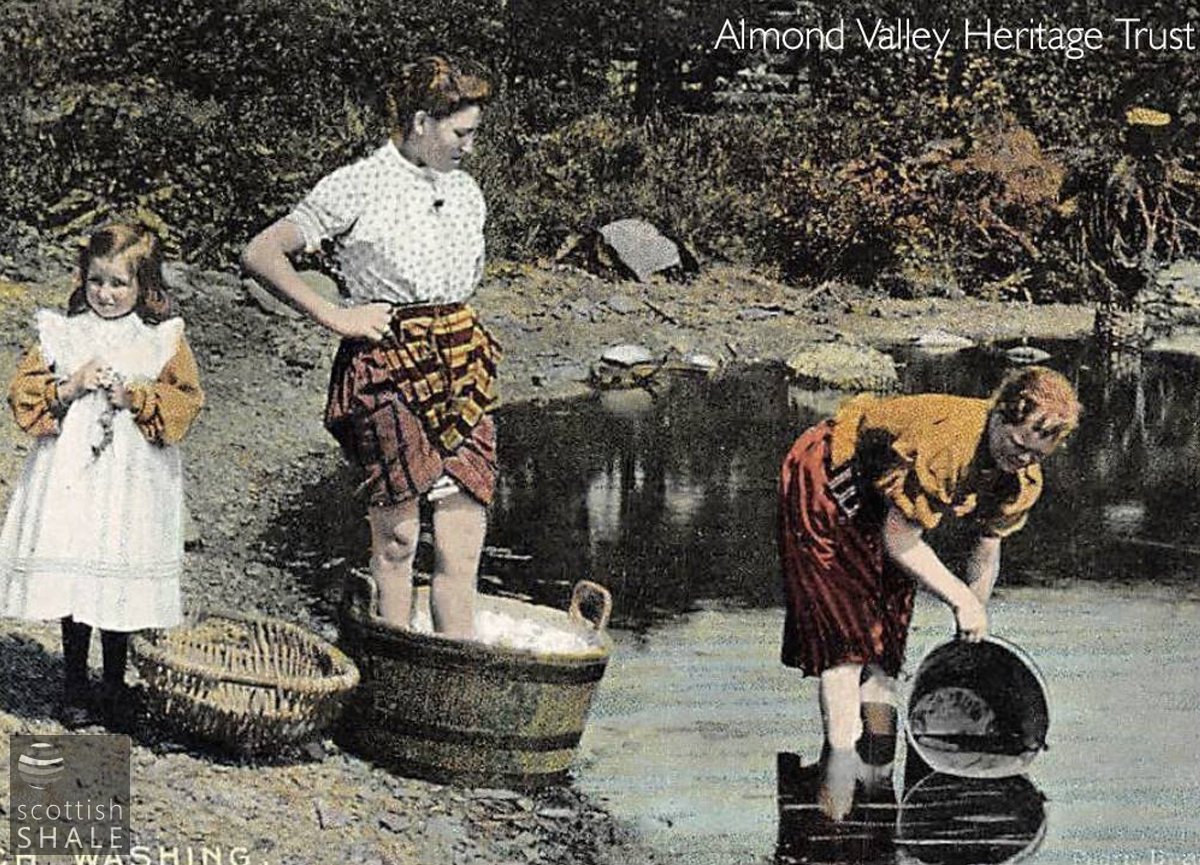 Is this the mill pond?

Robert Braid and family, details from the 1911 census. 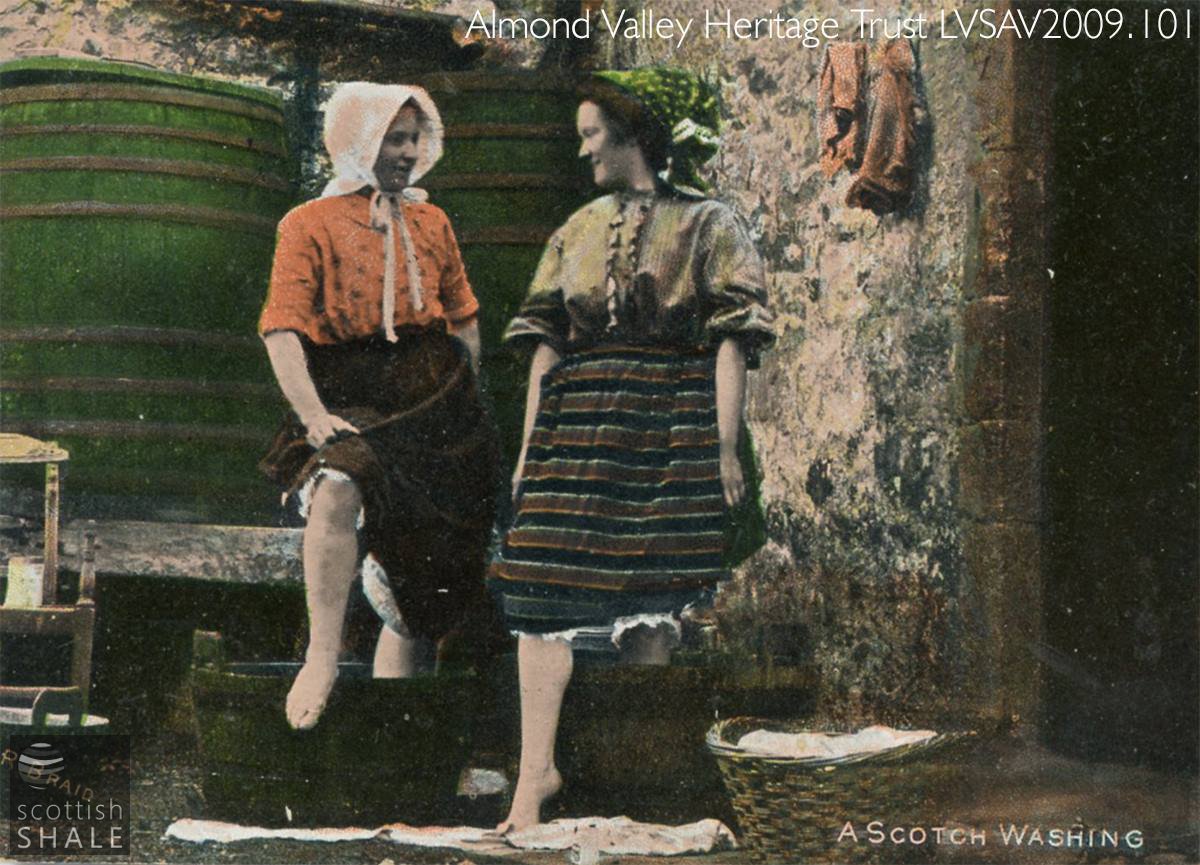 Washing can be fun. 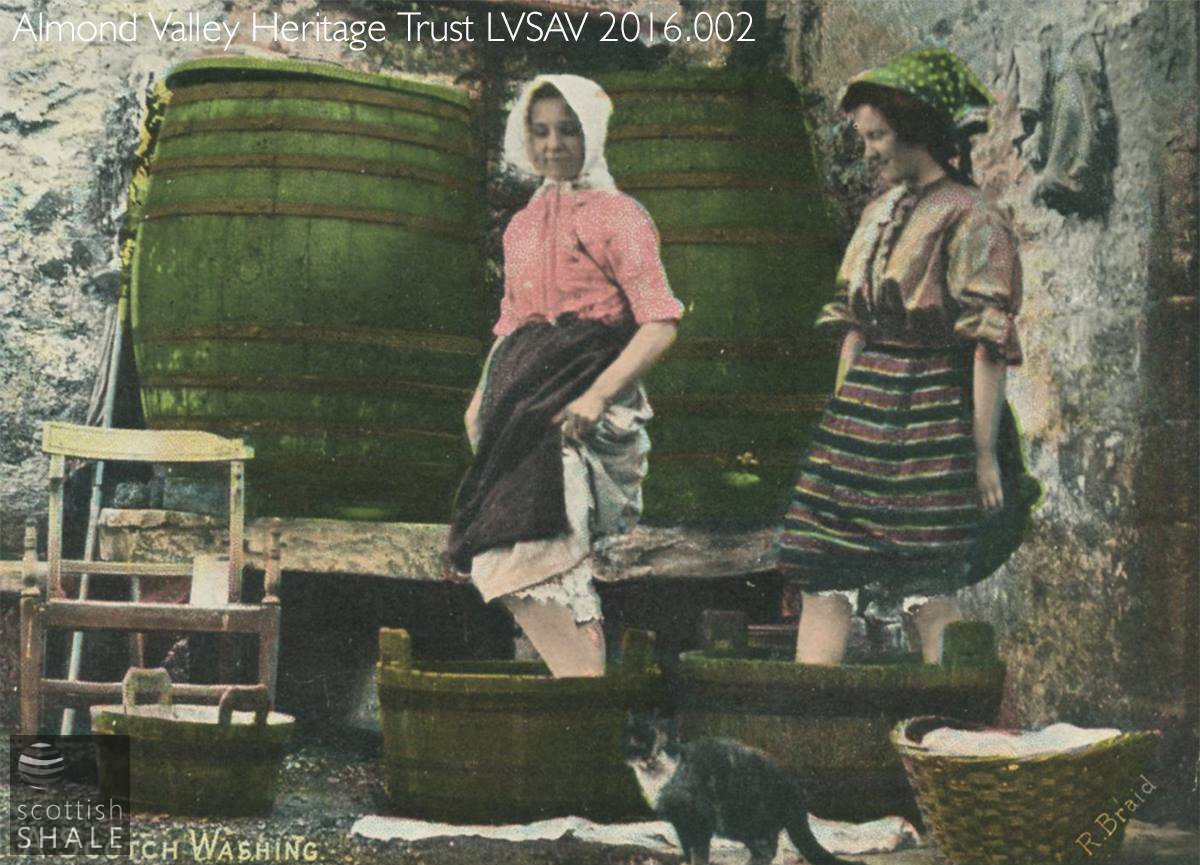