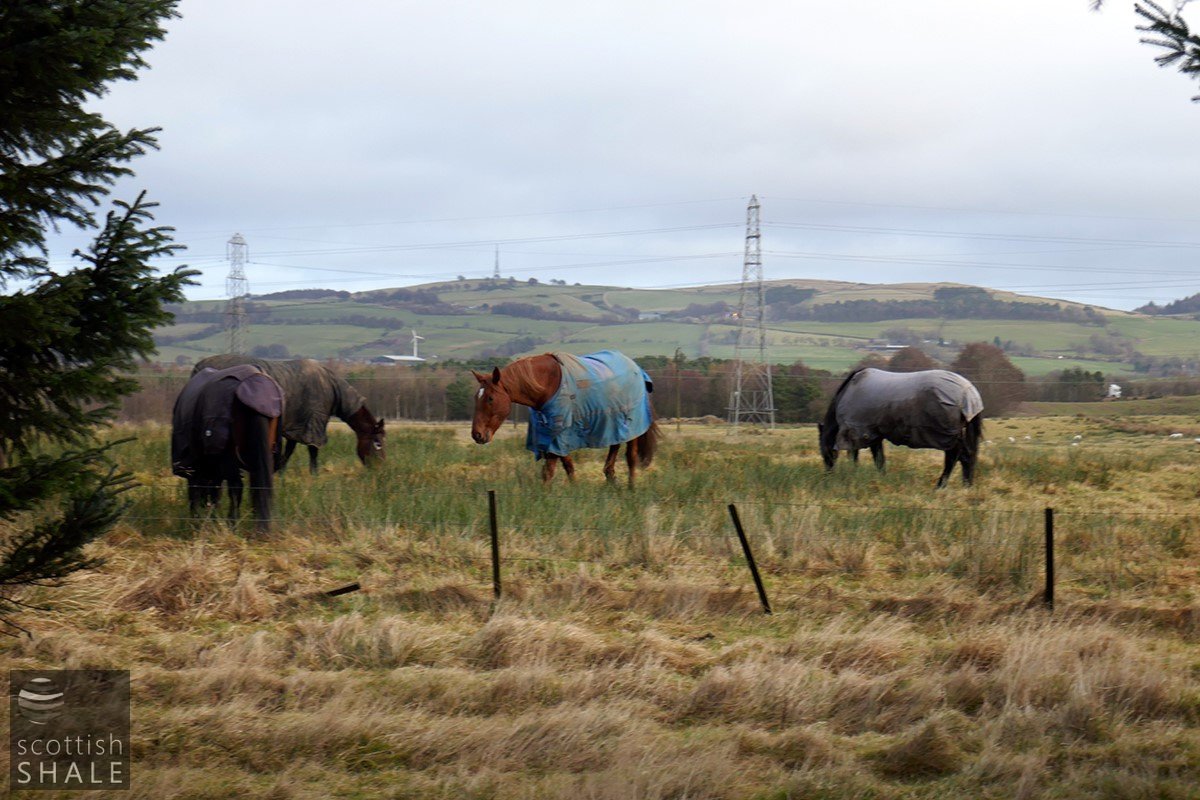 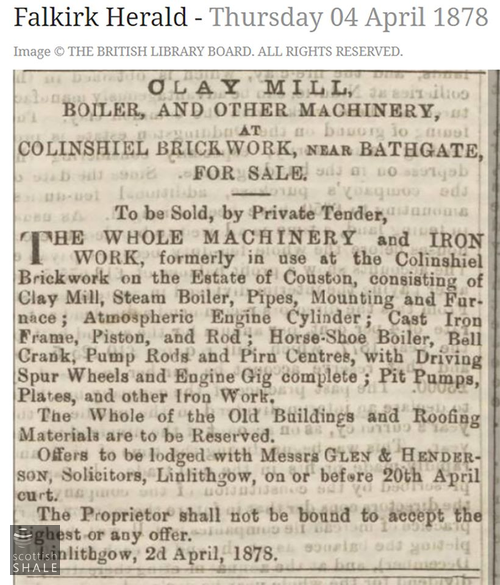 Thomas Newcomen built his first atmospheric engine in 1712, and during the 18th century this early form of steam engine was widely adopted to pump water from mines. When new, atmospheric engines were costly pieces of equipment, generally requiring a substantial engine house to support the rocking beam. Such major investment was only affordable by larger business concerns.

The engines consisted of a large iron cylinder fitted with a piston attached to a rocking beam. Low pressure steam was fed into the cylinder, a spray of cold water was then injected to condense the steam which then pulled the beam downward. This vacuum was then released by injecting more steam, allowing the beam to return to its original position. This lumbering, jerky, rocking, motion was suitable for lifting water from the pit bottom but was poorly suited for powering more sophisticated machinery.

James Watt's experiments with atmospheric engines led, in 1769, to the development of a steam engine in which the motive force came from the expansion of high pressure steam. While these steam engines were superior in almost every way to the atmospheric engines, pumping engines of the old atmospheric type continued to be built into the early days of the 19th century. Many of these simple primitive machines had a remarkably long life, and in their latter days became quite celebrated in the engineering community. The atmospheric engines at Farme colliery, Glasgow and Caprington Colliery, Ayrshire both operated for almost a century, and survived to be preserved in the opening years of the 20th century.

One of the few atmospheric engines known to have operated in West Lothian was at Colinshiel brickworks, just north of Armadale. The history of coal and ironstone mine at Colinshiels is complicated, and what is known owes a lot to local historian R. Hyde-Brown who, in 1906, published a series of newspaper articles on “Armadale Now and Then”. It seems that in the last quarter of the 18th century, the Carron Iron Company mined ironstone balls and coal in the Colinshiels area, probably in a succession of small pits. The calcinated ironstone was transported by cart to their ironworks north of Falkirk.

In 1817, Captain Sandilands of the South Couston estate advertised the mineral lease of the lands of Muirhall and Colinshiel, where test bores and a trial pit had indicated a substantial reserve of coal. It was noted that Colinsheil was “about two miles from Bathgate and Torphichen with good roads, free from tolls, and within three miles of the limekilns of Balbardie, Bathgate and Kirkton” which consumed large quantities of coal.

The earliest Ordnance Survey map, surveyed in about 1855, shows four pits at Colinshiel, a row of miners houses and store, and a series of tramways linking the pits to roadside loading points. Close to the shaft of Colinshiel No.1 pit, the map shows an engine-house and further shaft associated with the kilns of a brickworks, with a nearby an area of ground labelled “brick field”. It seems likely that this engine house housed the atmospheric engine.

R. Hynd-Brown doesn't record when the atmospheric engine was installed, but evidence points to a date around 1840. At that time, old atmospheric engines were being replaced by efficient new steam pumps, and it might be imagined that Captain Sandilands picked up the old machinery as a second-hand bargain. The large atmospheric engine was installed within “a high stone house with a wooden beam projecting from the wall at the top”. The intention had been to pump out the flooded workings of the “clay pit”, which had been sunk by the Carron Iron Company. Once the workings had been successfully de-watered however Captain Sandilands hatched a plan to use the old engine to wind coal. According to Hynd-Brown “ The engineer told him (Captain Sandilands) that it would require a greater steam pressure than the engine was built for….but the Captain was sure that if the pressure was raised, the engine would manage all right, and gave the engineman the order to raise the pressure”. “The order was carried out, (raising the pressure to 7 pounds per square inch from the normal 2 to 3 p.s.i) but the result was that the piston was blown up through the roof of the engine house, there being no cover on these cylinders” It seems that Captain Sandilands subsequently left such practical matters to others and in 1851 the mineral field was leased to the Shotts Iron Company. The component parts of the old atmospheric engine were sold off for scrap in 1878, although the engine house seems to have been left intact,

Ownership of the coalfield subsequently passed to James Wood & Co, later part of the United Collieries group, and production continued into the first decade of the 20th century. 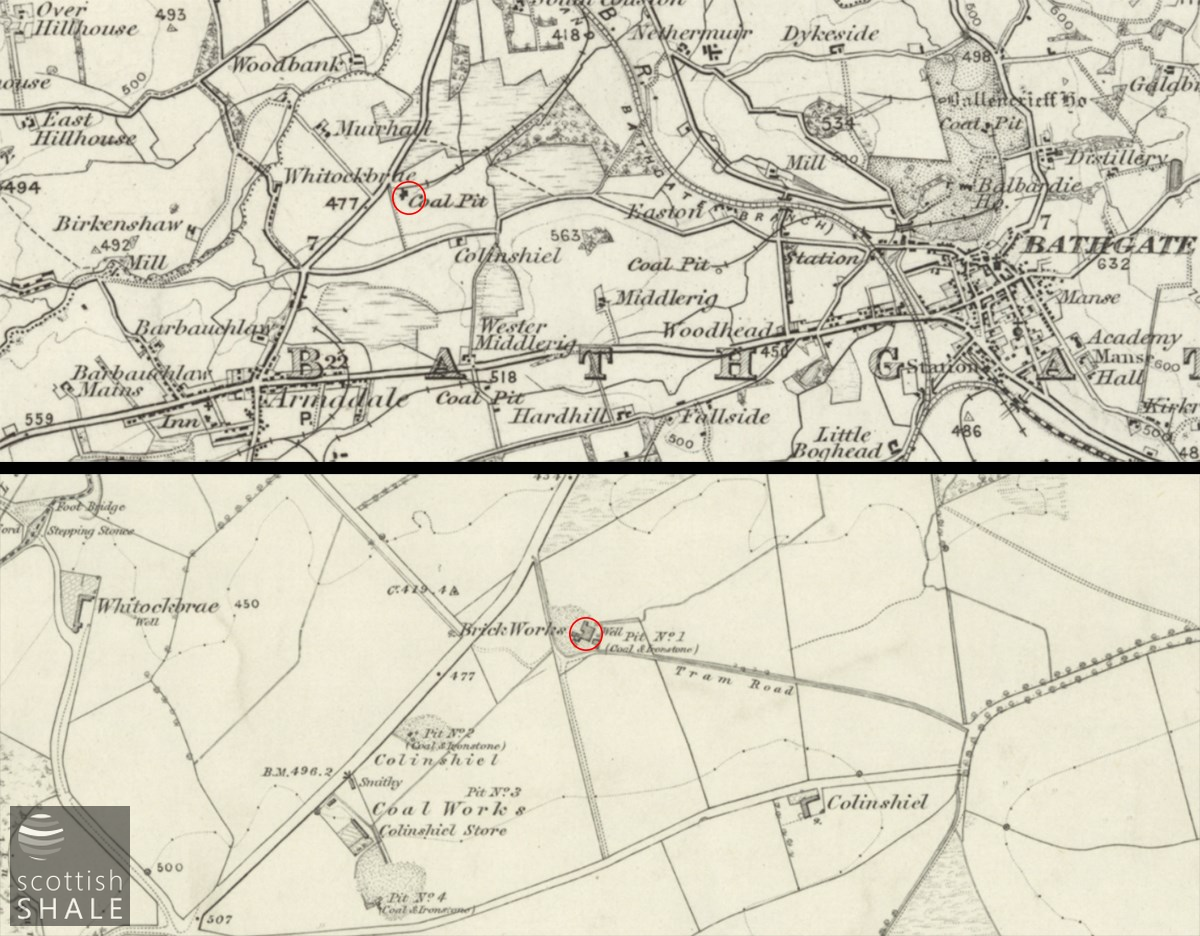 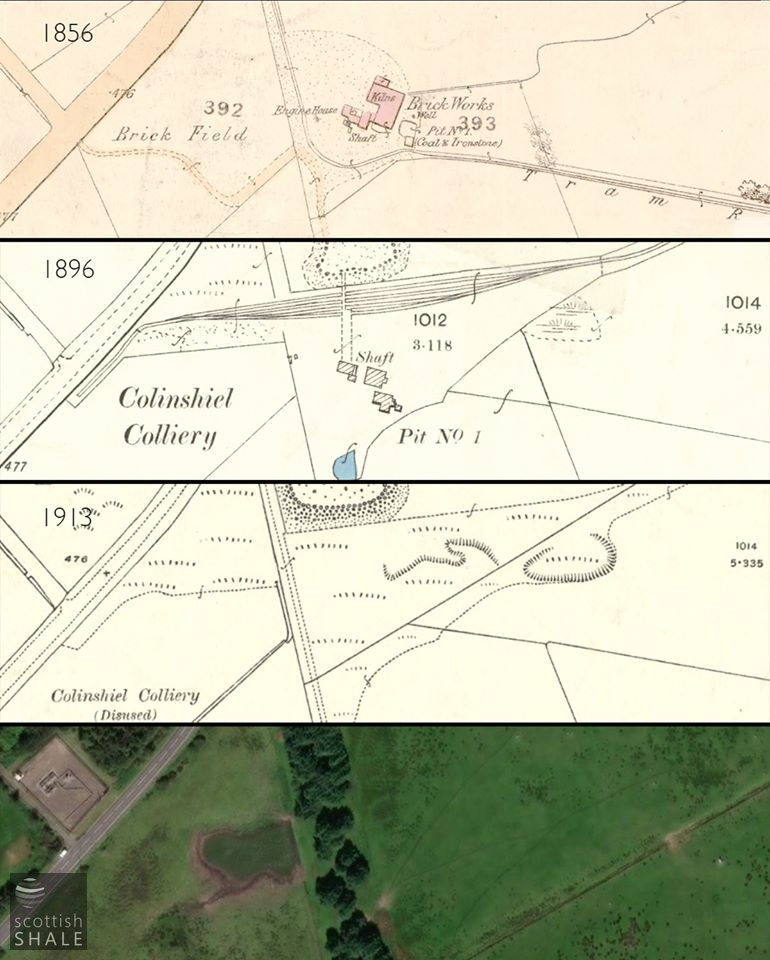 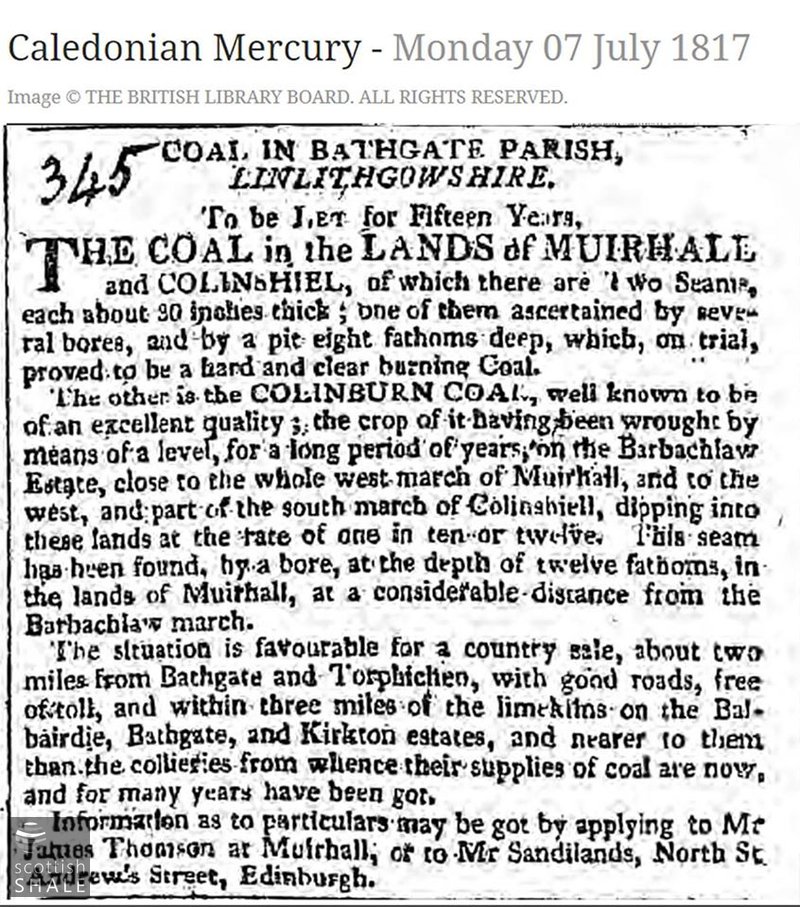 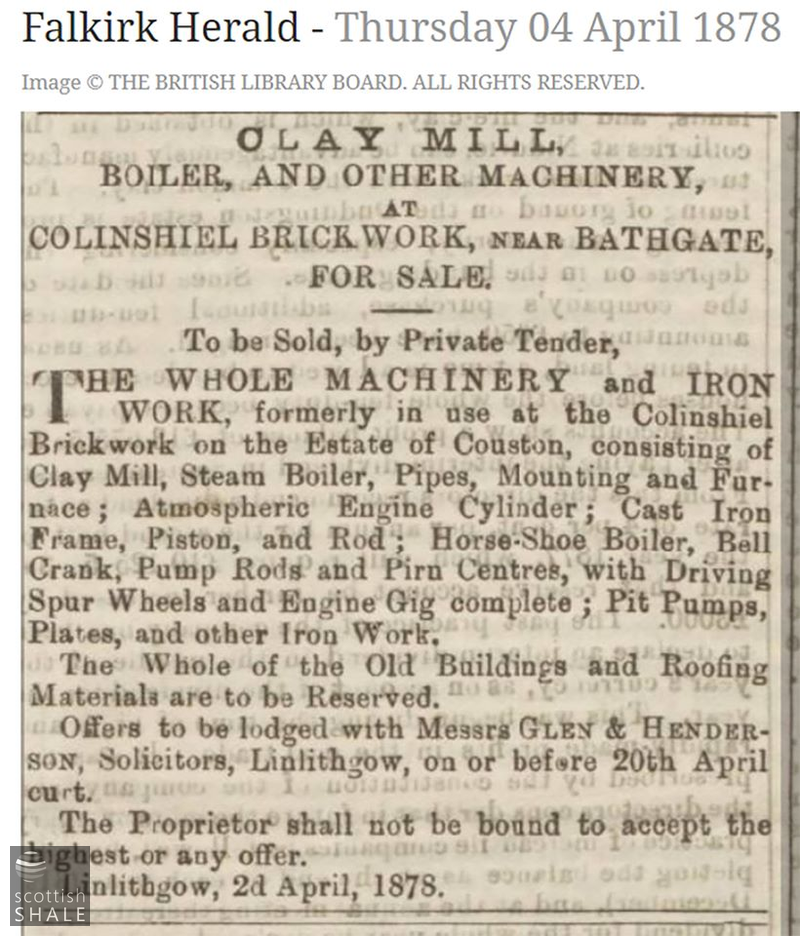 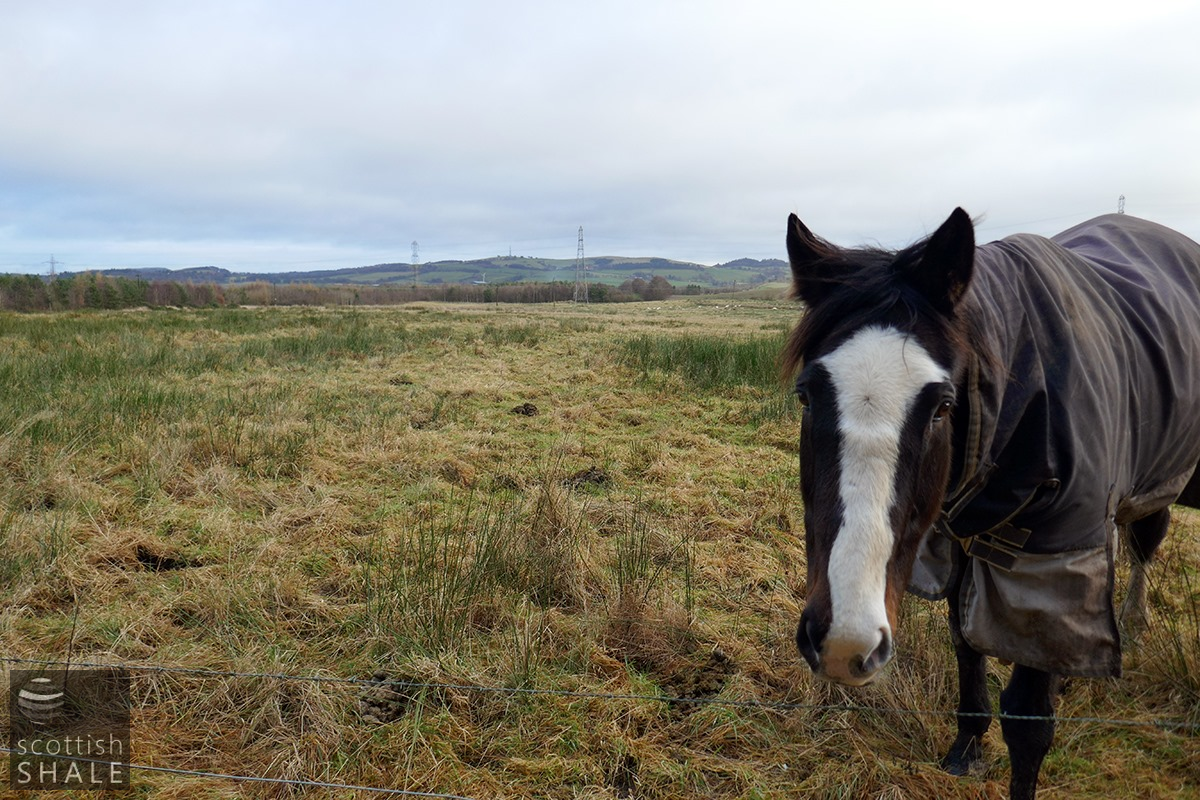 Site of the "Clay Pit" engine house, with local advisor 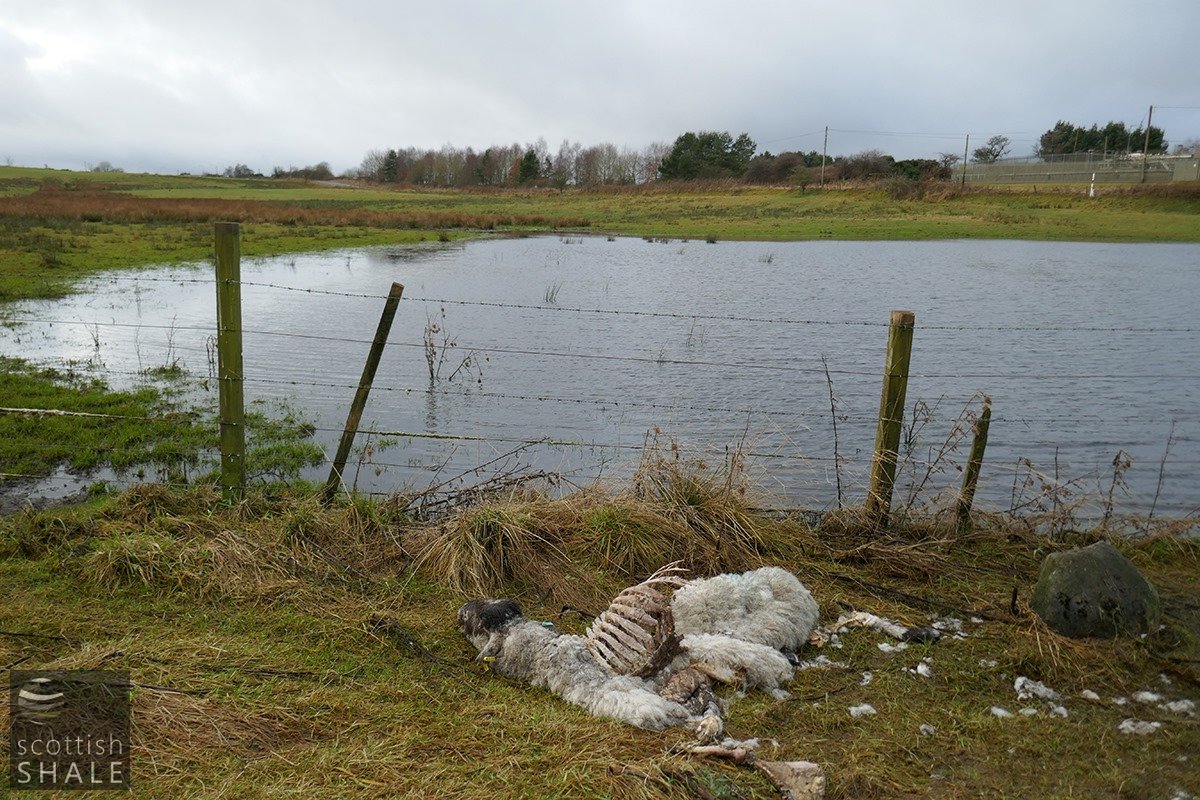 Flooded area, presumably a consequence of subsidence, on the site of the "brick field" marked on the 1850's map. 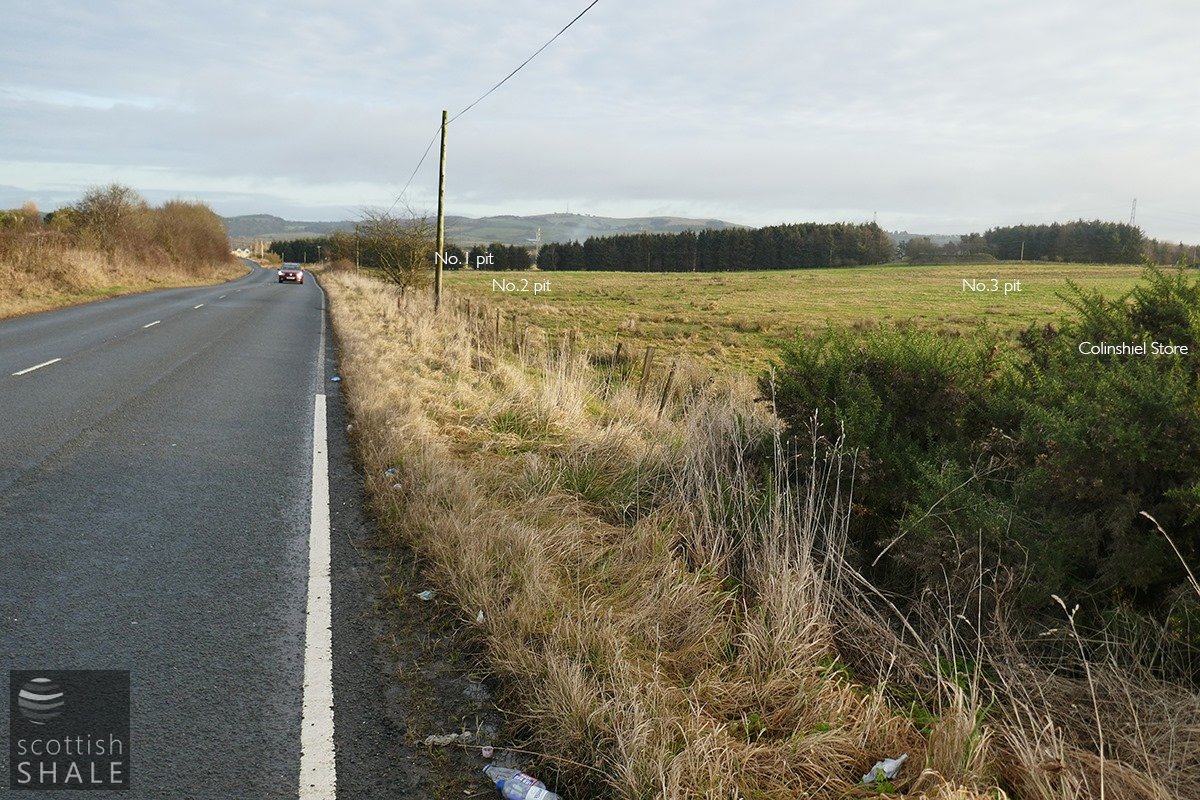 B8084 from Armadale looking north, with view across the site of the Colinshiels pits 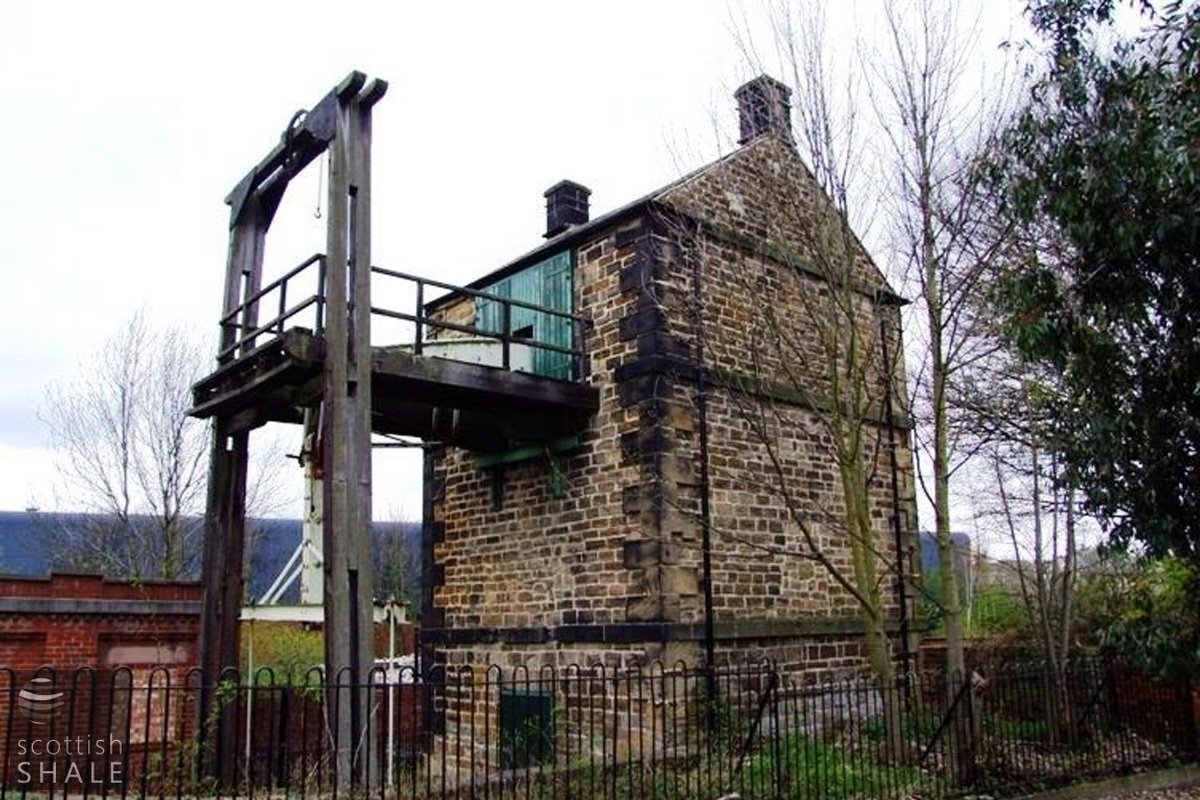 The Elsecar atmospheric engine in South Yorkshire, which worked until 1923 and is the last surviving Newcomen engine in its original engine house. The Colinshiel engine with "a high stone house with a wooden beam projecting from the wall" might have been generally similar.