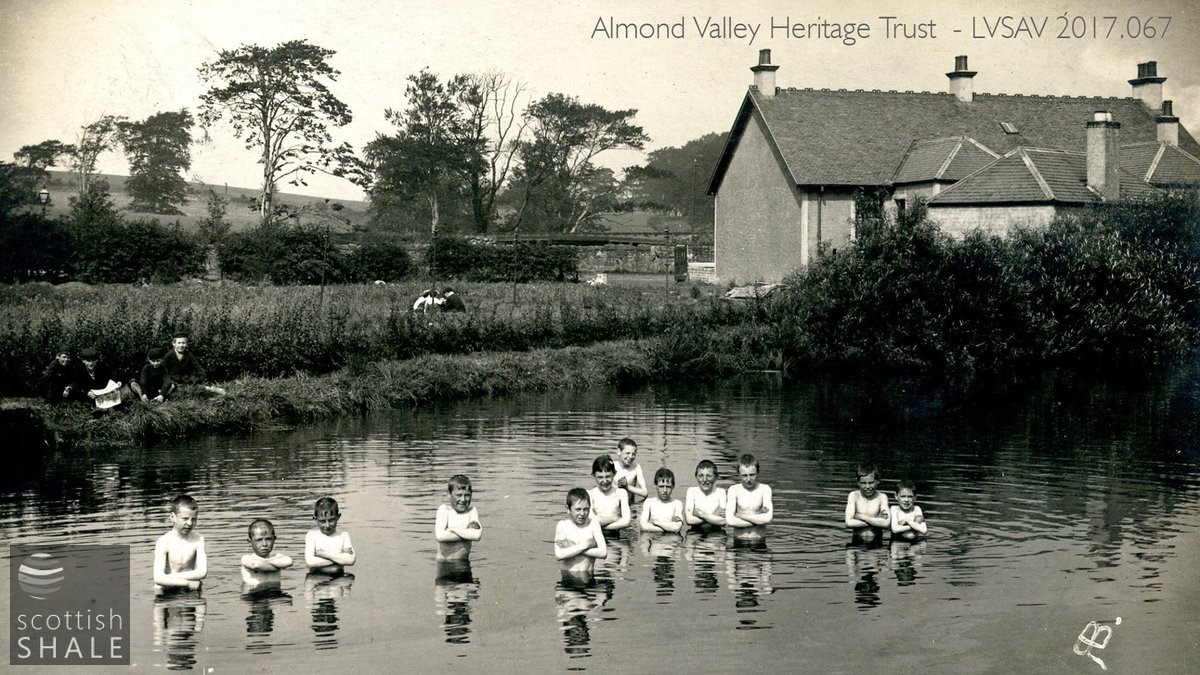 Manky faces and peely wally chests; Bathgate’s finest weans brave the chilly waters of the mill dam in a smashing picture by Livingston photographer, Robert Braid. The pond once powered a water wheel in Wolfe’s spade forge on the other side of Burnside road, but seems to have been filled in not long after the photo was taken in c.1910. The dam area was used as a contractors yard for a period, but now forms a pleasant green space behind 1930’s four-in-a-block housing on Mill road. The house in the background, now known as Willowbank Cottage still faces onto Burnside road.

Until the spade forge buildings were demolished in the late 1990’s, a circular scratch on one of the internal walls still marked the site of the water wheel that once powered the works. 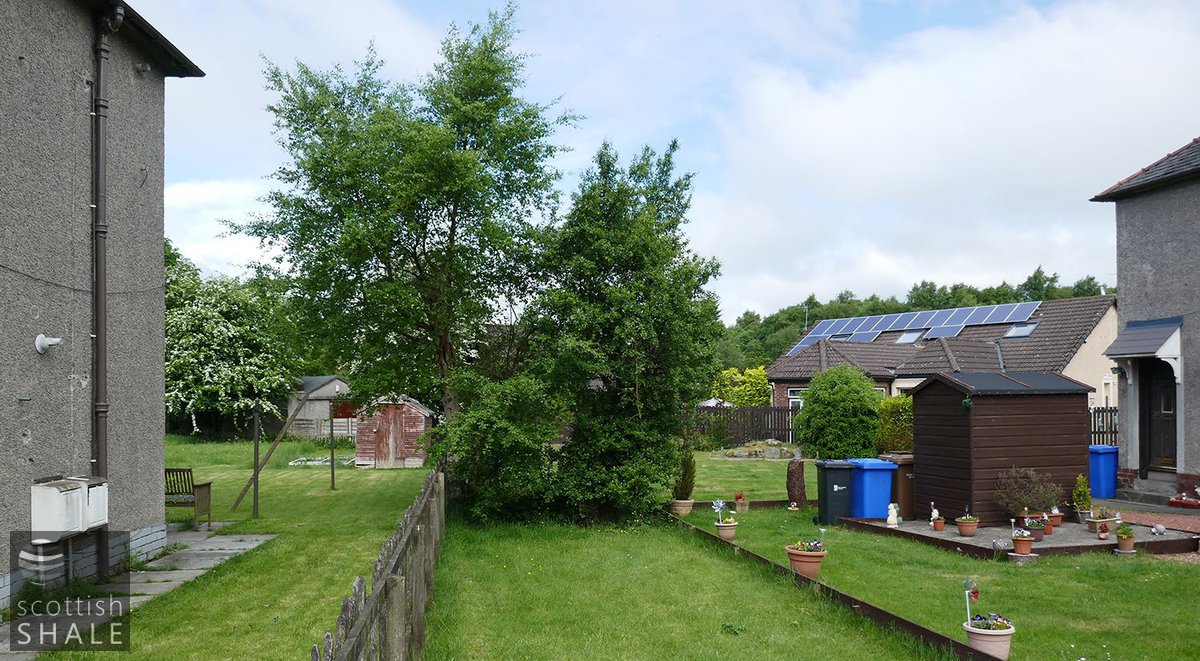 View from Mill Road towards Burnside Road, Bathgate. The mill pond occupied the space behind the houses. 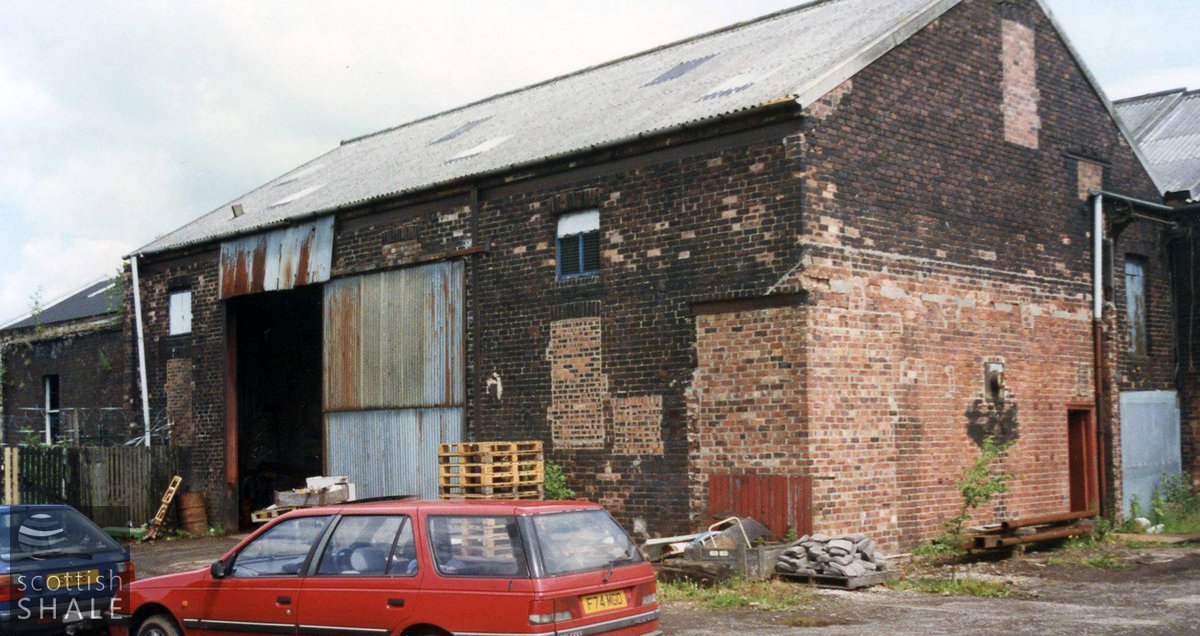 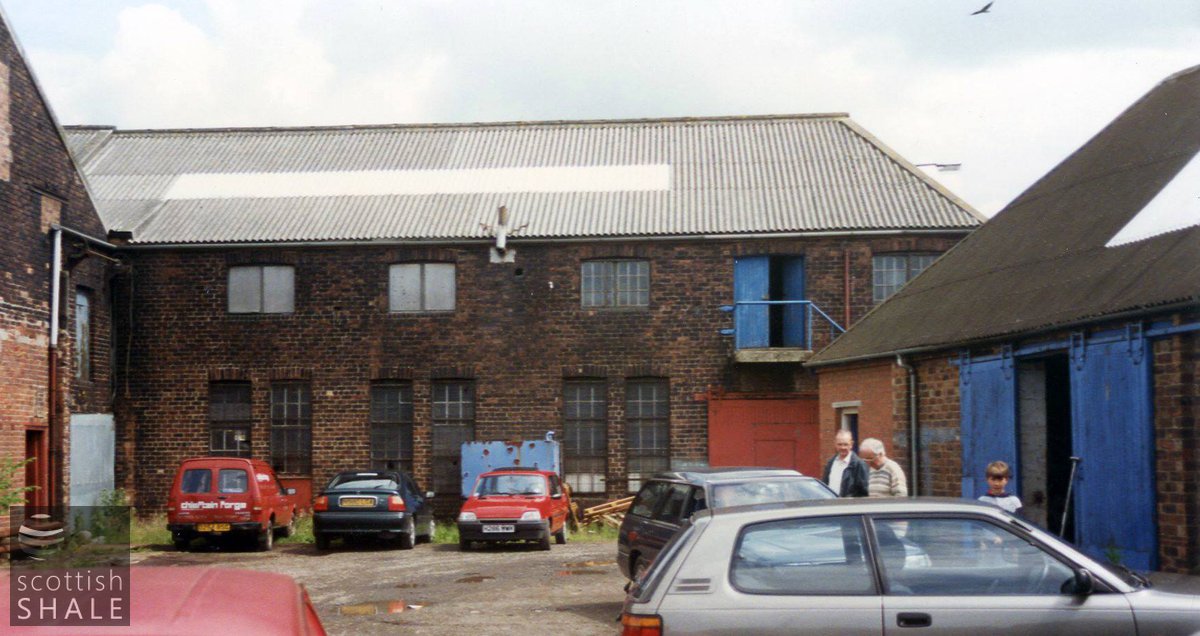 A further view of the forge buildings c.1996, with Billy Wolfe. 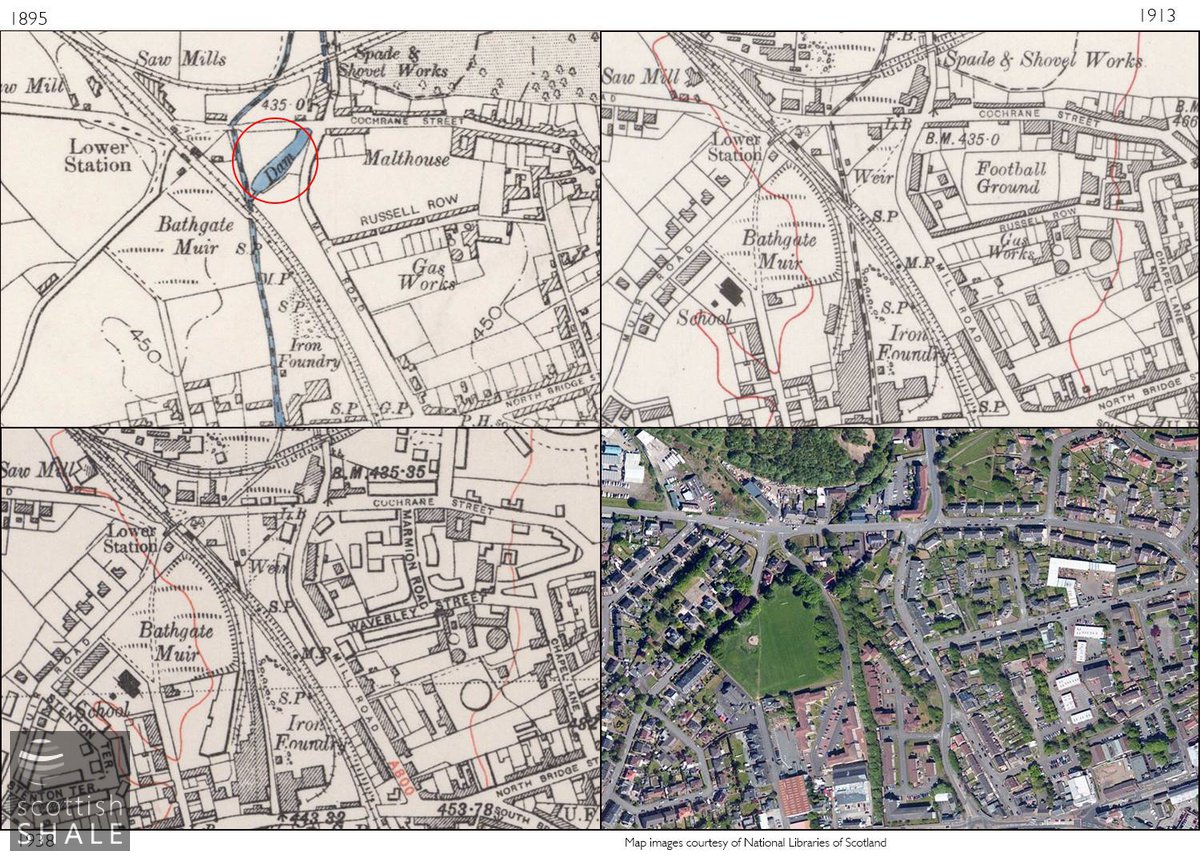 A changing townscape. The mill dam seems to have been no more than marshy ground by 1913, and filled in by 1938.