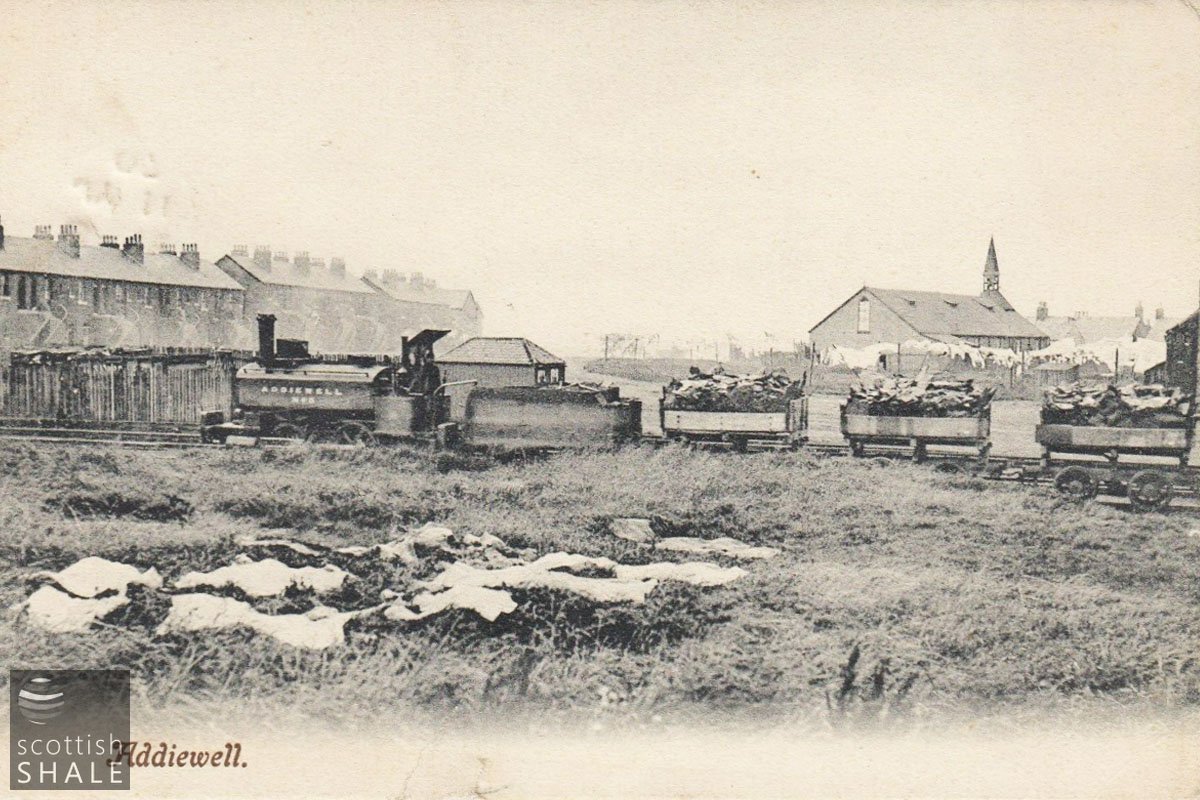 No.5 at the railway weighbridge with the double height rows of Watt St, and the UF church in the background. There's also a lot more washing, including some that seems to have come to grief in the foreground. 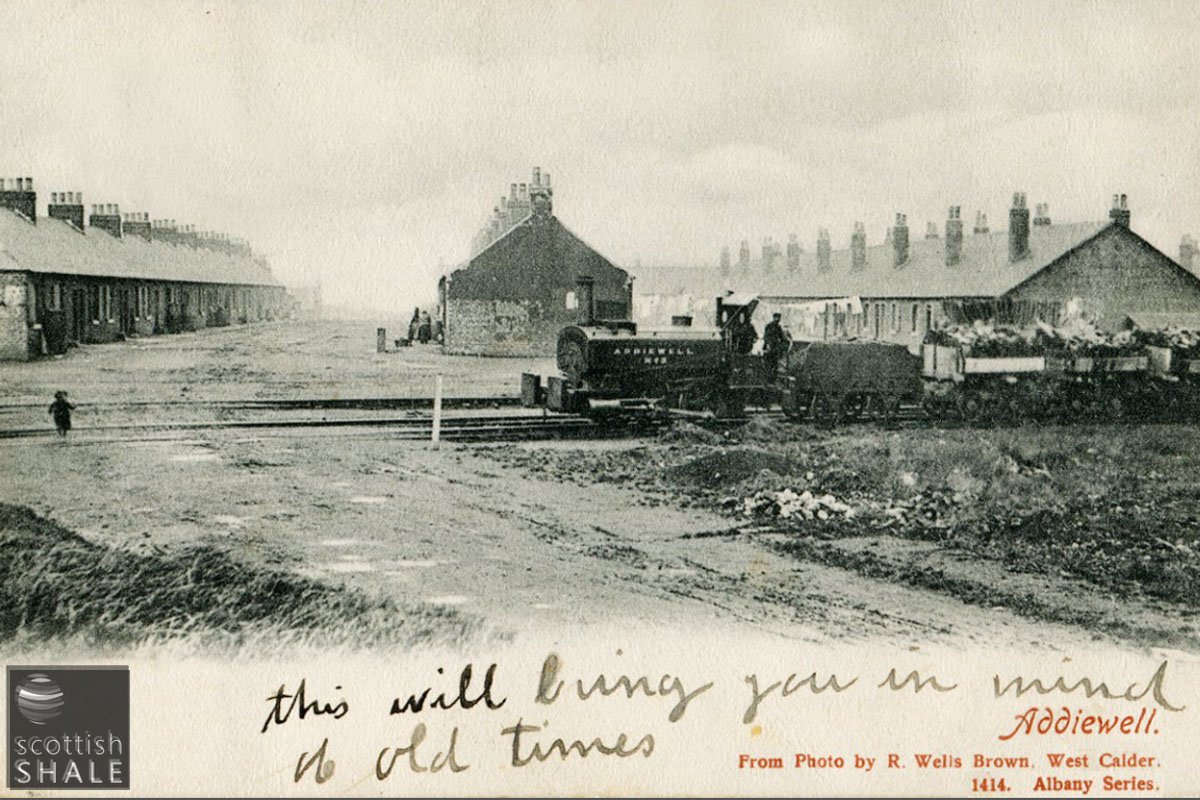 Addiewell No.5 and the rows of Simpson St., Baker St. and Graham St. (r-l), washing strung up between the rows, a rather young trainspotter a little too close to the rails.

When James Young built his great oil-works at Addiewell, it was one of the largest chemical works in Britain. An account written in May 1865 describes a visit to Addiewell at a time when it was still a huge building site; a seemingly chaotic muddy mess of holes, huts, smoking chimney stalks and huge piles of shale and coal. Young’s bought their first two railway locomotives in that year, and these little pugs will have been kept hard at work moving around the masses of brick, iron castings and other material required in the construction of the mighty works.

“The works are to be divided into two almost equal parts by a broad open way running like a street down the centre. Down this street a branch line of railway will be led, upon which a small steam locomotive will be placed. This line, laid down so as to form direct communication with the coal-pits, will afford the means of conveying the shale to the retorts with little trouble” 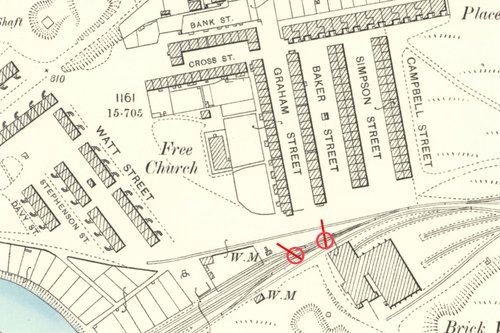 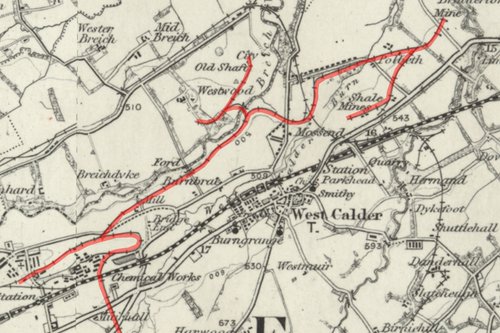 By 1870, the railway had spread its tentacles eastward to transport shale from Young’s new pits in the lands of Polbeth, and those at Gavieside once owned by its failed rival the West Calder Oil Co. A branch from Young’s Addiewell to Gavieside “main line” also headed north on a spindly viaduct across the Breich water to pits on the Westwood estate. Other routes headed south to the shale and coal pits at Baads and Muirhouse. This network of private railways continued to grow in the early 20th century, extending as far east as Alderstone, and southward to Burngrange and the distant Baads No. 42 coal mine.

The engine shed at Addiewell lay at the heart of this network, and within a stone’s throw (literally) of the rows of homes in Addiewell village. No fences separated Addiewell’s rows from its railways and industry, and the clatter and smut of the little shunting engines would have been part of everyday life in the village; even on wash day. The local weans would have been familiar with the personality and eccentricities of each of the half dozen or so pug engines that were active at any time. Pug drivers were also well-kent faces, and in the reminiscences of John Fairley, published in 1949, he recalls the names of some of them: Jock Caldwell, Jim Cowe, Frank Cowe, Mickie Lee, and Wullie Robertson. John also recalled that old drivers occasionally staged pug-races, delighting the crowds of cheering children.

Our two postcards seem to be of the same train on the same day, in the very early years of the 20th century. The star of these pictures is little Addiewell No.5, built by the Kilmarnock firm of Andrew Barclay & Sons in 1869, at the time when the railway to Polbeth and Gavieside was being built. She had already put in thirty years hard service and was less powerful that many of her younger sisters then in service. Behind the little wooden tender that extended her coal supply are a rake of small, low-sided tipper wagons which seems to have been skilfully loaded by hand. This may already have seemed a little old-fashioned by the time the photo was taken, as the larger pug engines could easier haul the heavier high-sided mineral wagons, that were loaded and unloaded by machine.

Land renewal and the passage of time have obliterated most traces of Young’s private railway between Addiewell and Gavieside. The only significant relic is a short length of embankment overlooking the Breich Water within which are set solid stone abutments. These once supported a small bridge beneath which the old drove road from West Calder descended to the ford across the river. John Fairley’s article records that when Miss Brown, who had taught at Addiewell, was appointed as headmistress at Gavieside school, she chose not to move home but instead travelled to and from work each day on the footplate of the pug. Miss Brown will have been very familiar with the little bridge over the old drove road and, (it would be hoped) she might have shared a friendly wave with any children near the trackside as she went steaming home. 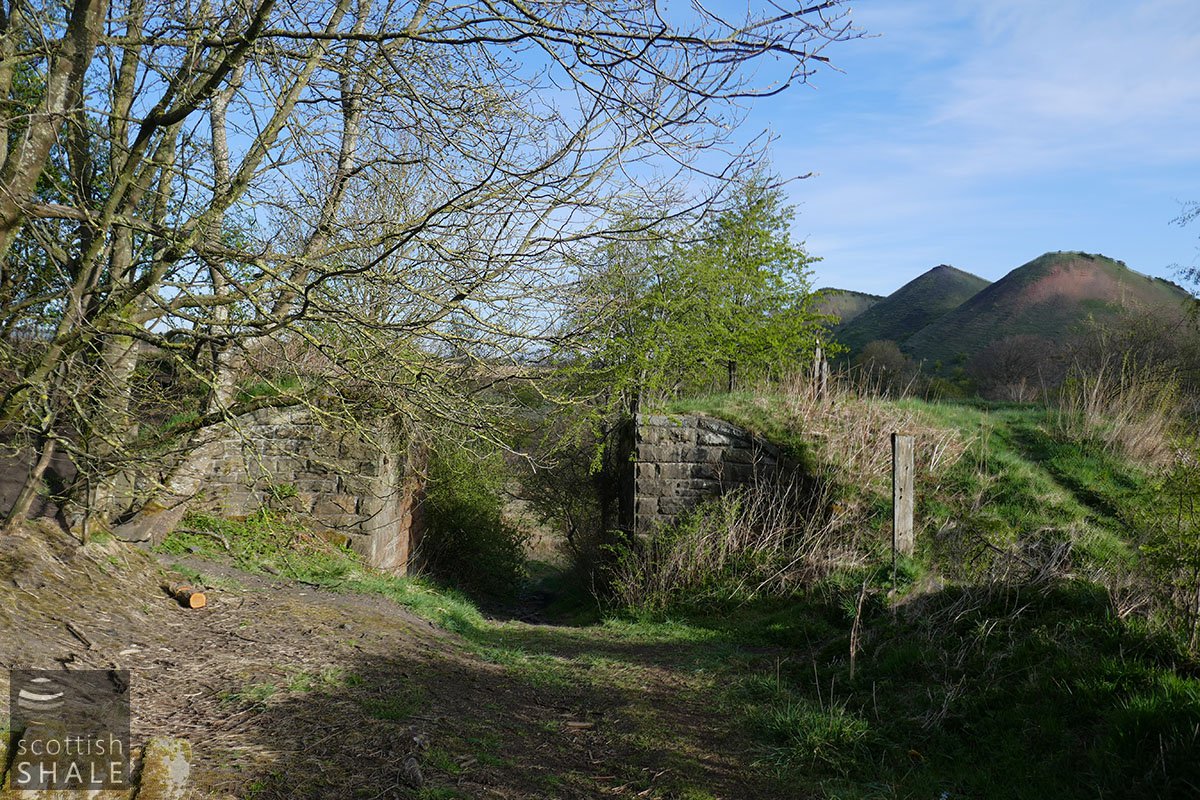 The view north along the drove road, with the five sisters in the distance. 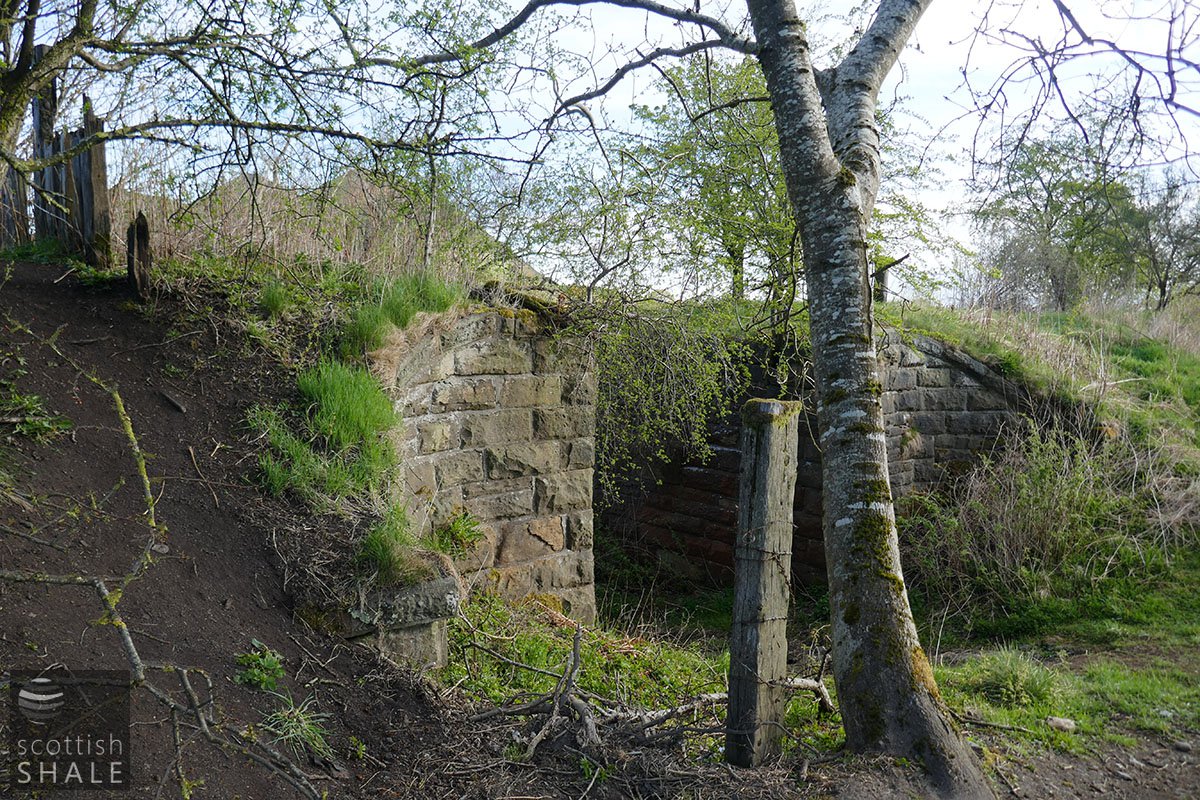 A closer view of the abutments that carried the private Addiewell to Gavieside railway, over which Miss Brown would have travelled each day