The Tale of the Falla Mill

A Lost Mill on the Breich Water 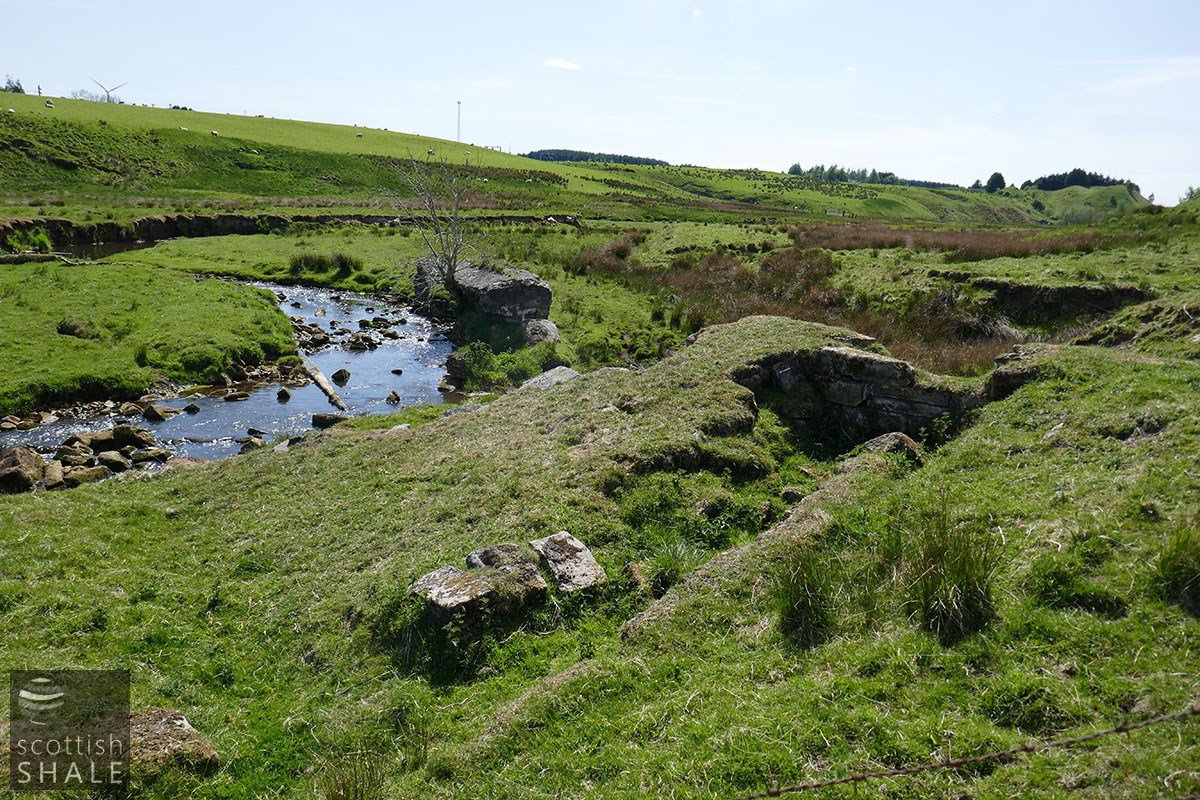 The remains of the weir, and the spillway over which water once followed into the mill lade. 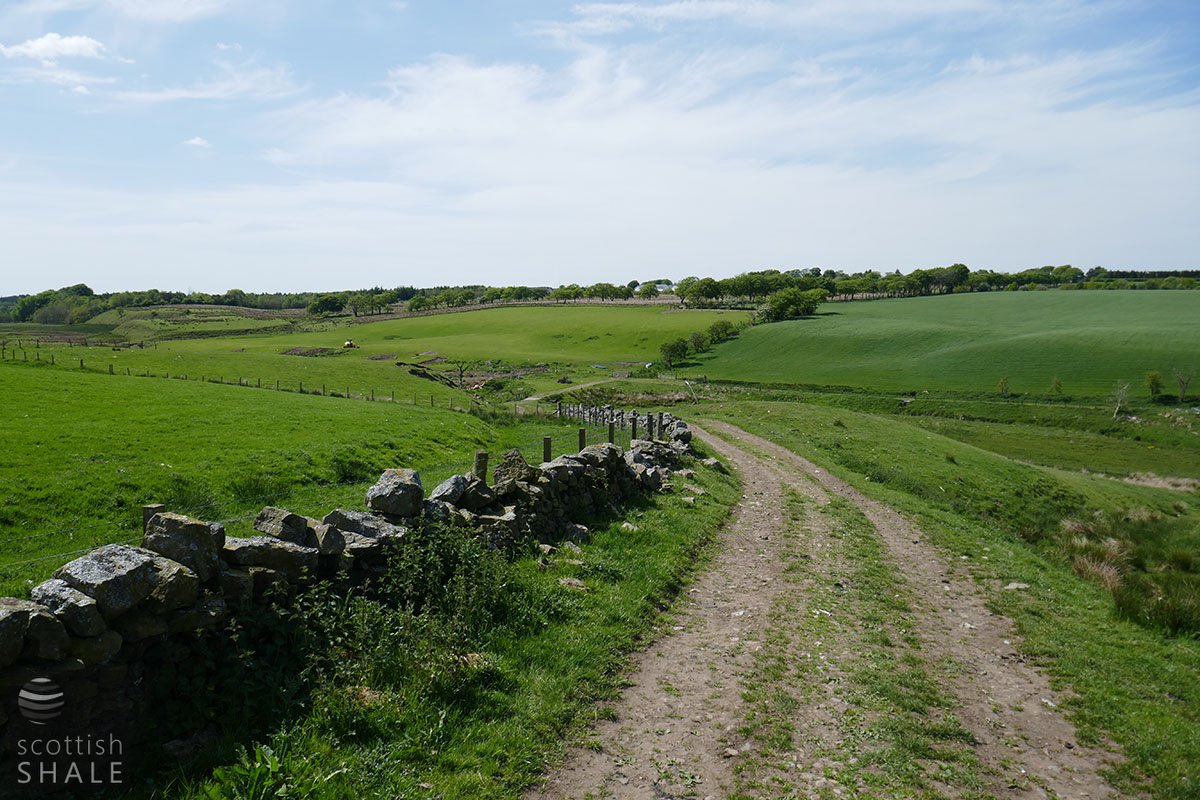 The road from Handaxwood to the mill site, in the centre of picture. 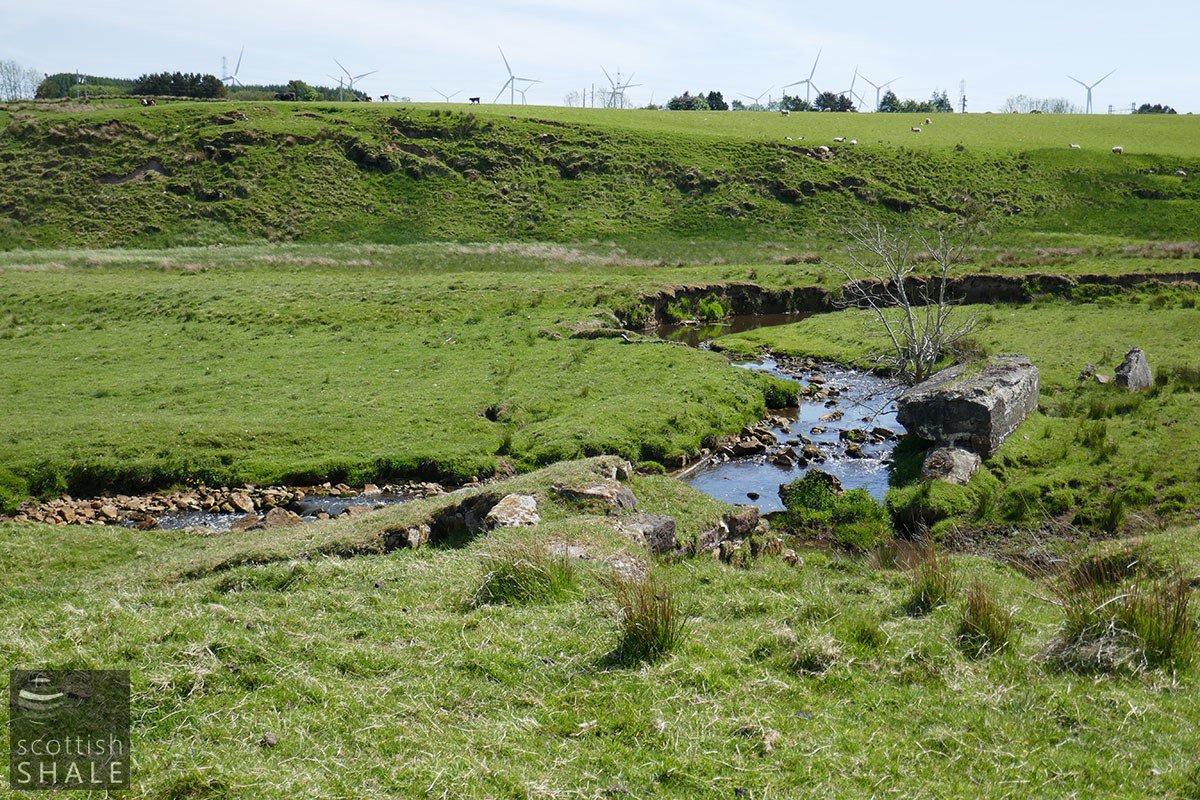 Site of the spillway and a huge chunk of masonry that once formed part of the weir. Perhaps another example of the demolition talents of the home guard?

A rather frail and time-worn document in our museum collection records the purchase of the lands of “Easter and Wester Handaxwoods, and Fallhouse Mill” by John and William Wilson. It is dated 1779, the same year that the Wilson brothers established the Wilsontown ironworks, one of the very first in Scotland to smelt iron using coke.

The disposition refers to the “whole of the Mill of Fallhouse, with the mill lands, mullures, sucken and sequels there-of”. These old Scots legal terms seems to relate to farms being bound to have their corn ground at a specific mill, suggesting that the Fallhouse mill had a long history before being purchased by the ironmasters of Wilsontown. A plan of the lands dated 1796 showed that the Wilsons soon established ironstone mines along the valleys of the Briech water and its tributaries, and were later to pock-mark the landscape with shallow pits in order to extract the ironstone needed to feed the hungry furnaces of Wilsontown.

Sited on the north side of Breich water, in the parish of Whitburn, the watermill was served by a short lade that conveyed water from a weir across the river, a little under 200 yards upstream. The general layout of the mill shown on the Wilson's 1796 plan changed little over the next 150 years, however the spelling of its name varied quite a lot. Early documents refer to “Fallhouse mill”, “Falhouse mill” or “Fauldhouse mill”, however in later years it was most commonly known as “Falla mill”. 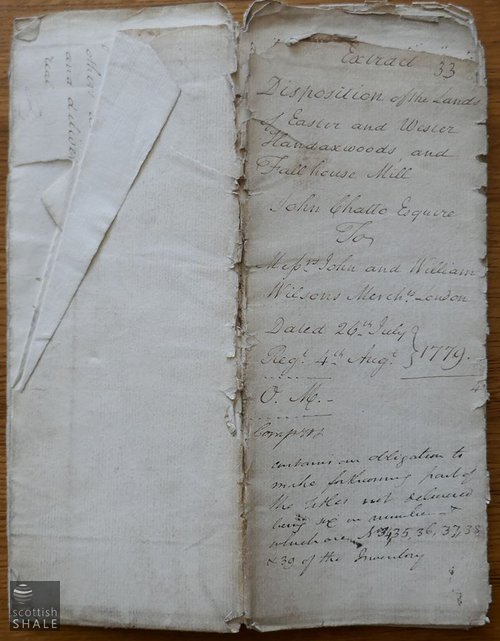 In about 1819, Edinburgh merchant Alexander Shirreff leased the mill and adapted the buildings to serve as a gunpowder mill and magazine. This business enterprise failed after only two years, and it seems that the mill then reverted back to the safer occupation of grinding corn. Notes made by the Ordnance Survey in the 1850's provide a good description of the mill at that time:

“A house two storeys high, used as a mill for the purpose of grinding corn, and propelled by a Water Wheel, the dwelling house joins the mill, which is one storey high and slated: all being in good repair, there is a vegetable garden attached, and about 7 acres of arable land; the property of Mr Hare of Philpston House, Factor the Earl of Hopetoun, and in the occupation of James Steel”.

James Steel continued as “grain miller and farmer” until 1889, when his business failed. Subsequently William Paul, David Low (described as a first class oatmeal miller), and perhaps others took their turn as tenants of the mill and miller's cottage.

From about the time of the first world war, James Cook (senior and then junior) took charge of the mill, selling a range of animal feeds in the inter-war years. Tragedy struck in 1926 when Mr and Mrs Cook found their 13-month old daughter drowned in the Breich Water. The baby had fallen into the mill lade and was then swept into the river. Newspapers reported (somewhat insensitively) that “the child fell into the water during the temporary absence of her older sister”.

The mill gradually fell derelict once James Cook ceased business in 1937. It seems that the secluded location of the old mill made it an ideal practice ground for the home guard, and during the course of the war, the explosive talent of the part-time soldiers reduced most of the old building to rubble. Foundations of some structures were still apparent until about thirty years ago, when these were bulldozed into a heap.

The site of the mill is now quiet, and peacefully hidden at the end of a private road. Lines of fences mark where buildings once stood, and a hollow remains where the tailrace once returned waters to the river. Huge chunks of masonry survive where a substantial weir once held back the waters of the Breich Water, and the route of the mill lade can be imagined as it crosses a grassed field.

Above: Handle with care. From our collection LVSAV2016.116 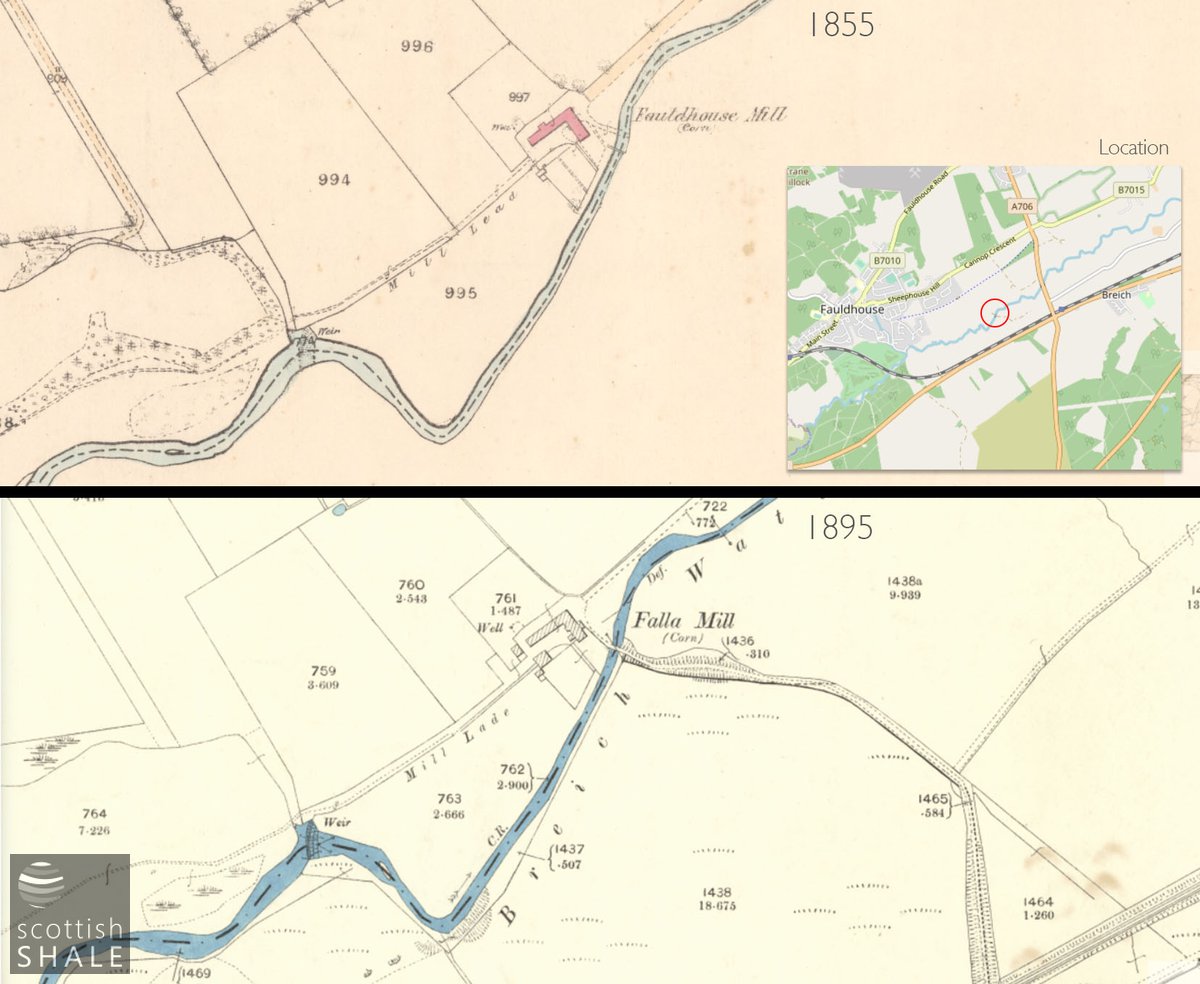 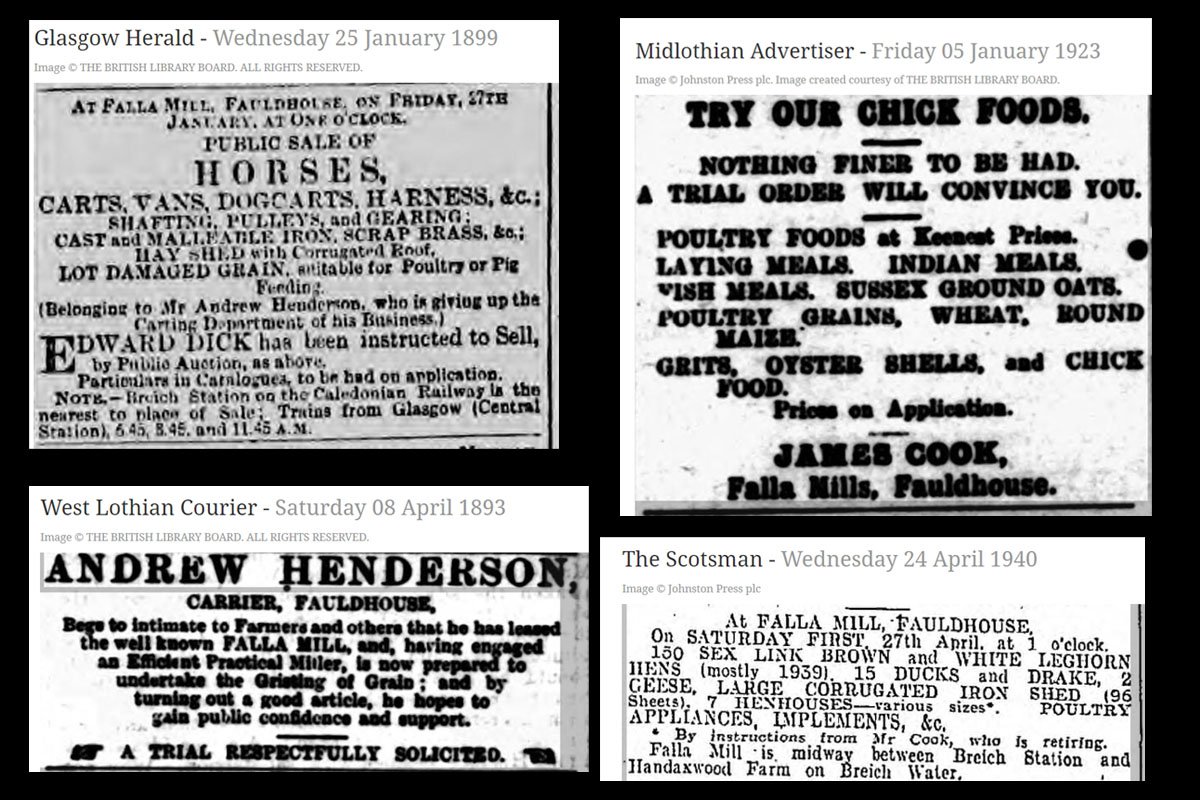 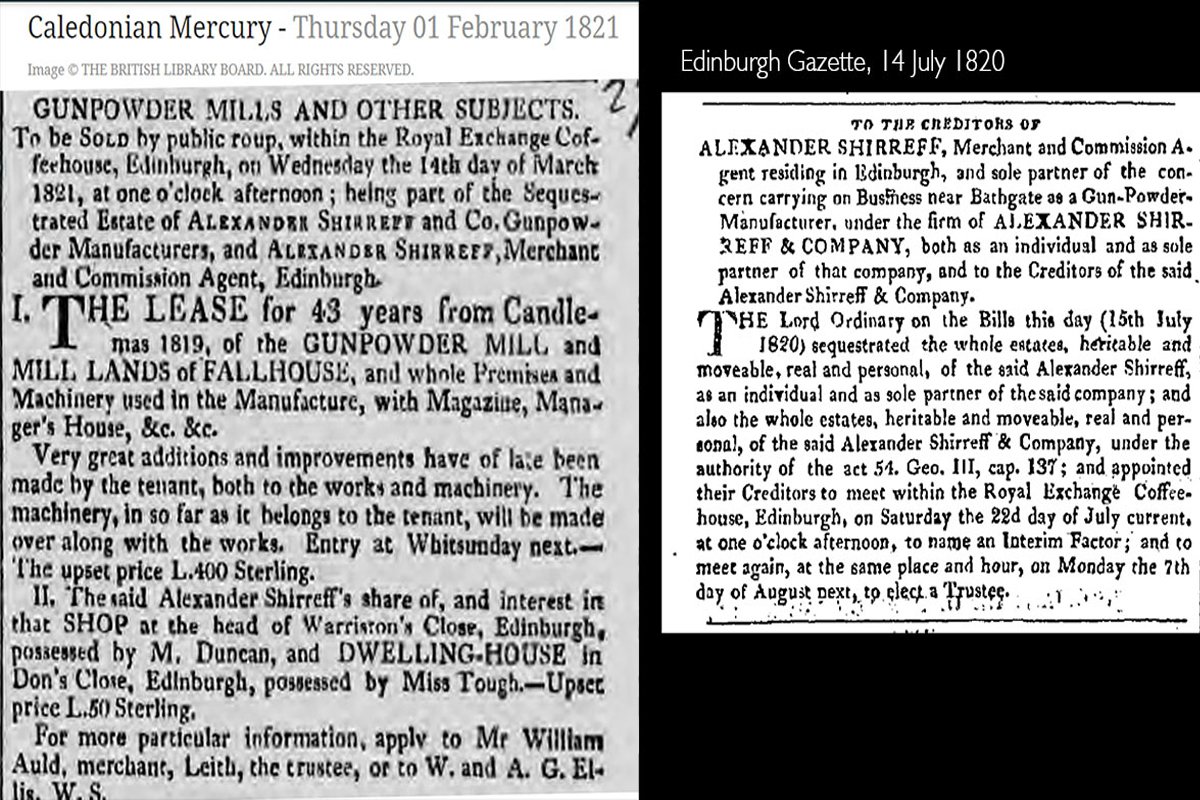 Evidence of the gunpowder mill. 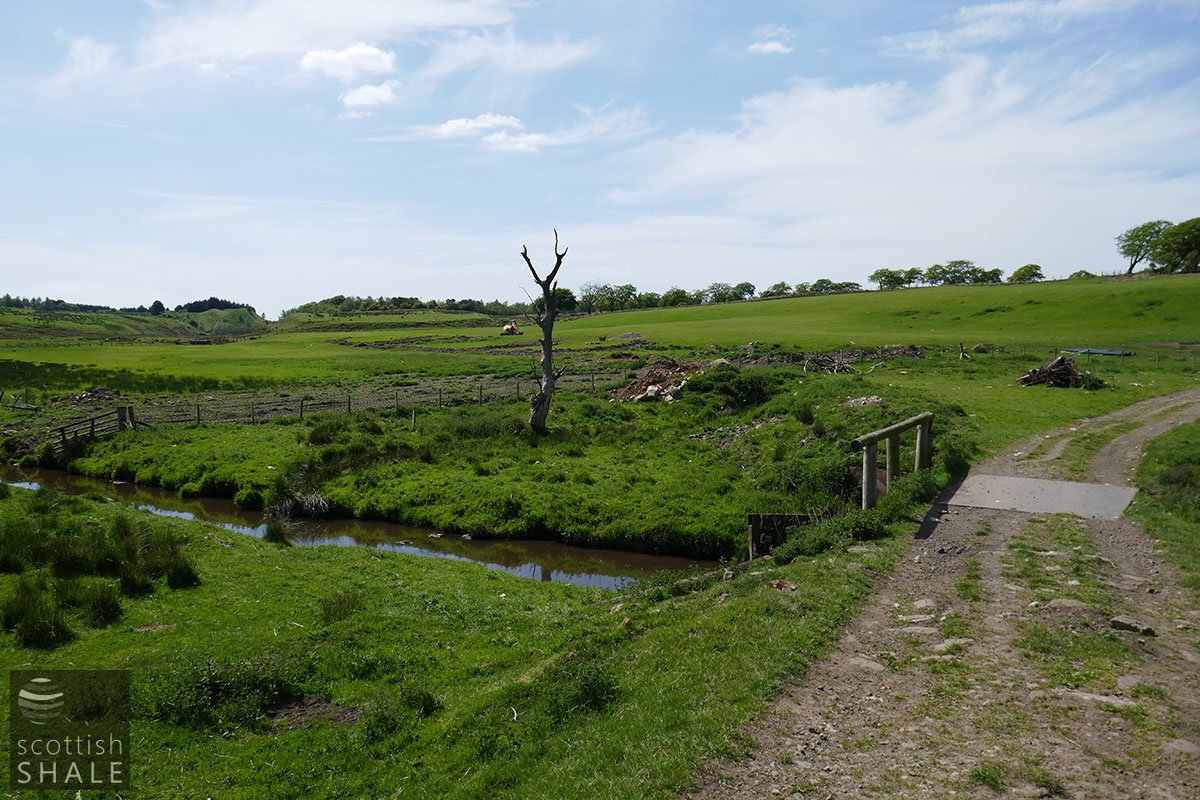 The mill site, with dead tree, and the bridge across the Breich Water. 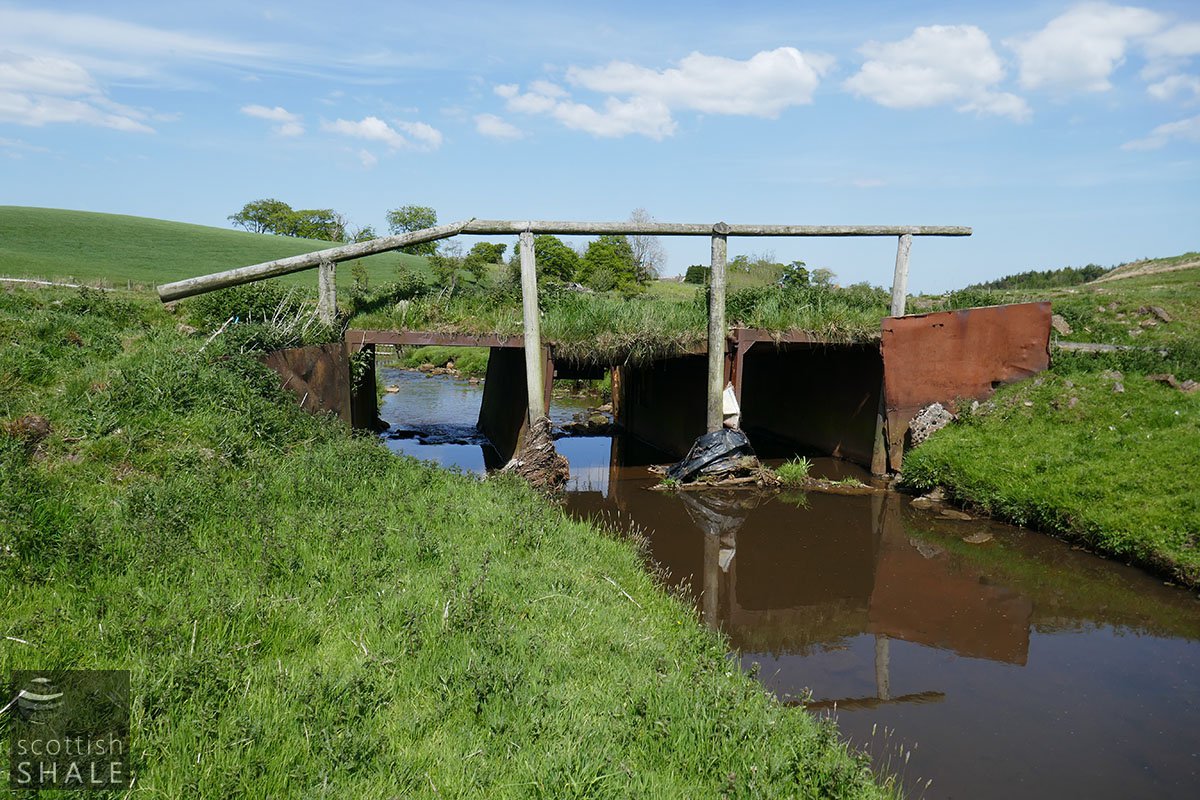 While the original bridge has gone, some inventive person has created a replacement, using the bodies of two old skips. 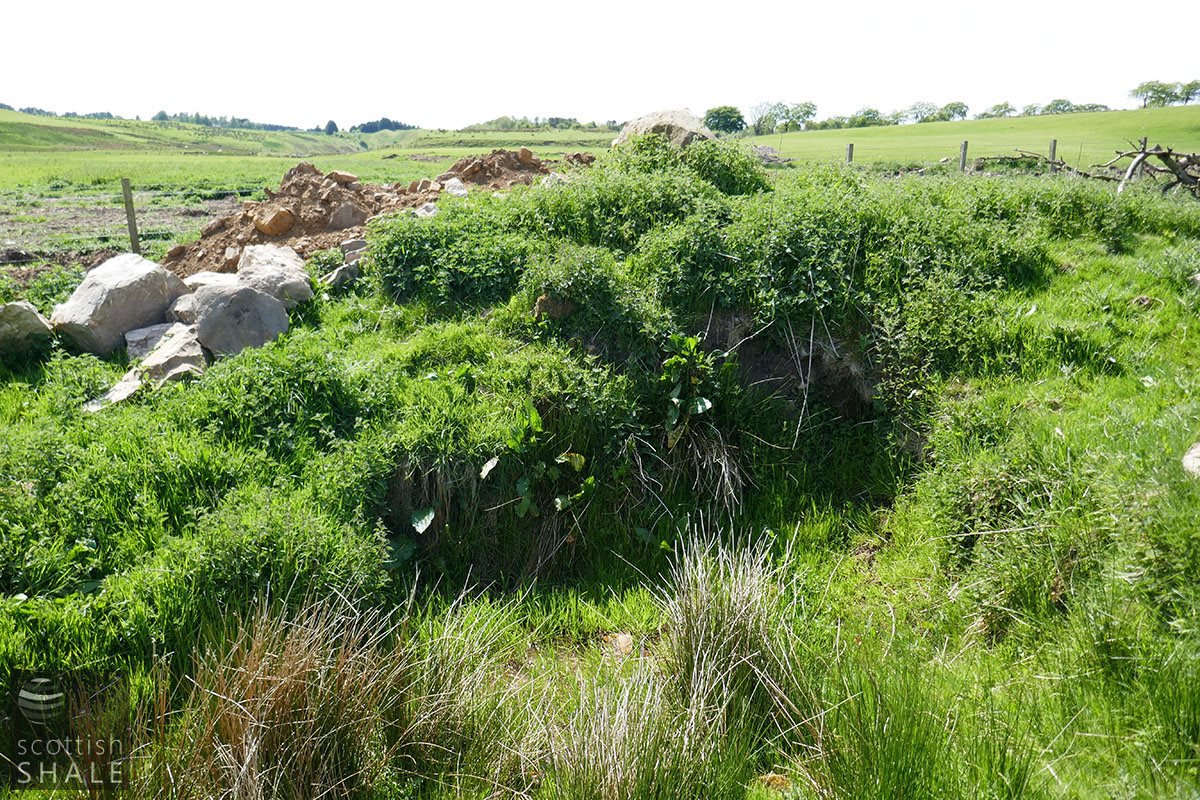 This overgrown hollow perhaps marks the site of the wheel pit, and the trail race along which water returned to the river. 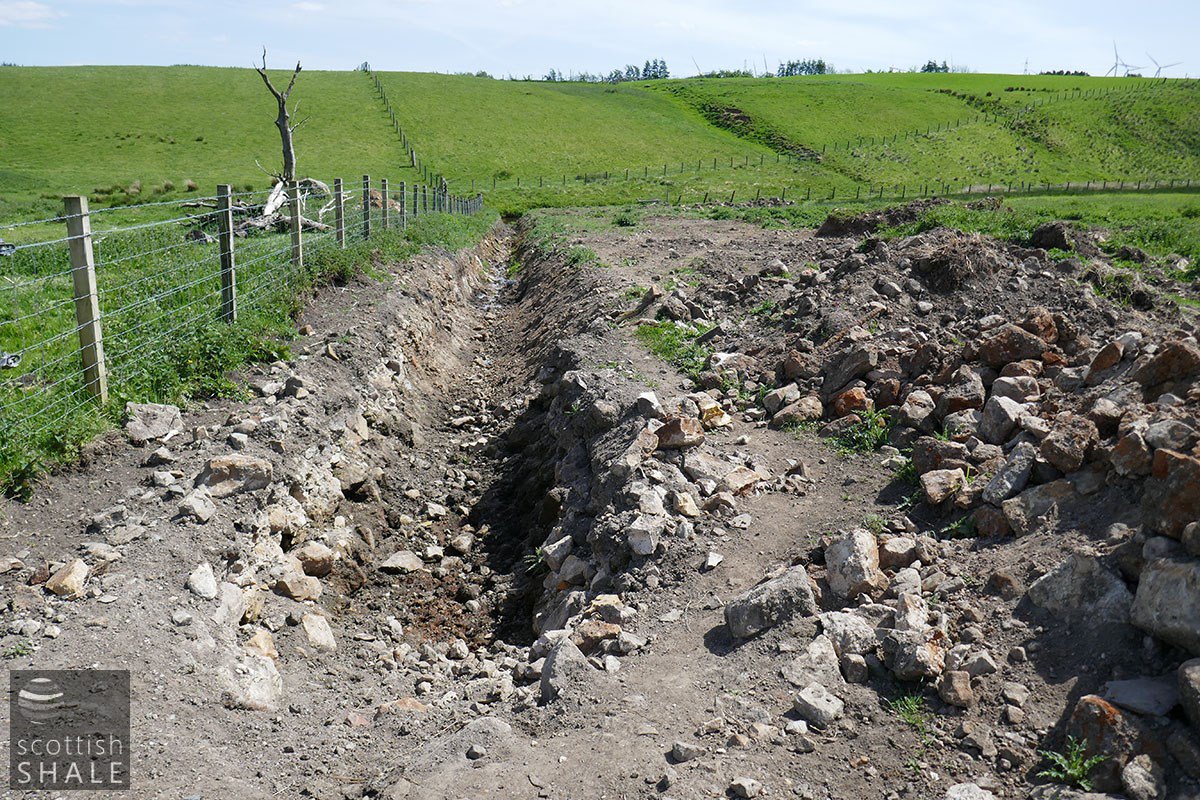 Land drains are being installed that cut across the course of the mill lade and the site of former buildings.

Part of the 1796 plan, courtesy National Records of Scotland.