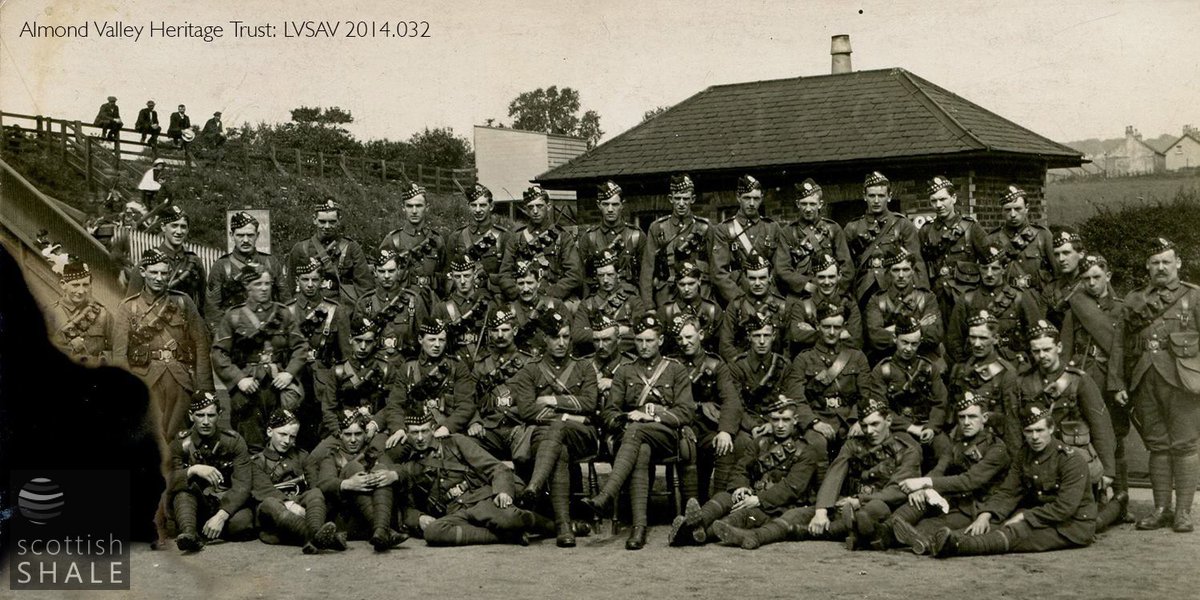 The men and boys of G Company make an impressive sight in their full kit and glengarries as they gaze intently out from this Robert Braid postcard. The location appears to be the yard of Livingstone railway station, with the small station building behind them and the rows of Livingston Station in the distance.

The 10th (cyclist) battalion of Royal Scots were part of a territorial force established in 1908 to guard Britain's coastline in event of war. Recruits were required to provide their own bicycle, but received an allowance to cover costs. The battalion was drawn mainly from Linlithgowshire, principally from men “engaged in the mining and iron industries”. G Company was based in West Calder, with a drill hall in Addiewell, and are perhaps pictured awaiting a train to their annual training camp in July 1911.

In August 1914 the battalion was mobilised to coastal defence duties, based at East Linton. Issued with folding bicycles, the battalion continued in this defensive role throughout most of the war, although most original members volunteered for service overseas and saw action in many fields of conflict. The army cycle corps were disbanded in 1920

The excellent website of the Armadale and District War Memorial Association contains a wealth of further information on the 10th Cyclist Battalion, The Royal Scots. 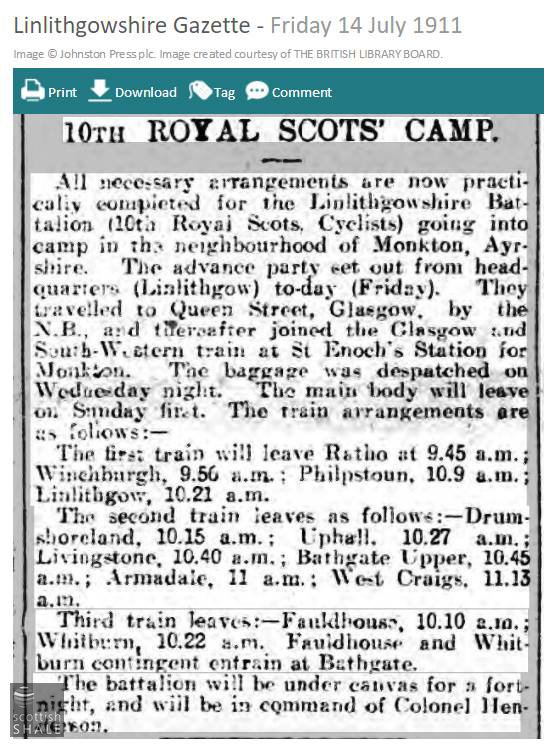 Were G. company waiting for the 10.40 from Livingstone? 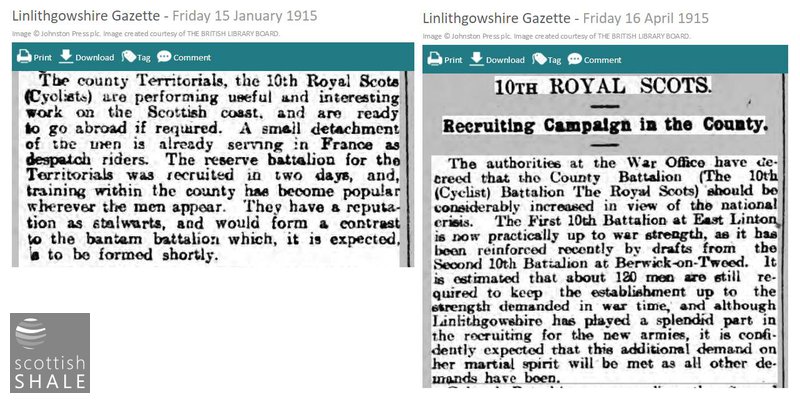 The same shot (as top image) today. The station building lay somewhere among the timber and firewood in front of the tractor.