The footpath from Gavieside to City Farm 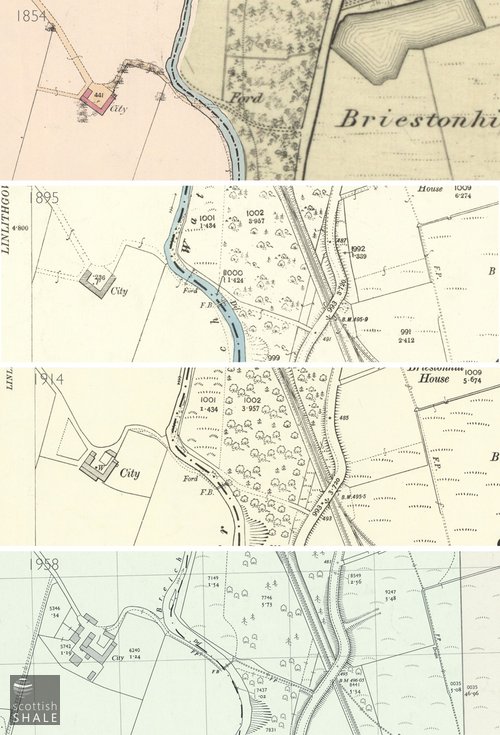 While country footpaths are now associated with leisure-time and healthy exercise, many were established as routes to work. Miners and oil workers might walk several miles each day to reach their workplace. During fine weather, the morning trek could provide a precious chance to enjoy the pleasures of nature. The slow trudge home would provide opportunity to clear the lungs.

The Briech Water, to the north of West Calder, once marked the boundary between the counties of Midlothian and Linlithgowshire. During the complicated history of local mines and industry, housing and the workplace often lay on different sides of burn. With few roads running north to south, the daily commute often involved a trek though fields and footpaths, crossing the Breich Water (and the county boundary) by stepping stone or footbridge.

One minor crossing of the Breich water lay close to City Farm, providing a short-cut between parts of West Calder and Gavieside, and the pits of Westwood and Breich. The narrow footpath still leaves the Mossend to Gavieside road near Briestonhill, descends the steep valley side, crosses the Breich water into Livingston parish, runs alongside the burn then climbs steadily up to City Farm on the northern side. The 1850's OS map shows a rough track and a ford at this point, but by the 1890's a spindly footbridge was also marked, on a site a little to the south of the ford.

It seems that the Briech Water frequently misbehaved. Through the years there are many accounts of the paths approaching the bridge being washed away, the burn wandering from its course, and bridge foundations being undermined. After one fierce spate, the burn cut a new channel beyond the northern abutment of the footbridge, and substantial work was required to construct walls and a breakwater to return it to its original route. There were various plans to move the location of the bridge, but these always failed to gain the agreement of landowners on the opposing sides of the burn.

Although the neighbouring parishes recognised their shared responsibility for this public right of way, coordinating maintenance and repair work often created difficulties. One parish might undertake necessary work, billing the other for half of the costs, however the cumbersome process of gaining prior approval from both sides often caused lengthy delays in repair works.

In March 1903, this dithering had tragic consequences. Kate McGovern (reported as being eight years old) and her brother Joseph (said to be ten) lived in the mining village of Mossend, which housed workers from Young's shale pits. The children set off along the footpath to buy fresh milk at City Farm. Some time previously, the bridge across the Breich water had been swept away, and a temporary arrangements of planks had been put in its place while the two parish councils squabbled about who should pay for the repairs. When crossing the rickety line of planks that day, Kate lost her balance and fell into the swollen stream, dragging her brother with her. Although Joseph managed to cling onto a post and shout until help arrived, Kate was swept away. Her lifeless body was recovered some distance downstream. 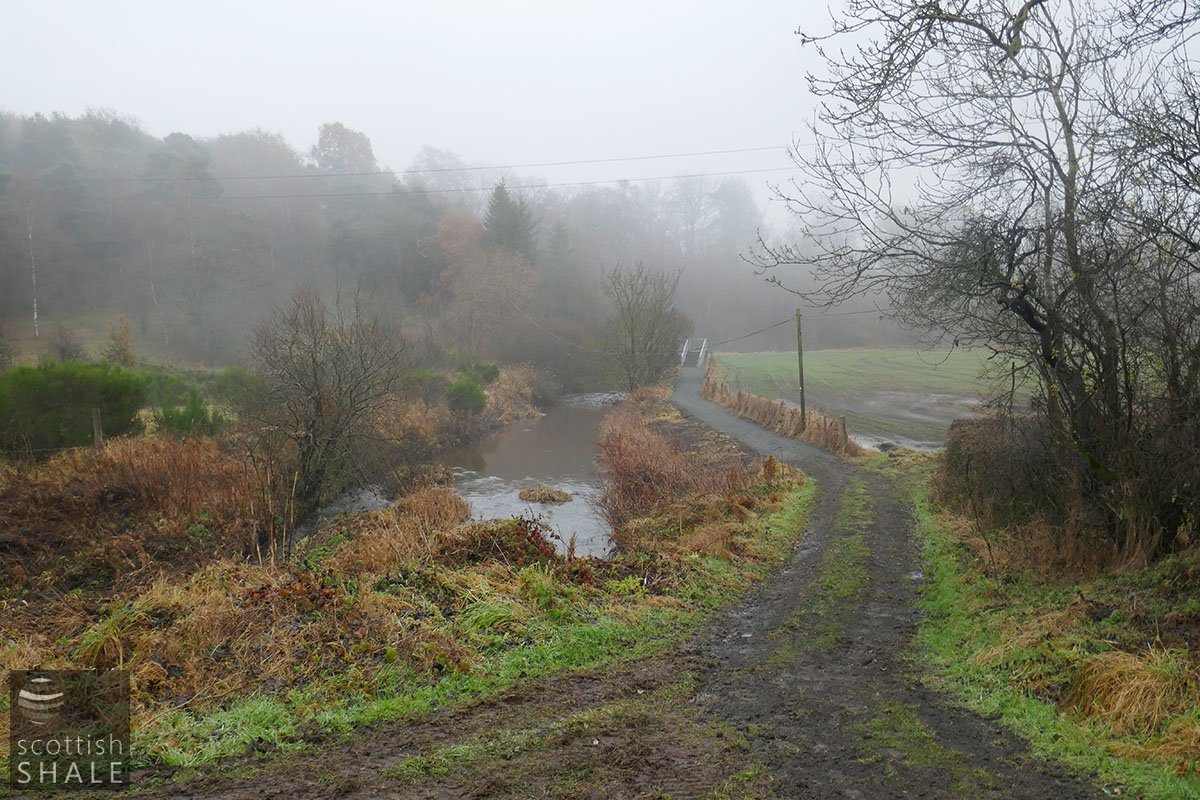 Looking towards the bridge, with path improvement works in progress. 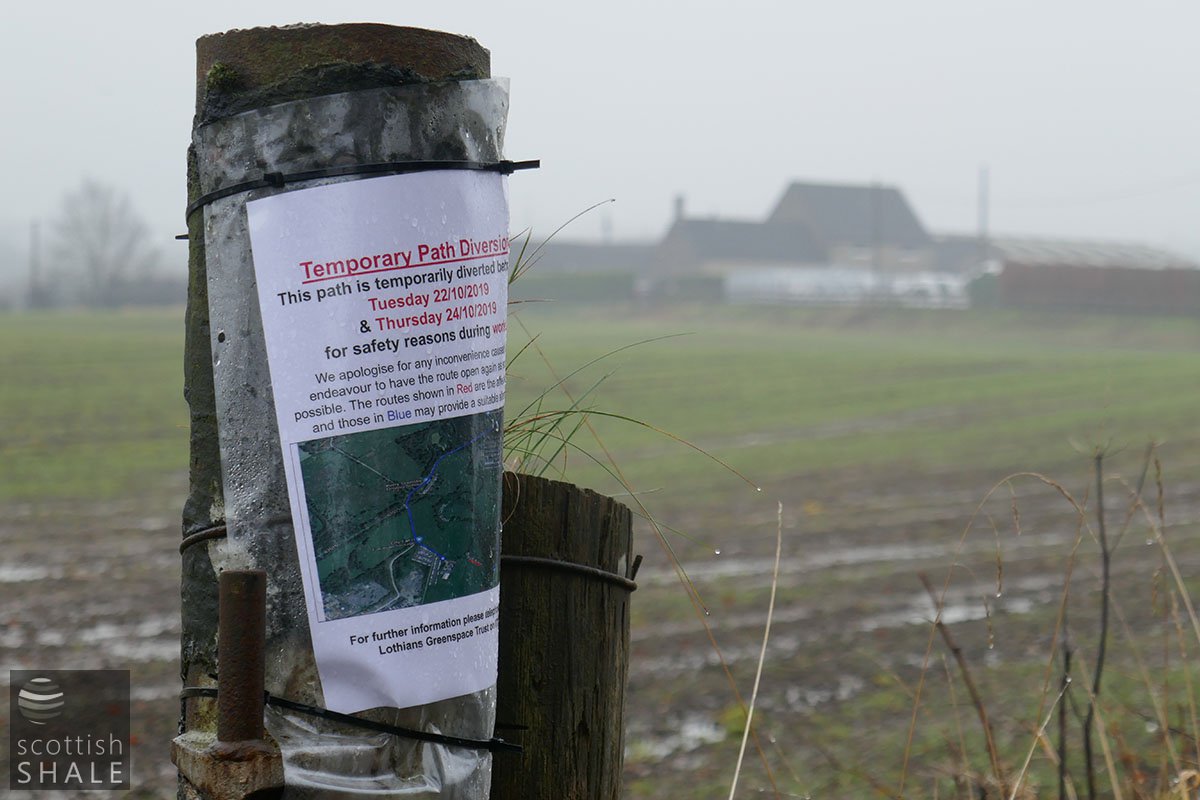 Notice of path improvement works, with City Farm in the background. 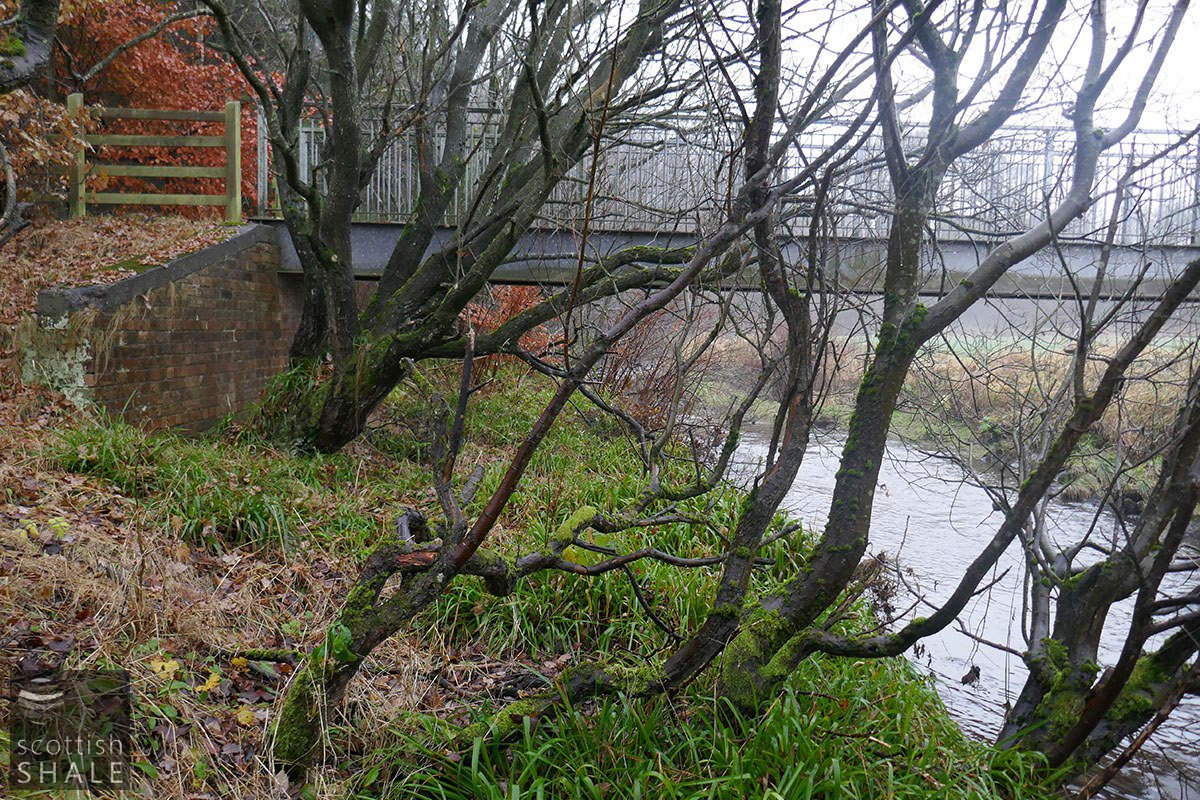 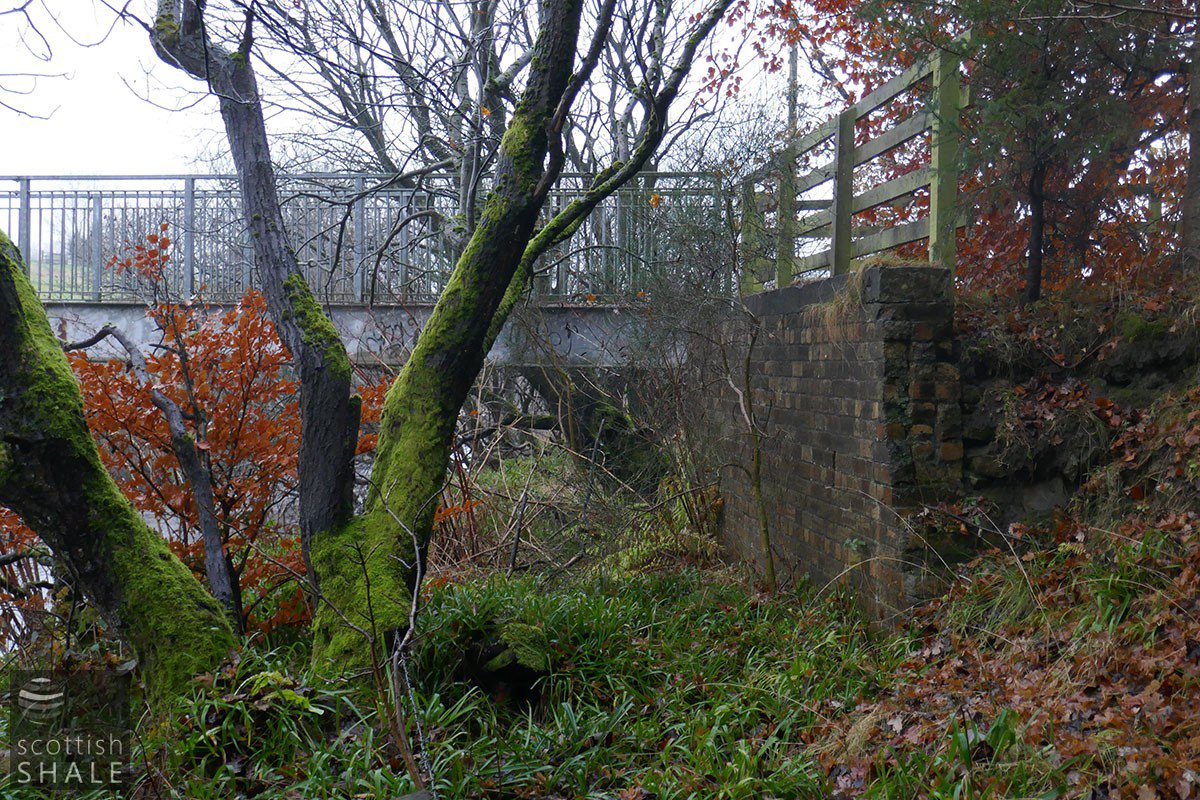 The abutments of an earlier bridge, on the upstream side of the current one.

There was surprisingly little criticism of the local authorities. It was two years before the two parishes agreed to build a proper steel bridge across the Breich water, but after a further two years they were still arguing about who should pay for this.

Census records show that in 1901, Catherine and Joseph McGovern lived with their parents and three other siblings at 25 Front St. Mossend. Their father Patrick and mother Mary Ann, were described as shale-hewer, and shale-hewer's wife; both born in Ireland. The census records Catherine as being three years old and Joseph as five, which would make them only five and seven at the time of the tragedy on the bridge. It's unclear why newspapers reported them to be much older. Perhaps it was to disguise that children so young had been sent on the important errand, returning with heavy jugs or cans of milk on a cold, and perhaps icy, March day. 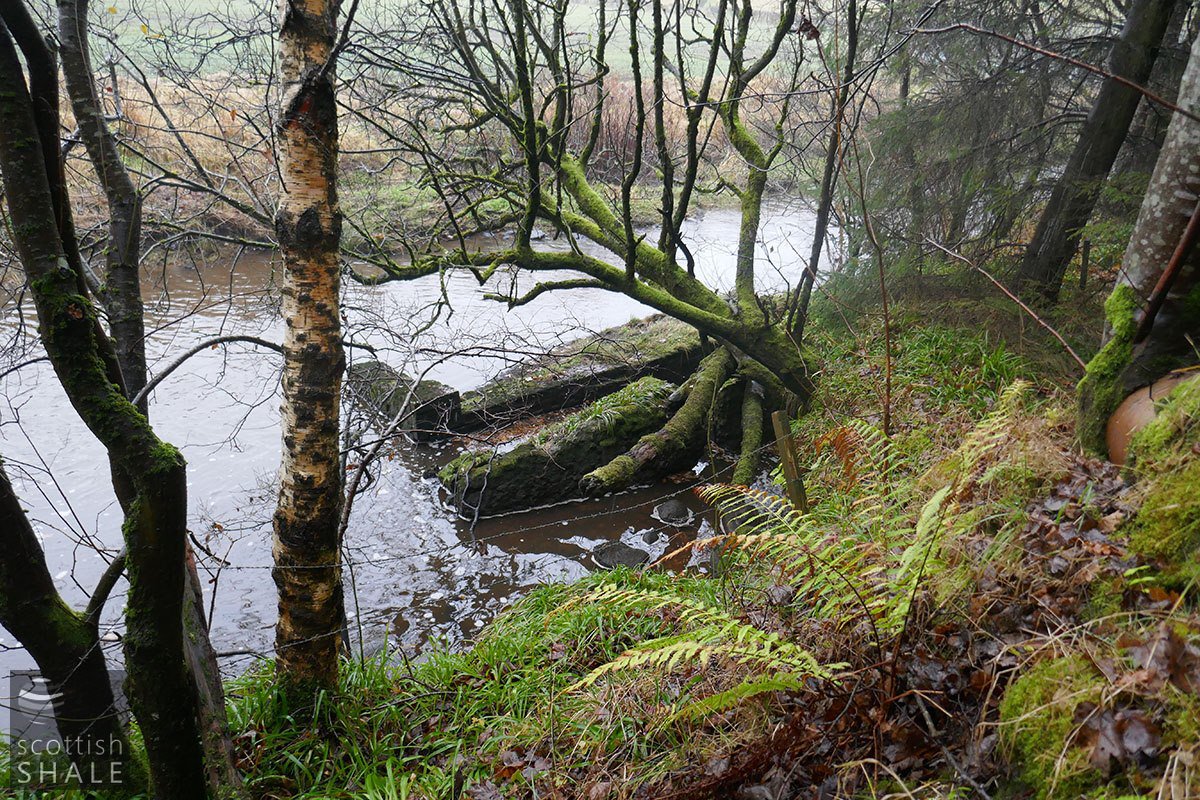 Detached block of masonry, just upstream of the current bridge, perhaps once the northern pier of the bridge. 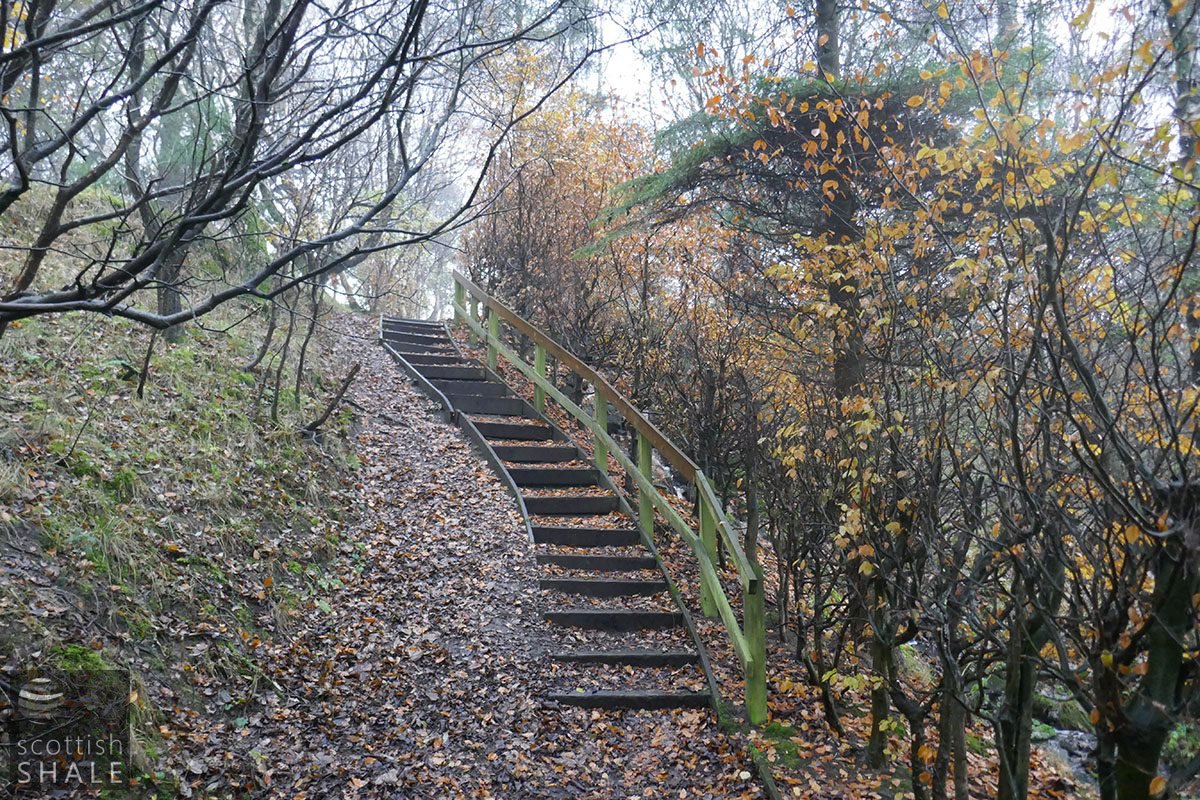 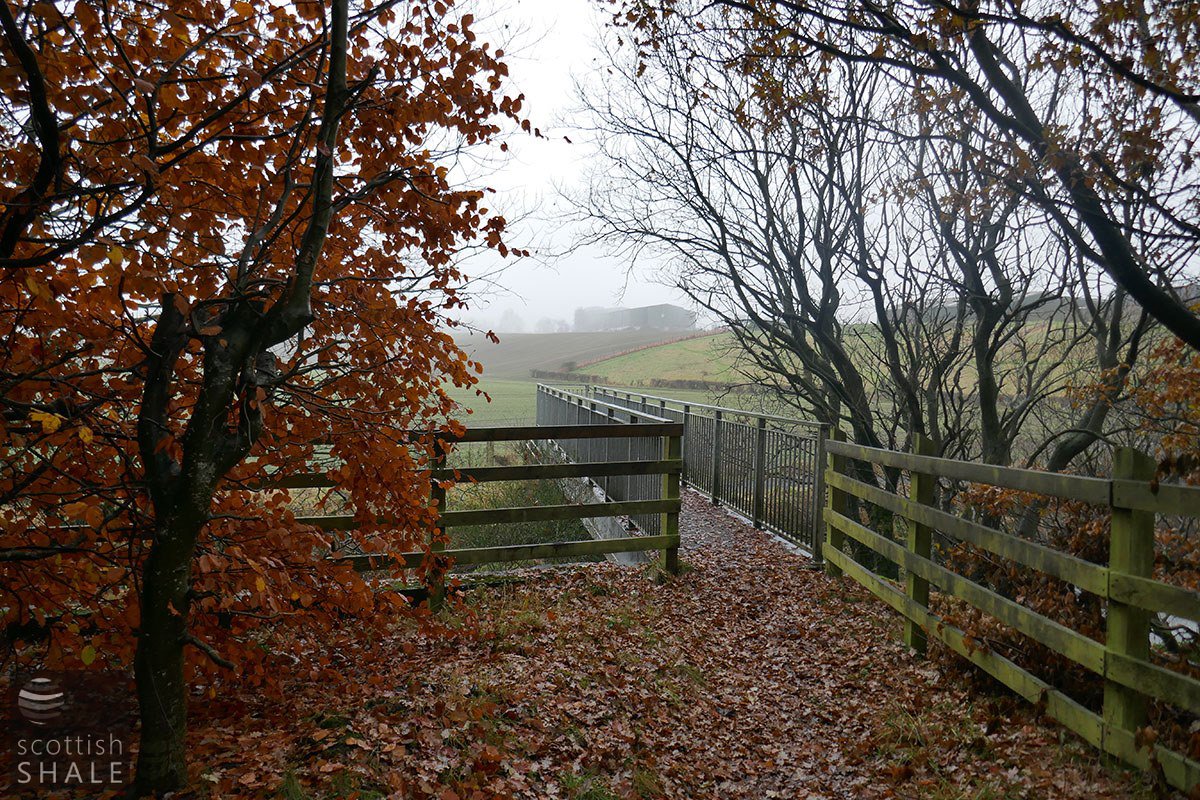 View from the West Calder side. 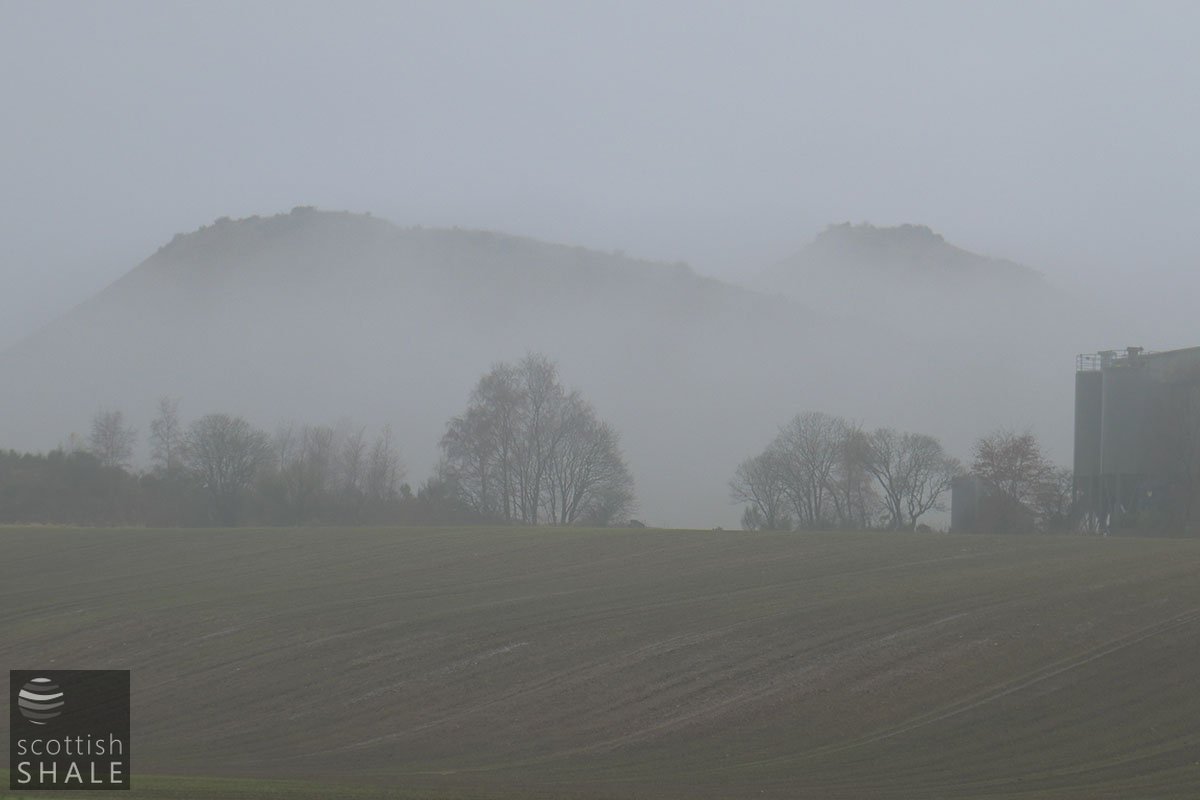 An misty view looking west towards the Five Sisters.

Thankfully the bridge that now carries the path to City Farm is a much stouter and better maintained structure. The footpath is to form part of the route of the new Shale Trail linking Winchburgh to West Calder, and exploring a fascinating local heritage.