The shale tramway from Breich to Seafield 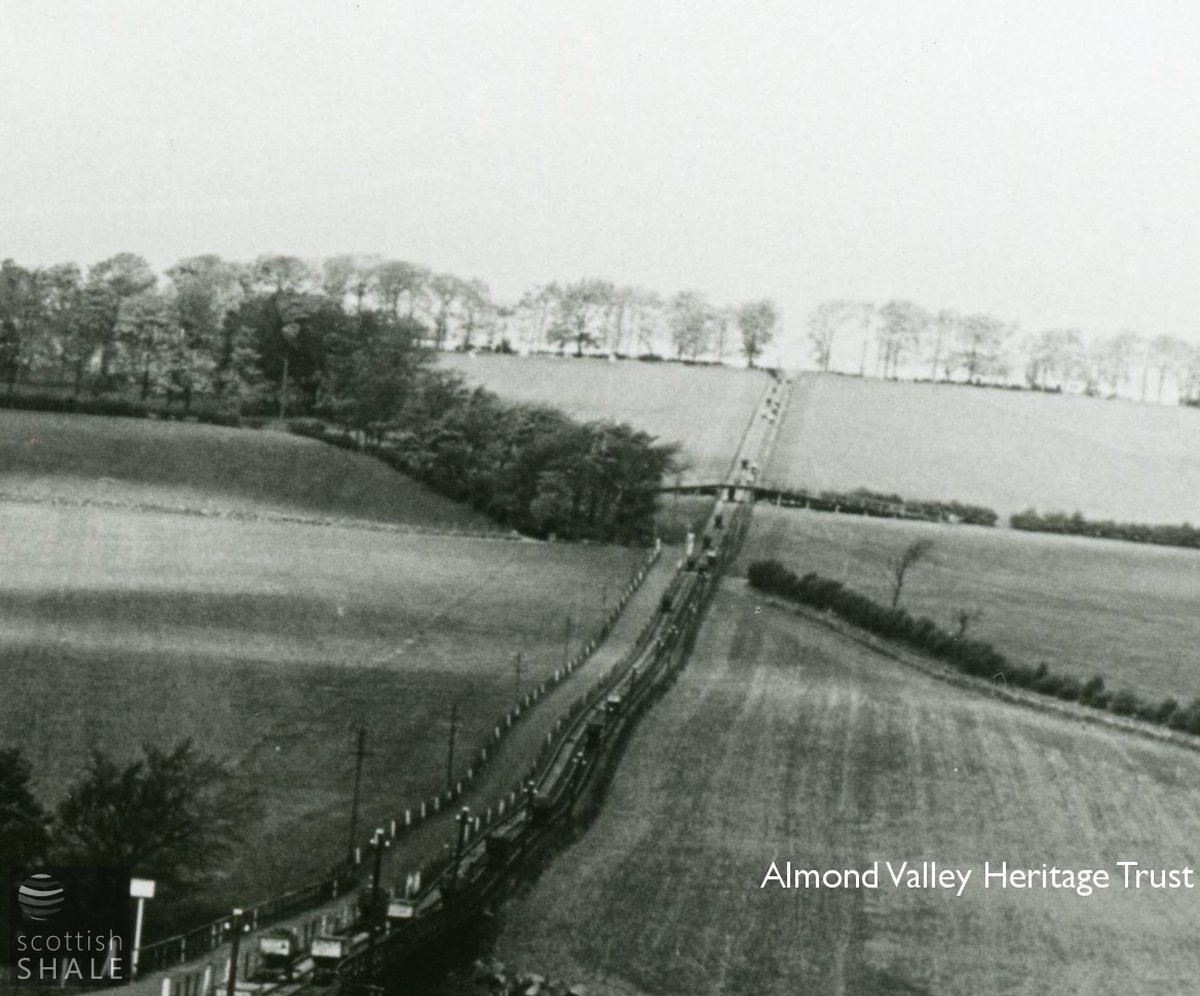 Rope worked tramway, viewed from close to the site of Breich No.1 & 2 pits, looking north towards the Seafield to Blackburn road, showing the pumphouse extracting water from the Almond to serve Westwood oil works, and bridge over the river Almond. Probably photographed late 1930's. 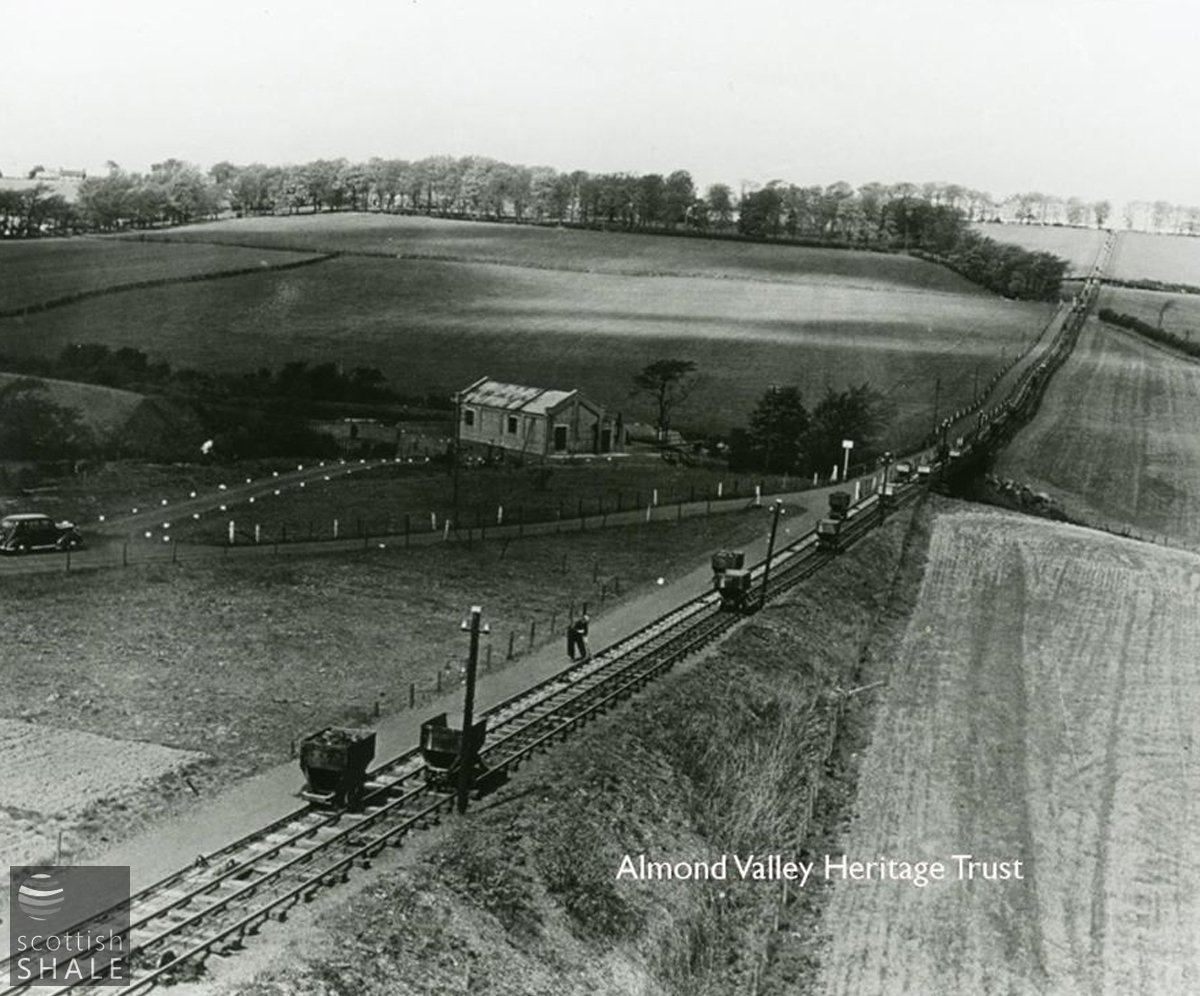 Close up of archive image, showing on the skyline, the crossing beneath the Seafield to Blackburn road.

Two low walls, set unobtrusively into the hedgeline, mark the point where a rope-hauled tramway once passed beneath the Seafield to Blackburn road, carrying oil shale from pits to oil works. The cutting beneath the road has long been infilled and most other traces of the tramway obliterated, however when studying the old photograph from our collection, you can begin to imagine the constant creak and rattle of the small hopper-bottomed hutches as they moved across the countryside attached to a continuously moving cable, like beads on a necklace. A rather odd sight to modern eyes.

The first section of the tramway was built in about 1912 to link the Pumpherston oil company's new Briech No.1 & 2 pit with their Seafield oilworks, a distance of just over a mile. Seafield works closed in 1931 and production at the Briech pits was suspended for a period until the tramway was extended a further mile and a quarter northeastwards to Deans oil works. Much of this extension followed the route of abandoned mine tramways, then crossed the Livingston to Starlaw road, and passed beneath the Edinburgh to Bathgate railway through an existing culvert that had served Deans No.5 pit.

At the same time, the tramway was also extended from the Breich pits to link to the Oakbank Oil Company's Westwood pit, about half a mile to south west. For about a decade Deans oil works were supplied mainly with Westwood and Briech shale, as most pits in the Deans area had by then become exhausted.

From c.1941 most of the production of the Westwood and Breich pits were directed to the new Westwood oil works. The tramway north from Briech to Seafield and Deans was probably abandoned soon afterwards, although shale from Briech continued to be delivered to Westwood by tramway until closure in 1961. 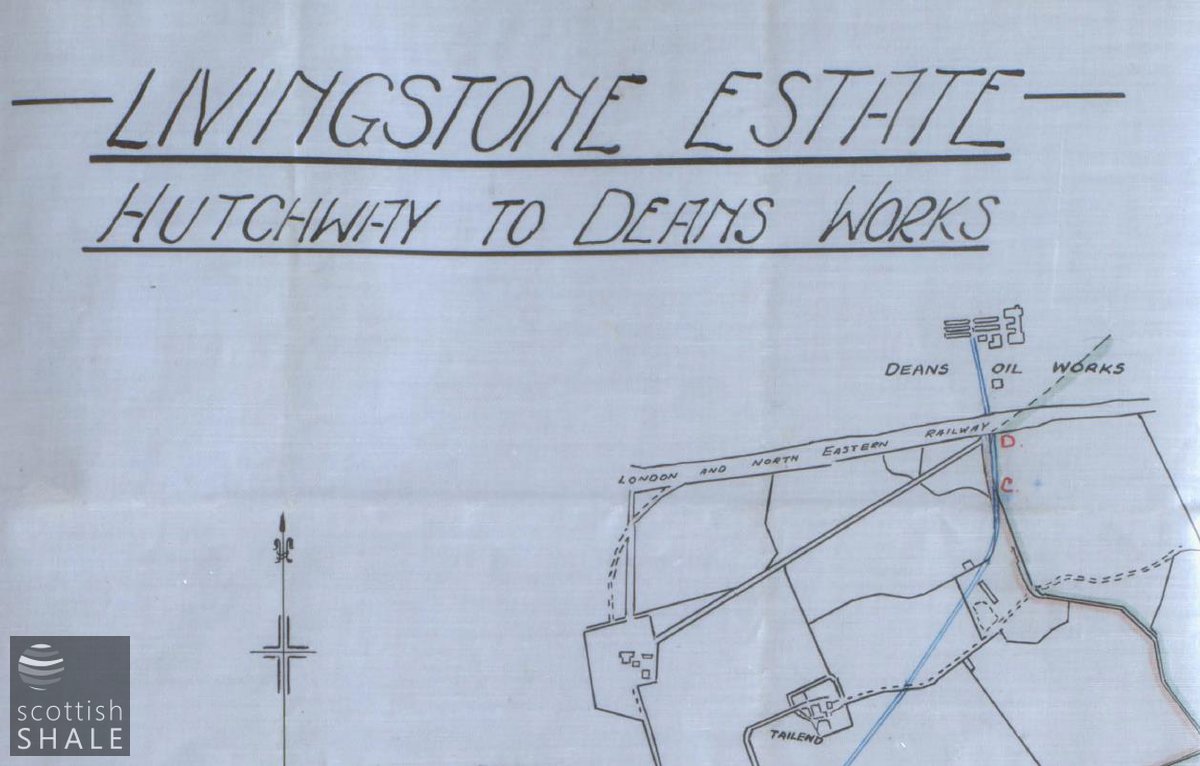 Plan title from minute of agreement between the Pumpherston and Oakbank oil companies and the Rosebery estate. BP archive 129038. 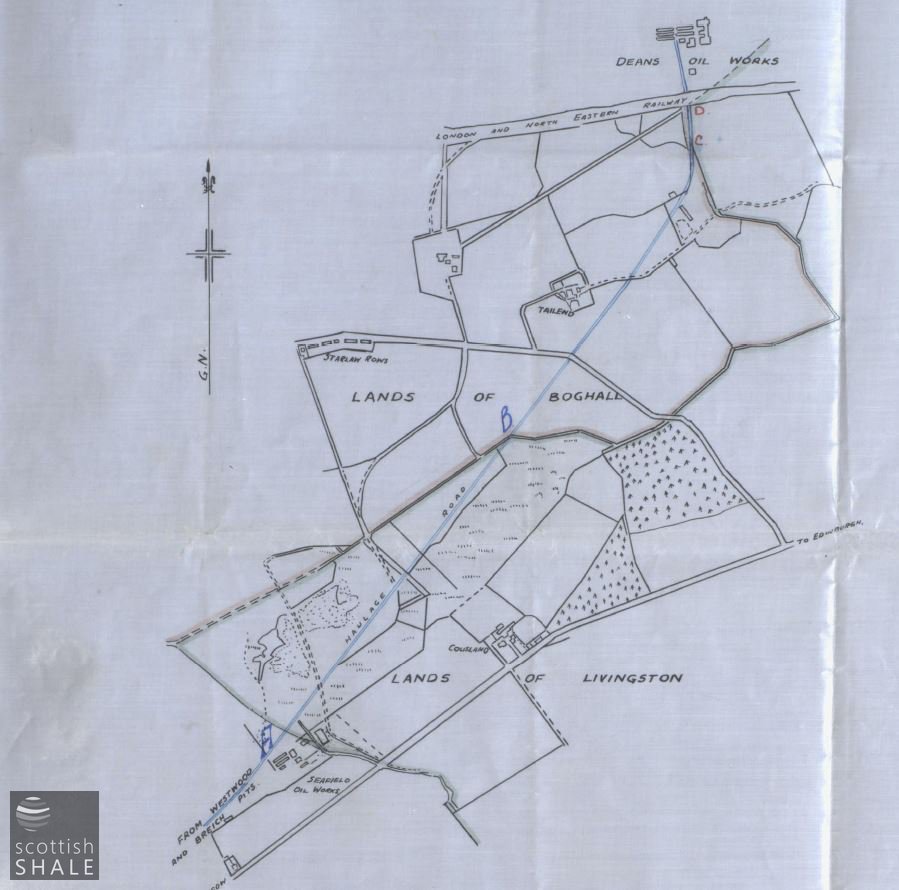 Plan from minute of agreement between the Pumpherston and Oakbank oil companies and the Rosebery estate.
BP archive 129038. 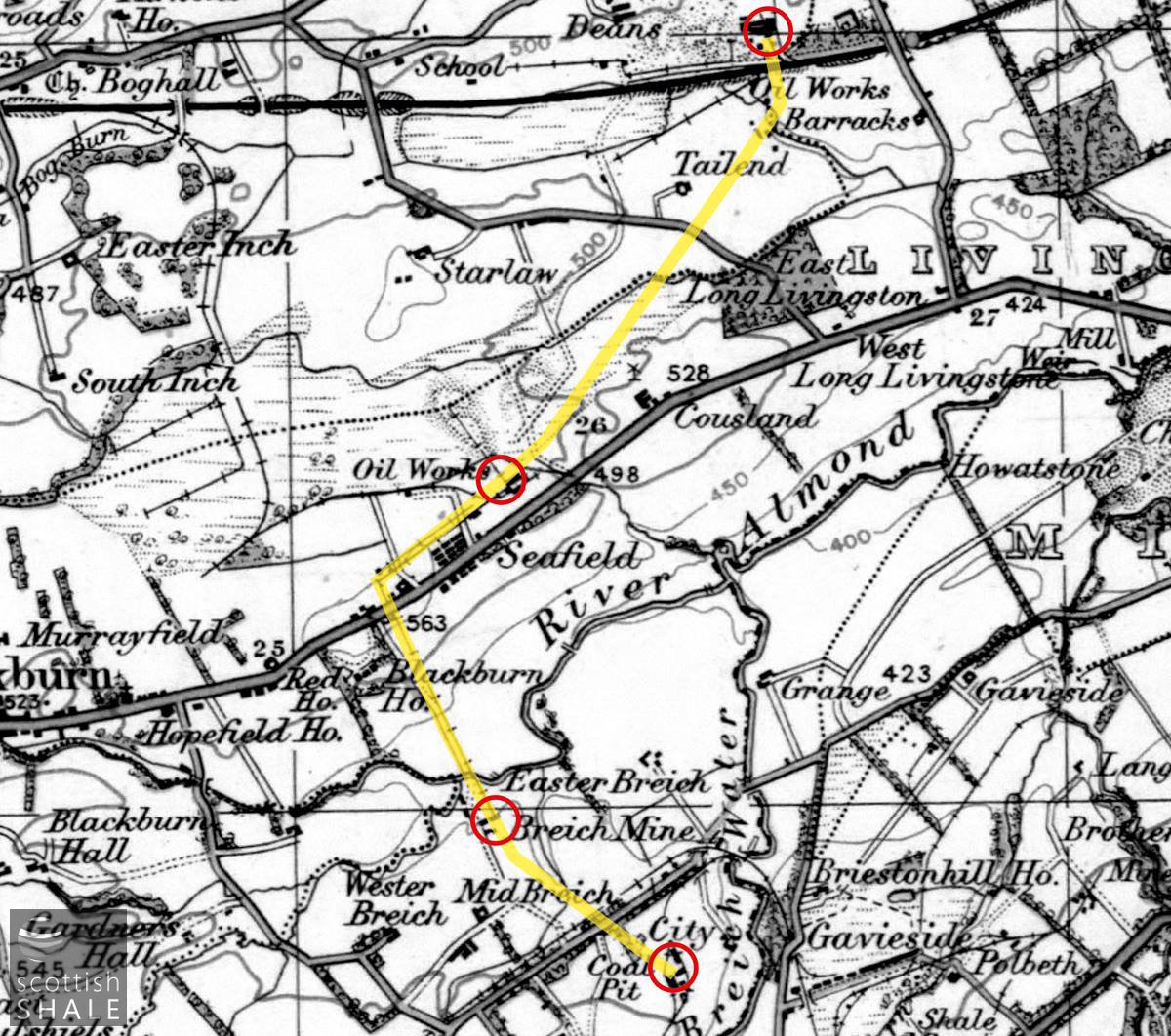 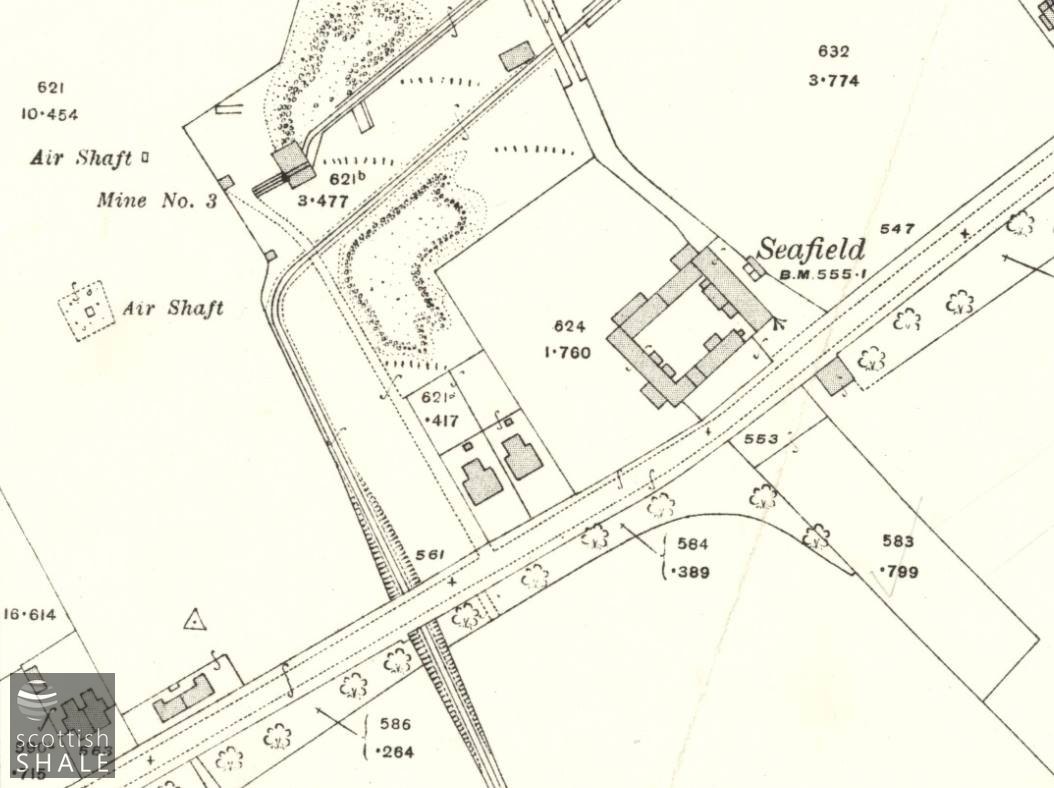 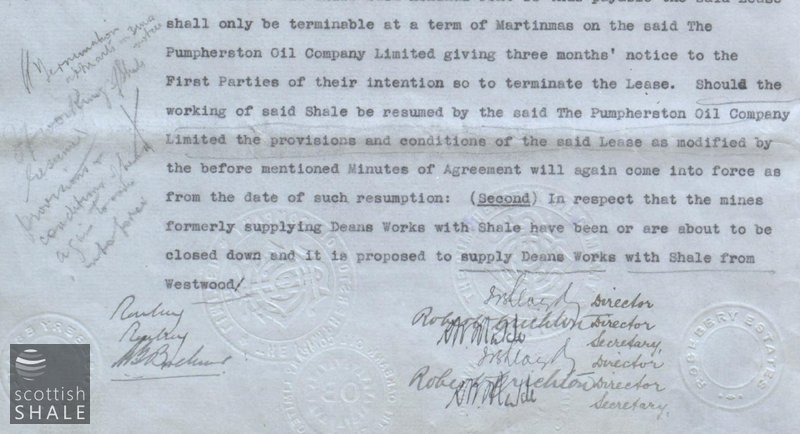 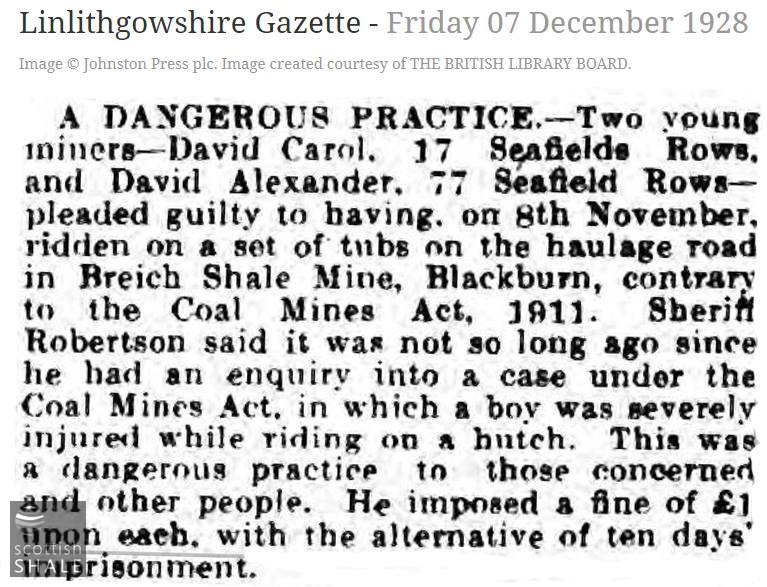 Dangerous practice - uncertain whether this relates to haulage within the mine, or taking a ride on the surface. 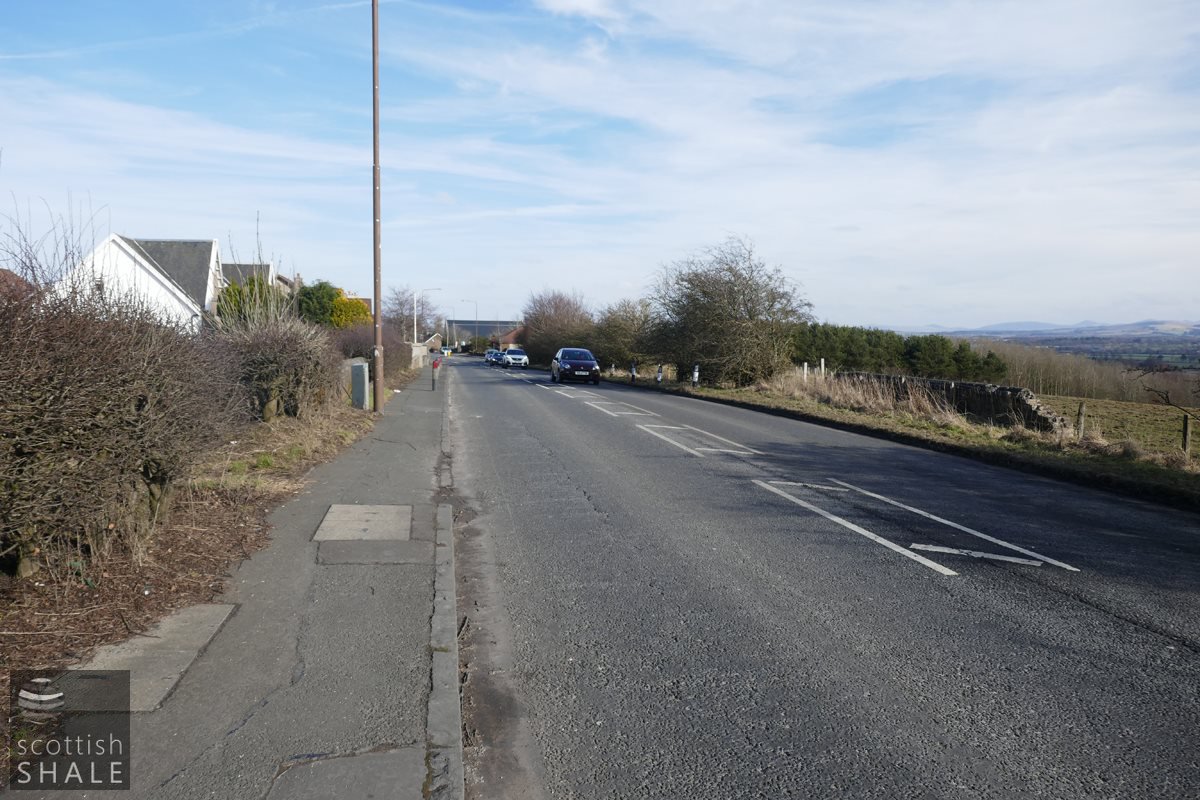 Looking towards Seafield, with brick walls either side of the road marking the point where the tramway passed beneath. 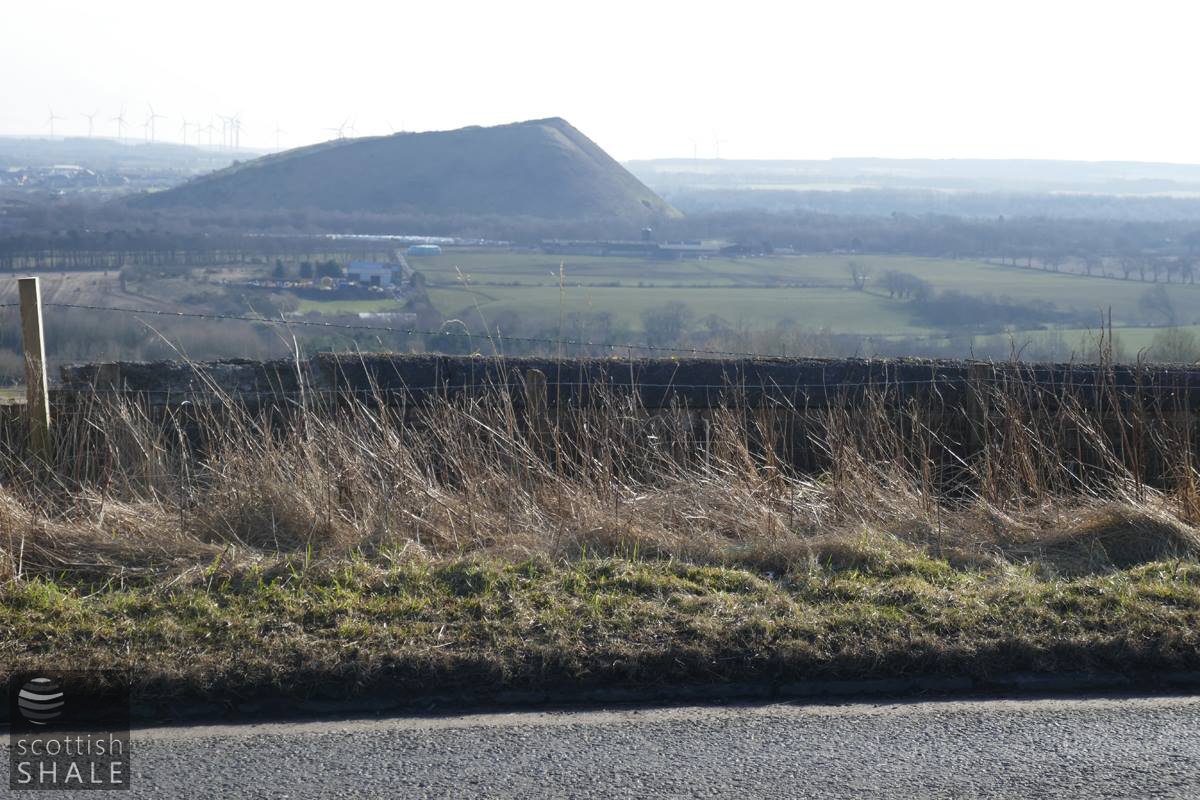 Beyond the wall, looking south, with the surviving buildings of Breich No.1 & 2 in the middle distance, and the bulk of the five sisters bing beyond. 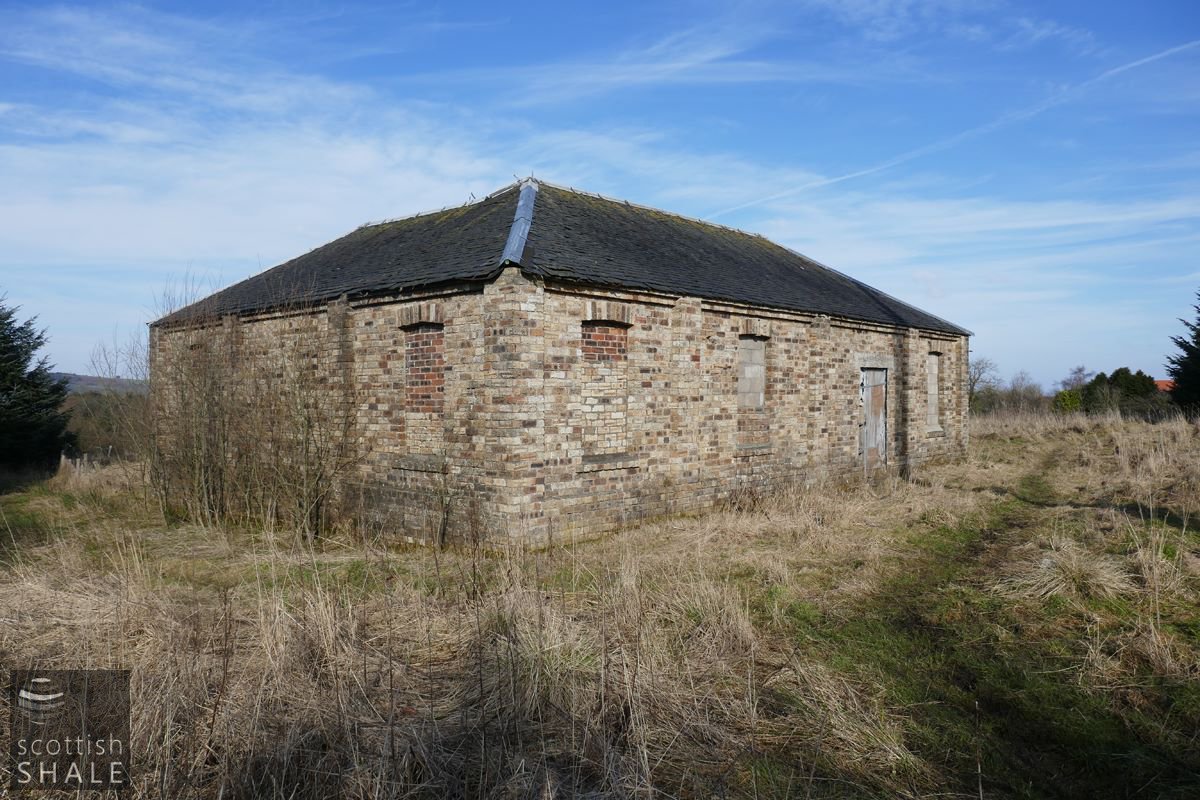 Enginehouse of Seafield No.3 mine. 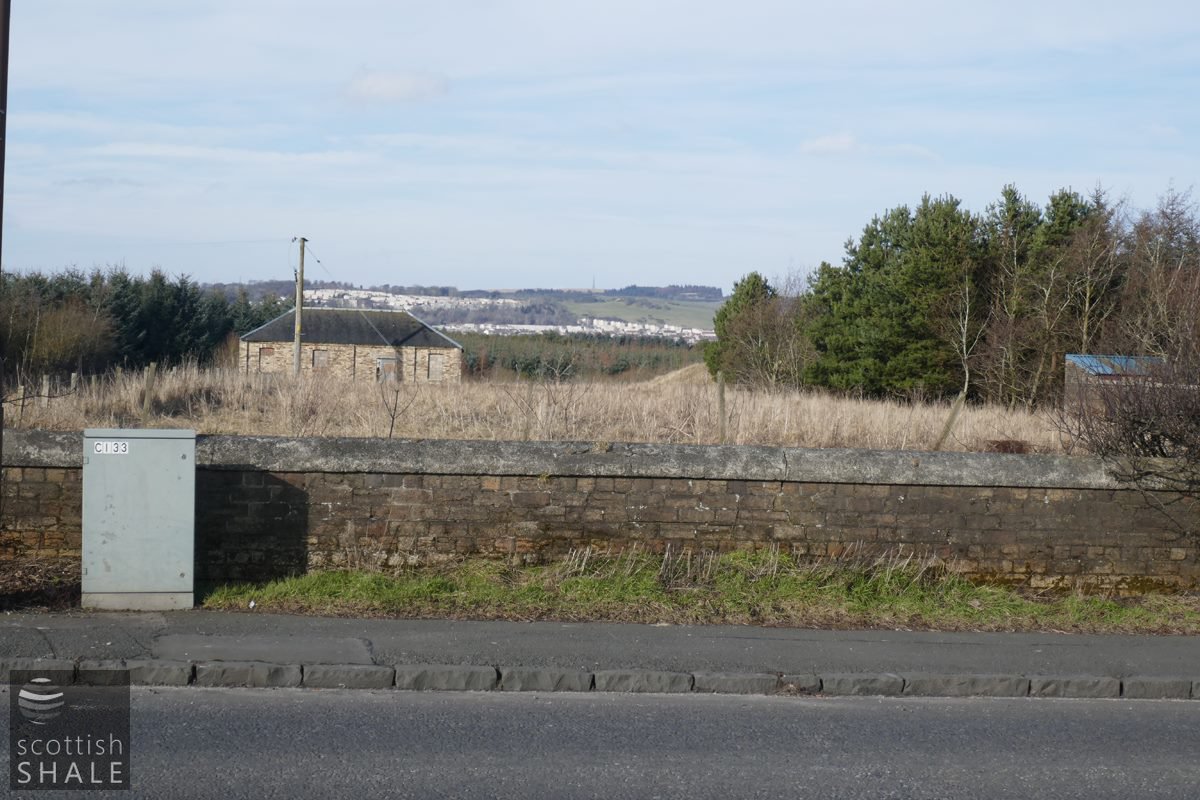 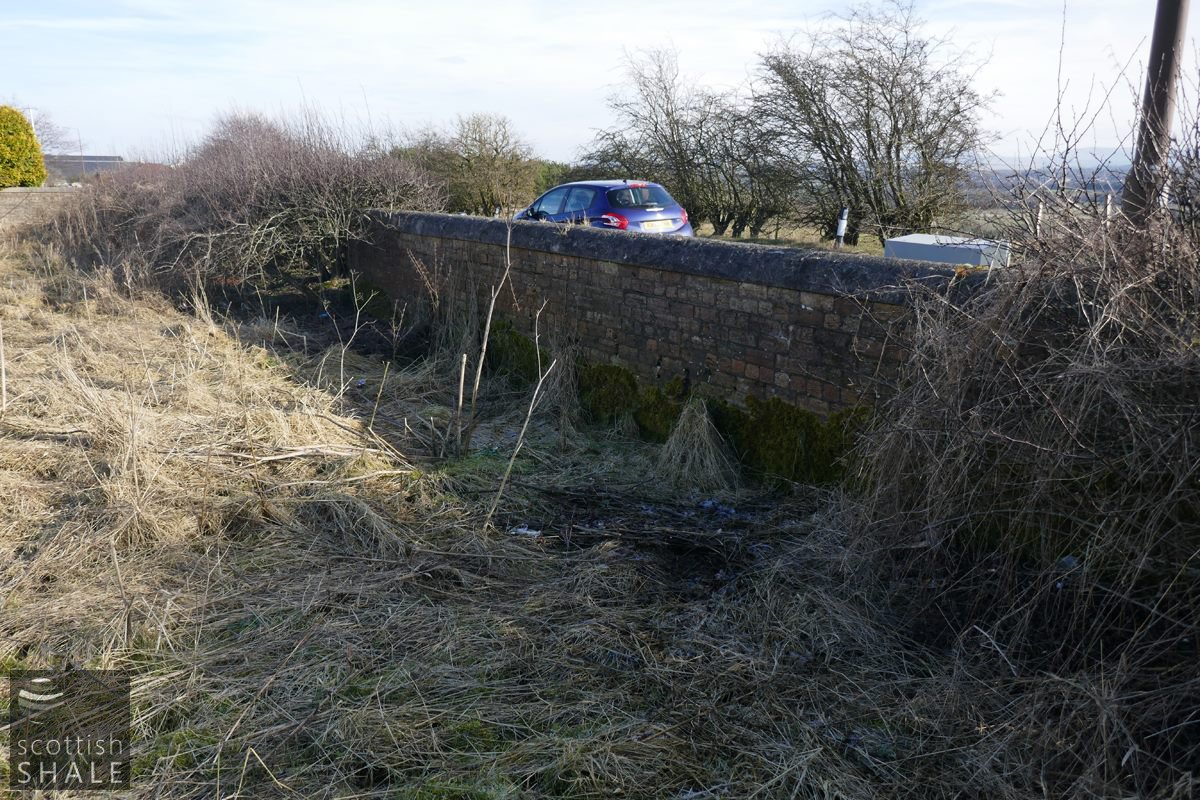 Wall on the north side of the road, where the cutting has been infilled. 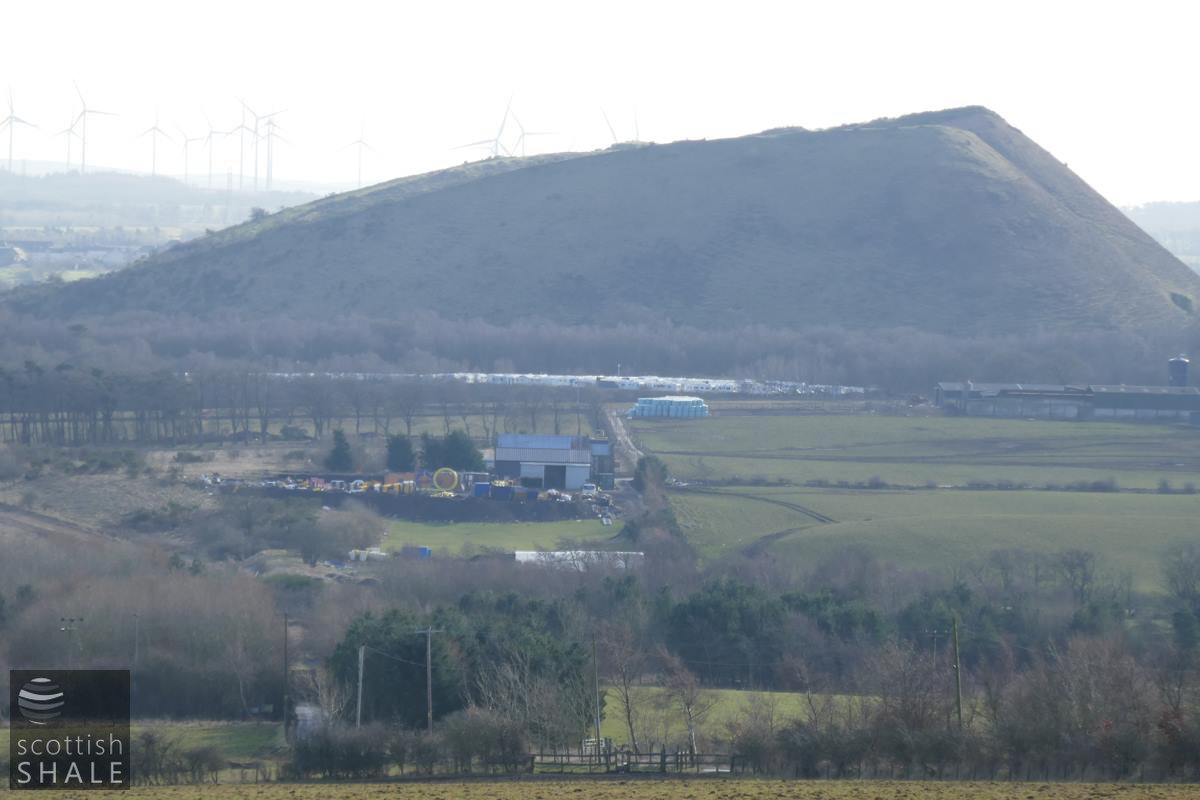 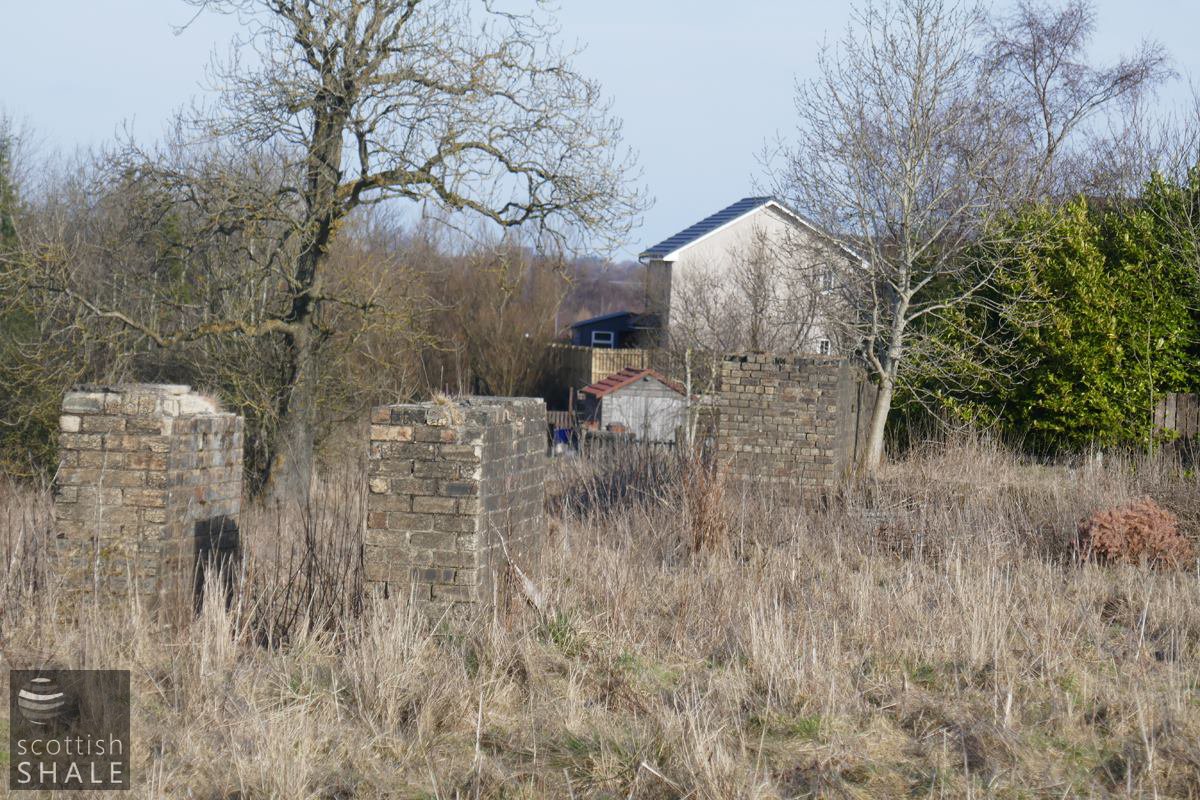 Foundations to the east of Seafield No.3 - perhaps associated with a haulage engine for the tramway? 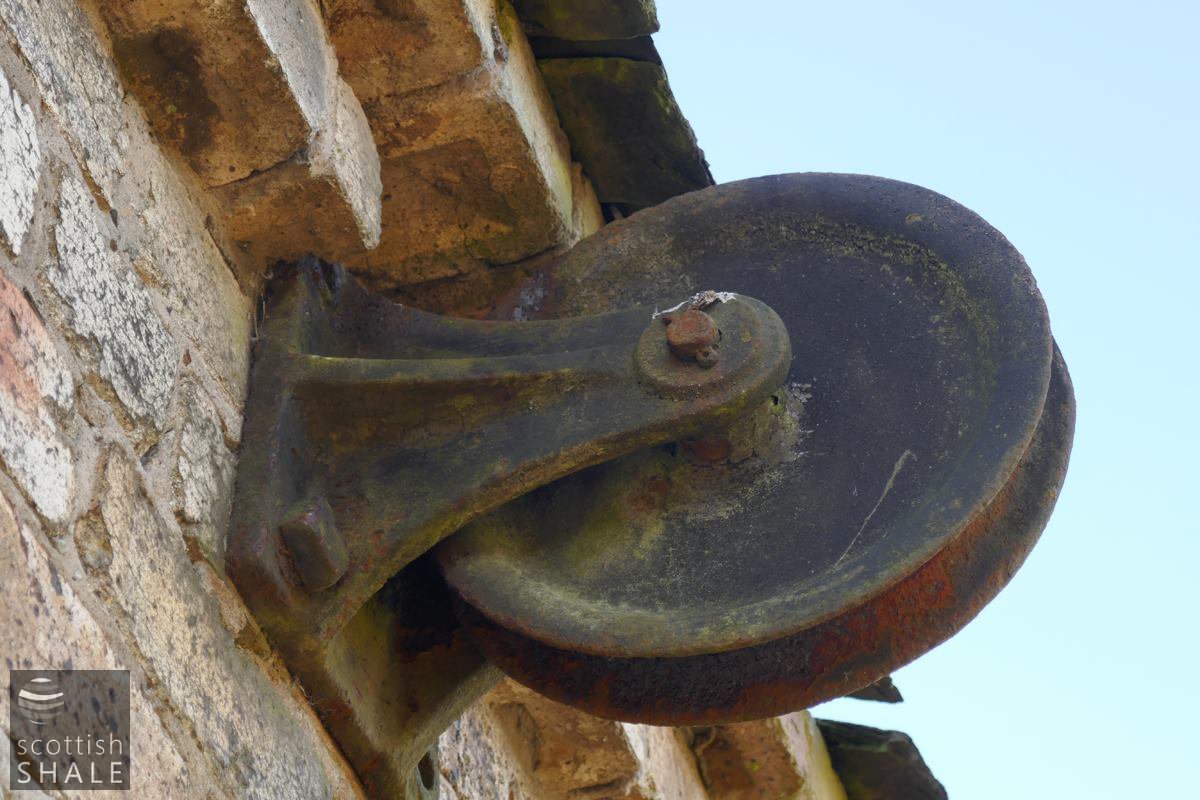 Interesting cable pulley on the wall of Seafield No.3 winding house.