On the Track of the Polar Express 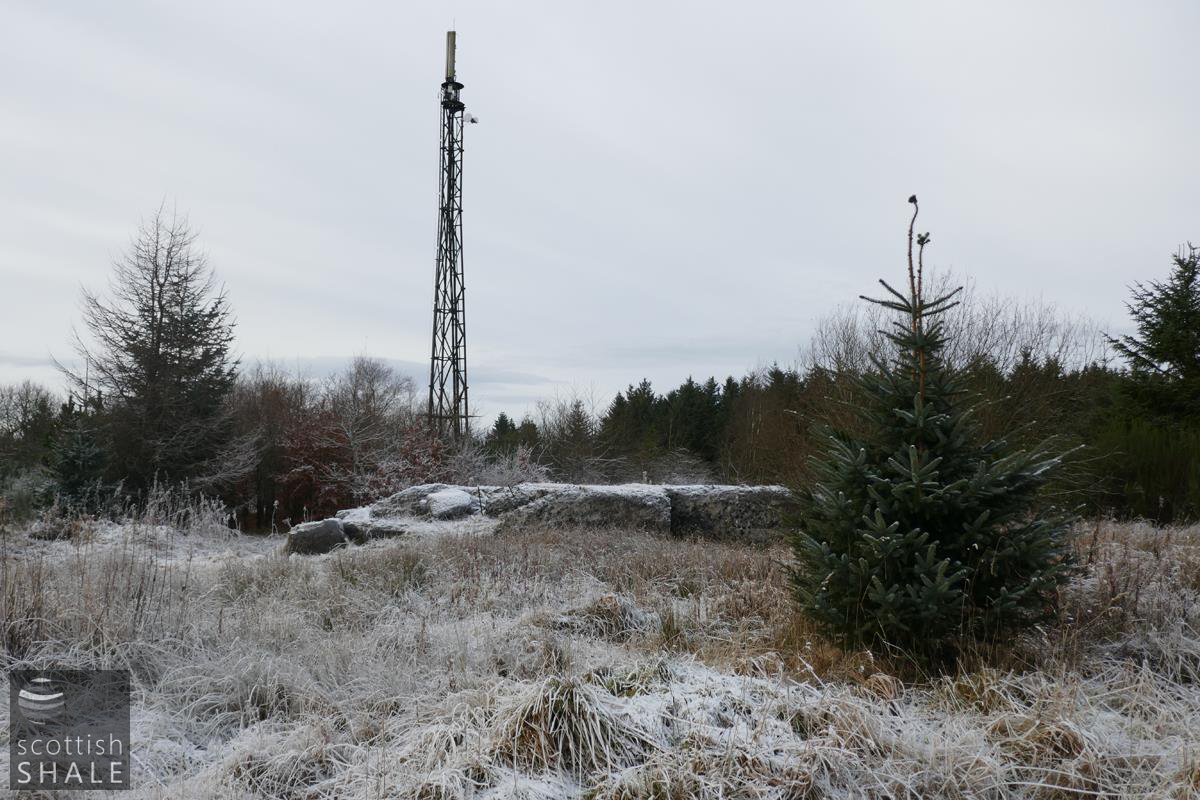 The site of Victoria (Crofthead No.5 & 6 pit) with a mobile phone mast where there used to be pit headgear. 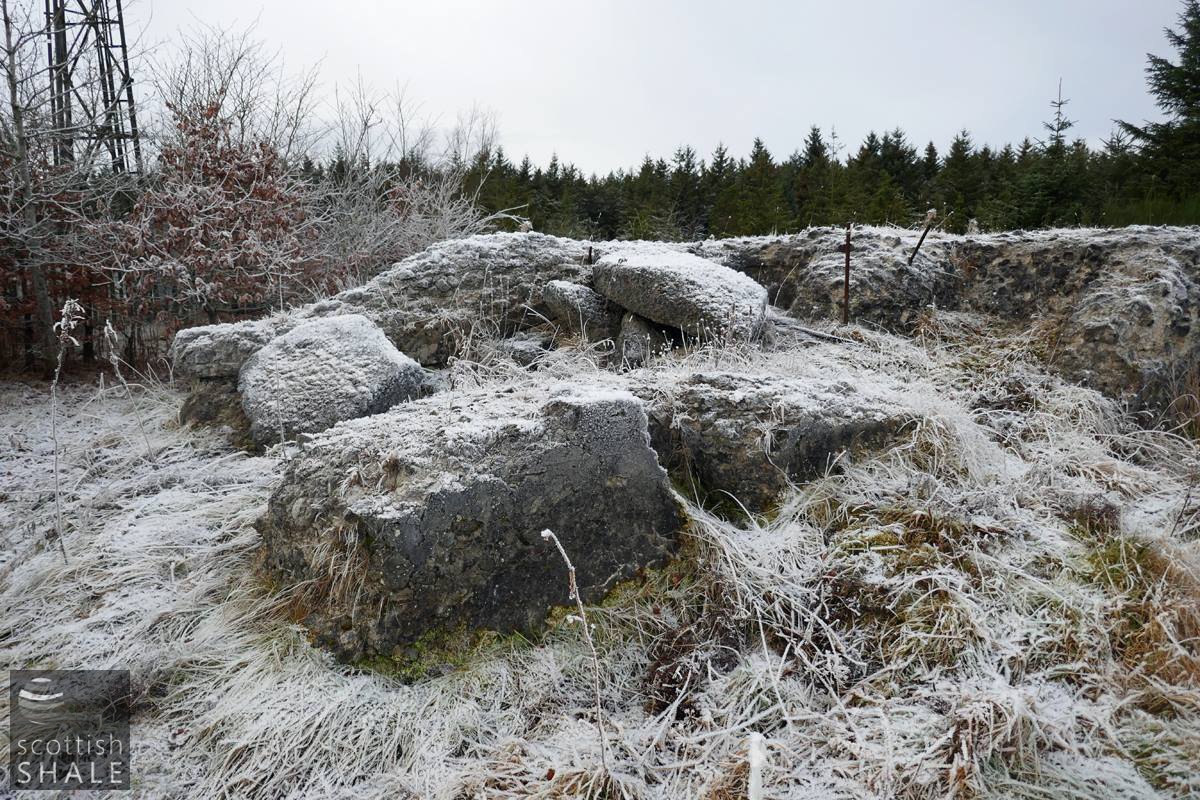 At around the turn of the 20th century, a further coal pit was sunk in the Crofthead estate by Fauldhouse coalmaster Peter Thornton. Crofthead No.7 lay about half a mile north-west of Thornton's Victoria Pit (Crofthead No. 5 &6) in the remote and boggy lands of Fauldhouse Moor. This wild and distant place became known by all as “the North Pole”.

The North Pole was connected to coal washers and other amenities of the Victoria pit by a rope-hauled tramway which struck off on a dead straight route across the moss. Whether or not officially condoned, it might be imagined that the hundred or so folk employed at the North Pole would be tempted to hitch a ride on the tramway, to and from their work.

Both Victoria and North Pole pits closed in 1926, however ruins remain of the site of both pits, and the route of the tramway continues to provide a safe causeway across the moor. The wild open moorland that once surrounded the North Pole has changed considerably however. Substantial areas were worked for moss litter during the middle part of the 20th century, and a little distance to the east, the landscape has been fundamentally changed by opencast mining and reclamation a part of the Heartlands project. Many other areas are now planted as conifer forest.

Despite these changes, on a cold trek on an icy December day it remains clear why the old miners of Fauldhouse knew this isolated and exposed spot as “the North Pole”. 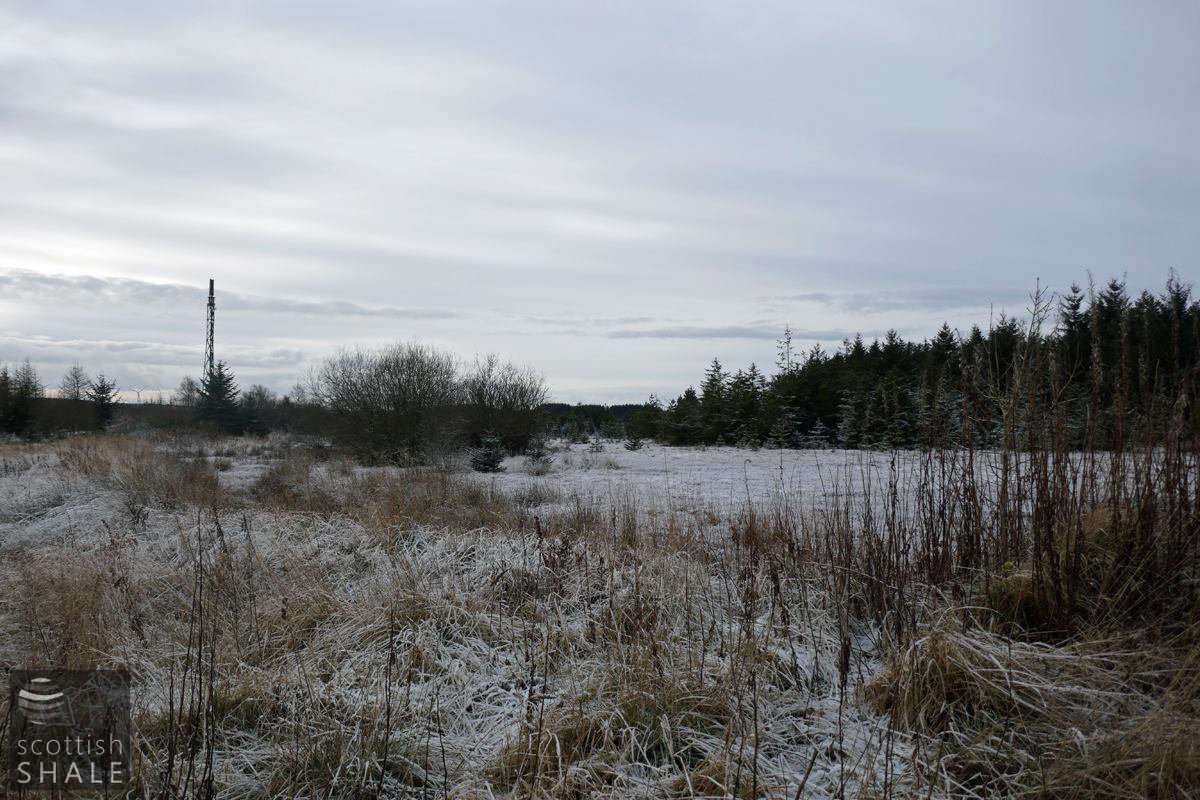 The flat icy field was once the reservoir for Victoria pit. 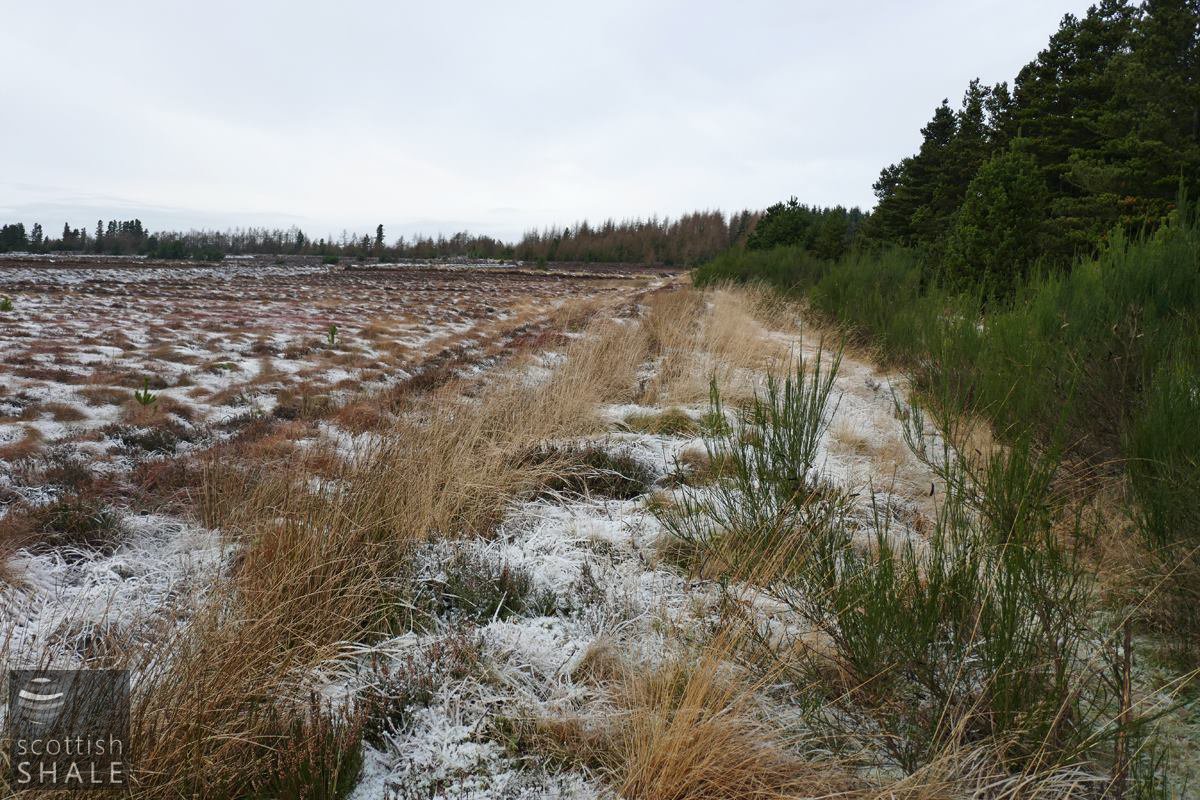 Route of the tramway, with c.1940 peat workings to the left. 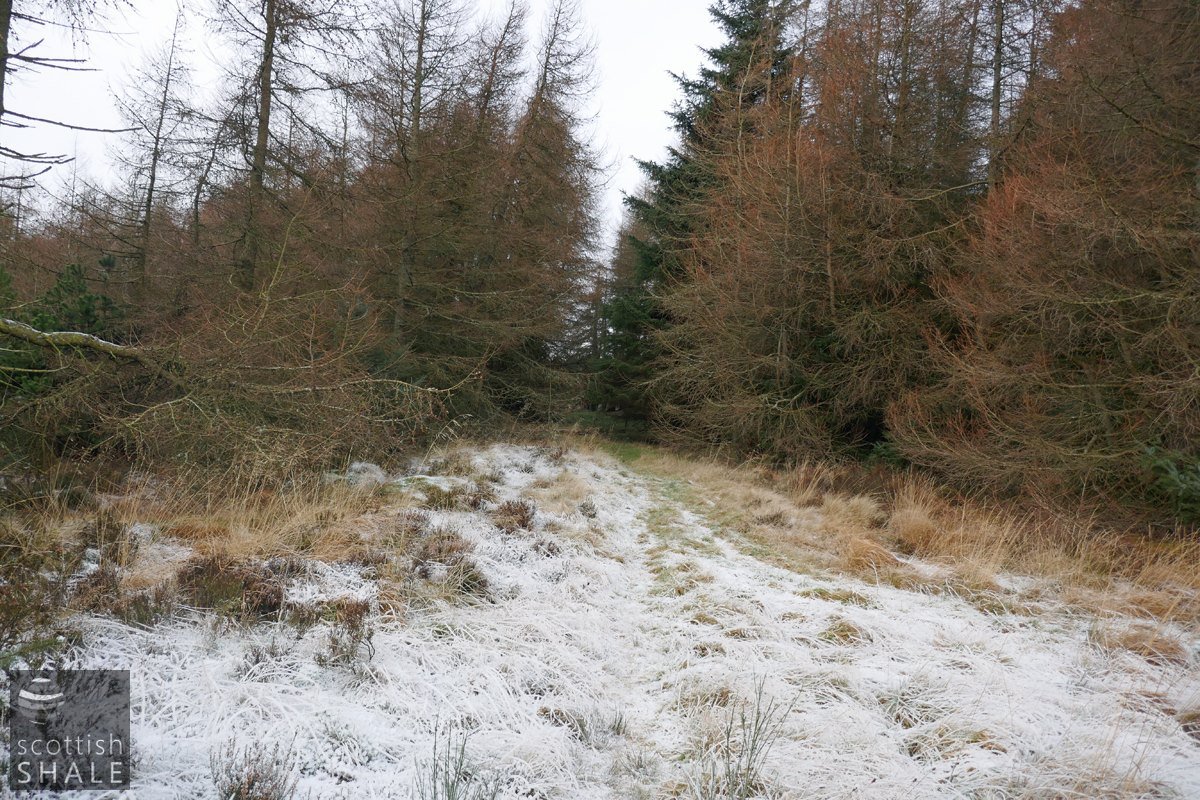 Route of the tramway enters a belt of larch trees. 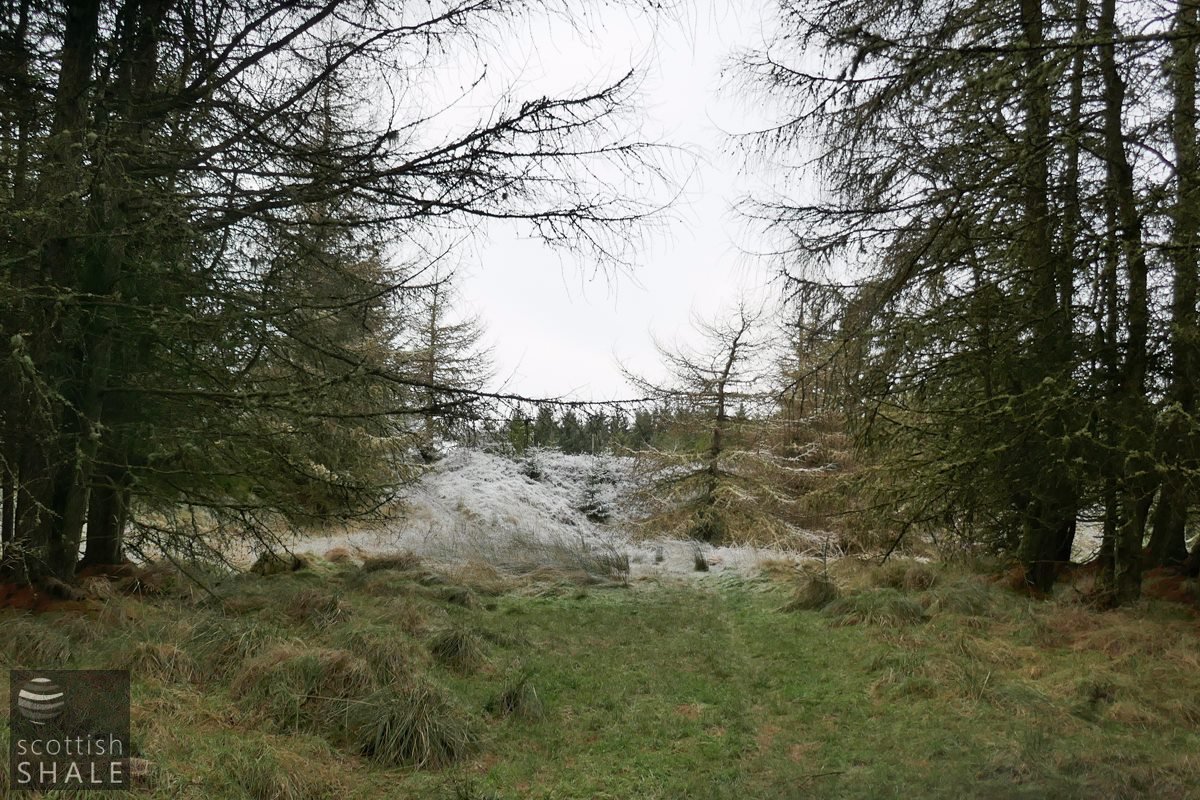 Beyond the larches is the frost encrusted bing of the North Pole pit. 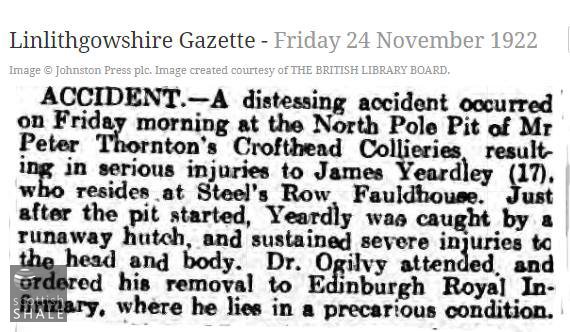 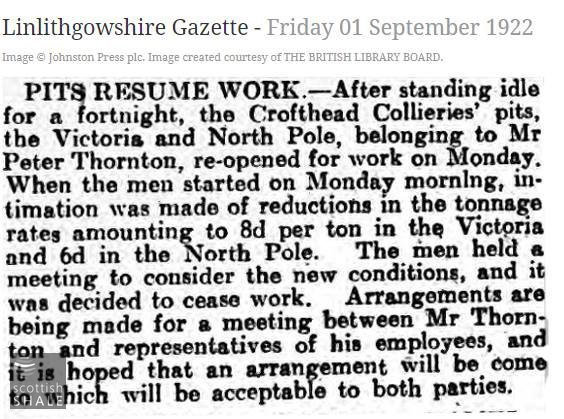 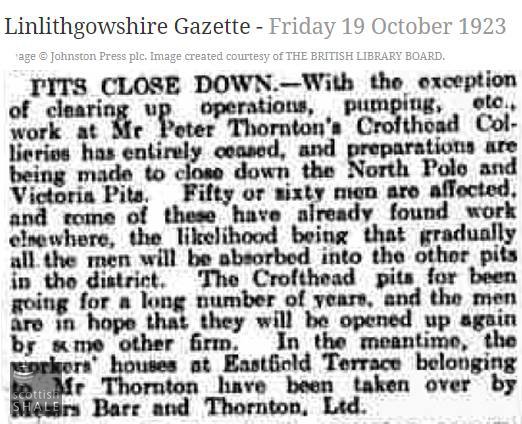 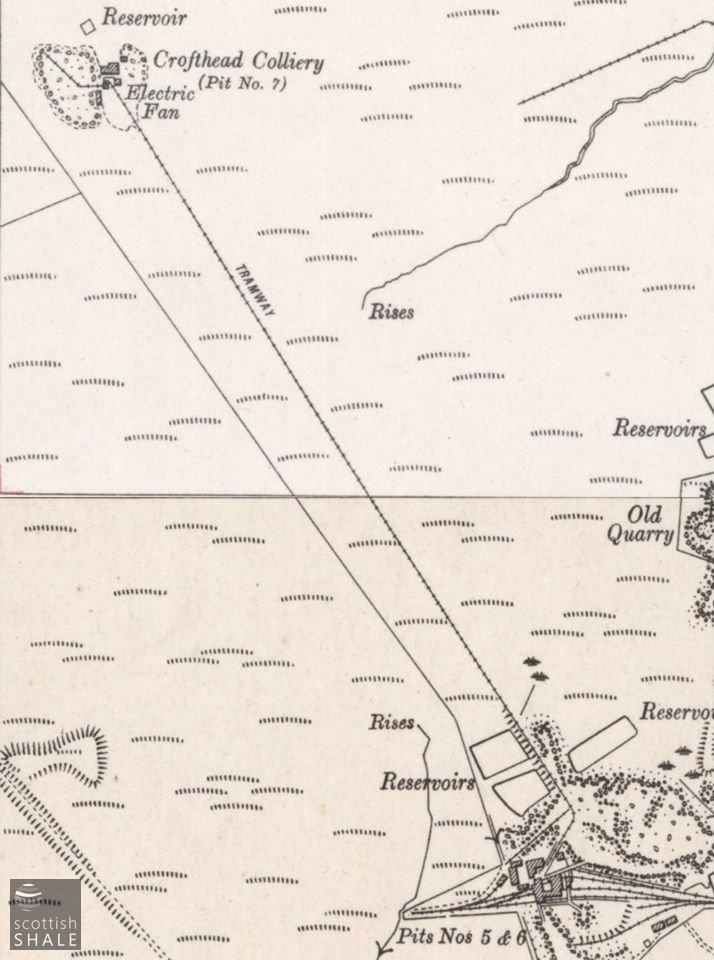 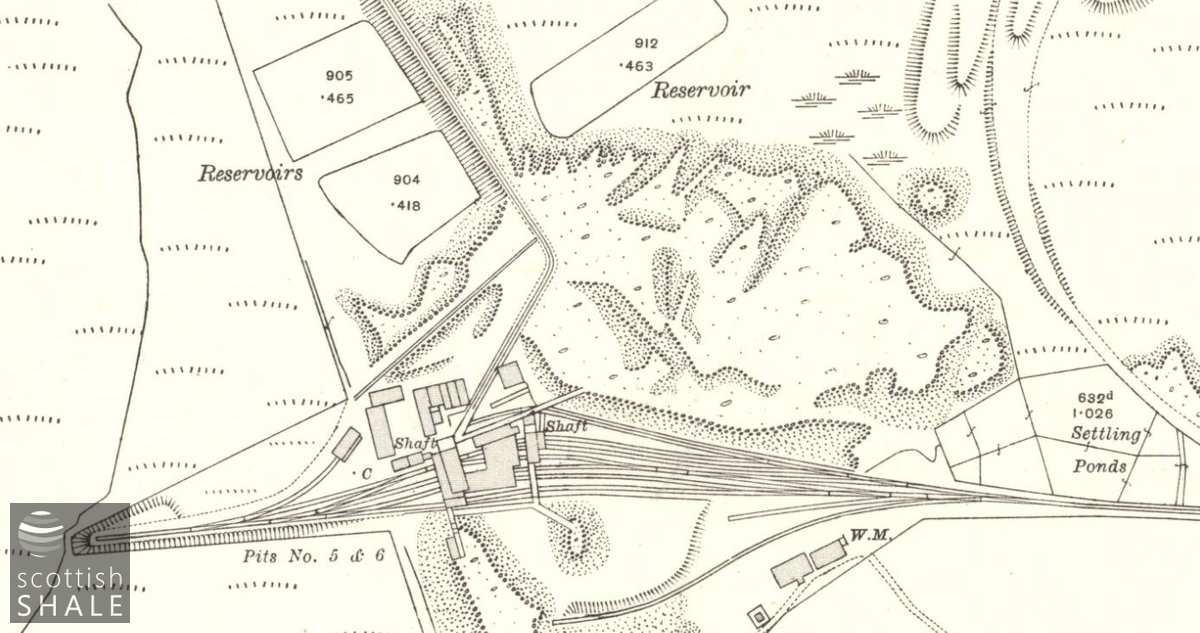 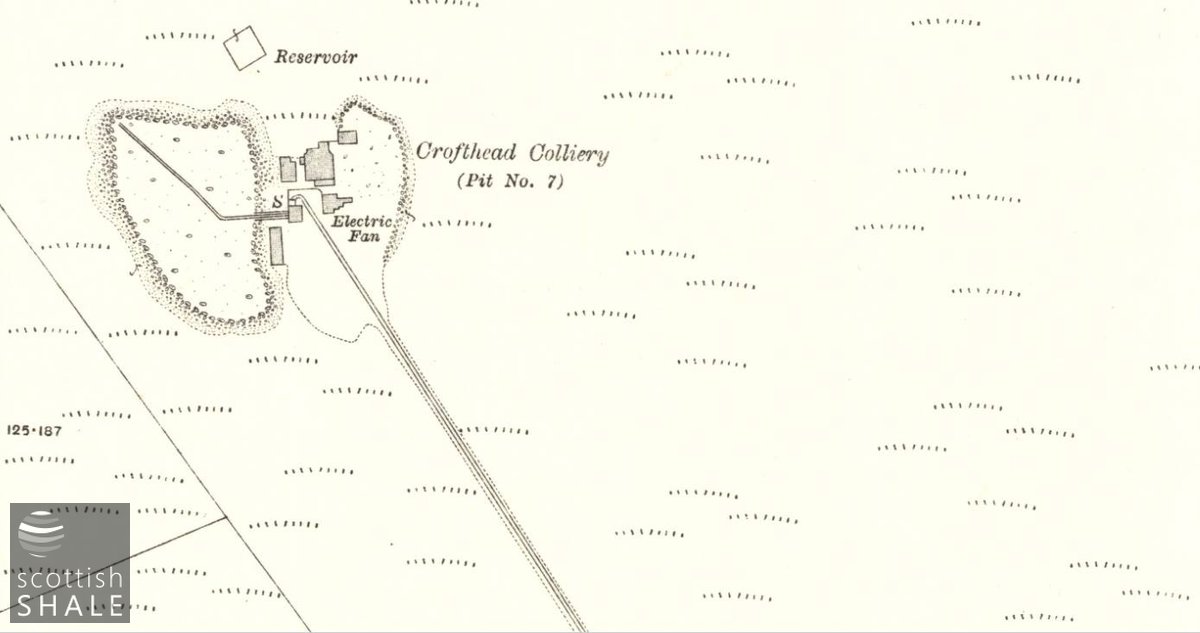 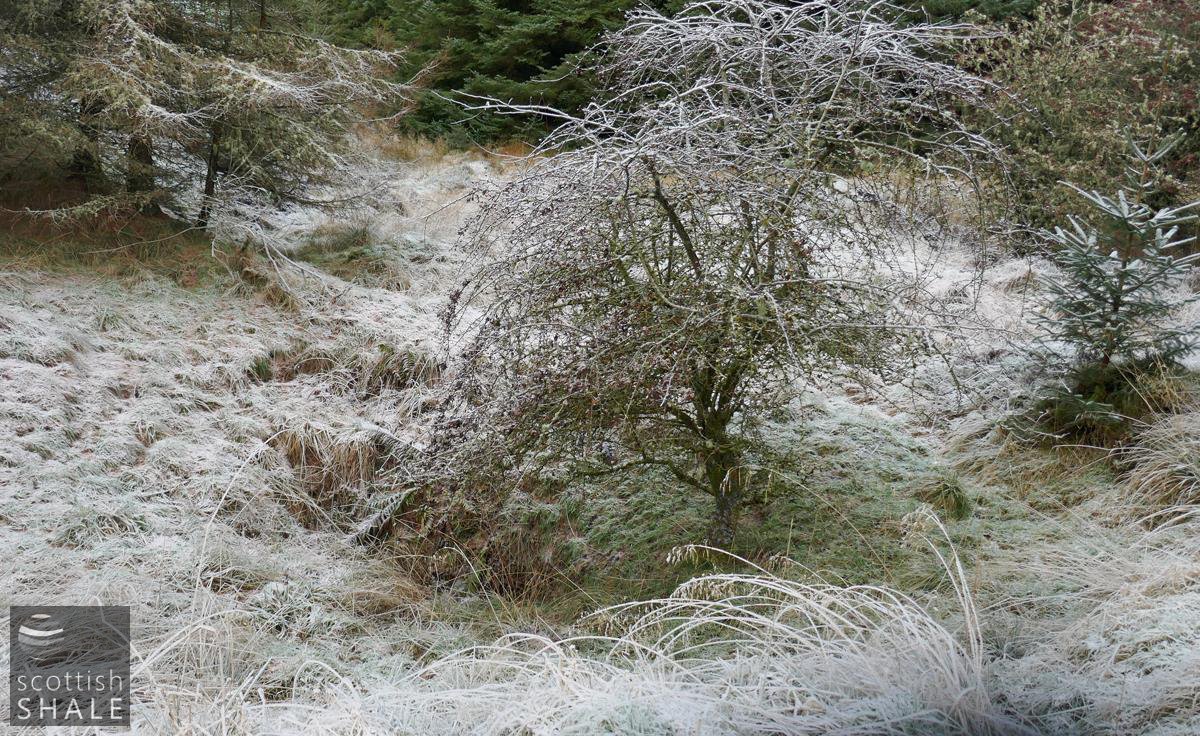 A hawthorn bush obscures a suspicious hollow, probably one of the shafts of the North Pole pit. 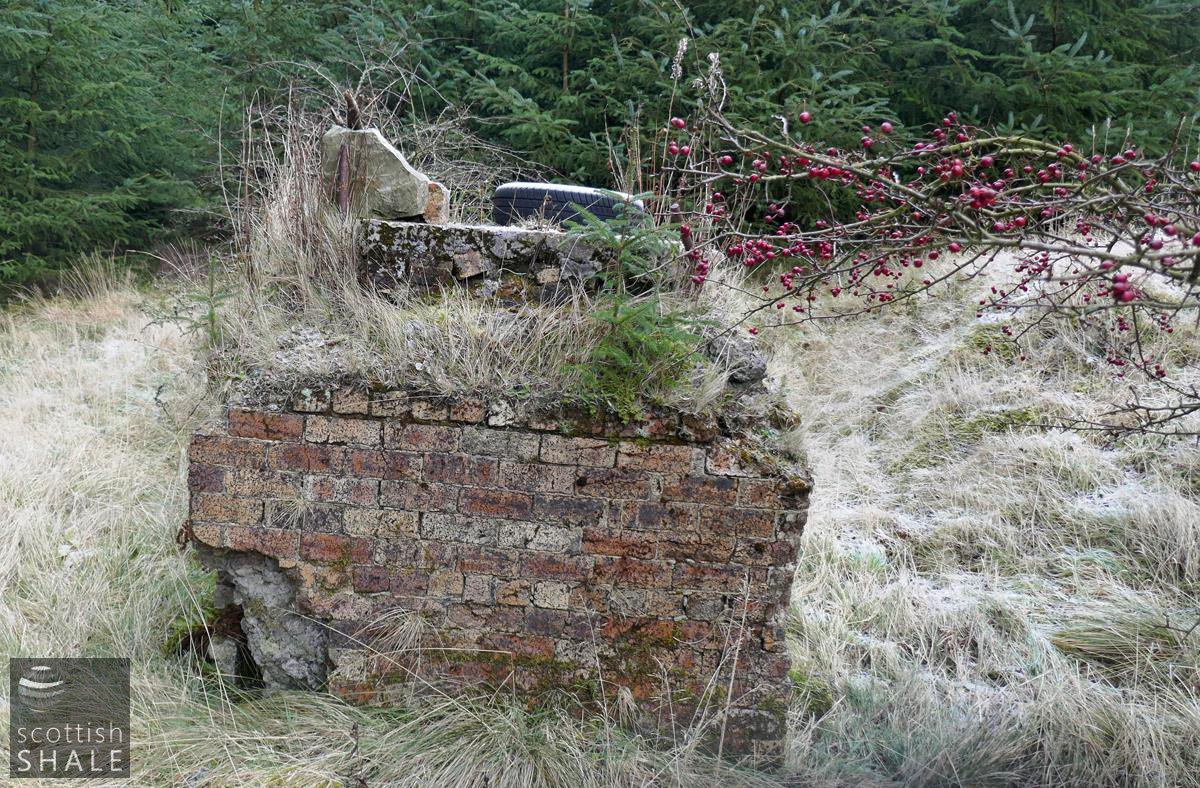 Brick foundations and mounting bolts for machinery at the North Pole. 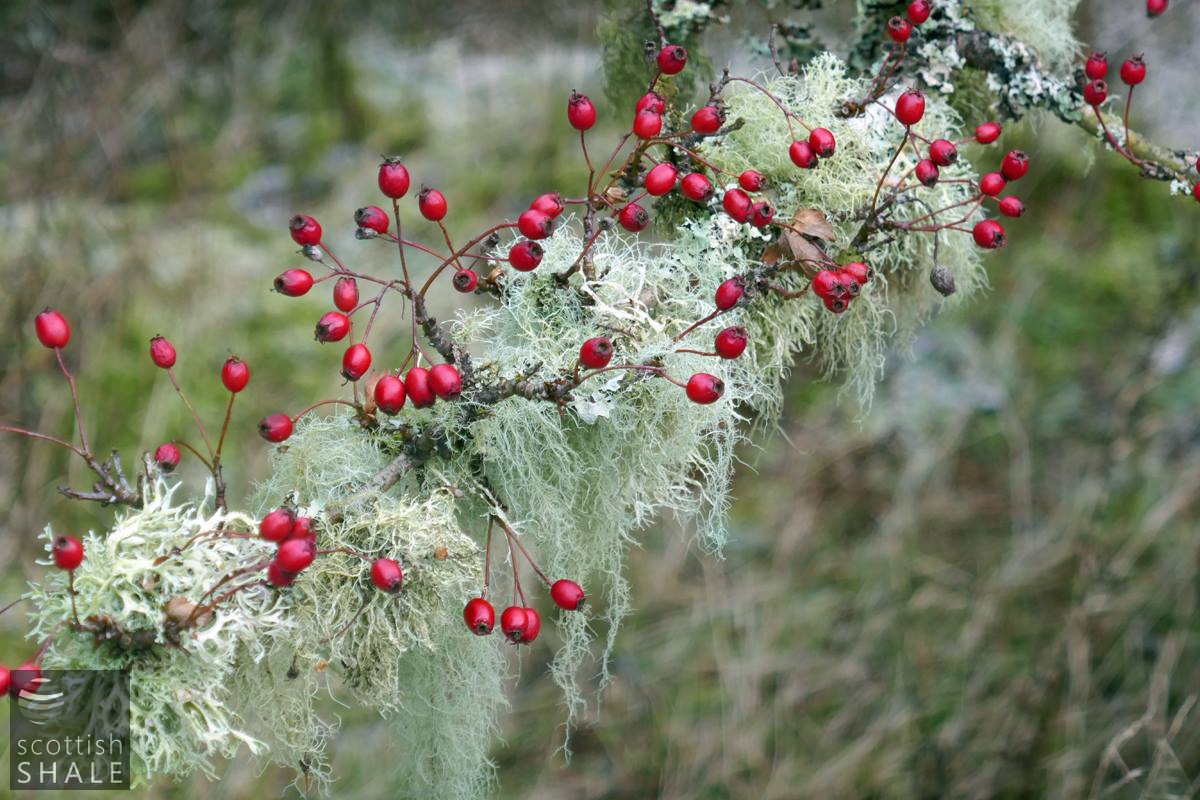 No sign of Father Christmas at the North Pole, but someone has decorated the bushes with beautiful hawthorn berries and lichen. 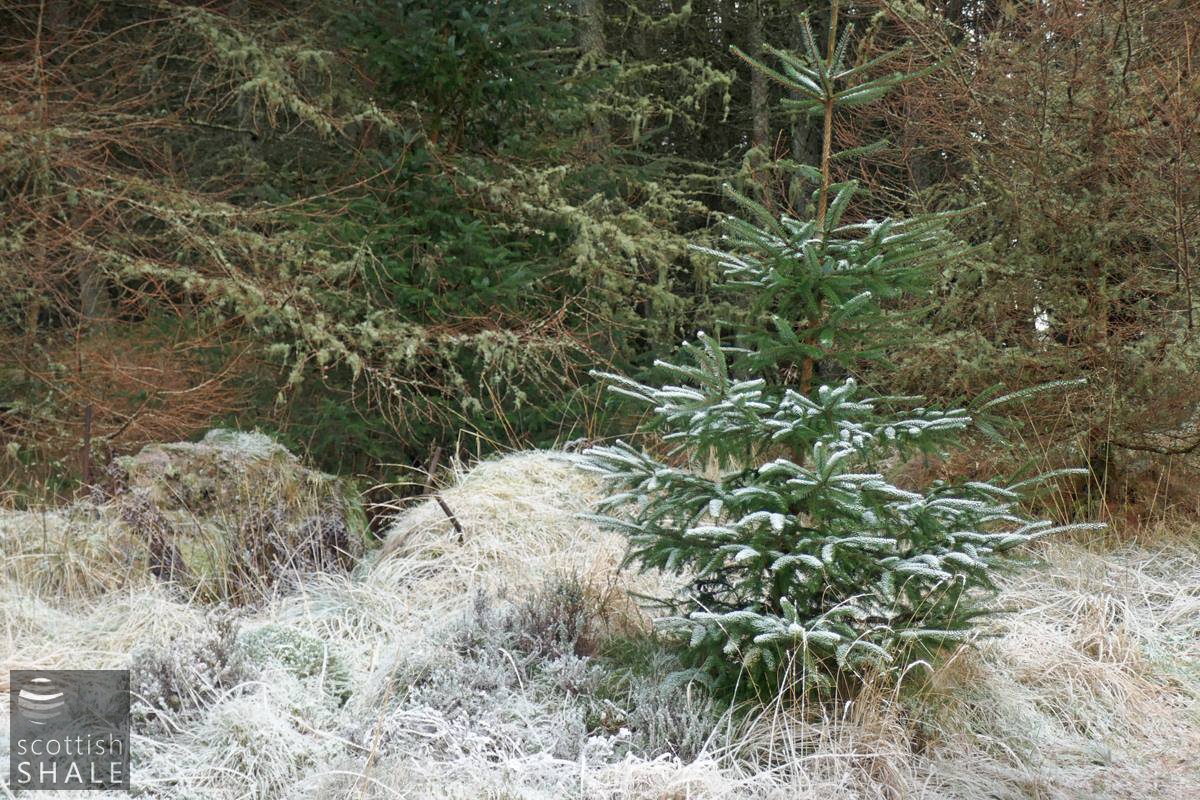 A little Christmas tree, beside more machinery foundations at the North Pole. 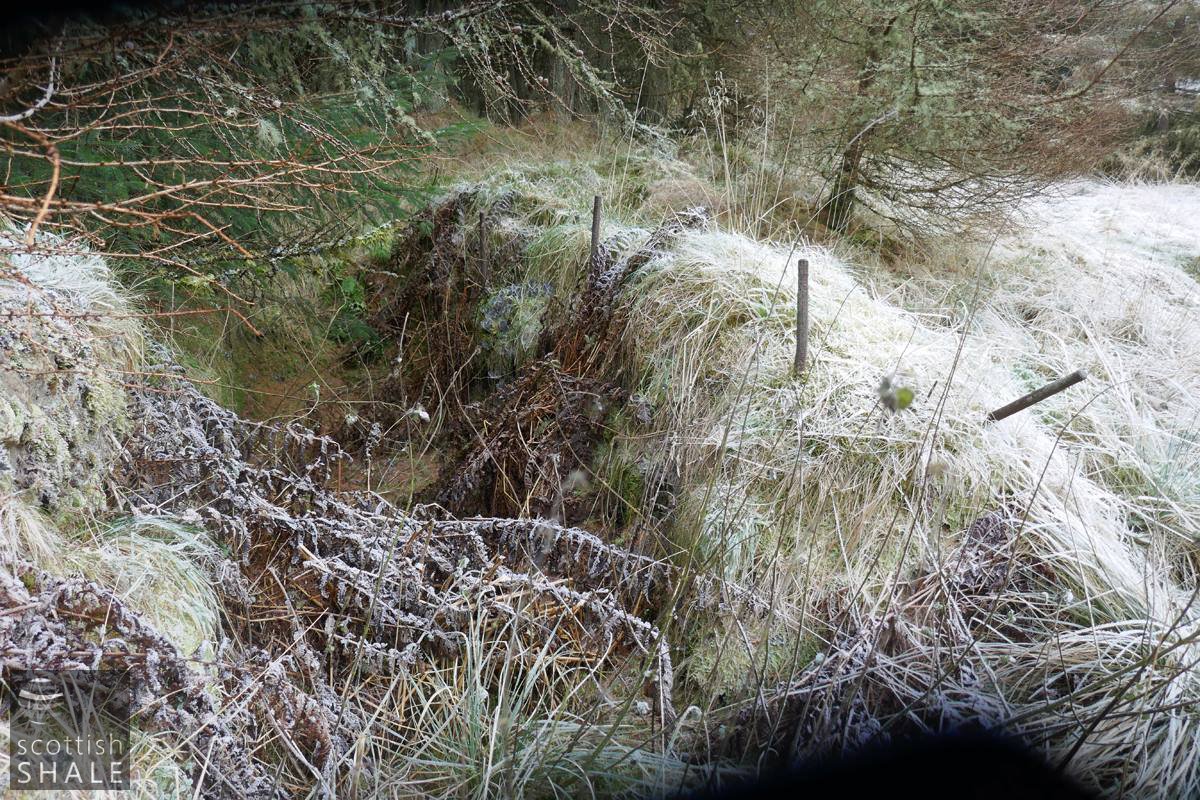 Overgrown masonry and foundations - probably the remains of the electric-powered fan house at the North Pole.