A History of Cult House

Last August, early one Saturday night, a fire started in a contractor's portacabin at Cult Farm. The former farm site was being used to service earthmoving machinery preparing for Whitburn's Heartlands housing development. The abandoned farmhouse at Cult had been barred and boarded to protect it from mischief, but flames from the cabin seem to have quickly spread to the roof of the old building. Dense smoke from the burning timbers billowed northward across the Polkemmet estate and towards the M8. Fire engines were quick to attend but little could be done to save the main building, which was reduced to a blackened shell.

The Cult estate was home of the Wardrop (or Wardrope) family from at least the middle of the 17th century. From the 1730's William Wardrop of Cult controlled various areas of land in the Whitburn area, and did much to help establish Whitburn as a village and as a separate parish. Several generations of the Wardrop were prominent medical men. William seems to have run an apothecary in Edinburgh's grassmarket, qualified as a surgeon in 1729 and later served on the Board of the Edinburgh Royal Infirmary. He seems to have a man of some influence and standing, with the financial resources needed to substantially improve the family estate at Cult. 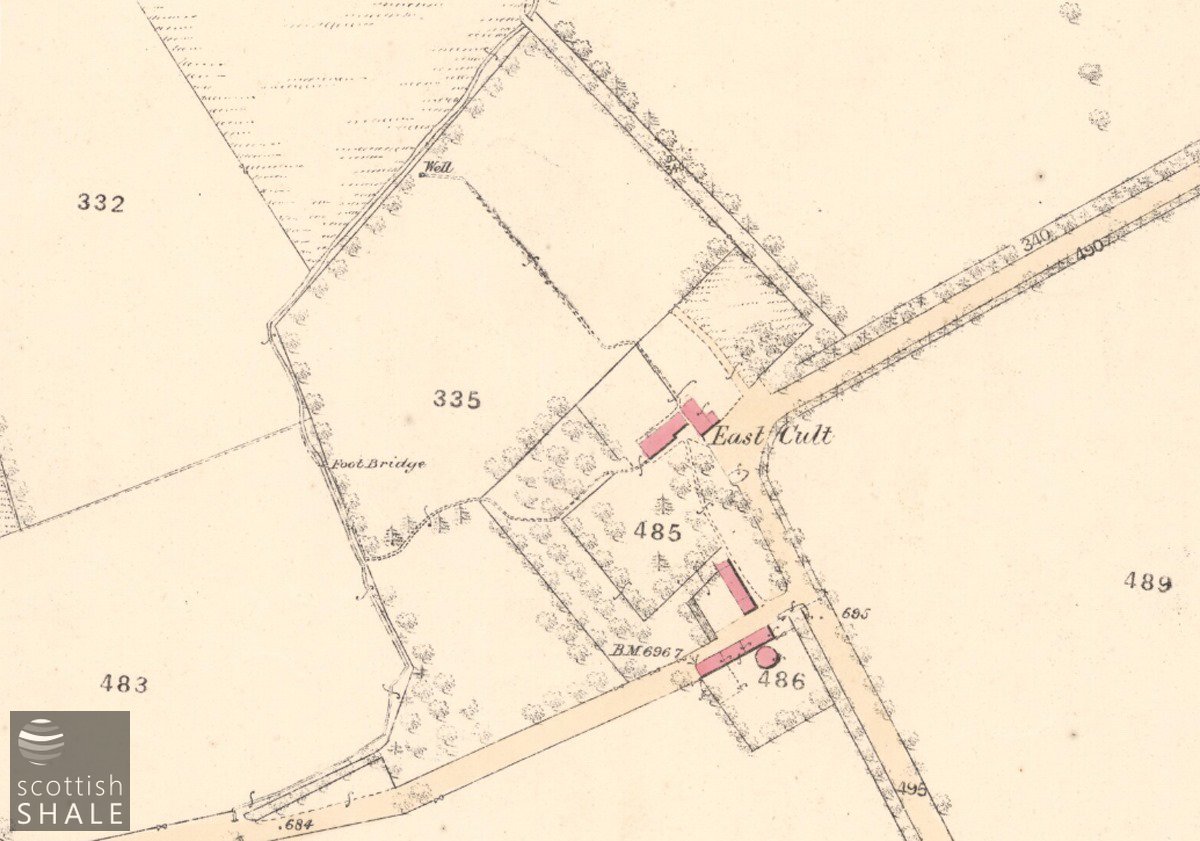 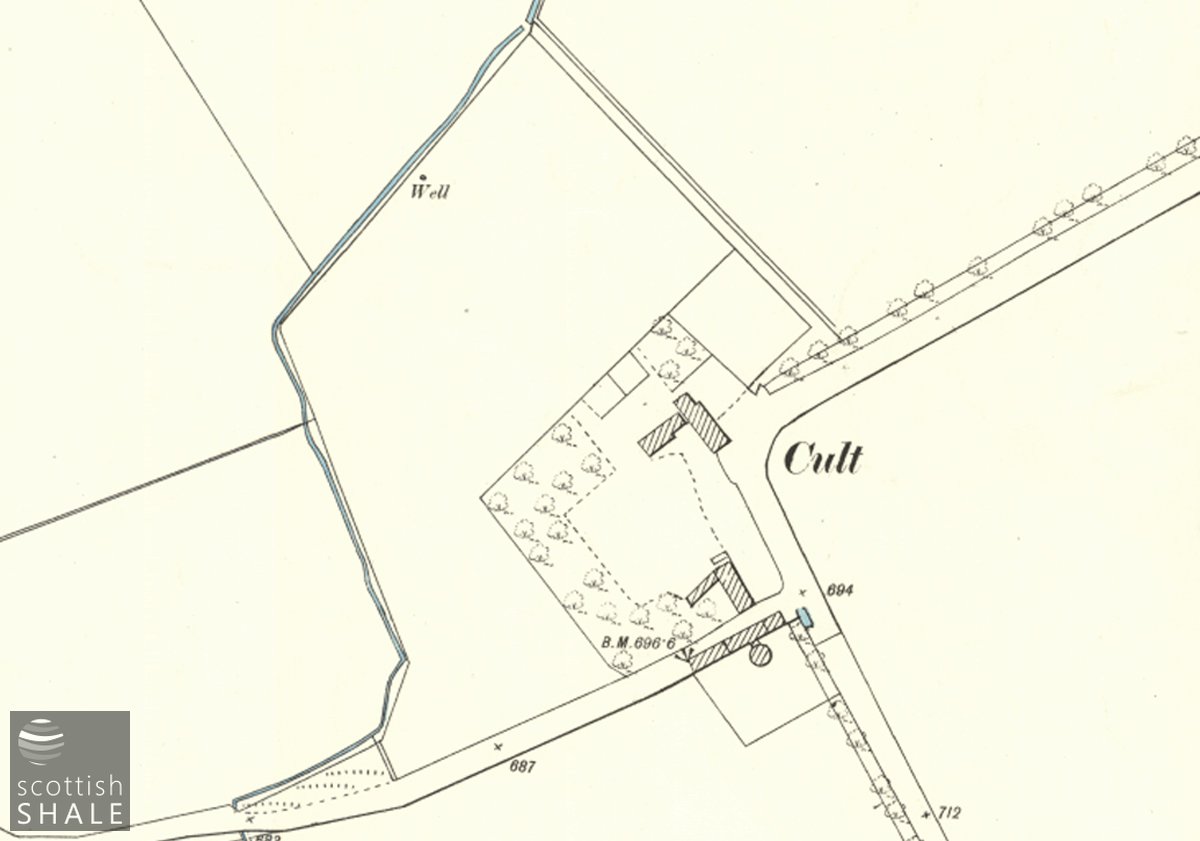 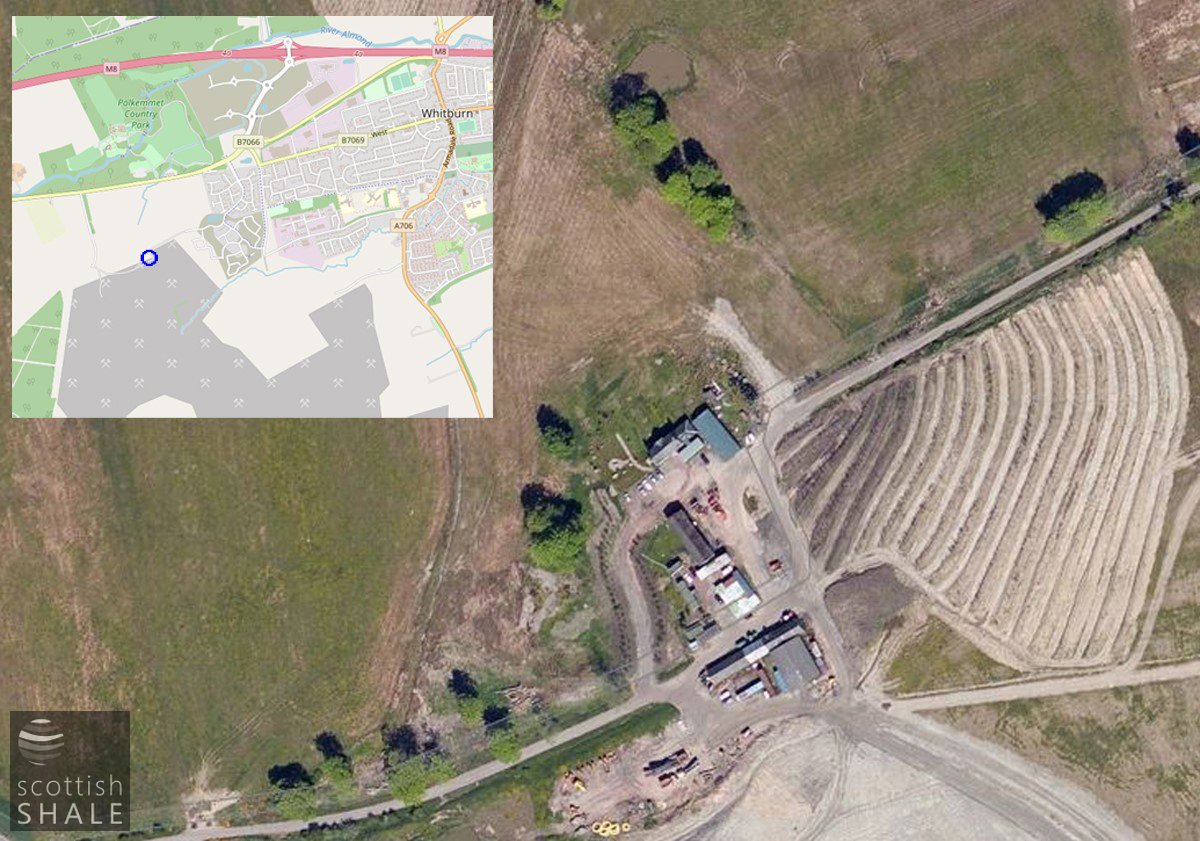 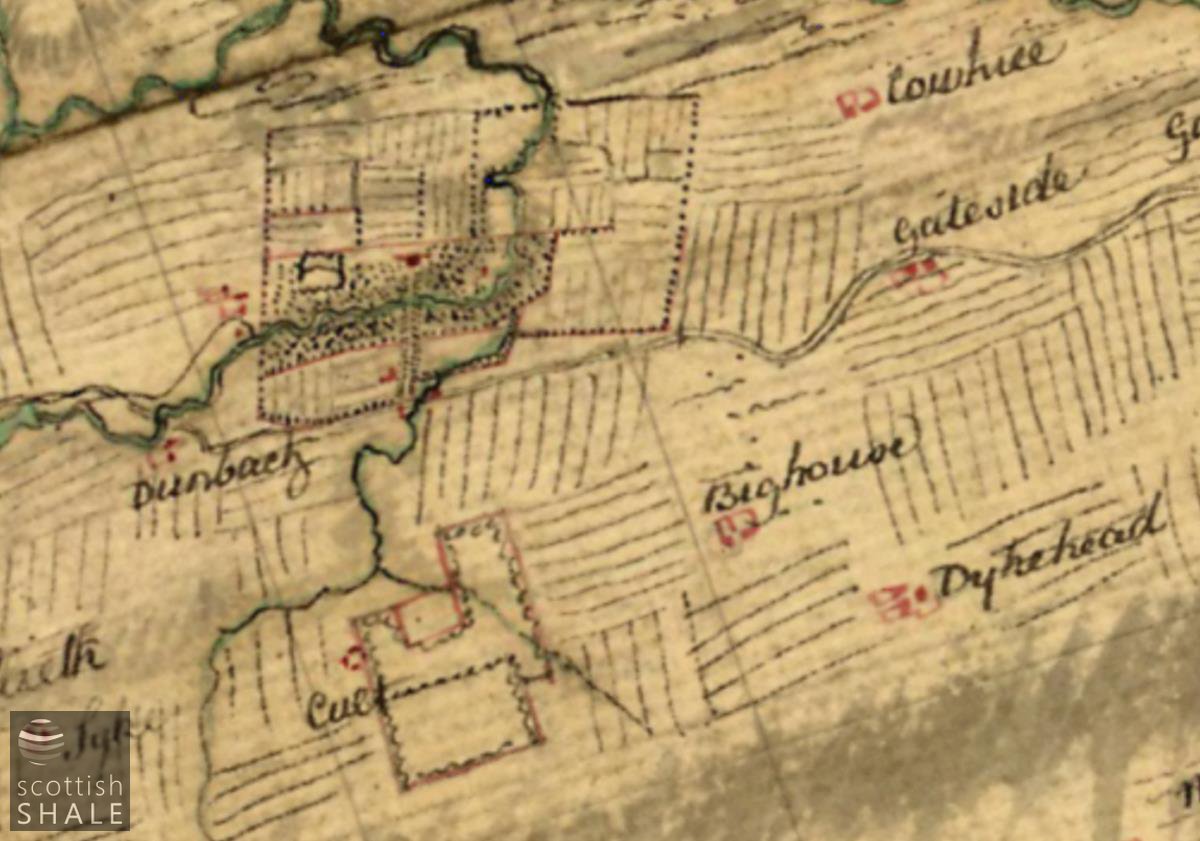 Cult must once have been a bleak and inhospitable place, with few trees to provide shelter, and poor soils that were constantly waterlogged. Roy's map sketches out the landscape as it appeared in the early 1750's. A number of tree lined fields or gardens around the mansion-house at Cult suggest that some landscape improvements had already been carried out , however many of the surrounding fields are still marked with a cross-hatching indicating the ridges and furrows of the old style of open fields. 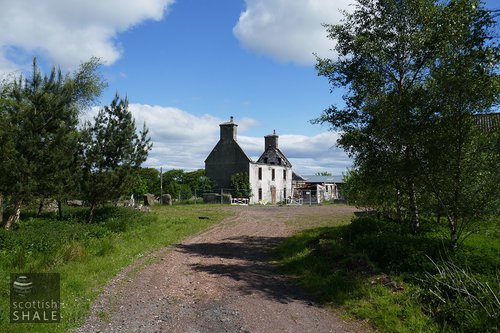 Huge efforts must have made throughout the 1750's and 60's to bring the latest agricultural improvements to Cult. 400 of the 537 Scots acres (about 275 hectares) were brought into arable production, with the land being split into 24 enclosures separated by hedges, ditches, and stone dykes. Many thousands of trees were planted in strips between some fields to provide shelter from the wind. The mansion-house was set within two gardens “one of them enclosed with a good wall, and stocked with fruit trees of the best kinds”. The mansion-house seems likely to have been built some time around 1740-50; a plain but solid two storey stone building with “seven fire-rooms and a kitchen”, sited on a ridge looking down towards the distant Edinburgh to Glasgow road. To the south of the mansion and its gardens, and at a respectful distance, there were substantial “offices”, other agricultural buildings, and a threshing mill powered by a horse gin.

Travelling by stagecoach on the great turnpike road between Edinburgh and Glasgow, the newly improved Cult estate must have been an impressive sight. The mansion-house, with central gable and circular window, will have stood out on the skyline on the south side of the road, close to where it passed the Halfway House inn. The regularity and crispness of newly created fields, with their hedges, walls and ditches would have been in contrast to the mossy wastes elsewhere along the route. 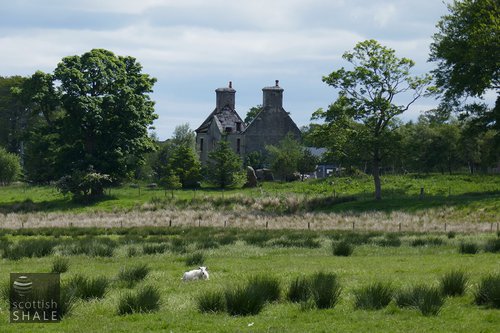 Cult must also have seemed very smart and modern compared with the old Polkemmet house and estate on the north side of the road. Above left: Approaching the house from the west.

William Wardrop died in about 1770, leaving long-running legal questions over succession to the estate, which was claimed by his eldest son, Doctor David Wardrop. The mansion-house and estate were advertised for sale in 1782 and again in 1790, although the Wardrop family remained resident throughout. In 1782, Cult House was venue of the wedding of William Wardrop's daughter Eliza and Alexander Bryce of Dominica – a small indication of how Scotland's economy was linked to the sugar trade (and ultimately to slavery) at that time.

It seems that the Cult estate passed to of William Baillie of Polkemmet some time after 1790. The mansion house gradually lost its elaborate gardens and became simply the workaday “East Cult farmhouse”. The mineral wealth beneath the ground became more important than the agricultural productivity of the land.

Surprising most of the buildings shown on the 1850's map still survive, although in an increasingly dilapidated condition. Plans for the huge Heartlands development show housing built across the former fields of the Cult estate, but a quick flick though planning applications revealed no obvious plans for retention of the old mansion-house, and the rich history that it represents. 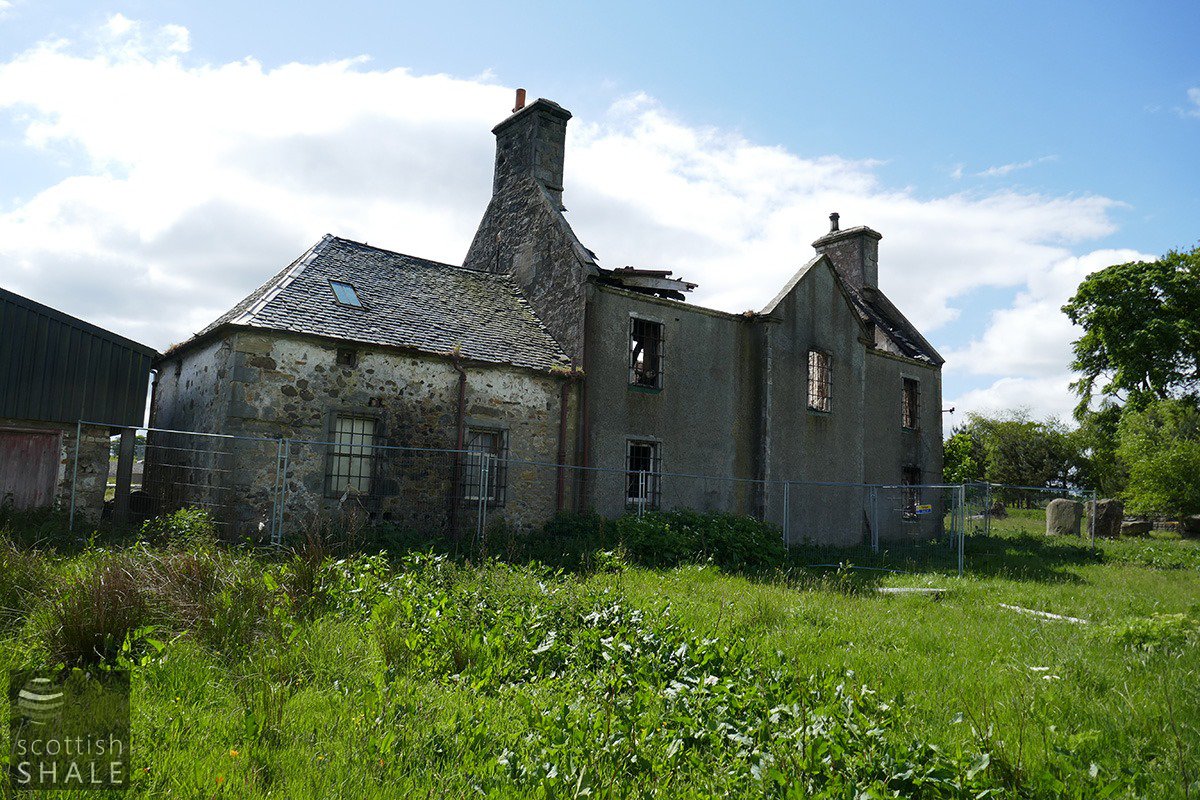 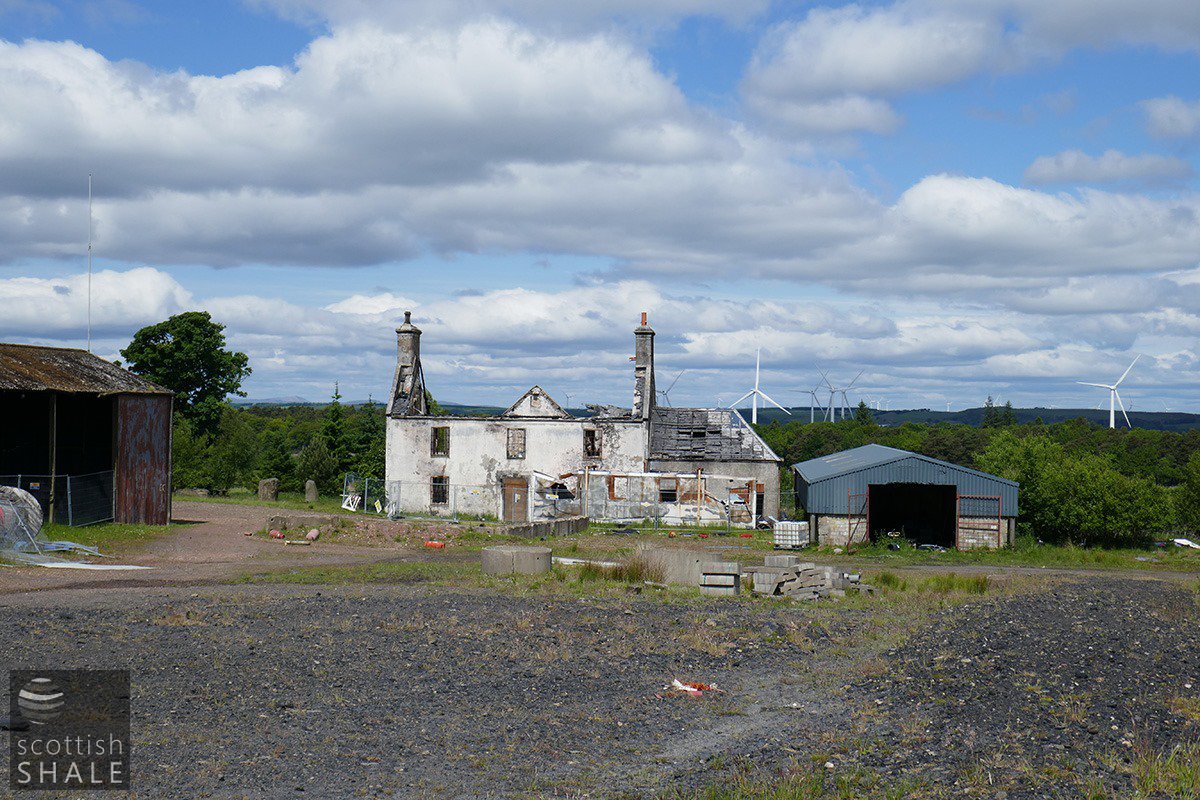 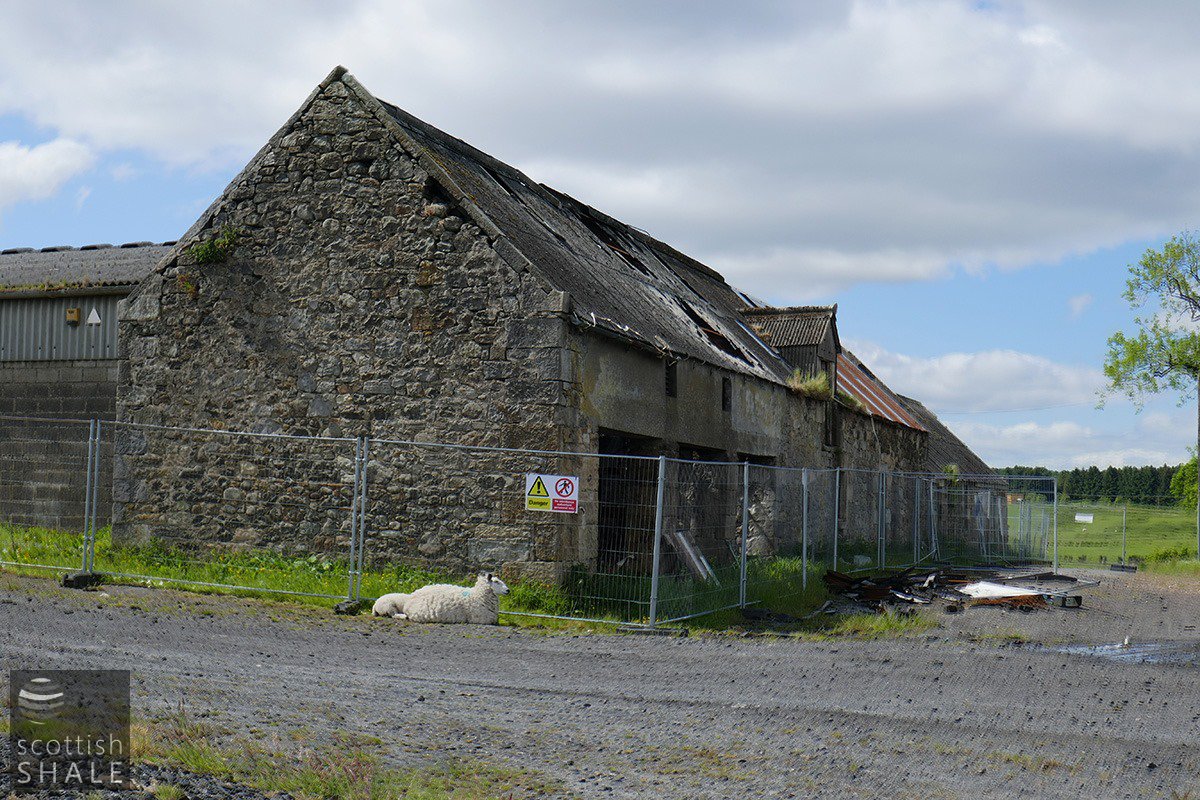 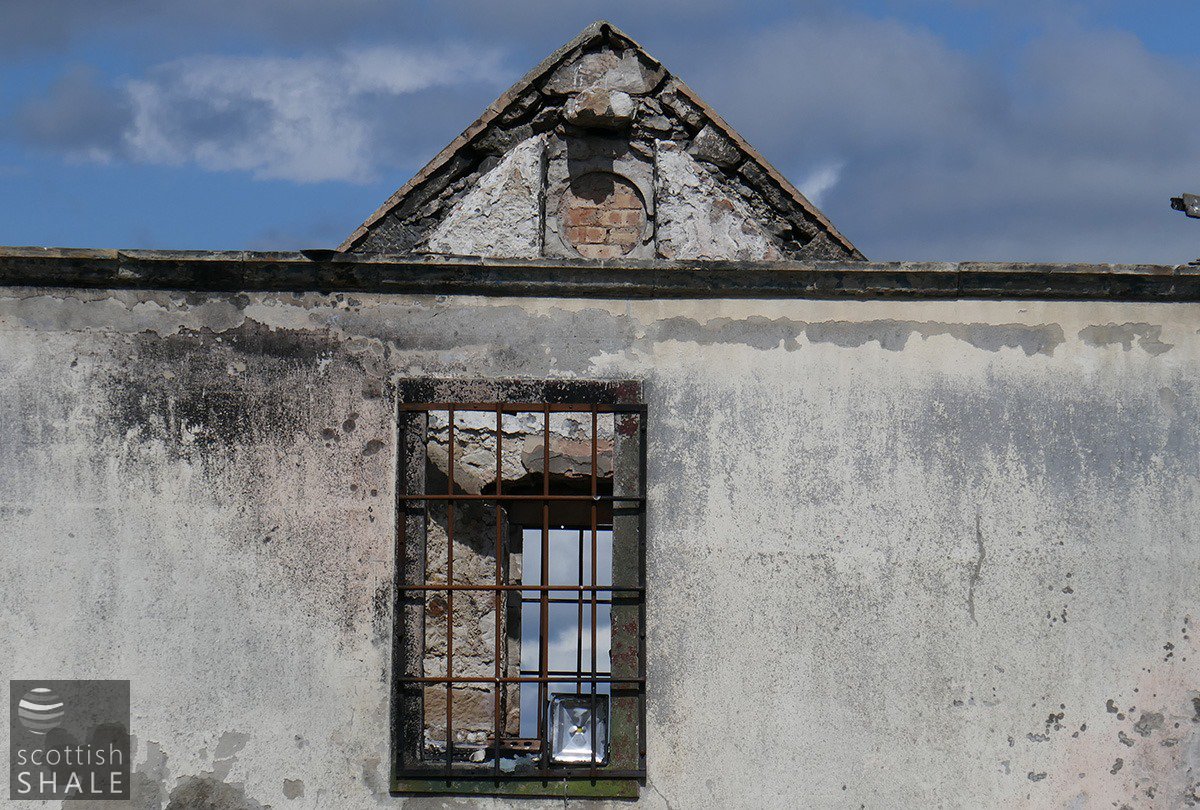 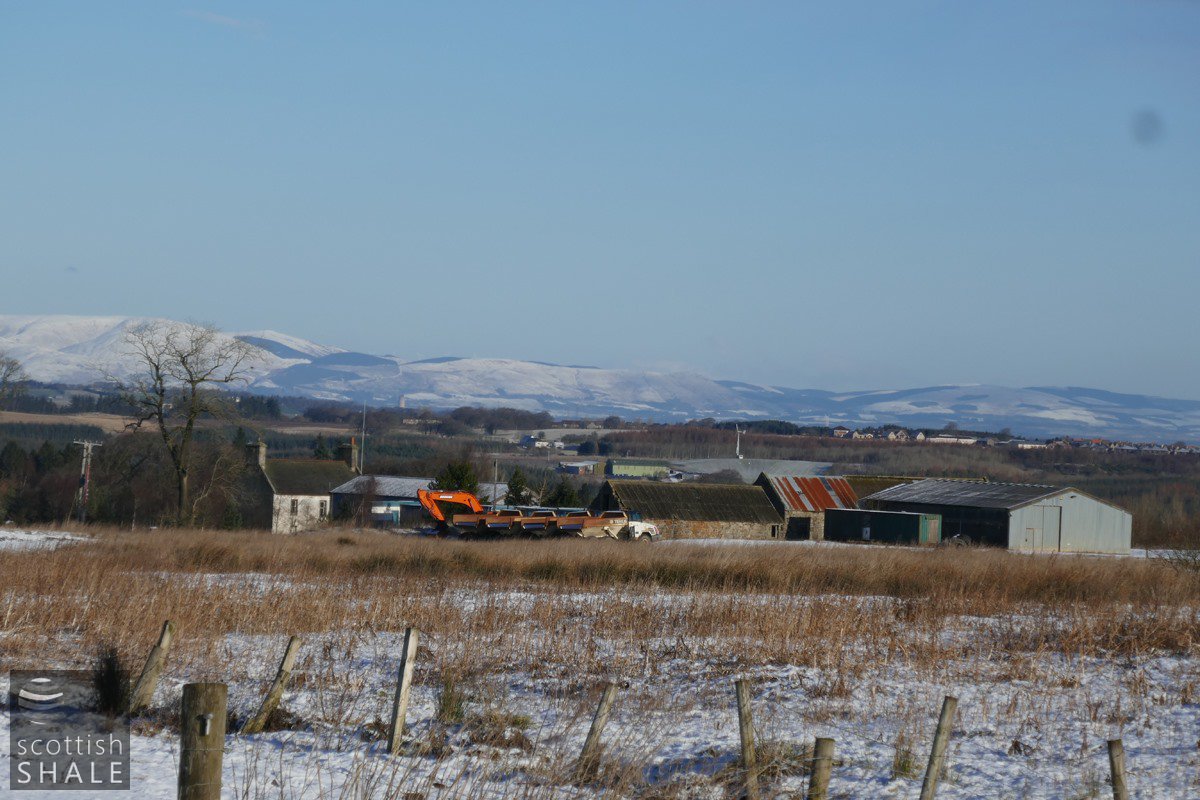