Pollution of the White Burn 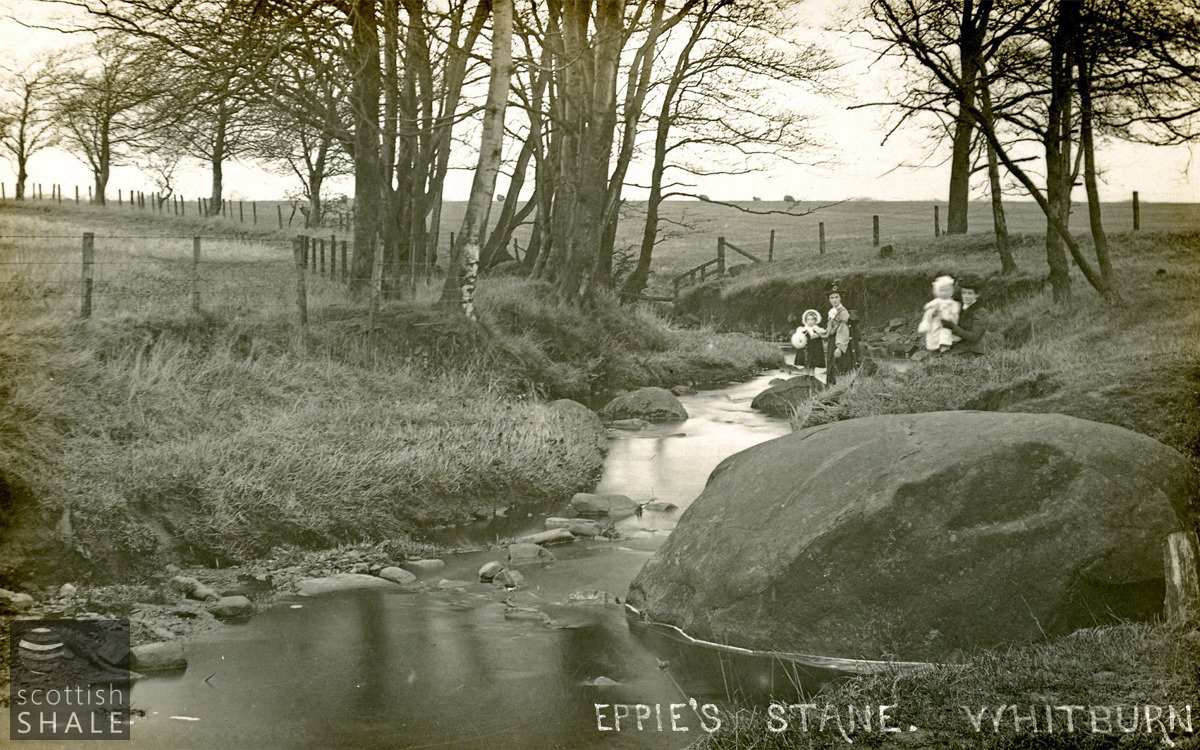 Eppie's Stane - site of the baptisms. 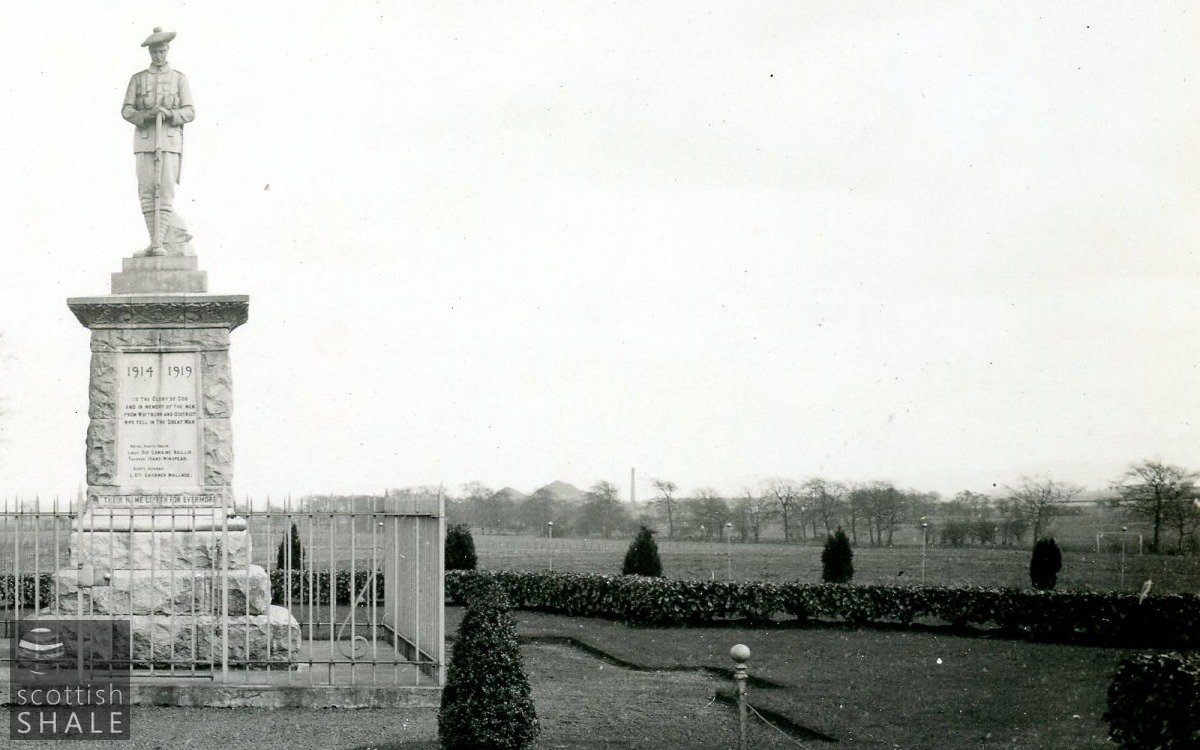 Whitburn war memorial, looking towards the bings and chimney of Whitrigg colliery, with the line of trees marking the route of the White Burn.

The White Burn is an unremarkable tributary of the River Almond that (as the Cultrig Burn) rises in mossy wastes of Polkemmet Moor and flows eastward for just under four miles. Half way along this route, where bridged by the road to Lanark, the Cultrig Burn changes its identity and becomes the White Burn. Close to this bridge, grew the village referred to in some early papers as “Whiteburn”, but now universally known as Whitburn.

The flow along the White Burn seems never to have justified the construction of a mill, and the landscape through which it passed was little tainted by industry until the start of the 20th century. While reserves of coal and other minerals lay deep beneath the ground, these were effectively obscured by a great thickness of bolder clay, and other debris deposited by ancient glaciers. As the burn follows its winding course, cutting gentle slopes into the clay and gravels, it reveals many large rounded stones (marked on geological maps as “large dolerite boulders”); great chunks of volcanic rock smoothed, transported and dumped by the melting glaciers. The most notable of these boulders is Eppie's Stane, which was the subject of a rambling romantic poem published by local author John Gray in 1910. It appears that local landowners tolerated public access along much route of the burn, and that local anglers once caught substantial trout from its banks.

This idyllic scene was to change profoundly at the start of the 20th century follow the development of new collieries on Polkemmet Moor. After heavy rains, great volumes of coal dust were swept down the White Burn killing the fish, and turning everything black. The chief culprit was Barr and Thornton's Culrig colliery which was equipped with a coal washing plant. The fine slurry of coal dust produced in the washery was fed into a large settling pond close to the Cultrig burn, and also pumped onto the pit bing, which then acted like a giant filter. This arrangement was reasonably effective during normal conditions, but after heavy rain, the settling pond would overflow sending its filth directly into the burn. Authorities seemed to have little power to stop this until after the damage had been done

The White Burn was flowing clean and pure in July 1909, when the waters around Eppie's Stane were dammed to provide the venue for a mass baptism. The event was the culmination of a week of praise and prayer organised by a travelling evangelist (a “tramp preacher”). A large crowd made their way from the town hall to a tented camp set up by the burn. Here, ten female converts were led in turn to the water's edge, and then stood knee deep in the burn before being immersed in a baptism ceremony. Hymns were sung “vociferously” while a large crowd looked on. It was reported that “despite efforts to show forth the serious nature of the ceremony, many went away highly amused by the scene”.

It seems that this “good natured banter” had also been apparent when a similar mass baptism had been carried out the previous winter. In the depths of December 1908, almost a hundred people gathered at Eppies' Stane to witness the baptism of seven women and six men beneath the icy waters of the White Burn. It was said that “not one made a murmur despite the coldness of the weather”, however following winter rains the waters were not as pure as might have been hoped. It was later reported “whatever the power of the water spiritually, I am afraid the dipped would require washing afterwards, as the water in the burn was black with coal sediment”

The sinking of Polkemmet pit during world war one added further to the risks of pollution, which have only passed in recent years. Today the White Burn provides a peaceful wooded corridor through Whitburn and into the surrounding countryside. During the current emergency, the pleasures of this green space are especially valued by those who live locally. 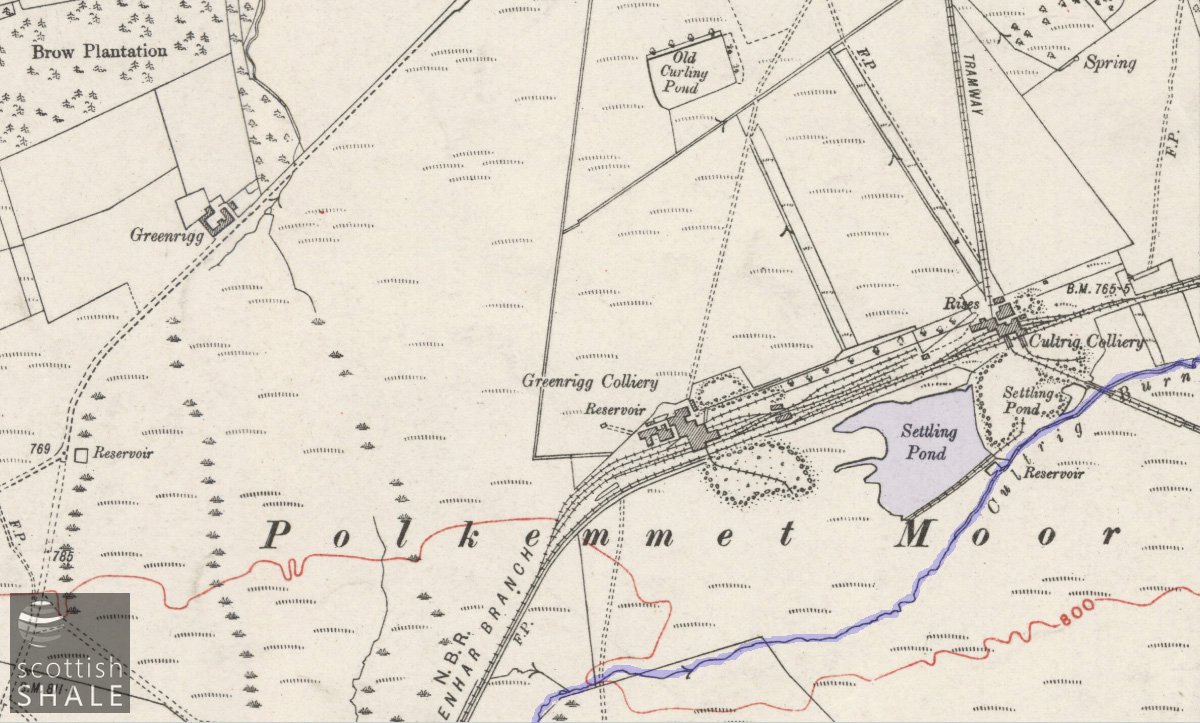 The source of pollution - the settling ponds at Cultrig Colliery. 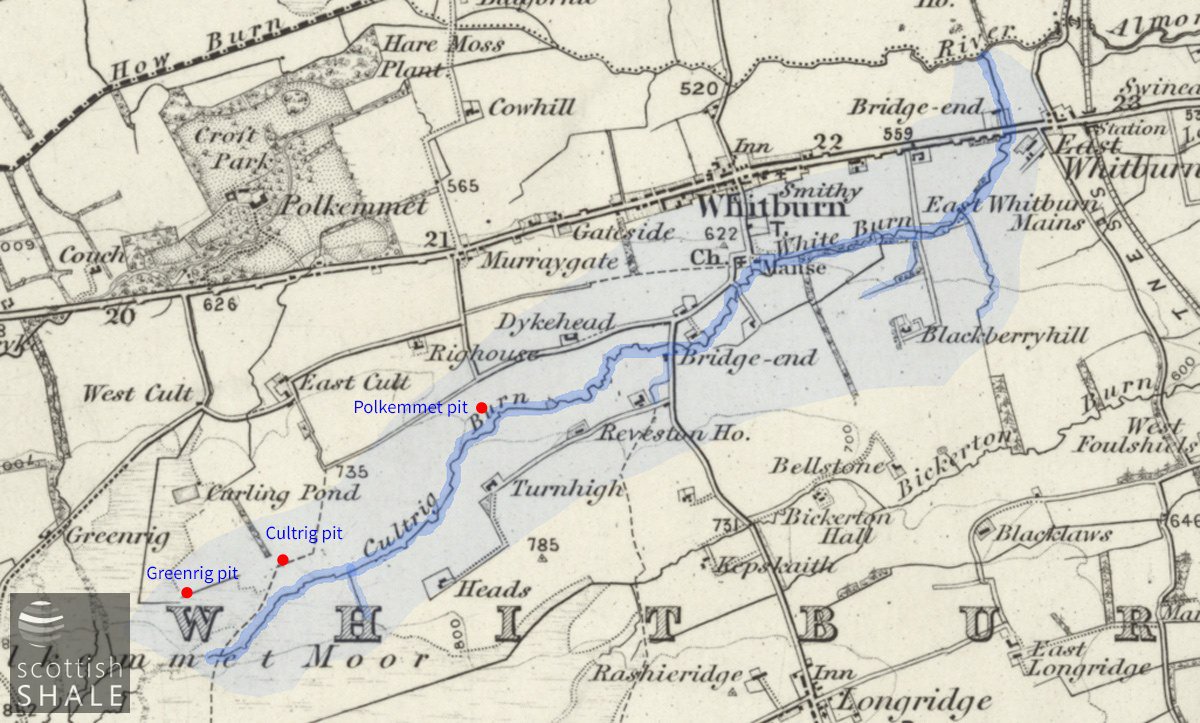 The White Burn and its catchment area, marked on a 1" OS map c.1895 courtesy of National Library of Scotland. 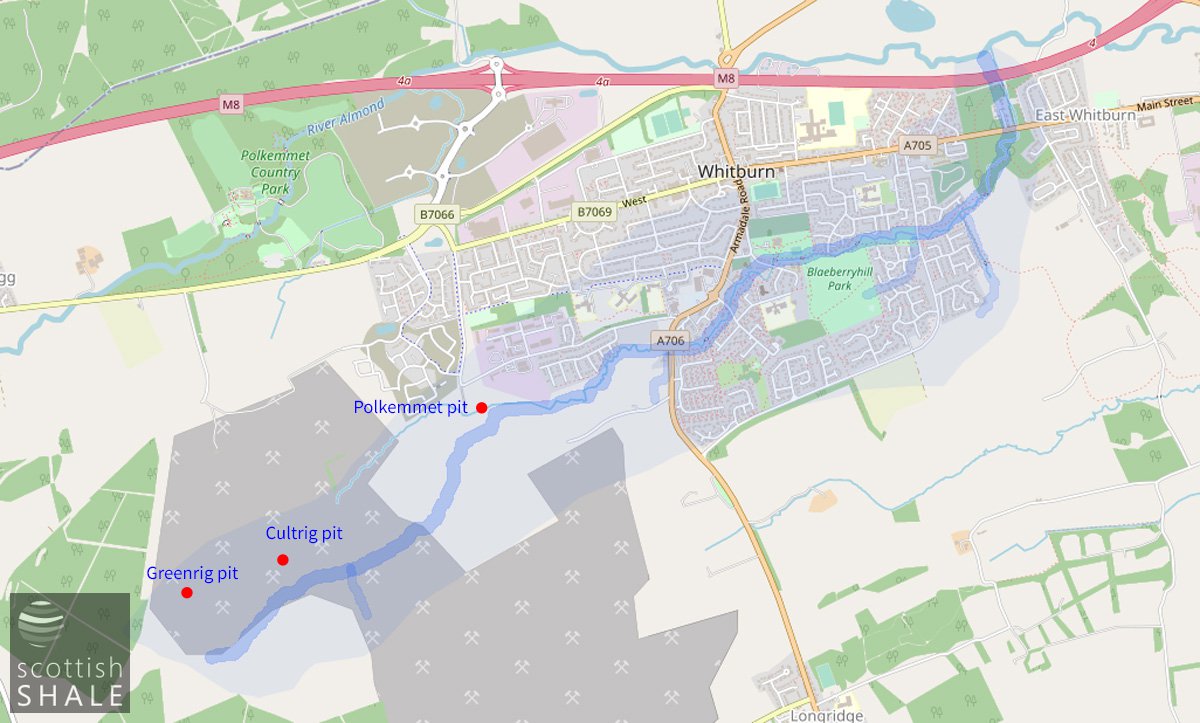 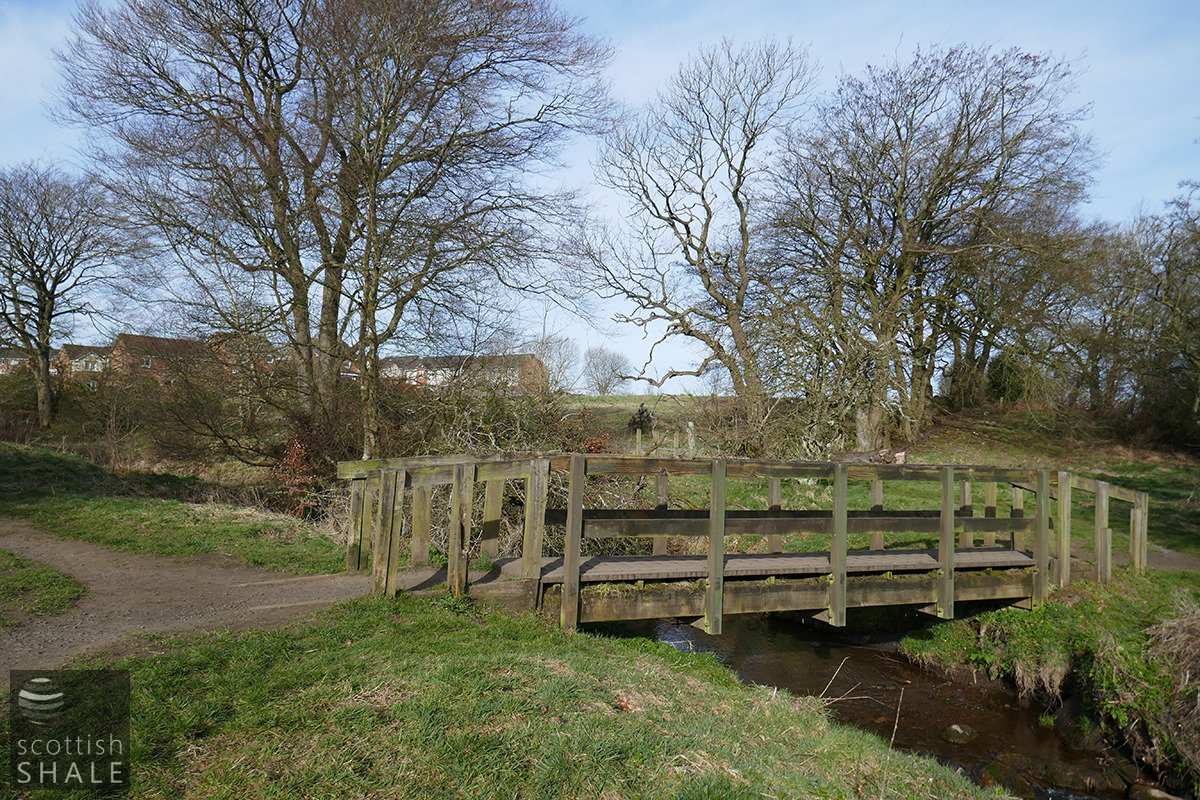 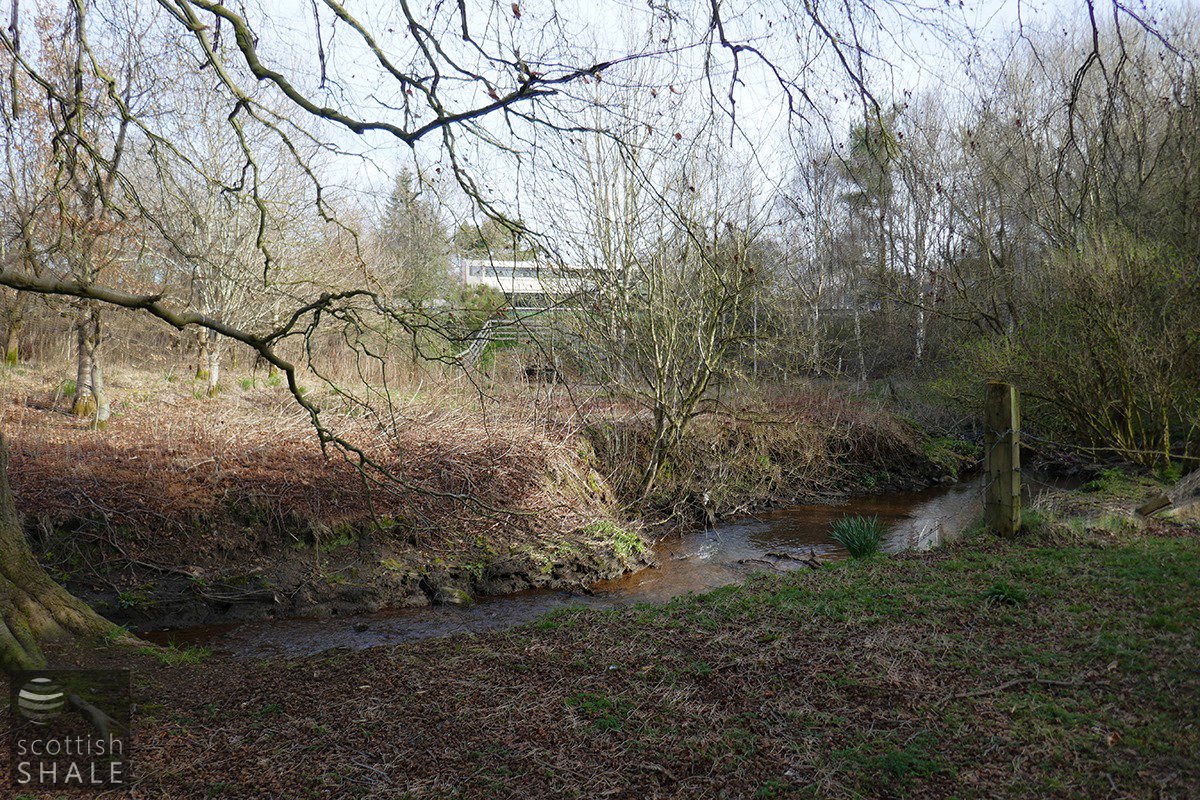 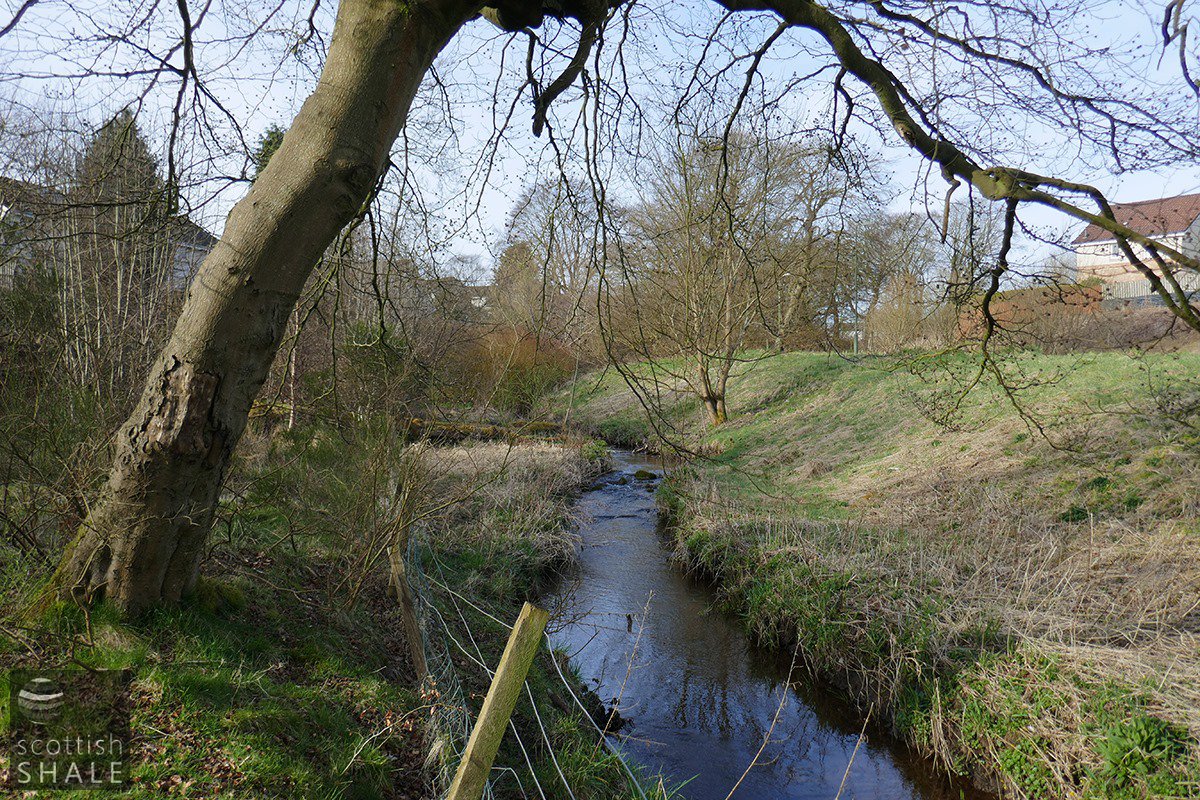