B&W negative copied in 1990 from official albums then held at Grangemouth refinery.

This view of Westwood works shows the exhauster house and storage tanks associated with ammonium Sulphate production. The railway tank wagons are in the livery of the Oakbank Oil Company which operated the site on behalf of Scottish Oils ltd. Two of the bings which by 1962 would form the "Five Sisters" can be seen in the background. 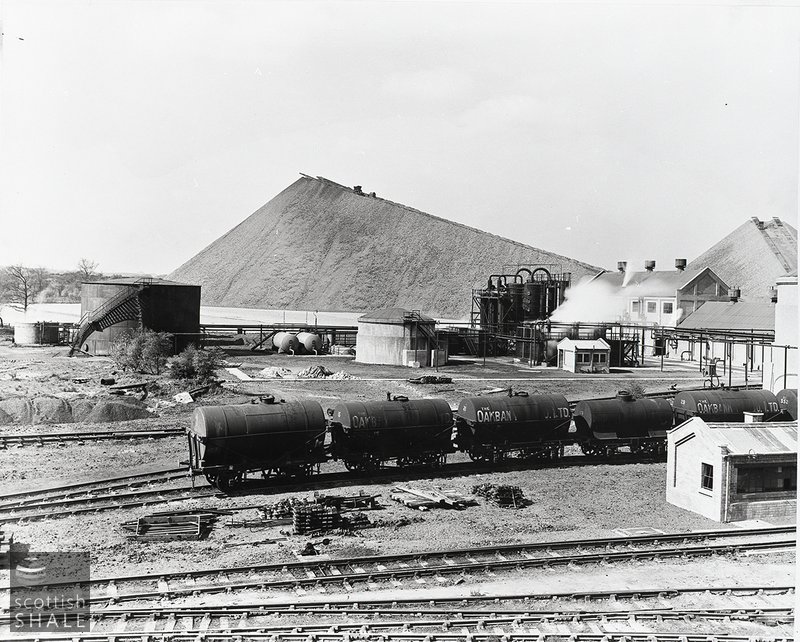