B&W negative copied in 1990 from official albums then held at Grangemouth refinery.

Possibly c. 1950 - only two of the famous Five Sisters bings have been formed. Westwood crude oil works were constructed 1939-42 in response to a strategic demand for home-produced oil. It introduced many innovations into the industry including a new design of high capacity retort. The photograph shows the mechanisms used for disposal of spent shale. Rather the traditional hutch haulage, spent shale was taken to the base of by conveyor then loaded into a large rail mounted hopper for haulage to the top of the begin. The view shows hedgerows and fields being engulfed by spent shale. Spent shale was subsequently tipped in three bings between those shown on this photograph, so that by the time the works closed in 1962 there were five bings which have come to be known as the Five Sisters. 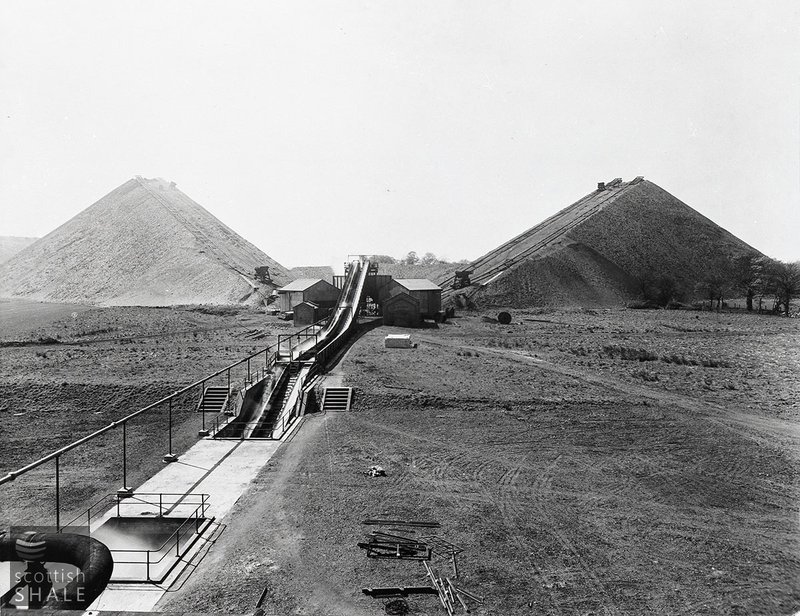