BROXBURN is a small town in the parish of Uphall, and in the small debts court district of Linlithgow; the town stands on the Brock brook, a tributary of the Almond, and the road from Bathgate to Edinburgh, and is 1 mile north from Drumshoreland station on the Edinburgh and Bathgate section of the North British railway, 11 west from Edinburgh, 7 east from Bathgate, and 7 south-east from Linlithgow. The western extremity of the place is crossed by the Edinburgh and Glasgow Union canal. The Public Hall was erected, together with billiard and reading rooms, in 1873, at a cost of £1,300, and will seat 500 persons. There is a branch here of the British Linen Co.Bank. In the neighbourhood are the works of the Broxburn Oil Co. Limited, which afford employment to the greater part of the inhabitants. The population in 1901 was 7,099; rateable value returned with the parish. 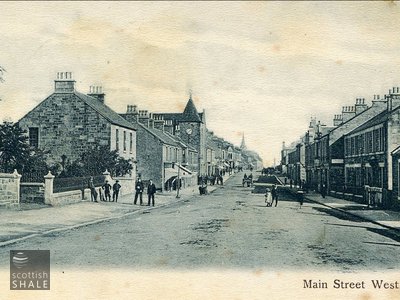 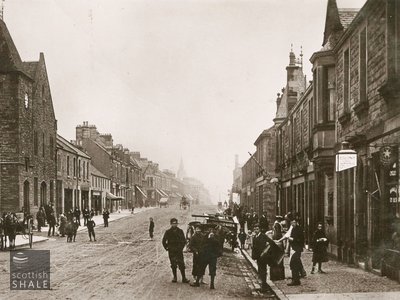 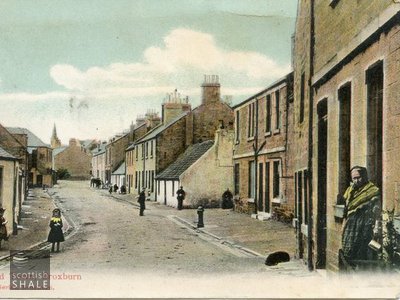 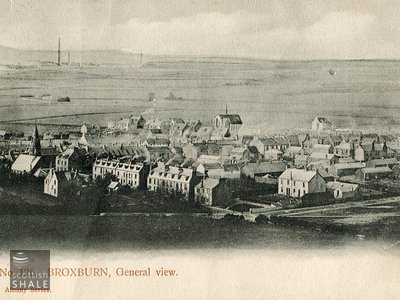 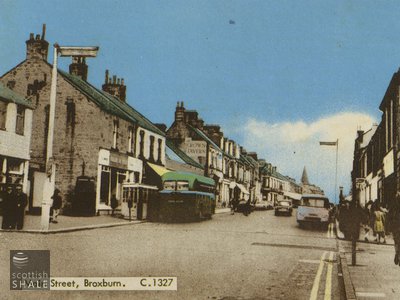 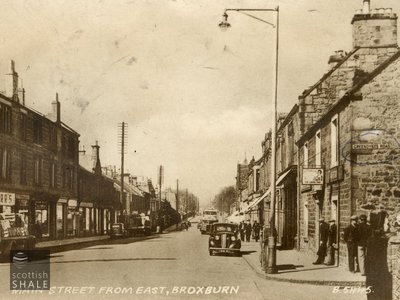 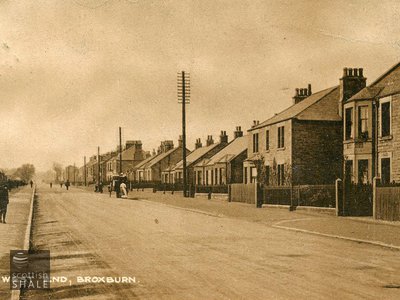 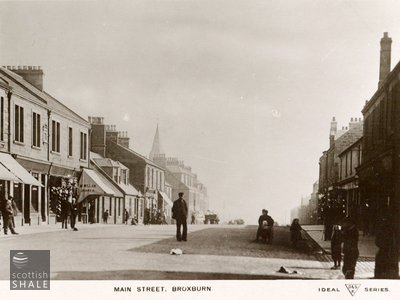 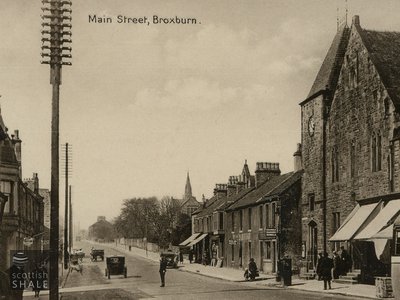 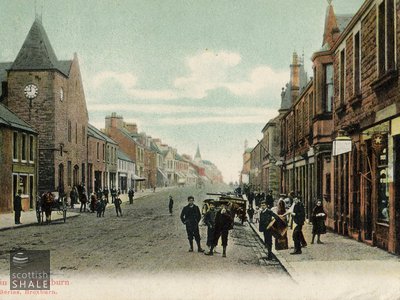 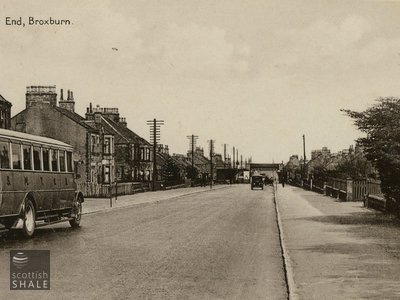 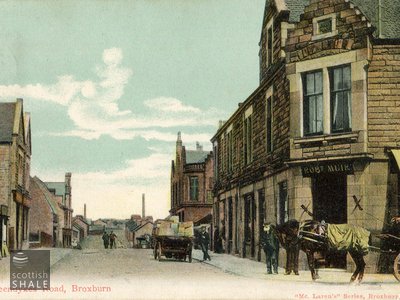 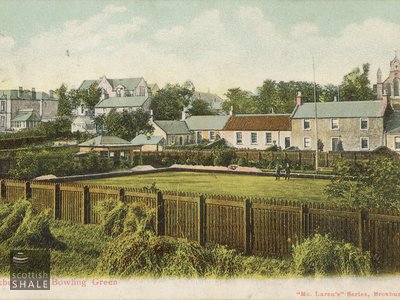 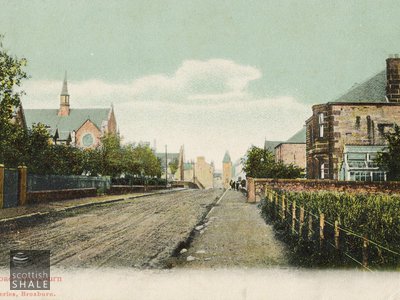 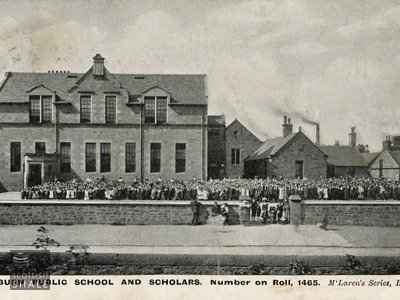 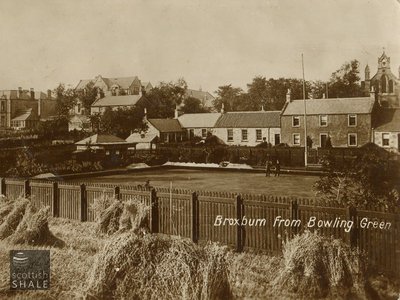 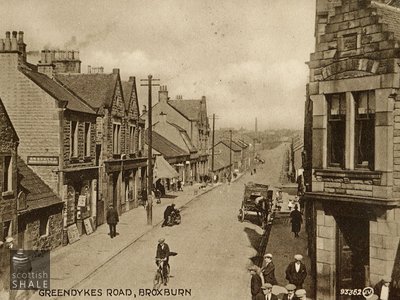 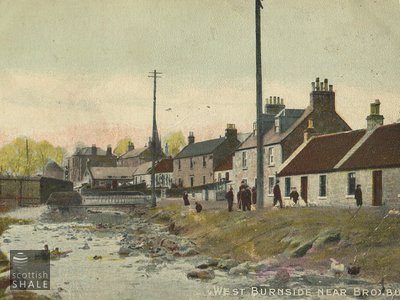 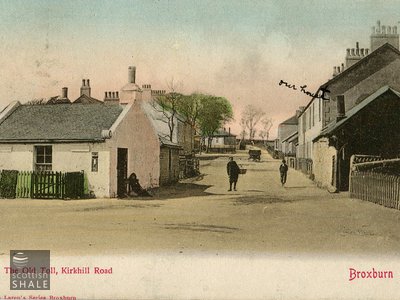 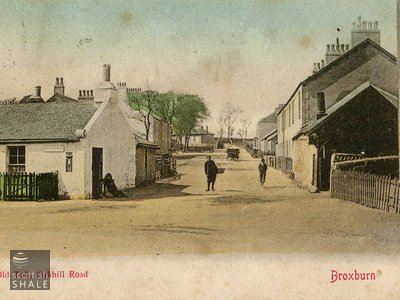 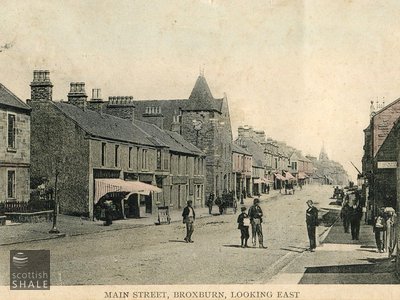 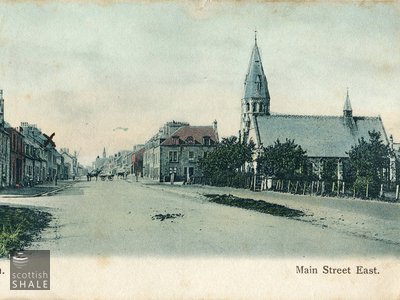 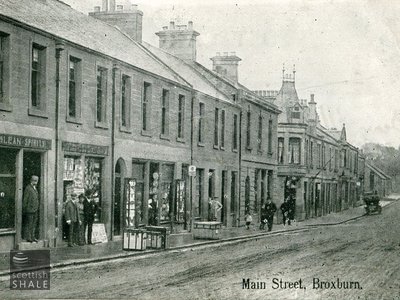 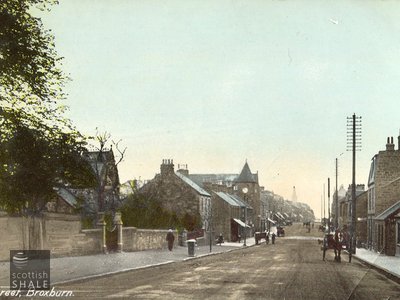 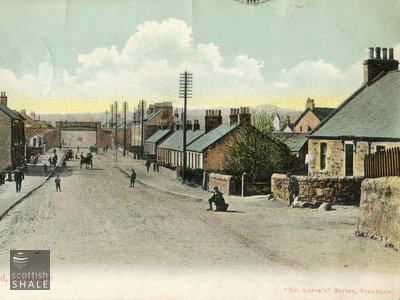 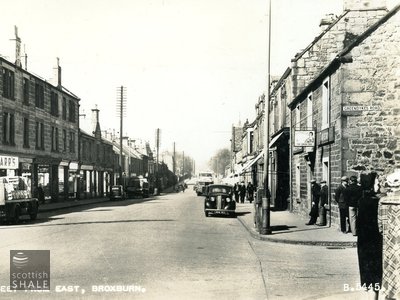 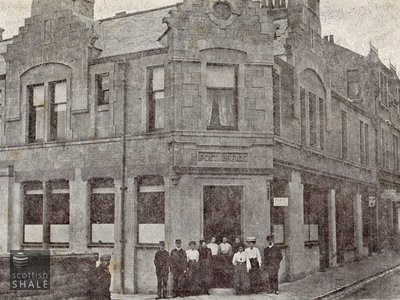 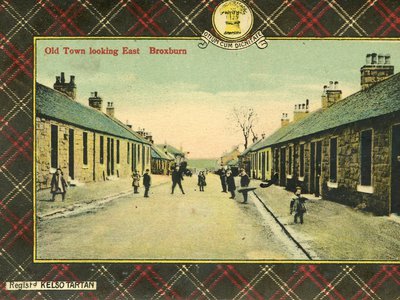 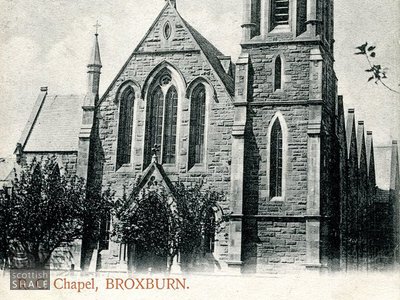