LINLITHGOW (popularly called Lithgow) is a county town, a pariah, royal burgh, and the head of a poor combination, small debts court district and presbytery, on the northern border of the county. The parish is bounded on the west by the river Avon, which separates it from Stirlingshire,

and falls into the Firth of Forth near Borrowstounness. By the " Local Government (Scotland) Act, 1889" (52 and 53 Vict. c. 50), boundary order 108, a portion of Linlithgow parish has been annexed to that of Ecclesmachan. The town, situated on the banks of a line pool, or " linn," from which in part it derives its name, consists chiefly of a single street which runs east and west along the south edge of the lake, and is nearly a mile in length. It has a station on the Edinburgh and Glasgow section of the North British railway, and is 16 miles west from Edinburgh,31 east-by-north from Glasgow, 8 east from Falkirk and 3 south from Bo'ness. The burgh is governed by a council consisting of a provost, three magistrates, or bailies, and fifteen councillors, and together with Lanark, Hamilton, Airdrie and Falkirk it forms the Falkirk parliamentary district, constituted under the Reform Act of 1832, and returning one member. This town has, since 1902, afforded the title of Marquess to the Hope family, Earls of Hopetoun. The Union (Edinburgh and Glasgow) canal, which terminates at Falkirk, where it is joined by the Forth and Clyde Navigation, completed in 1790, passes through the town and parish, and is carried across the Avon on a fine aqueduct of twelve arches. The local industries comprise paper and glue making, tanning, currying and boot making; tanning and currying are carried on by several large establishments, the principal of which belongs to Messrs. J. B. Thomas & Co. Messrs. T. Nimmo & Co. are glue & grease manufacturers. There is also close to the town a distillery and two paper mills, belonging respectively to Messrs. Thomas Chalmers & Sons and Messrs. J. Lovell & Son. In the vicinity are several stone quarries, and within 3 miles there are large shale mines, and works for the extraction of mineral oil and other products 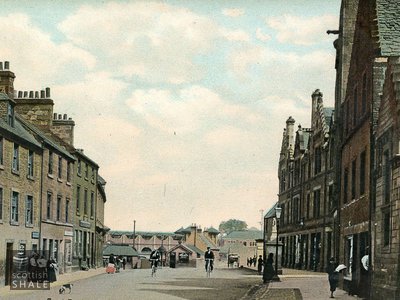 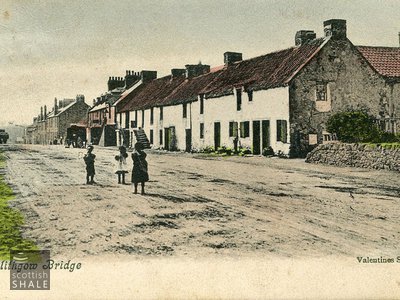 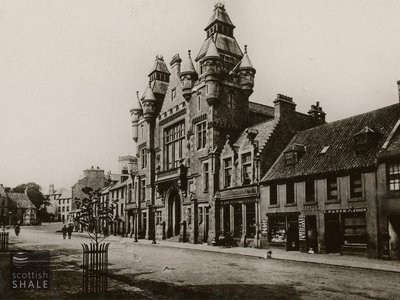 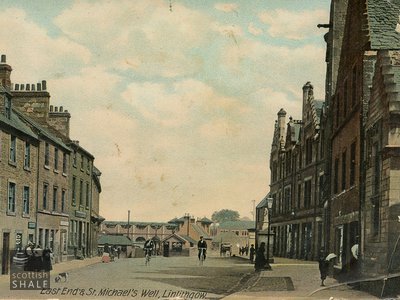 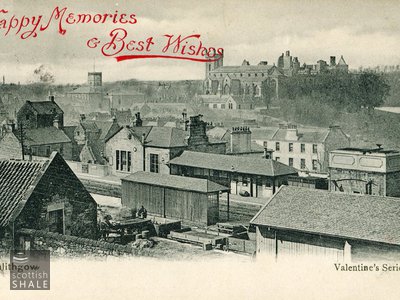 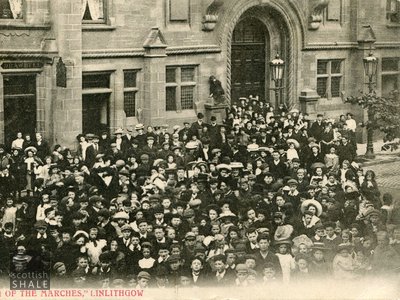 Postcard - 'Crying of the Marches, Linlithgow' 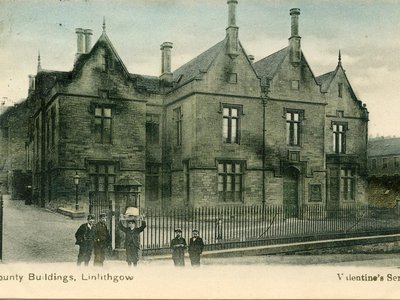