MID-CALDER is a parish and village in the small debt court district of Edinburgh; the parish is bounded north and north-east by Uphall, east by Kirknewton, south and west. by West Calder and north west by Livingstone. The village, pleasantly situated on an eminence between the water of Linnhouse and the river Almond, on the road from Glasgow to Edinburgh, is 12 miles west-south-west from Edinburgh, and 8 east from Whitburn, and has a station about 2 miles distant, on the Edinburgh and Glasgow section of the Caledonian railway. Calder wood, which is of considerable extent, overhangs the village. The soil in the northern district is light, dry and fertile, in the southern the surface undulates towards the Pentland hills. About one third of the entire area of the parish is under tillage ; in the remaining portion there are several beds of rich, bituminous shale, from which a large quantity of paraffin oil and other chemical products are extracted at the different works. Coal abounds in the parish, and on the estate of Calder House, the property of Lord Torphichen. There is an extensive bed of freestone of excellent quality. Fairs are held on the second Tuesday in March, and on the Friday after the second Tuesday in October. The parish church, originally founded by Duncan, Thane of Fife, in the early part of the 13th century, was rebuilt on the ancient site by Peter Sandilands, a scion of the noble family of Torphichen, in 1541, and has since been enlarged and restored at a cost of over £3,000. Calder House is the seat of Lord Torphichen J.P. ; John Knox, in the hall of this mansion, first dispensed the sacrament of the Lord's supper after the Reformation, and his portrait hangs in it. The house of Greenbank, in the vicinity, was the birthplace, in 1565, of John Spottiswoode, Archbishop of Glasgow (1603-15), and of. St. Andrew's (1615). The Earl of Buchan, Lord Torphichen and Lieut.-Col, James Hare J. P. are the principal landowners. Pumpherston is a village in the north of this parish, in connection with the Shale Oil works. The area comprises 12,100 acres; rateable value, £15,029; the population in 1901 was 3,132,including 703 in the village of Mid-Calder, and in the village of Pumpherston, 1,462. 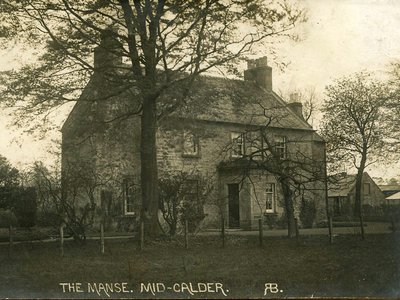 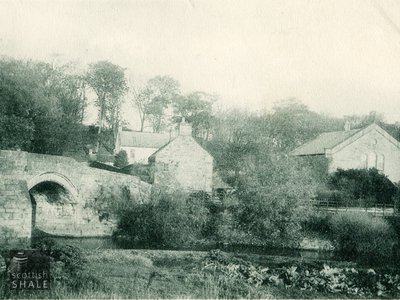 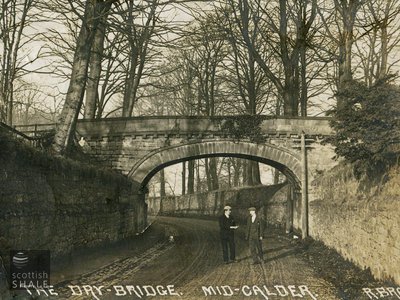 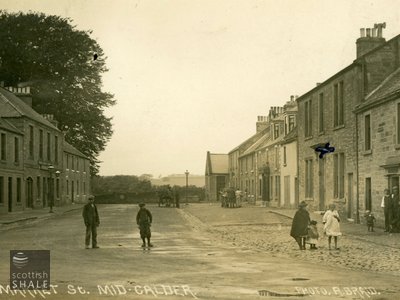 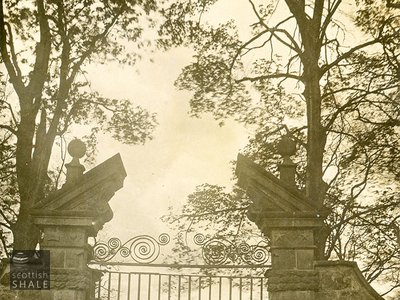 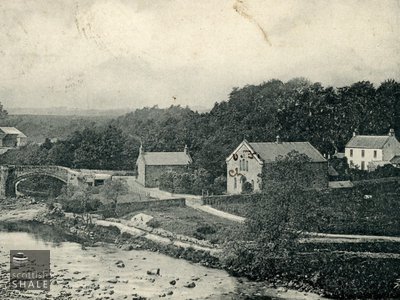 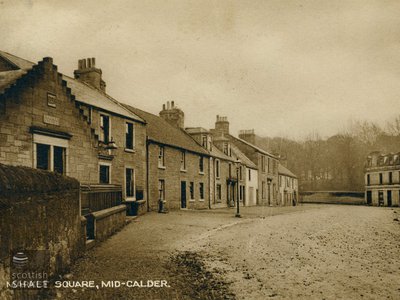 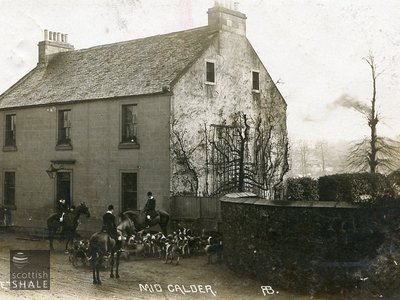 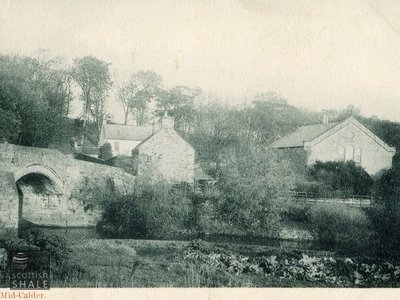 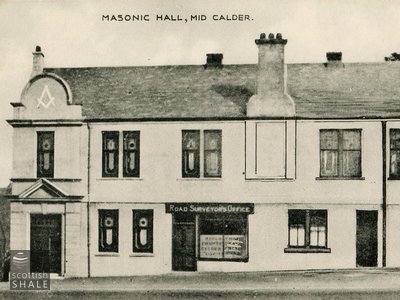 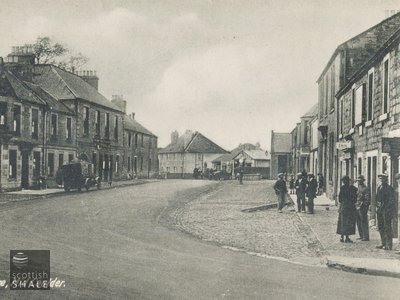 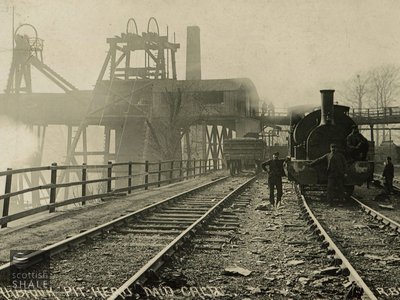 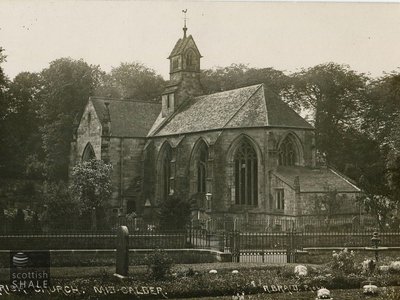 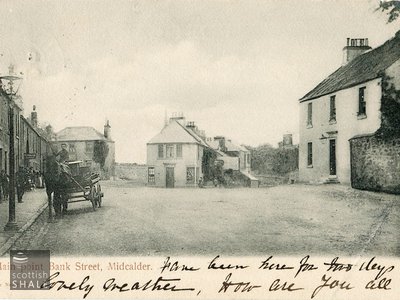 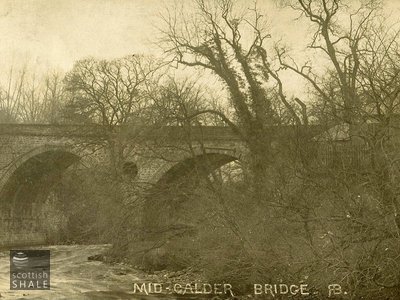 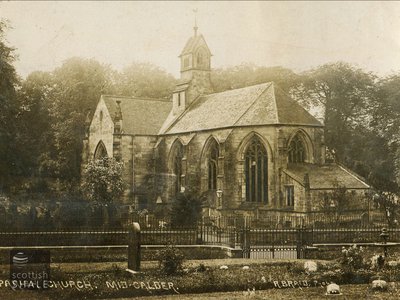 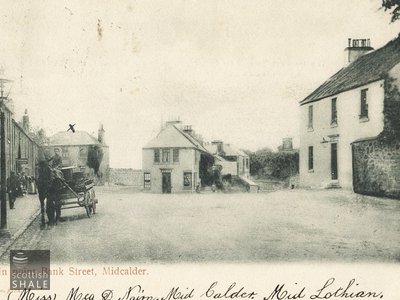 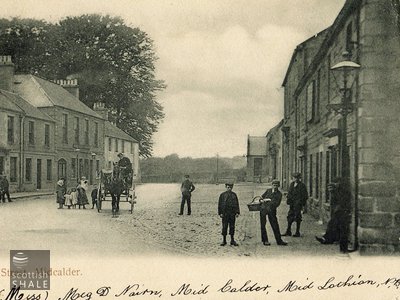 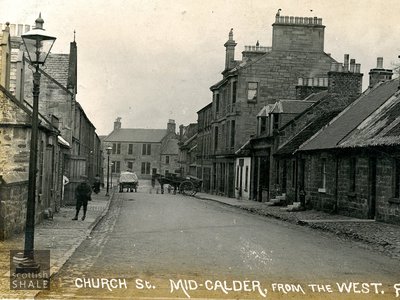 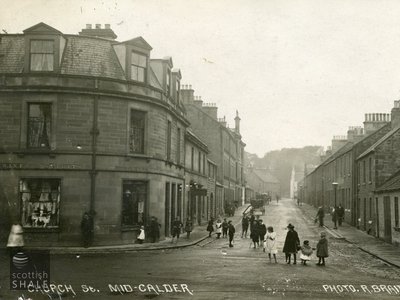 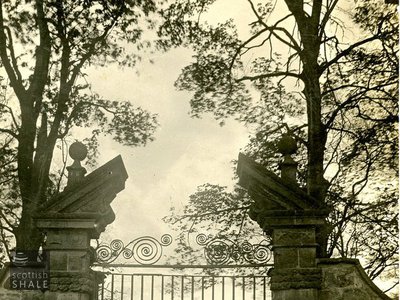