TORPHICHEN is a parish and village; the former, in the small debt court district of Linlithgow, is bounded north and east by the parish of Linlithgow, south-east by Bathgate, and west and south by the county of Stirling: the village lies 2 miles west from Westfield station on the Blackstone and Bathgate branch of the North British railway and on the road to Linlithgow, from which town it is 4 miles distant. Adjacent to the village, on the north-east, are some remains of the hospital or preceptory of Torphichen, the principal house in Scotland appertaining to the Knights of St. John of Jerusalem. This place gives the title of baron to the Sandilands family; Sir James Sandilands, the first peer (1564) was prior or preceptor here of the Knights of St. John. The parish church occupies the site of the nave of the preceptory church, and the ruins of the transept and a portion of the choir also remains. There is also a United Free church. The Memorial Hall, erected in 1897 by Mrs. Fitzgerald, in memory of her husband, Cpt. Gerald Fitzgerald, at a cost of about £1,400, contains reading and coffee rooms.

The parish, although in some parts moorland, is generally fertile: coal and ironstone are found within it, and there is a paper mill. The Coltness Iron Co., the trustees of Robert Young esq., Capt Thomas Hope J. P. of Bridge Castle, and William David Forbes esq. of Lochcote House, are the principal landowners. The area of the parish comprises 9,937 acres; rateable value, £15,700: population in 1891, 1,724, and in 1901, 3,225. of which 510 are in the village and 1,413 in the ecclesiastical parish. 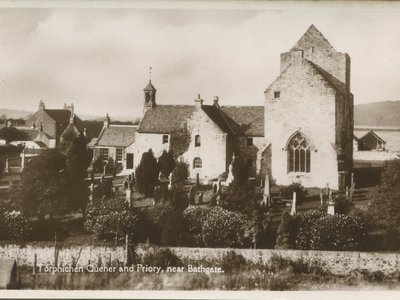 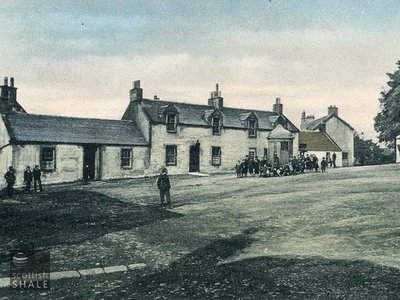 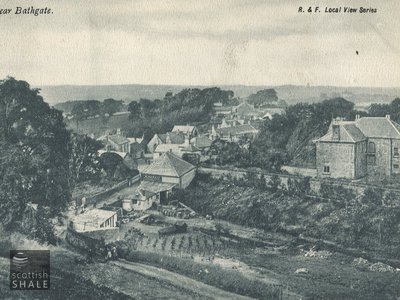