WEST CALDER is a parish and village, in Edinburgh small debts court district, and the parish being about 10 miles in length and 5.5 in breadth; the village is about 5 miles south-south-west from Mid-Calder, 16.5 south-west from Edinburgh and 31 east from Glasgow, and has a station close by on the Edinburgh and Glasgow section of the Caledonian railway. The district generally is highly cultivated. The Paraffin Oil Works, established in this parish in 1866 by Mr. James Young, the patentee, who purchased several large properties here, containing some beds of rich bituminous shale, have created a new village, called Addiewell.

In the immediate vicinage, at a place called Castle Craig, are the traces of a Roman encampment. A newspaper called the " Midlothian Advertiser and West Lothian and Lanarkshire News " is published every Saturday. The Right Hon. Aretas Akers-Douglas P.C., M.P. of Craigs, Dumfries, Thomas Barr, of Harburn, Mrs. Mary Walker, of Limefield, and Young's Paraffin Oil Co. are the principal landowners. The area comprises 21,981 acres; rateable value, £35,748; the population in 1891 was 8,456, and in 1901, 8,092, including 2,652 in the town and 1,591 in Addiewell. The population of West Calder ecclesiastical parish in 1901 was 5,038. 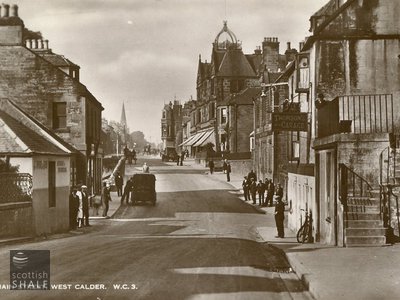 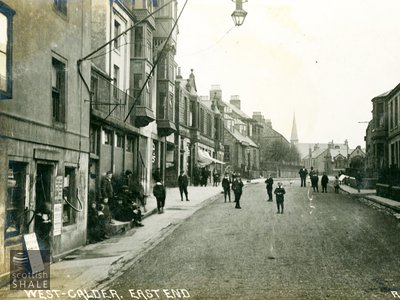 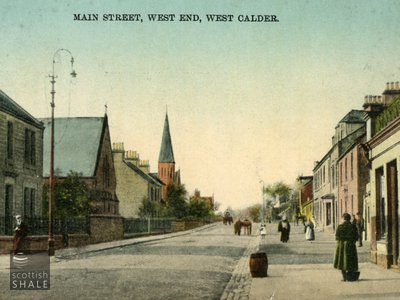 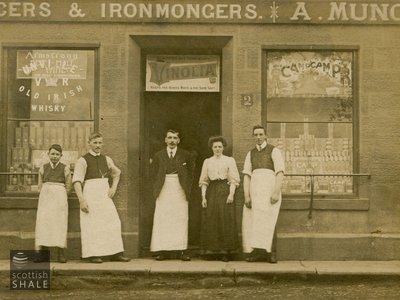 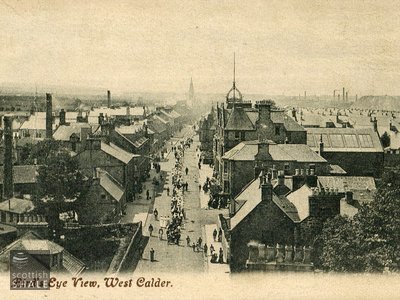 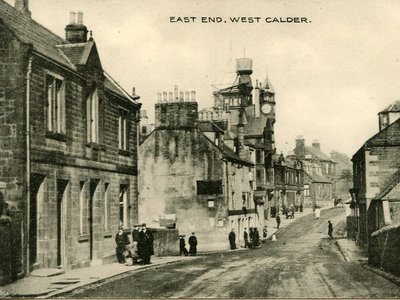 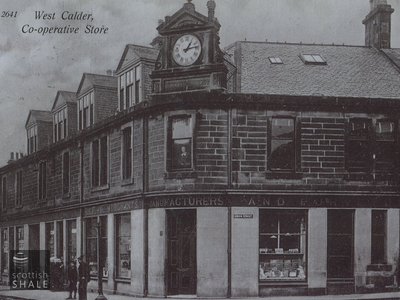 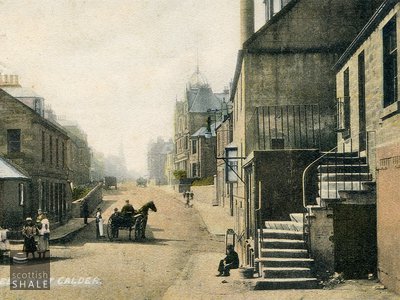 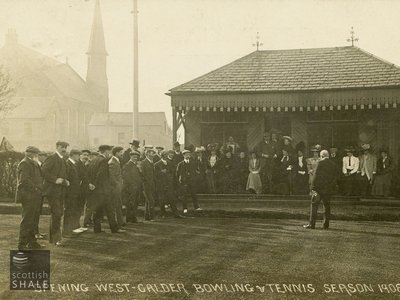 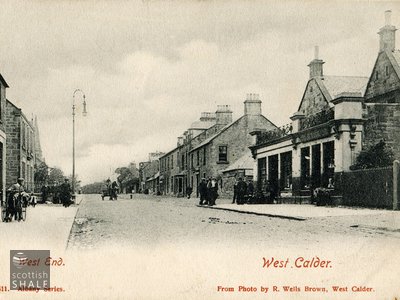 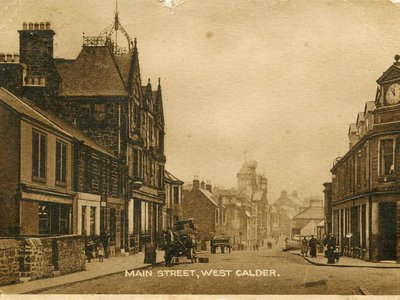 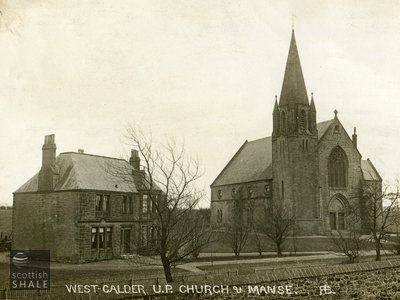 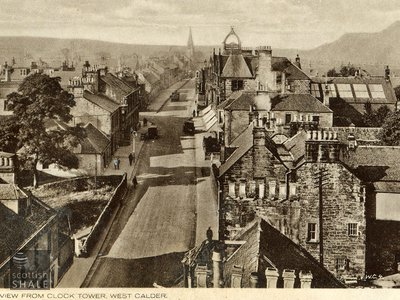 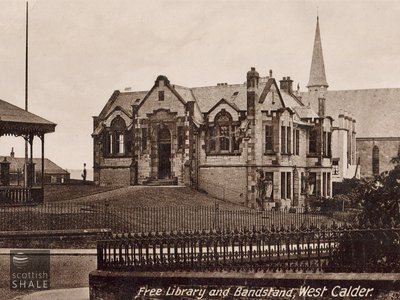 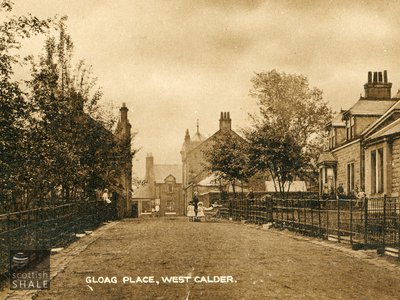 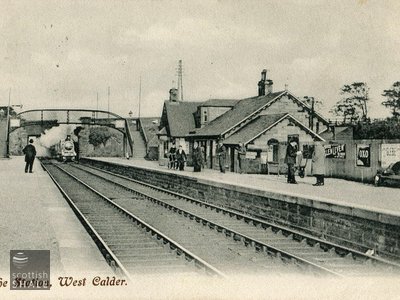 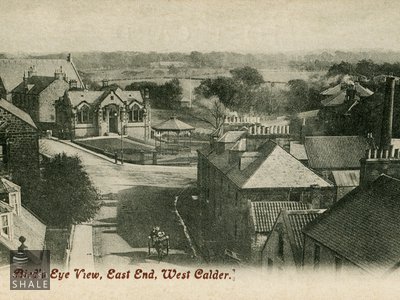 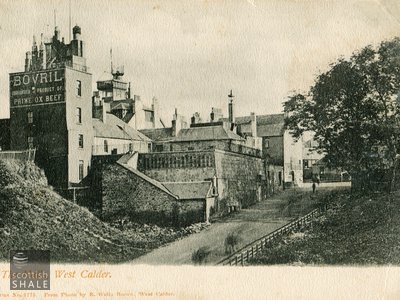 Postcard- "The Halls, West Calder" Sepia printed postcard showing the 'People's Palace' to the east of the Cleugh Brae in West Calder. 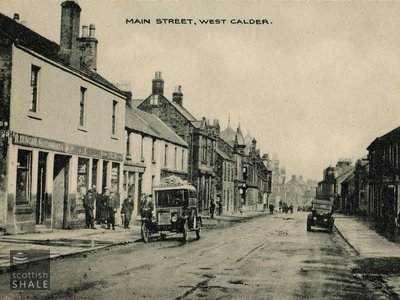 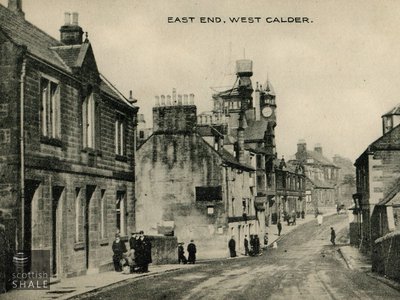 Postcard - "East End, West Calder" B & W printed postcard showing the east end of West Calder with the Thistle Tower visible. The road to the left is the Cleugh Brae. 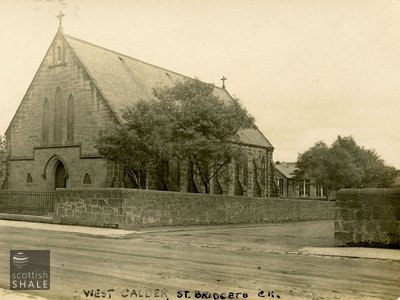 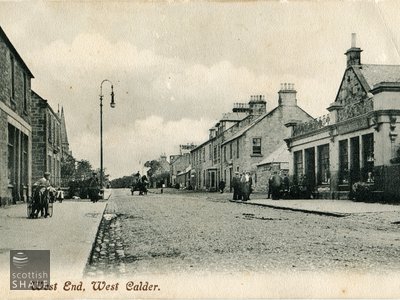 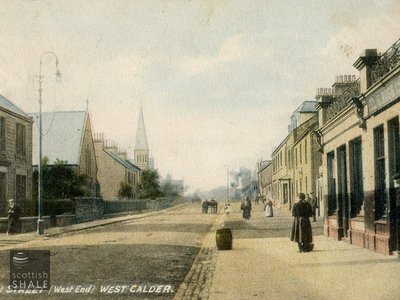 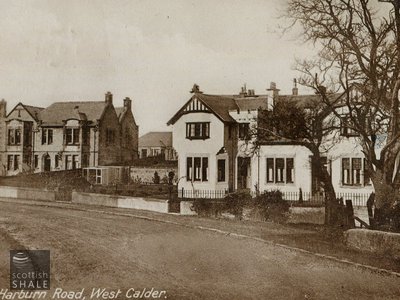 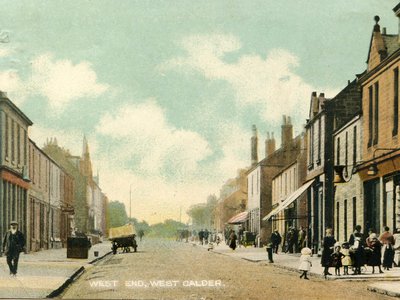 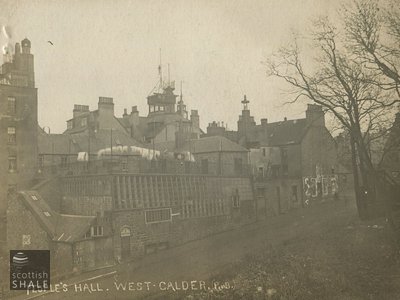 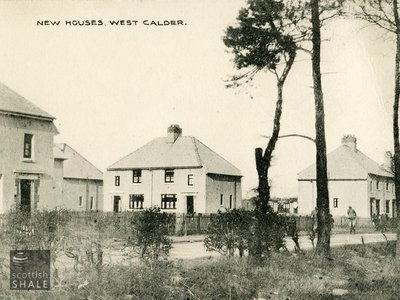 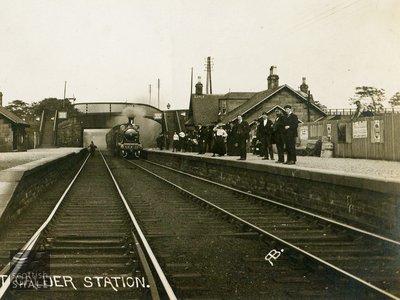 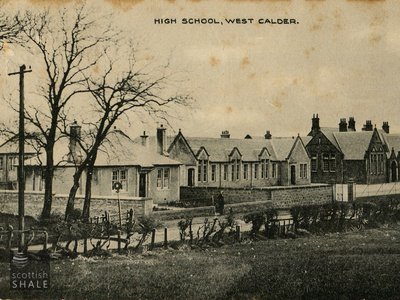