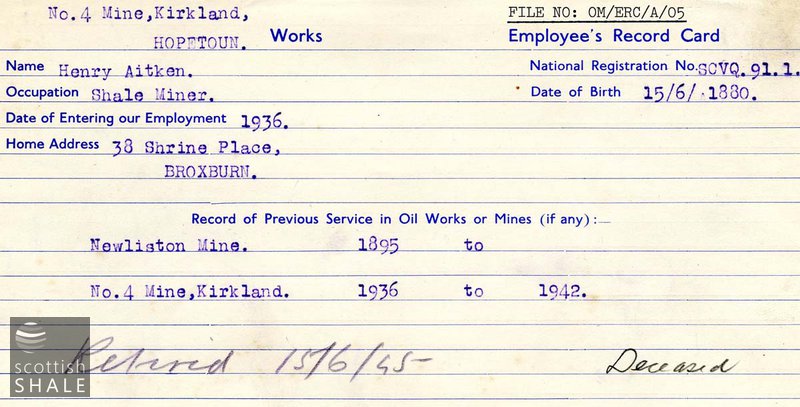 Mr and Mrs Henry Aitken, 38 Shrine Place, Broxburn, have been officially notified that their son, Sgt Henry Aitken, Black Watch, had been drowned in North Africa in July. Sergeant Henry Aitken, who is married - his wife and infant daughter reside at Southampton - joined the Highland Light Infantry eleven years ago. After seven years in the Army, he was placed on the reserve list. on the outbreak of war he was called up and was sent to France with the Black Watch. Following the Dunkirk evacuation he took his full part in the North African Campaign.

The family of the late Henry AITKEN wish to thank all relatives, friends and neighbours for expressions of sympathy and floral tributes received in their recent sad bereavement. - 38 Shrine Place, Broxburn.