Parish:
Kirkliston, Linlithgowshire and Midlothian
Local authority:
West Lothian
Seams worked:
Dunnet Shale
Opened:
1884
Closed:
1937
Current status of site:
The mine site is now irregular pasture with remains of some foundations still evident. The site of the service pit has been fully cleared and returned to agriculture
Regional overview:
Mines in the Ingliston and Newliston area 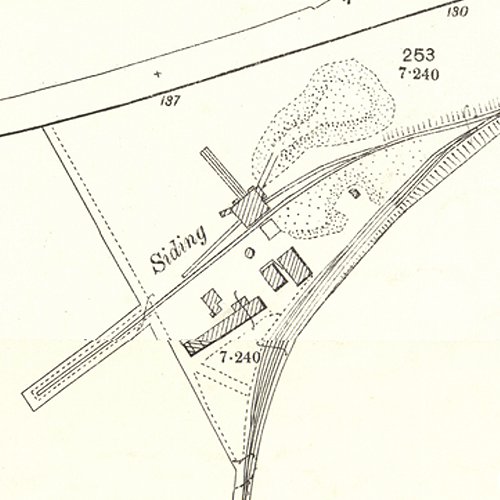 Extensive workings in the Dunnet Shale lying beneath the Newliston Estate.

From maps and plans it appears that the main mine adit emerged at a site south of the Broxburn to Newbridge road where hutches were hauled onto an elevated staging from where shale was loaded into standard gauge railway wagons. In an unusual arrangement, a service pit (for winding miners?) about 250 NW of the adit, provided a vertical shaft to the Dunnet Shale seam. Plans also suggest underground links were eventually created between No. 29 and workings from the Broxburn Oil Company's Dunnet Mine.

Mapped by the Ordnance Survey of c.1895, showing main pithead in operation with an adit heading north west. 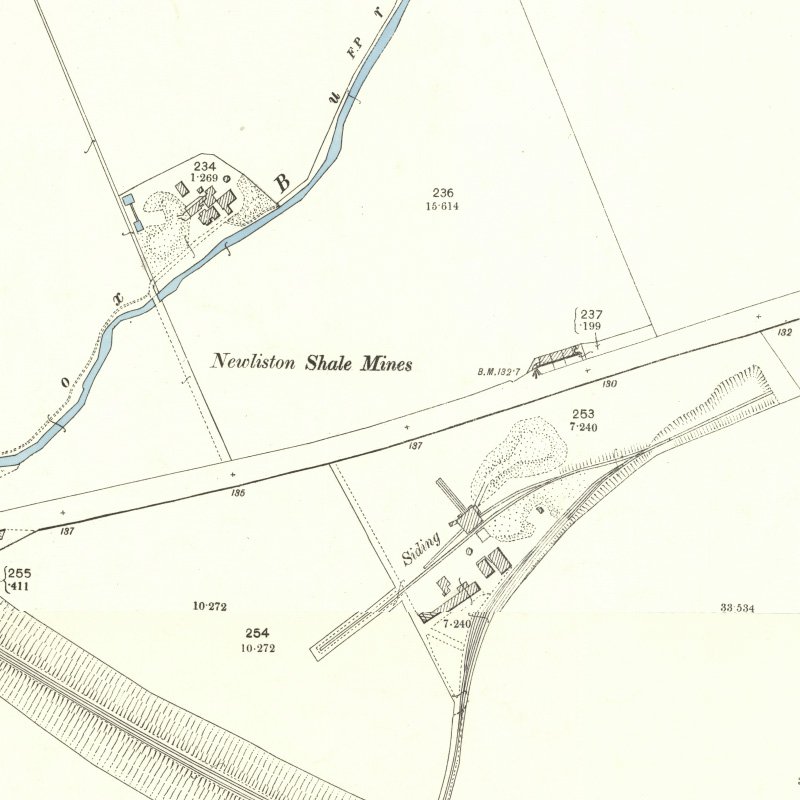 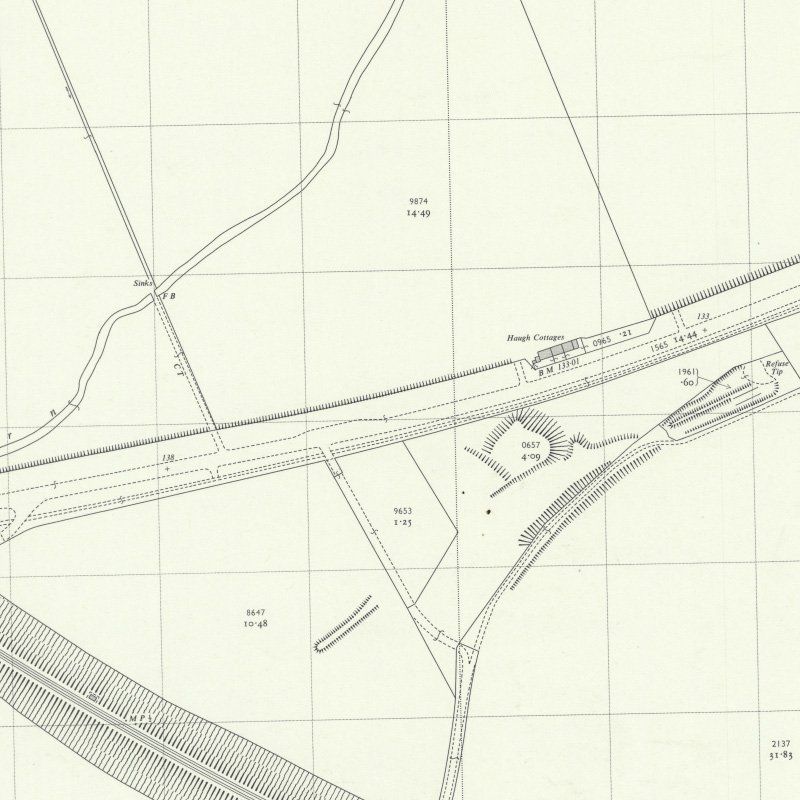 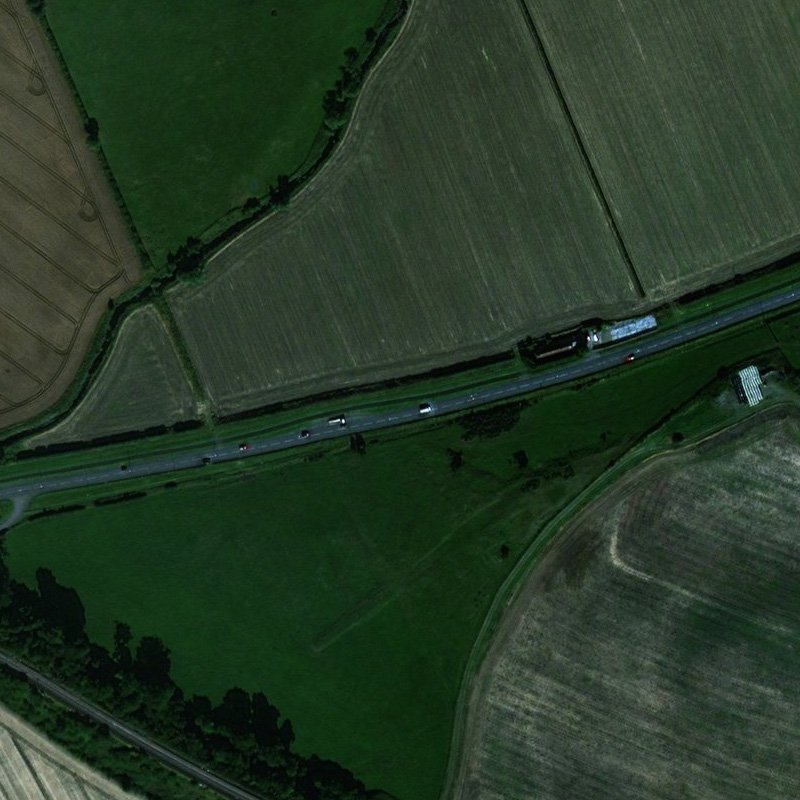 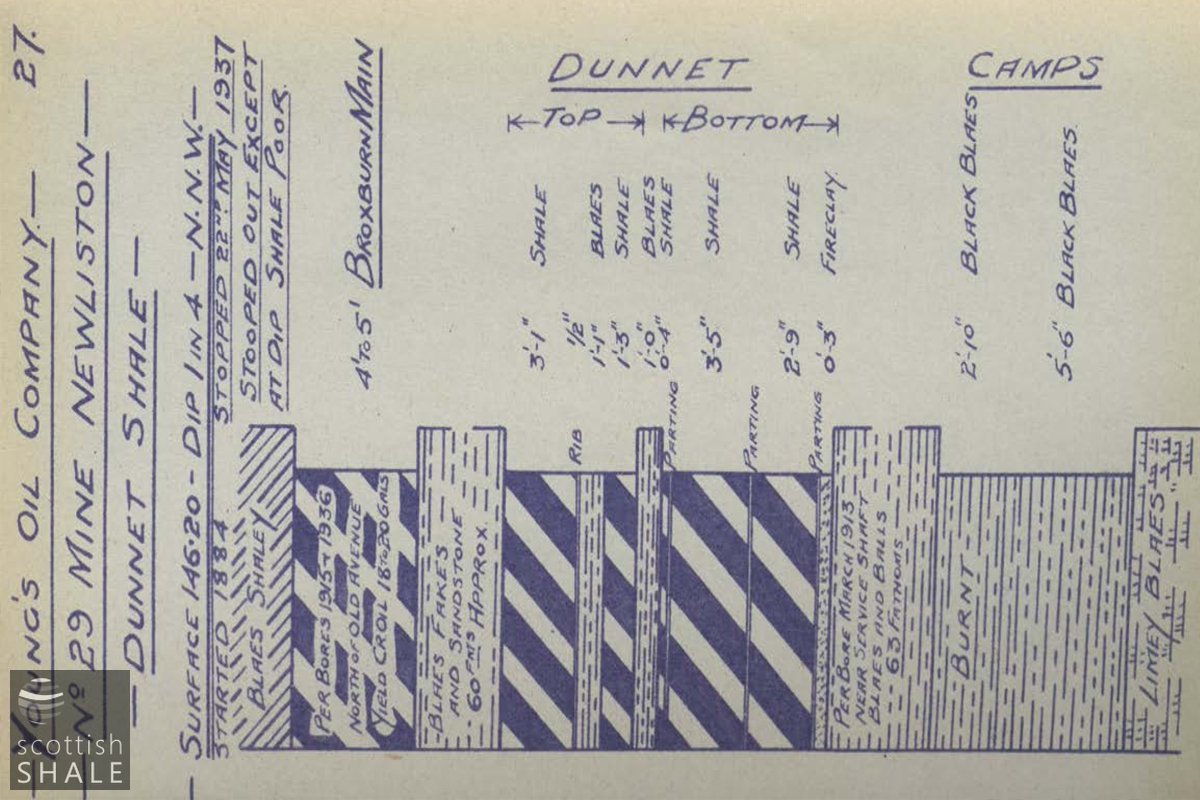 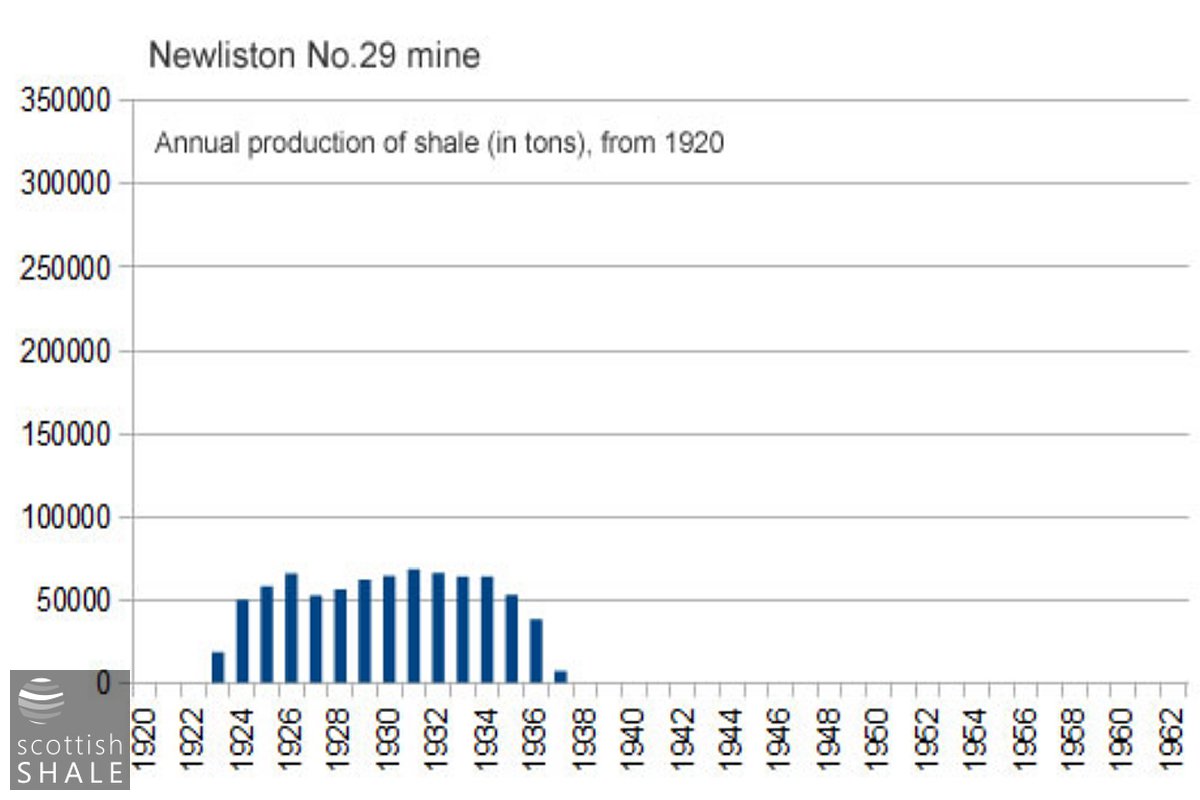 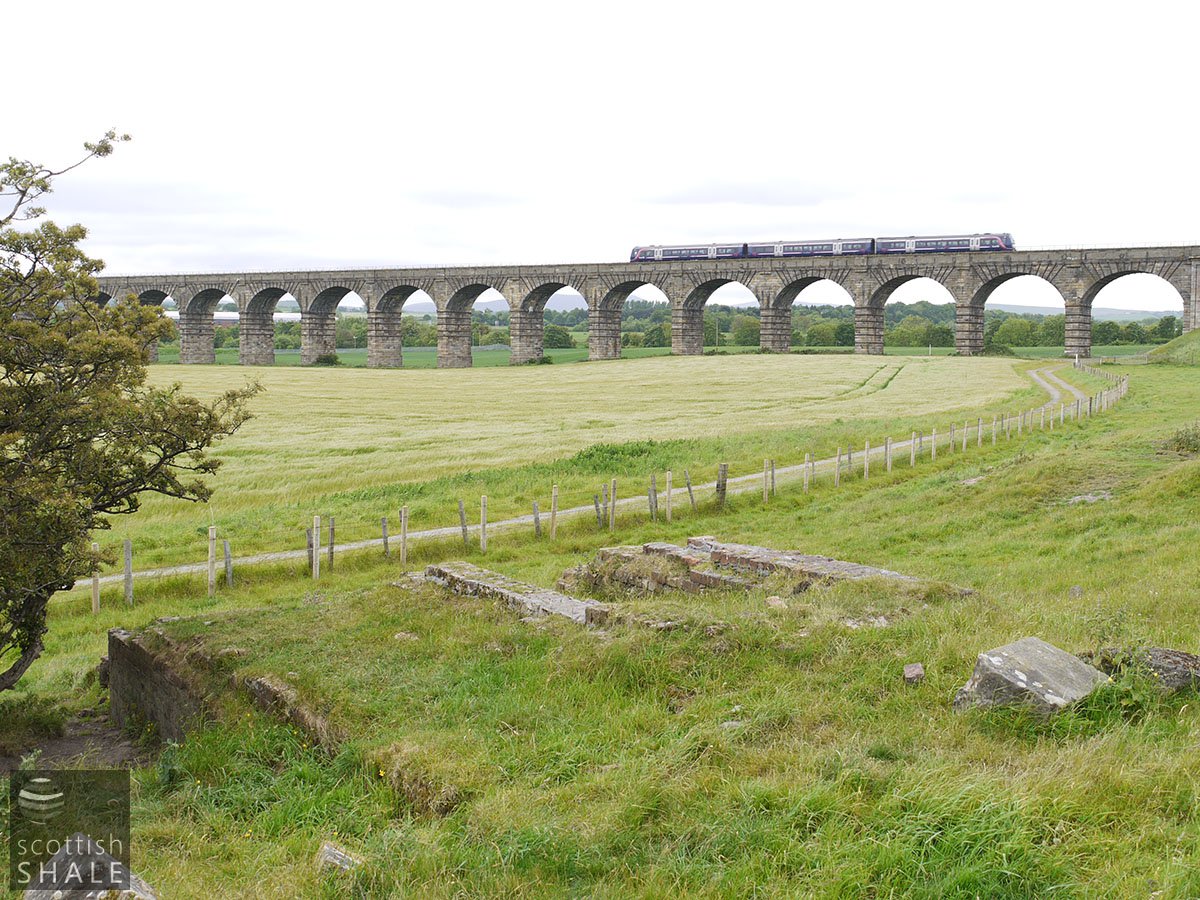 Substantial brick under-building, roadway following the course of the branch railway, with the Almond Viaduct in the background. Looking south west. July 2011. 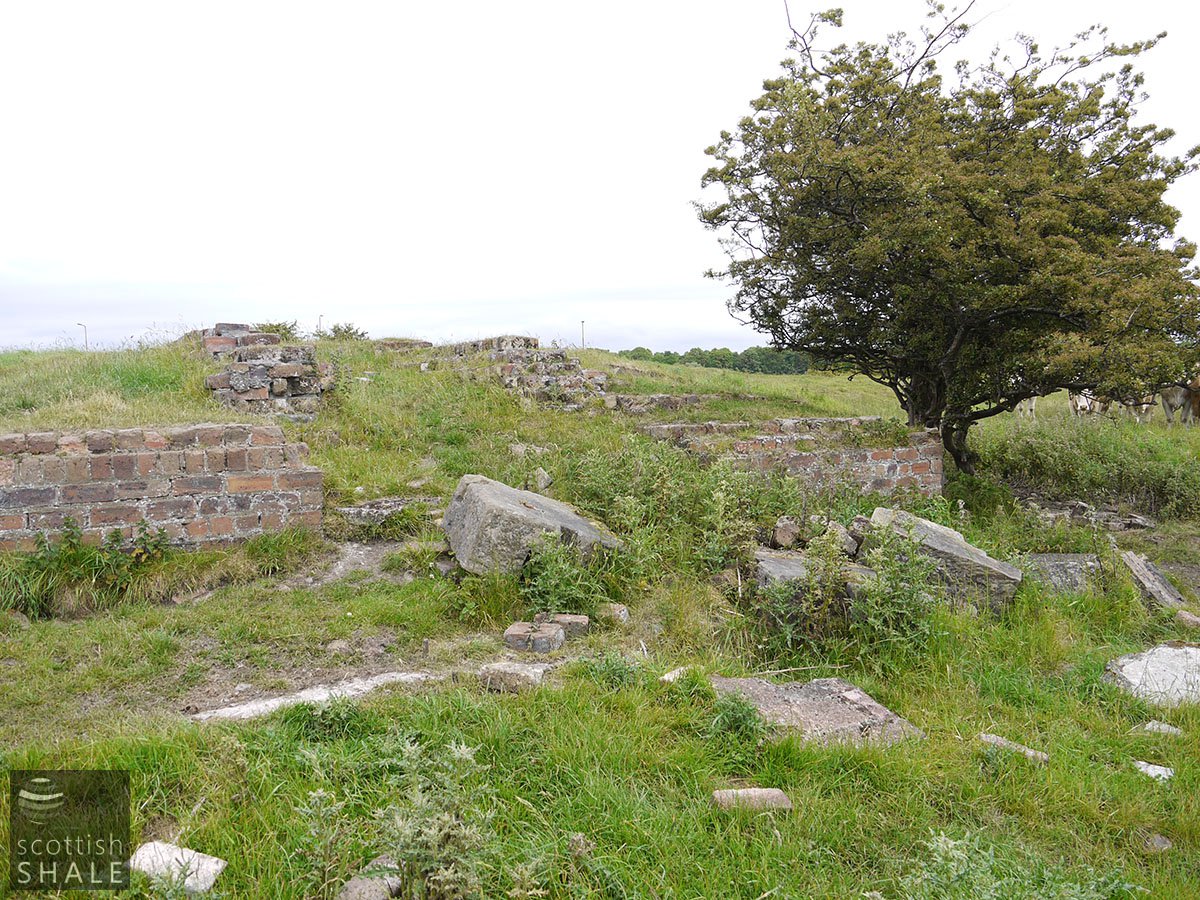 Closer view of the brick structure - perhaps the base of the haulage engine house. Looking north. July 2011. 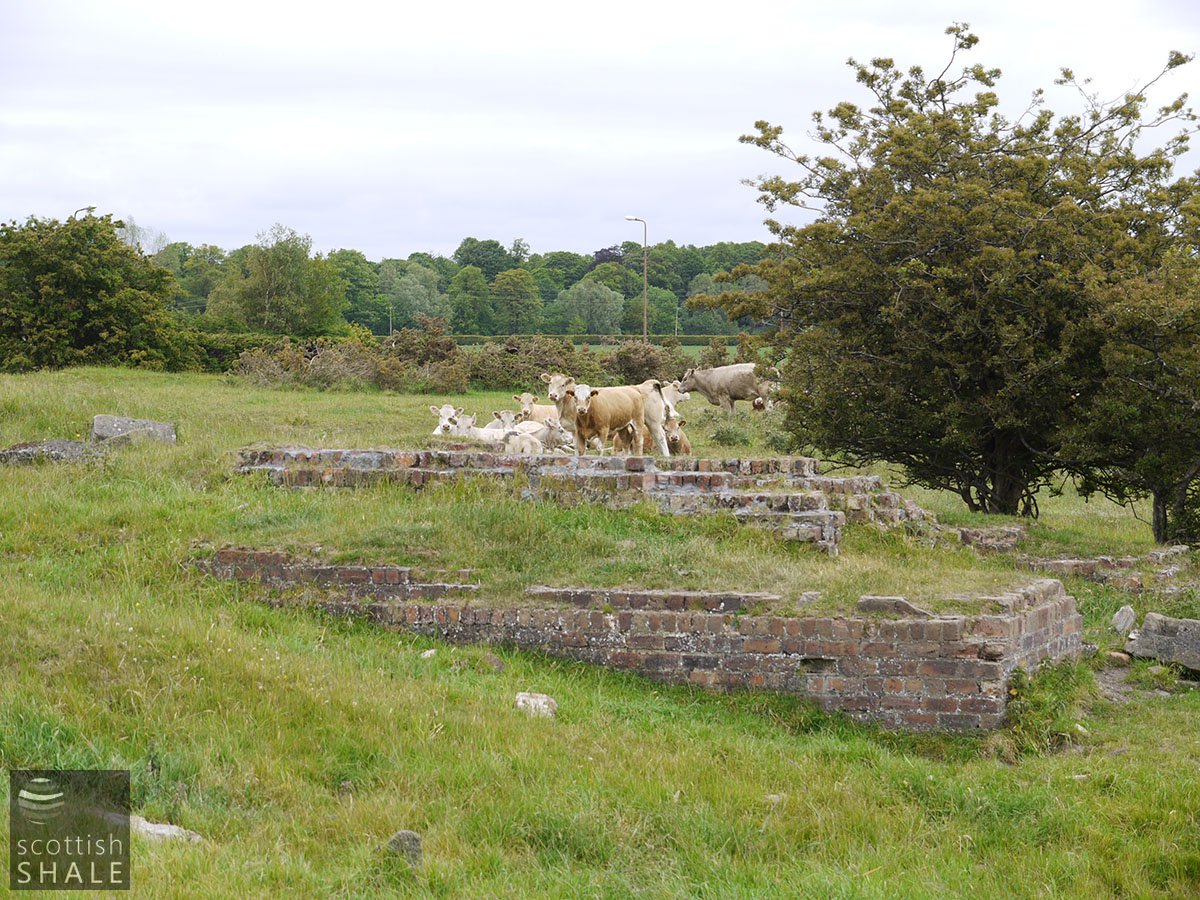 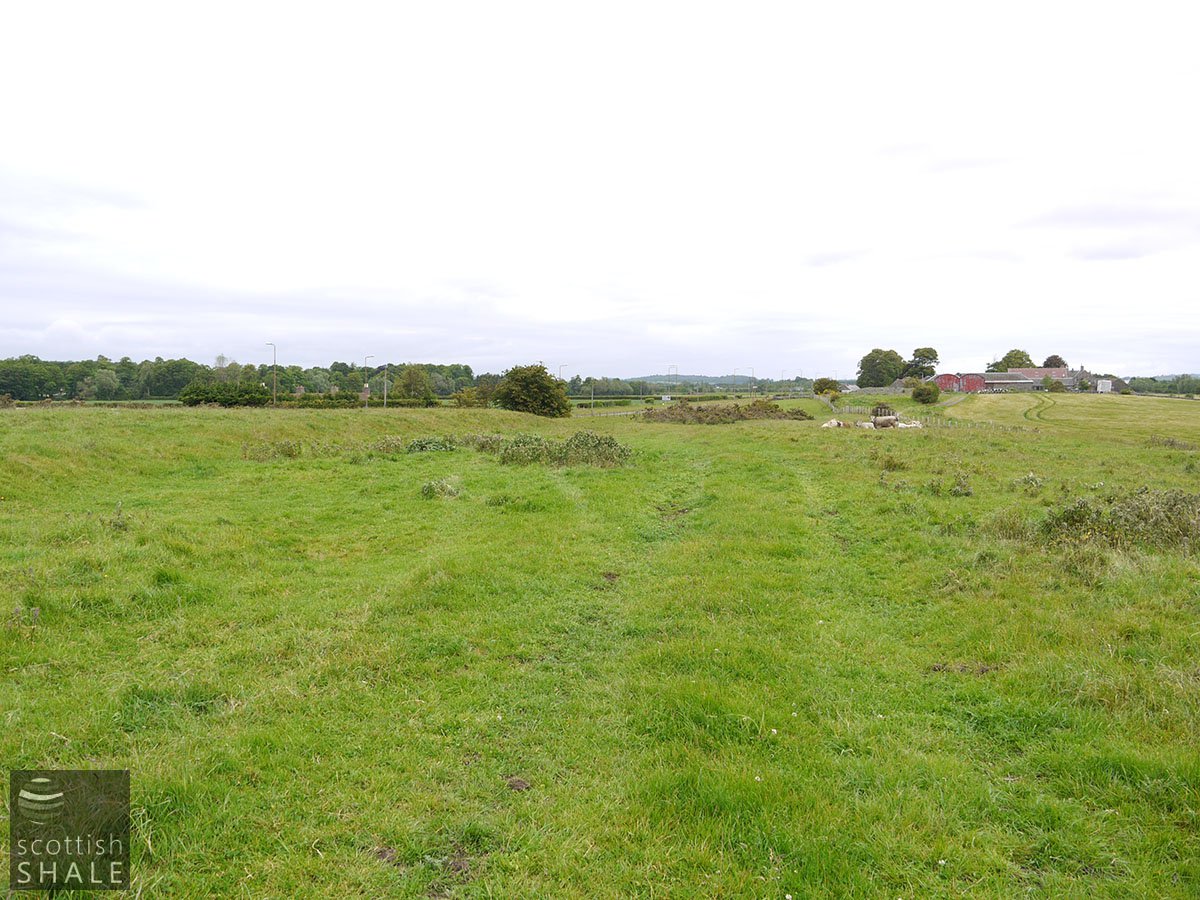 The mine adit would have emerged in the centre left of this image; Haugh Farm is in the background. Looking east. July 2011.

... the Chairman referred to the advantages accruing to the company by the acquirement of the Uphall, Newliston, and Kilpunt Works, by which the company would be provided with a supply of shales equal in all respects to those of any other company. The Newliston shale is 10 feet to 12 feet, and could be worked at a cost of about 3s 6d per ton as compared with the Addiewell cost last year of 5s 9d per ton. The whole seam is unusually rich in scale and ammonia, the only two products in the mineral oil trade which at present are really remunerative.

...In opening out the Newliston mine, an old riverbed was encountered, consisting of gravel and running sand which required the utmost caution and retarded the work of excavation. In consequence of this only 2,400 tons of Newliston shale were distilled during the year, but all difficulties having now been overcome, the output is now increased.

At Newliston Mine, the machinery and relative equipment are unusually strong and serviceable; and the electric light has been adopted to admit the proper examination of the shale at the surface during the darkness of winter. The output at present is about 300 tons per day, but will in a week or two be 400 tons. When the working faces are fully opened up it can easily be further increase, as the mining plant is capable of dealing with 600 tons per day. Such a large accession of valuable shale, taking place of a similar quantity of comparatively unremunerative shales from the districts around Addiewell and West Calder, will have an important bearing on the future of the company.

The re-opening of Newliston is progressing and repair works on the surface (buildings and branch railway) are going on steadily(July 1923). An output of 2,300 tons has been got from the work of reconstruction underground, and a commencement has been made with the installation of the electric haulage engine at the top of the slope dook (August 1923). The new air shaft at Newliston has now reached the seam, and the improved ventilation will enable us to push on with stooping (January 1925). The cost is steadily improving, as a fair proportion of the output is now coming from the full thickness of the seam. We are still encountering some falls but these sometime yield a fair quality of shale (April 1925). An effort has been made to drive a road from the slope dook, but, owing to a very heavy fall in the main dook, had to be abandoned (June 1925).