Suffered an accident on 8th October 1928, while employed as a labourer at Roman Camp Oil Works 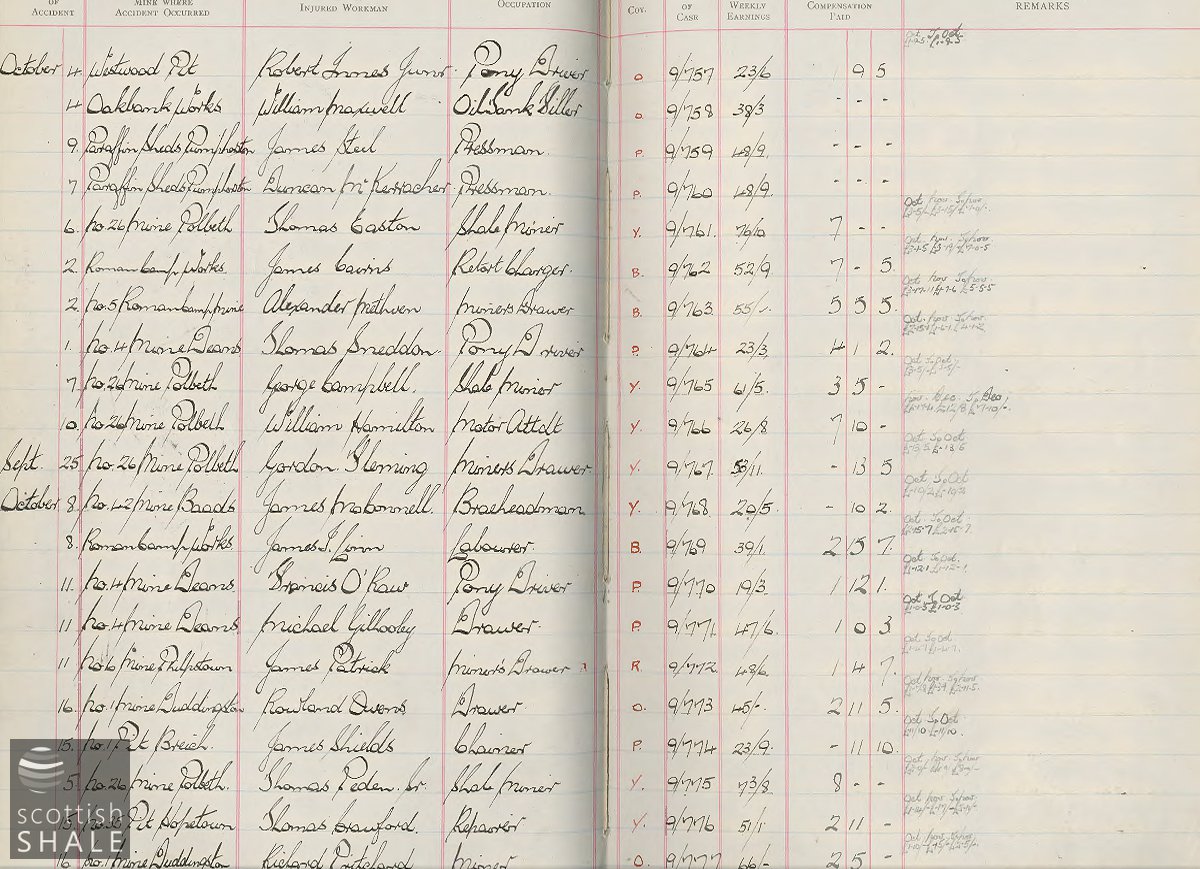 On Monday Morning James Innes Linn, 26 years of age, residing in Holmes Cottages, met with an accident at Roman Camp Works, which necessitated his removal to Edinburgh Royal Infirmary. He was engaged in portering the shale in a retort, when the stuff dropped, and thereby forced down a pipe which hit him heavily on the forehead.