A major crude oil works, constructed by the Broxburn Oil Company in 1892 to supply crude oil to their Broxburn refinery and connected to it by the company's mineral railway. There were 240 retorts in use in 1895. This site was separate from Roman Camps Shale Oil Works which closed in the early 1870's.

Much of the workforce were accommodated in company housing at Roman Camp village, and the works were served from Roman Camp mines No.1, No.2 (north), No.2 (south) , No.3, No.4, No.5, No.6, & No.7. The opening of new mines immediately prior to World War two ensured that the oil works remained in production until c.1955. 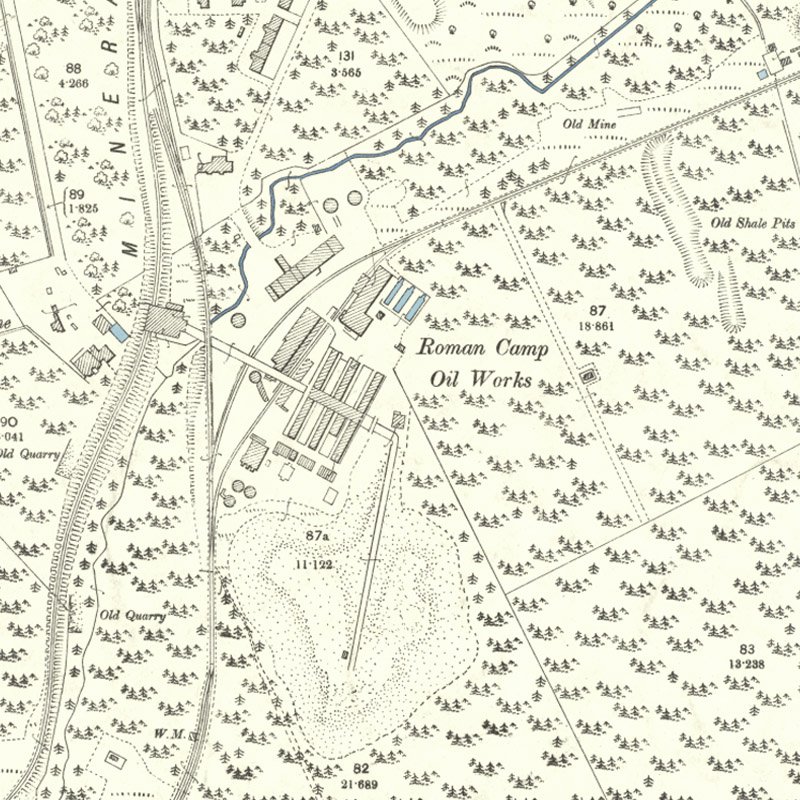 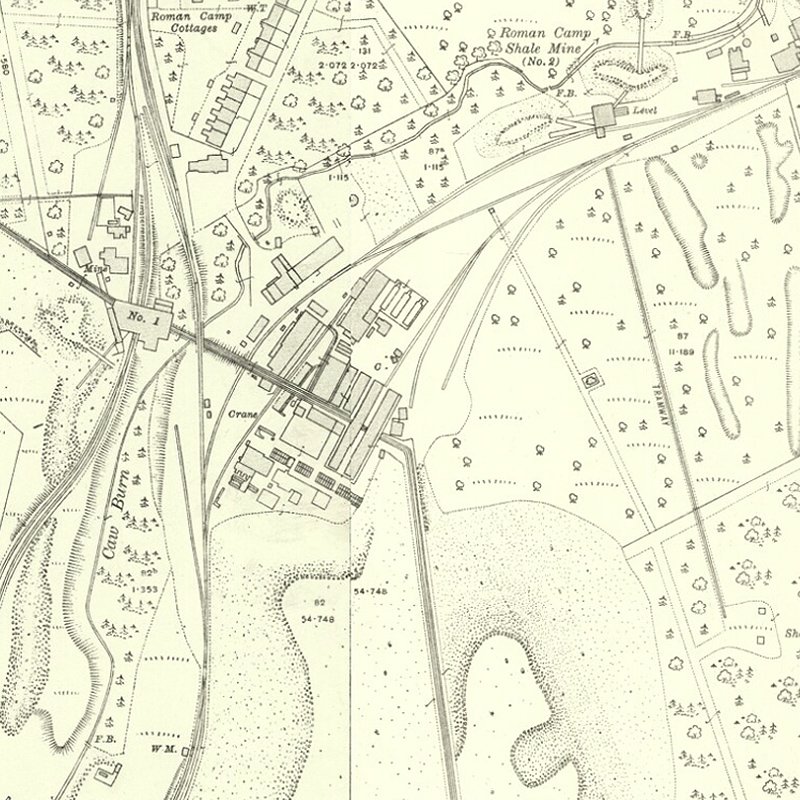 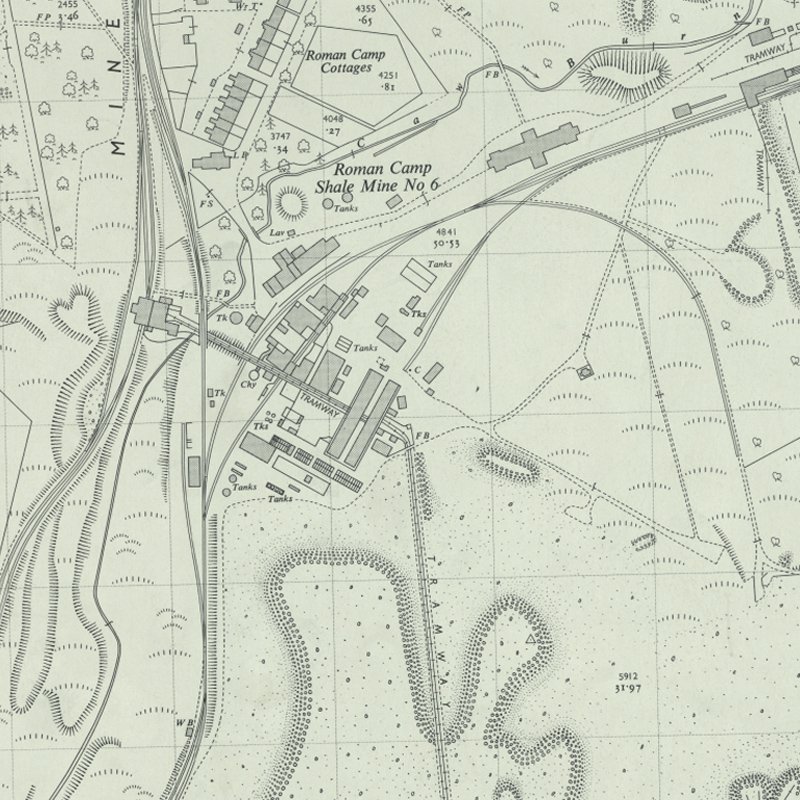 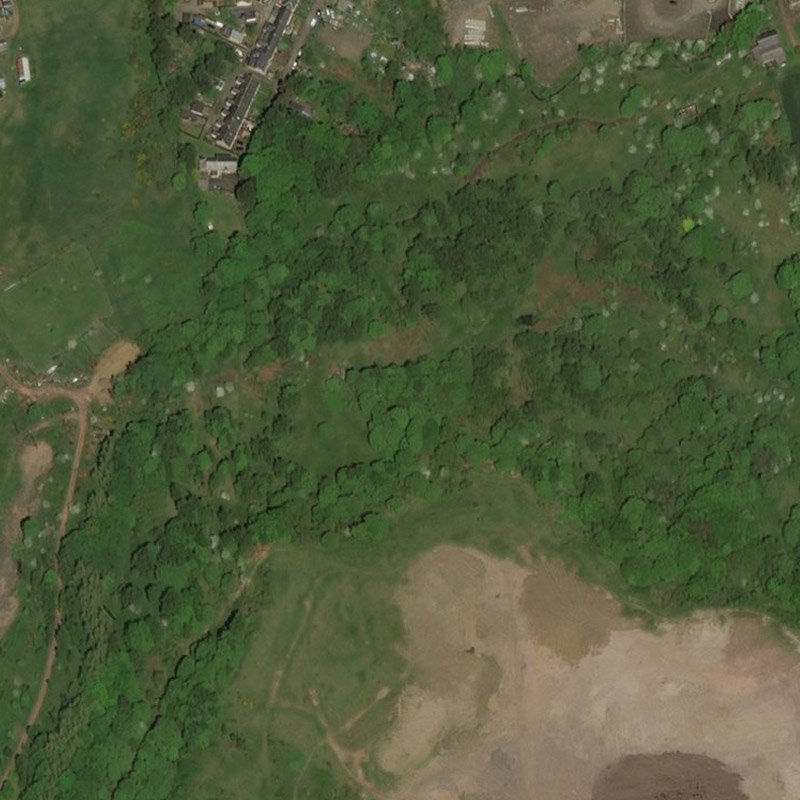 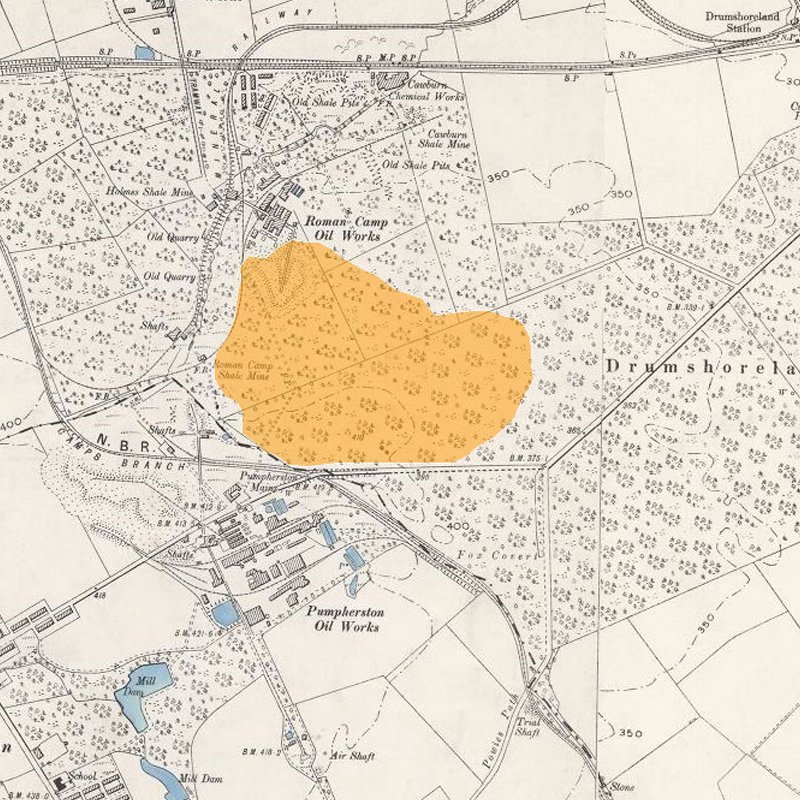 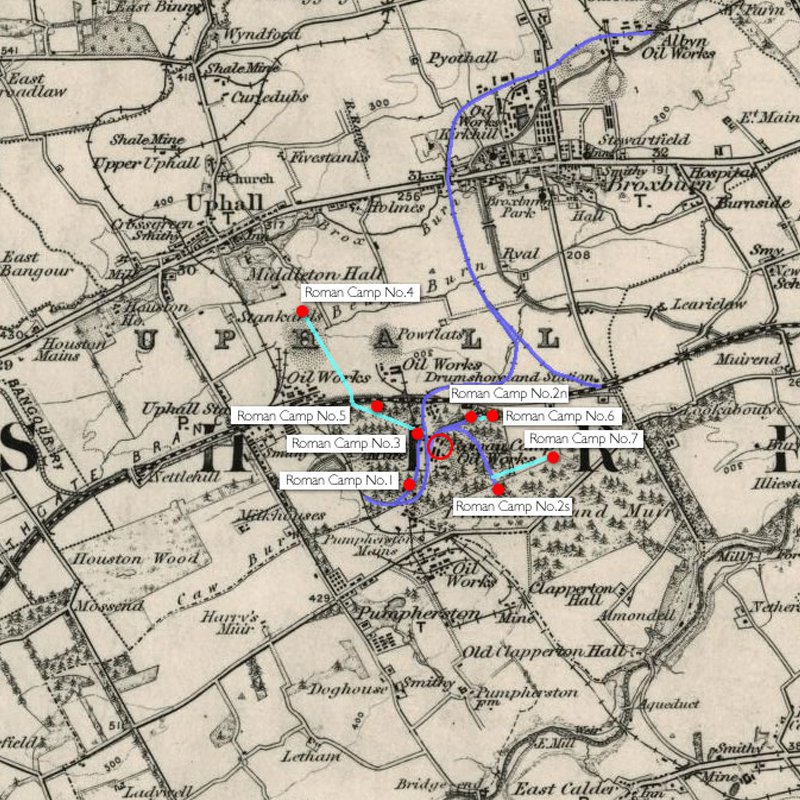 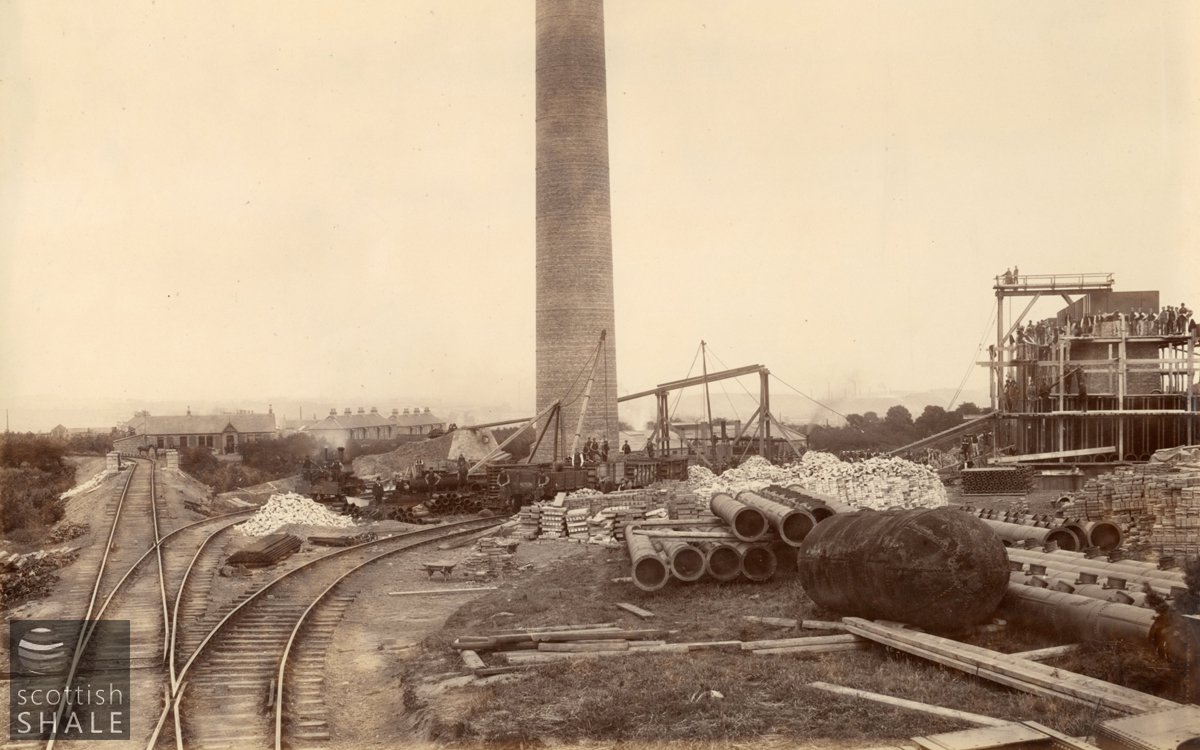 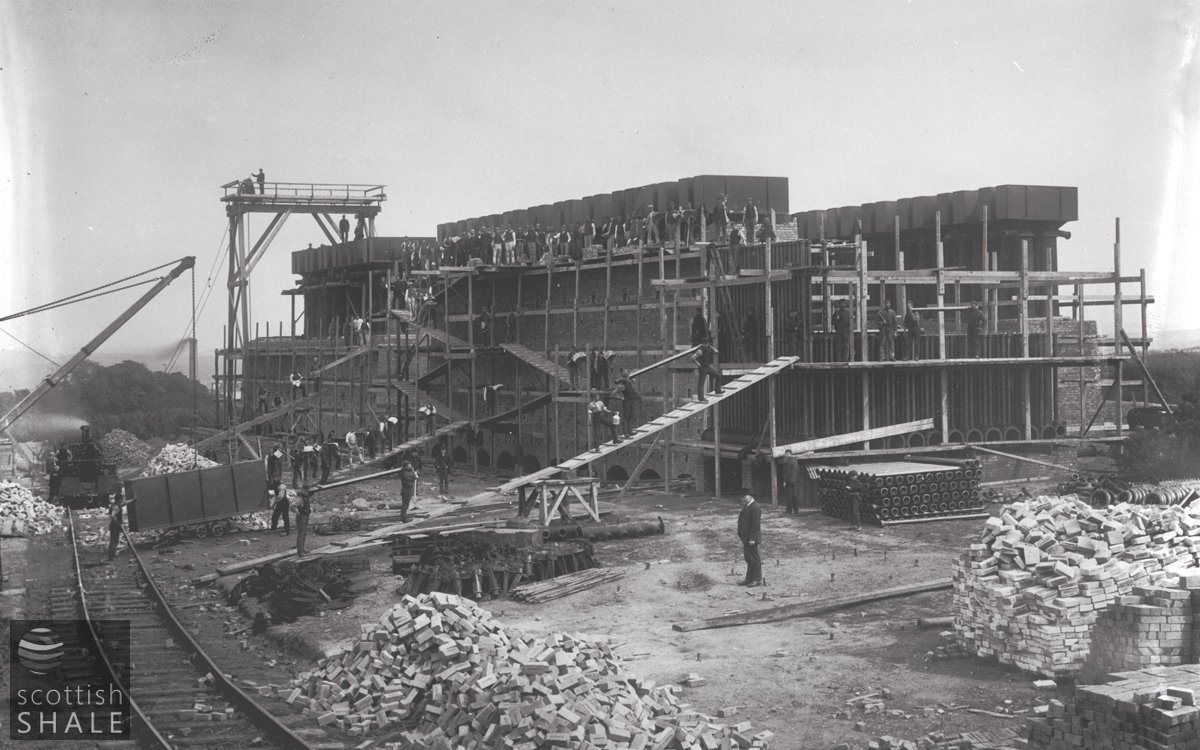 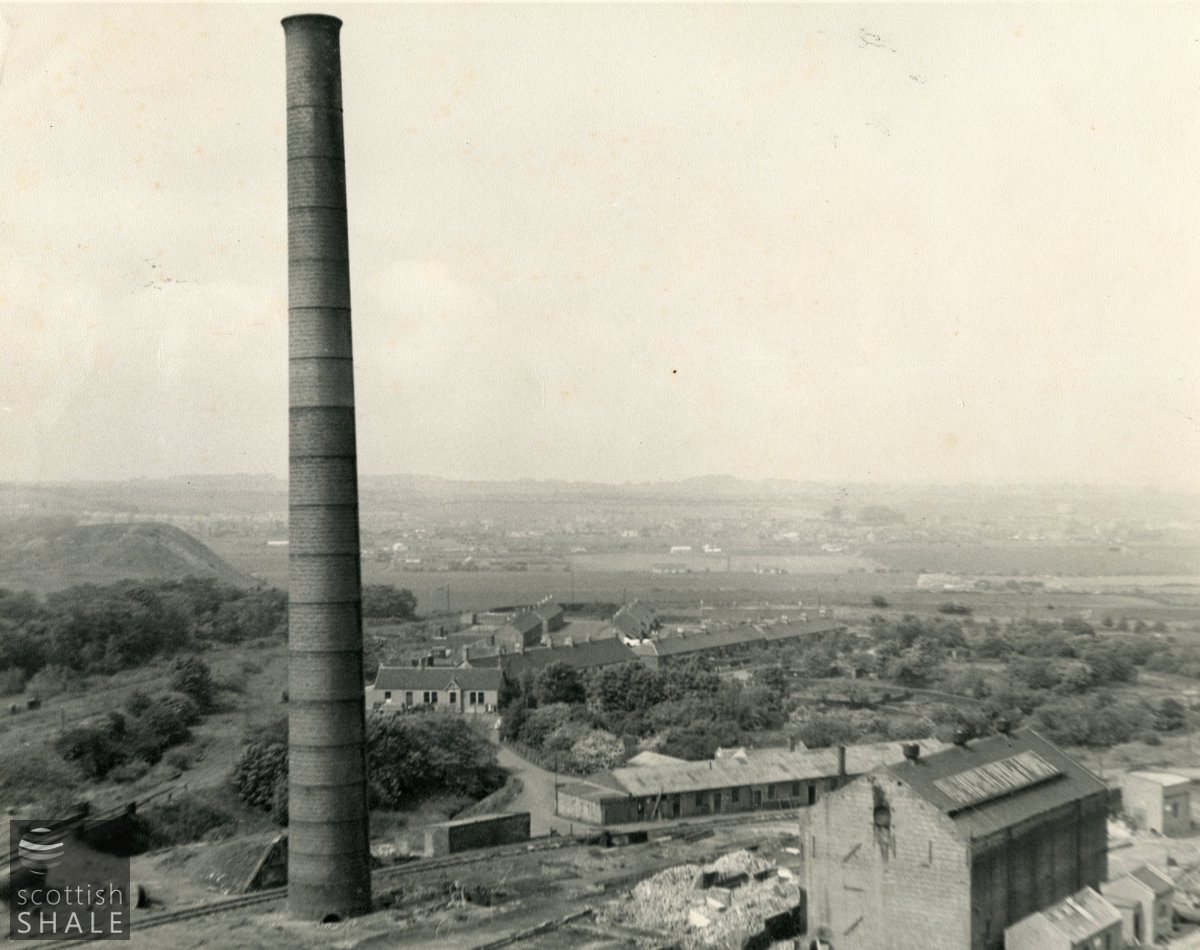 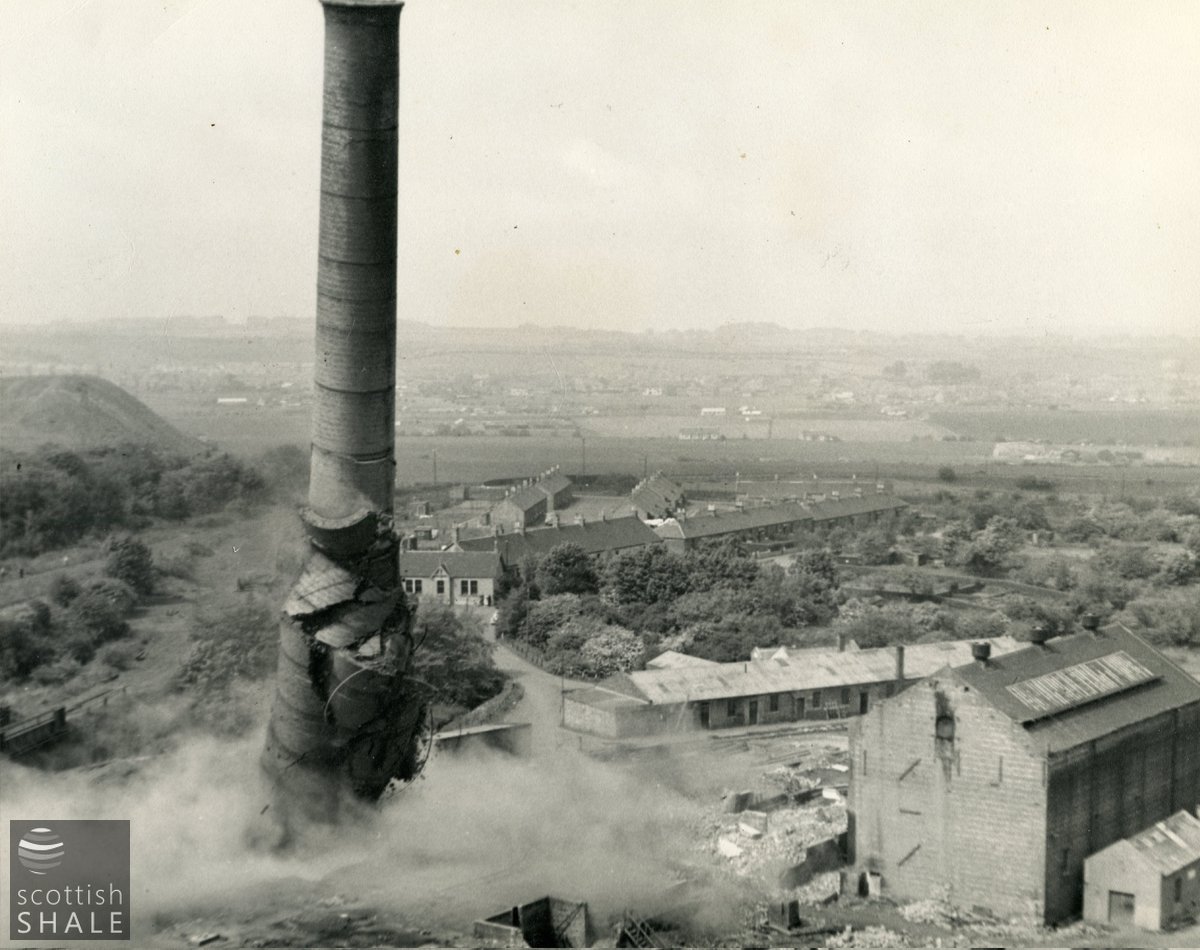 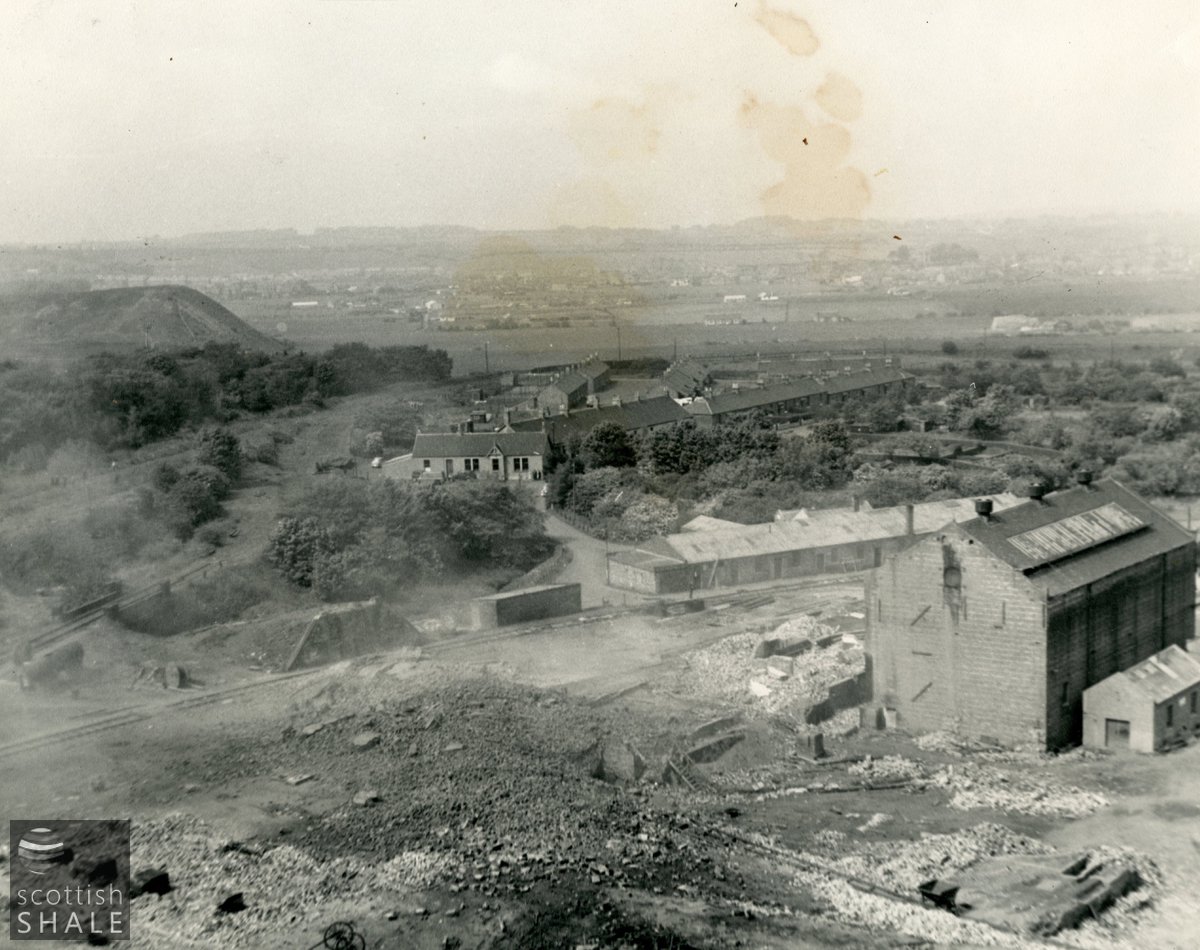 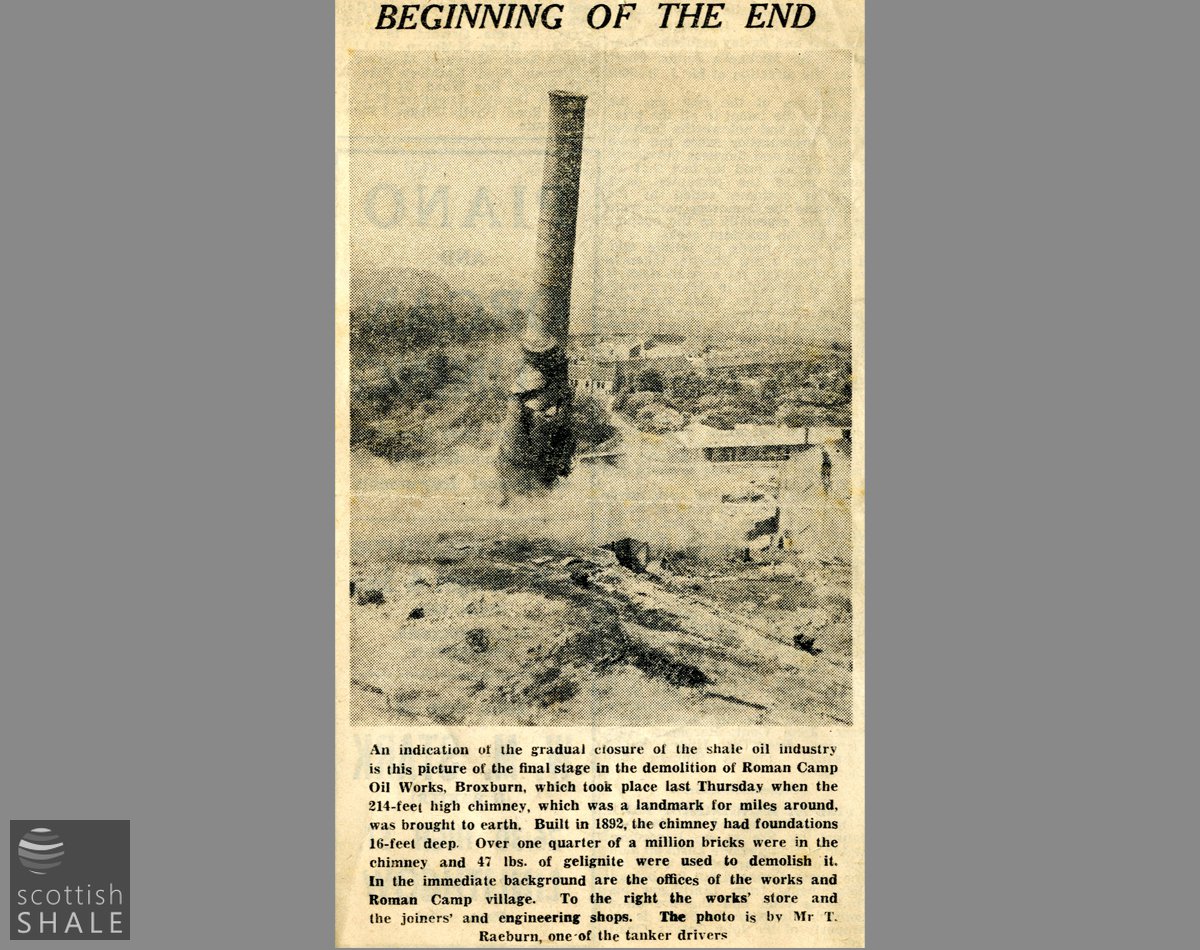 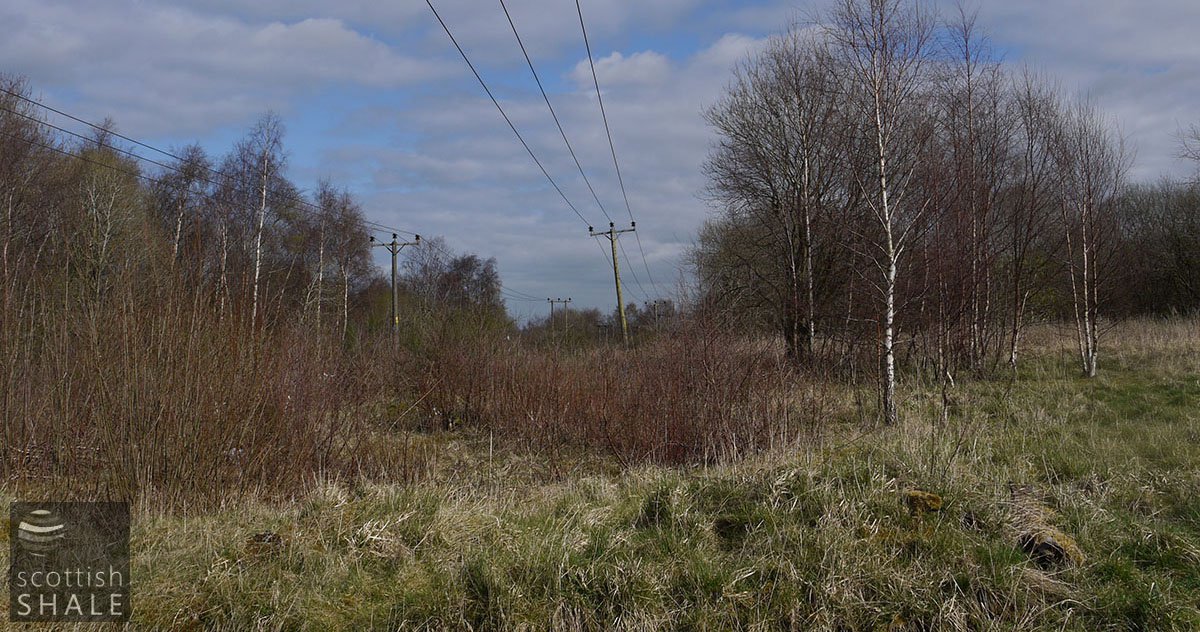 View across site of the oil works, from approximately the same spot as archive image (1). Looking east. March 2012.

At Broxburn a new crude work has been erected, and a new shale mine sunk at a part of the neighbourhood known as "The Roman Camp." This is intended to take in the Pumpherston shales, and is on the Drumshoreland section of the company's mineral field. The new works are expected to start early next year. Otherwise, and the notwithstanding the depression, matters have been proceeding smoothly.