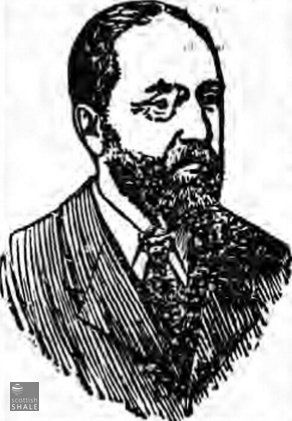 The death took place on Friday at his residence, Hillhead House, of Mr John Wilson, who represented the Division of Govan in Parliament from 1889 until 1900, when he retired from public life. Mr Wilson was born in Paisley in 1828, and was educated at the Parish Grammar School and at Ross Academy. Left an orphan at an early age, he moved to Glasgow where he pursued a business career with such success that he became head of the large tube manufacturing concern which was recently converted into a limited company under the title of the Wilsons and Union Tube Company, and also of the firm of John Wilson & Son, brass and bell founders.

In 1888 he was approached by a large number of electors in Govan to contest the constituency against the late Sir William Pearce. Shortly afterwards, Sir William died suddenly in London and a by-election took place. In this Mr Wilson was victorious over Sir John Pender by a majority of 1,071. Politically Mr Wilson was best known for his championship of the Local Veto Bill. He was succeeded in the representation of the constituency by Mr R. Hunter Craig, who has taken up, in regard to local veto, the position Mr Wilson vacated. Mr Wilson was interested not only in temperance, but in all social and philanthropic schemes and played a prominent and valuable part in connection with the City of Glasgow Bank failure. He had been in ill-health for some time.

Above right: Picture from The Dundee Evening Telegraph, 3rd January 1889

NEW JOINT-STOCK COMPANIES IN SCOTLAND. During the past week four new joint-stock companies were registered, making nine for the present year, with aggregate capital £476,000. The names of the companies are: John Wilson & Company, to convert the business John Wilson, Hillhead House, M.P., and others, carried on John Wilson & Son, malleable iron tube manufacturers and brassfounders, into a joint - stock company; capital £100,000, in 10,000 shares of £10.

Mr John Wilson, of Hillhead House, Glasgow, merchant, who died on the 29th December last aged seventy-eight years left, exclusive of real estate, personal estate of the gross value of £ 251,423, of which £ 161,650 is personal estate the United Kingdom . The real estate, consisting mainly of freeholds in the city of Glasgow, is of an annual rental value of £ 1931 and of a probable capital value of between £ 45,000 and £ 50,000. His interest in Messrs John Wilson & Son , engineers, iron tube manufacturers, and brass founders, has been valued for probate at £ 17,000.