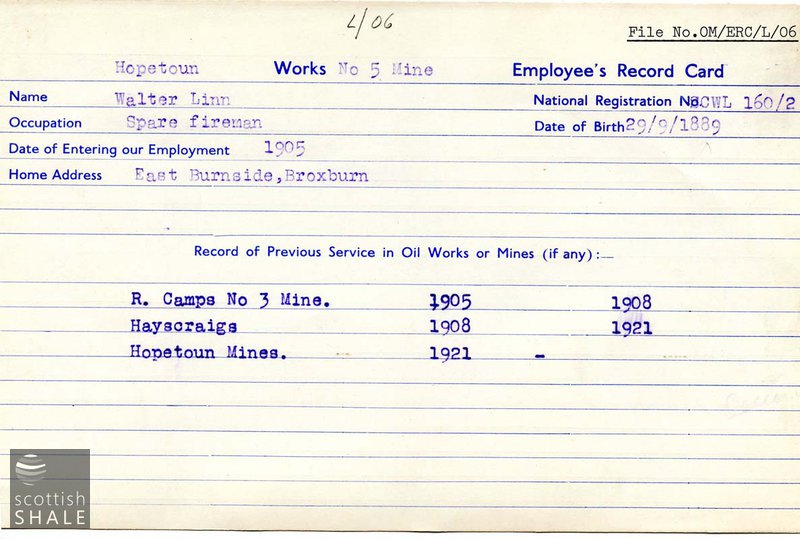 Should be noted that his year of birth is incorrect.

Suffered an accident on 31st May 1928, while employed as a pit roadsman at Hopetoun No.35 pit 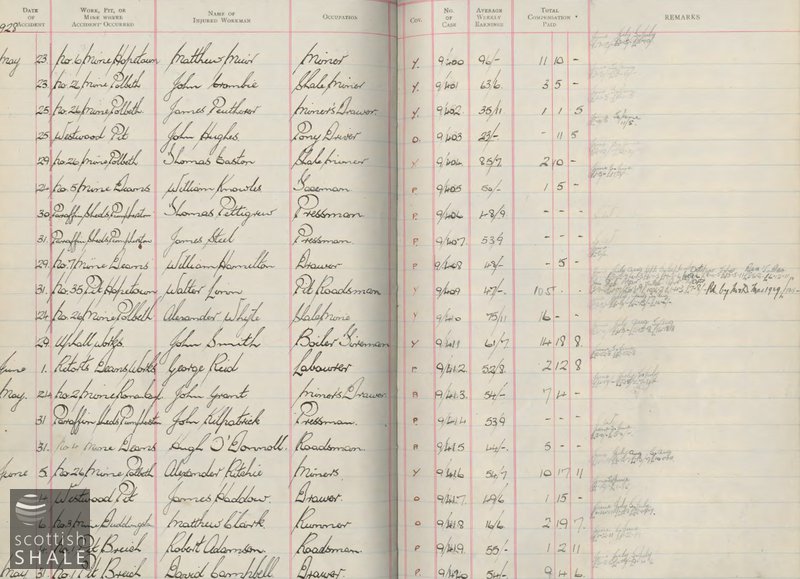 On the occasion of his leaving Broxburn to proceed to Canada, Mr Walter Linn was met by his fellow-bandsmen of Dr Kelso's Lothian Pipers in the Buchan Arms Hall, and presented with a gold-mounted guard and a gold badge, suitably inscribed. Friends at Broxburn Hall Farm also presnted him with a handsome dressing-case and an inscribed gold badge.

A miner, named Richard McMullan, residing at East Main Street, Broxburn, sustained injuries to his head, face, and lower limbs, through being partially buried by a fall of material in a "stooping" place in No. 35 Mine. The accident occurred towards the close of the shift, and his drawer had left for the surface. he was dug out by a man named Walter Linn, residing at East Burnside.

On Thursday of last week Mr Walter Linn, East Burnside, whilst at work at No. 35 Mine, was badly hurt through a fall from the roof. He was taken to Edinburgh Royal Infirmary suffering from a double fracture to the leg, fractured ribs, and painful face injuries.

The village learned with regret of the passing on Monday of one of its best-known members, Mr Walter Linn. He died at Bangour Hospital, to which he had been admitted the previous day. His home address was 7 Westhall Road. Mr Linn knew as much about old Broxburn and its personalities and worthies as anybody. Apart from some three years in Canada at a time prior to the Great War, he spent all of his 78 years in the place. He was the first man to return from Canada on a free pass issued by the Pacific Railway Company. The pass was given [to] him for services rendered. Mainly, Mr Linn's working life was spent with the Scottish Oils, Ltd. He was a foreman at Roman Camp Works, from where he retired some eight years ago. His great hobby was gardening. Of cheery disposition and with knowledge of a host of subjects, "Wattie" will be greatly missed by his many friends who, until a week ago, were enjoying his company. Predeceased by his wife six years ago, he is survived by a son and daughter.