Roman Camp No.3 mine 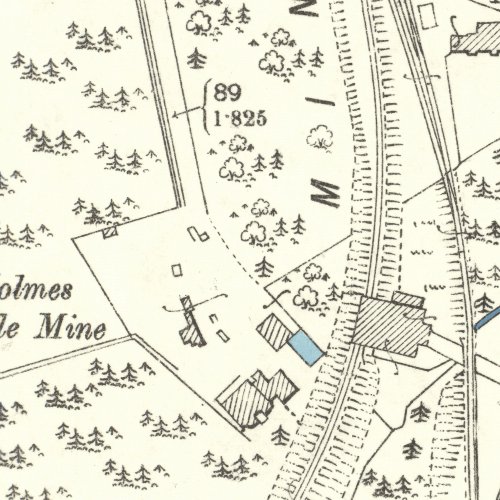 One of a sequence of steeply inclined mines following the outcrop of Pumpherston Shales along the western arm of the Pumpherston anticline, No. 3 Mine exploited Jubilee shale lying mainly to the north of the Edinburgh to Bathgate railway.

Each of the O.S. maps show a structure straddling the mineral railway; presumably containing a hopper into which standard gauge wagons tipped or discharged their shale. From this hopper, hutches of shale would have been drawn up a steep incline, passing beneath a second line of railway to reach the top of the retorts.

The 1917 shows the modest surface works of No. 3 Mine, whose produce appears to have fed the hopper structure (which seems to be labelled "No.1"), along with shale brought by tramway from Roman Camp No. 4 Mine.

The land has been re-graded and ground levels changed considerably since the closure of Roman Camp Oil Works; little survives of this complex of workings other than the railway bridge.

Mapped by the Ordnance Survey of c.1897 seems to show Holmes mine out of use, prior to development of No. 3 Mine. 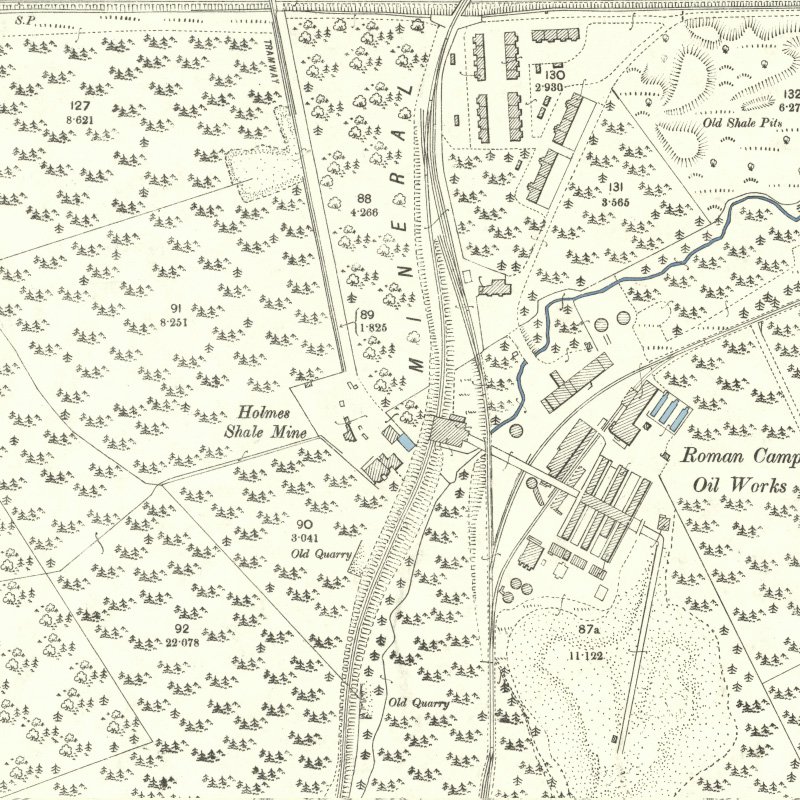 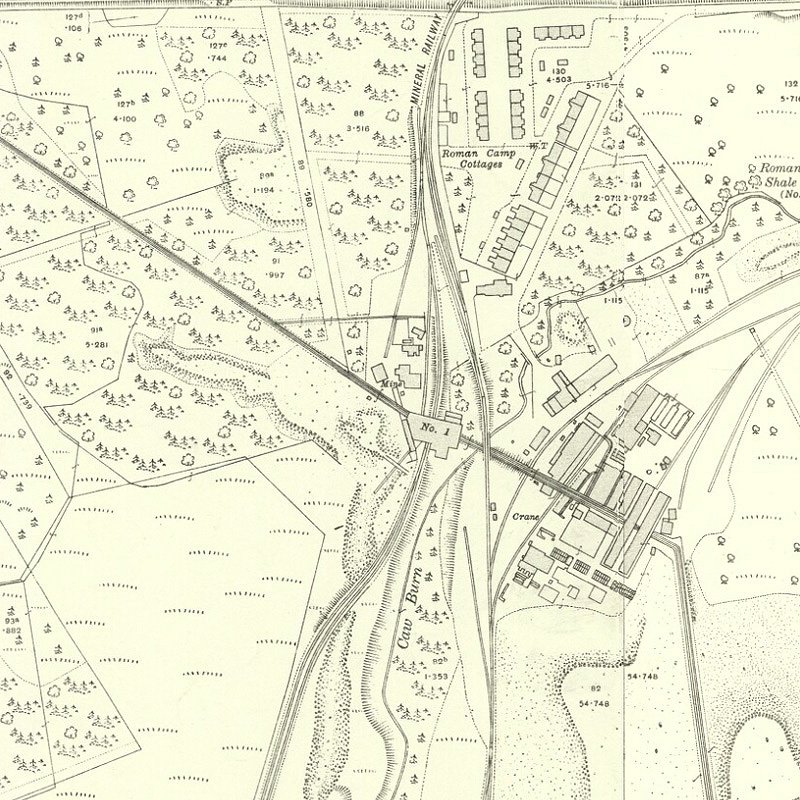 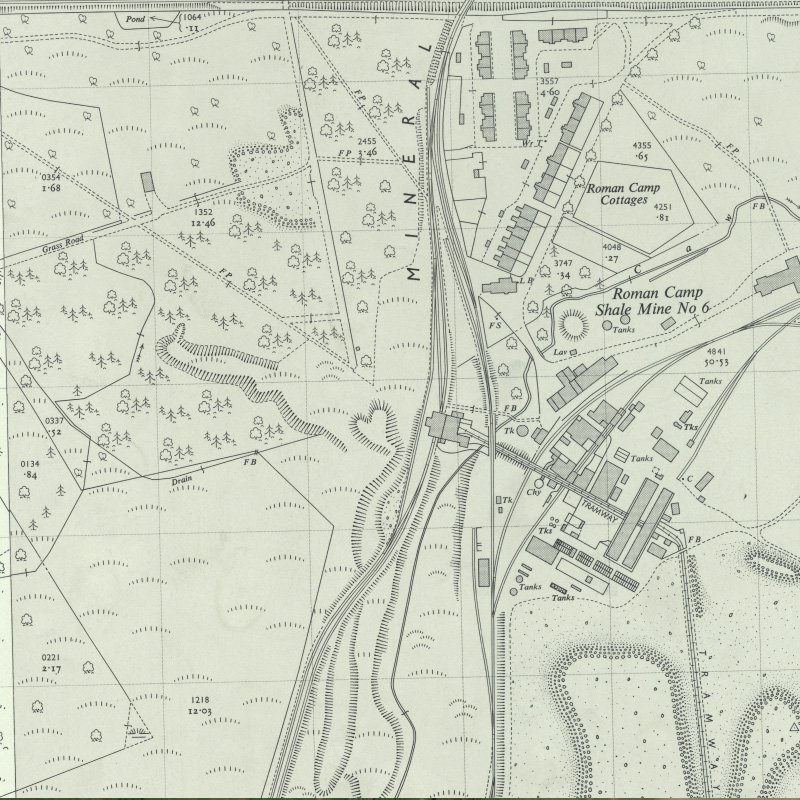 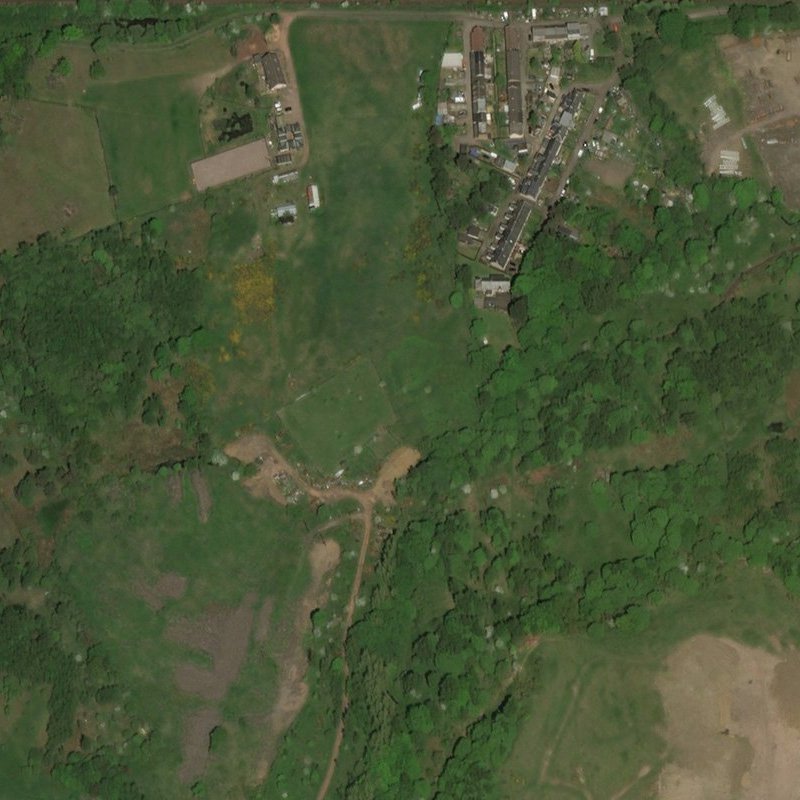 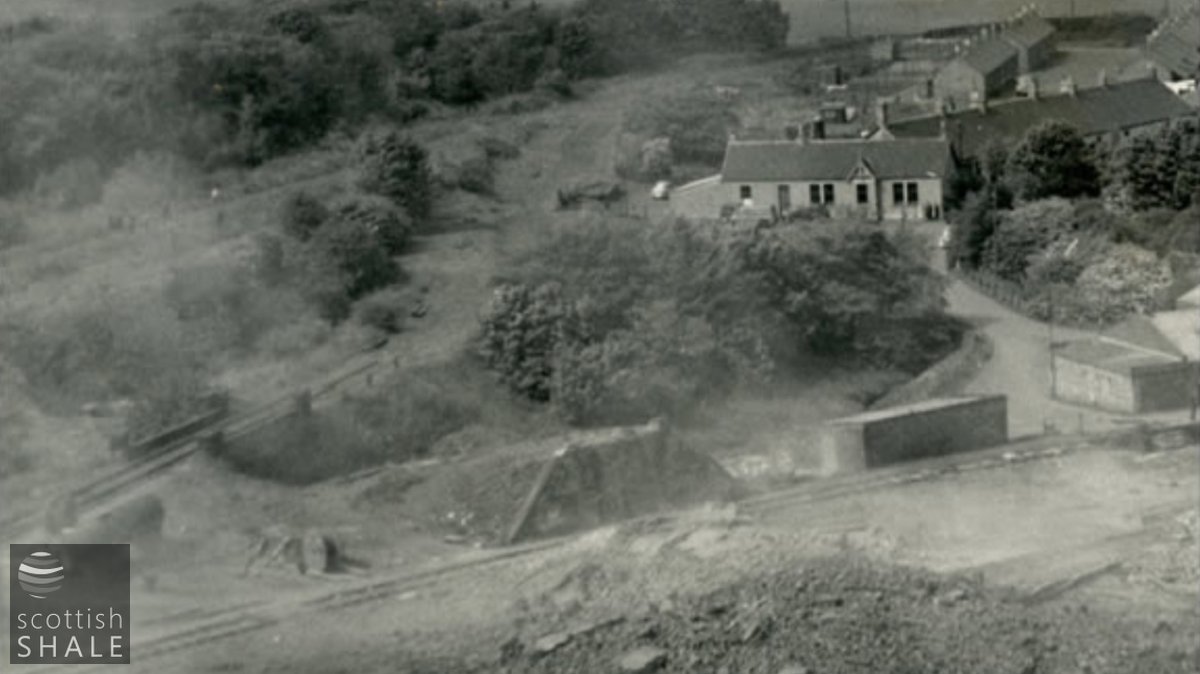 View immediately after demolition of the chimney of Roman Camp Works, c.1956. The surviving railway bridge, and the remains of the incline passing beneath it, can be seen centre left.. The site of No. 3 Mine is marked by the trees at the top of the left hand edge of the image (LVSAV 2010.061.003) 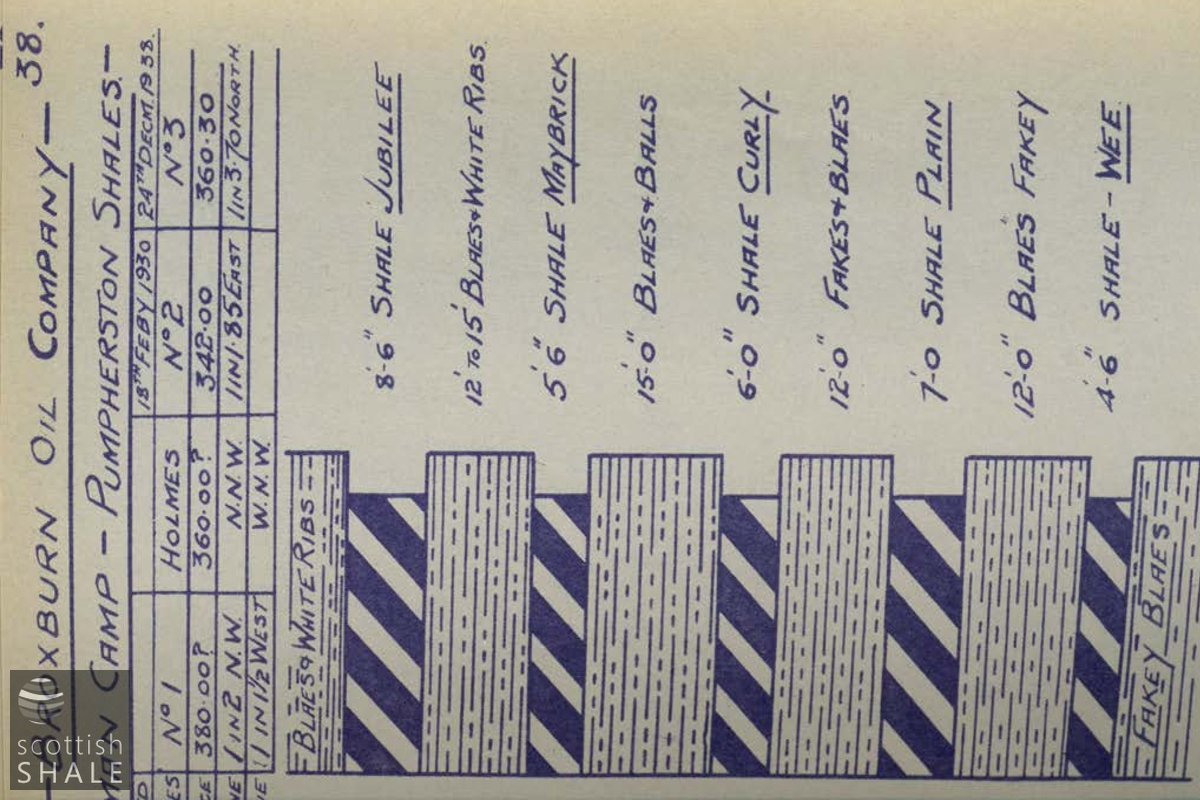 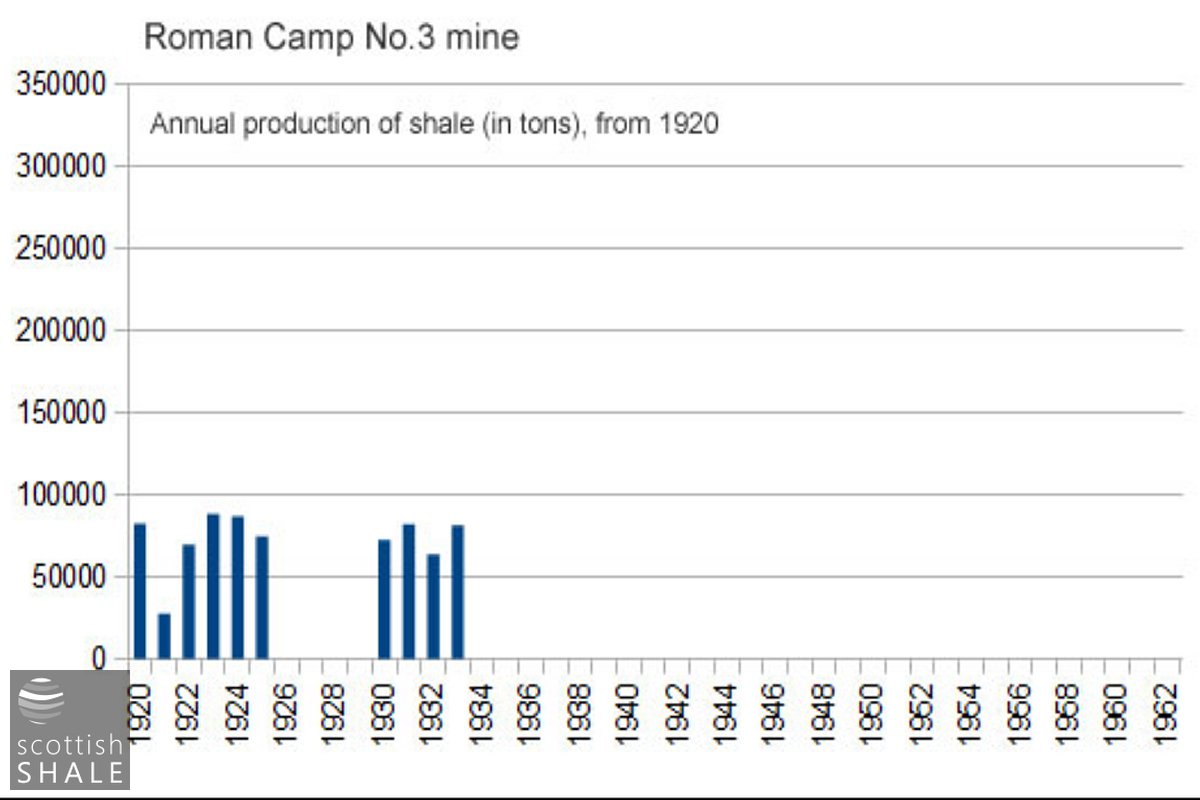 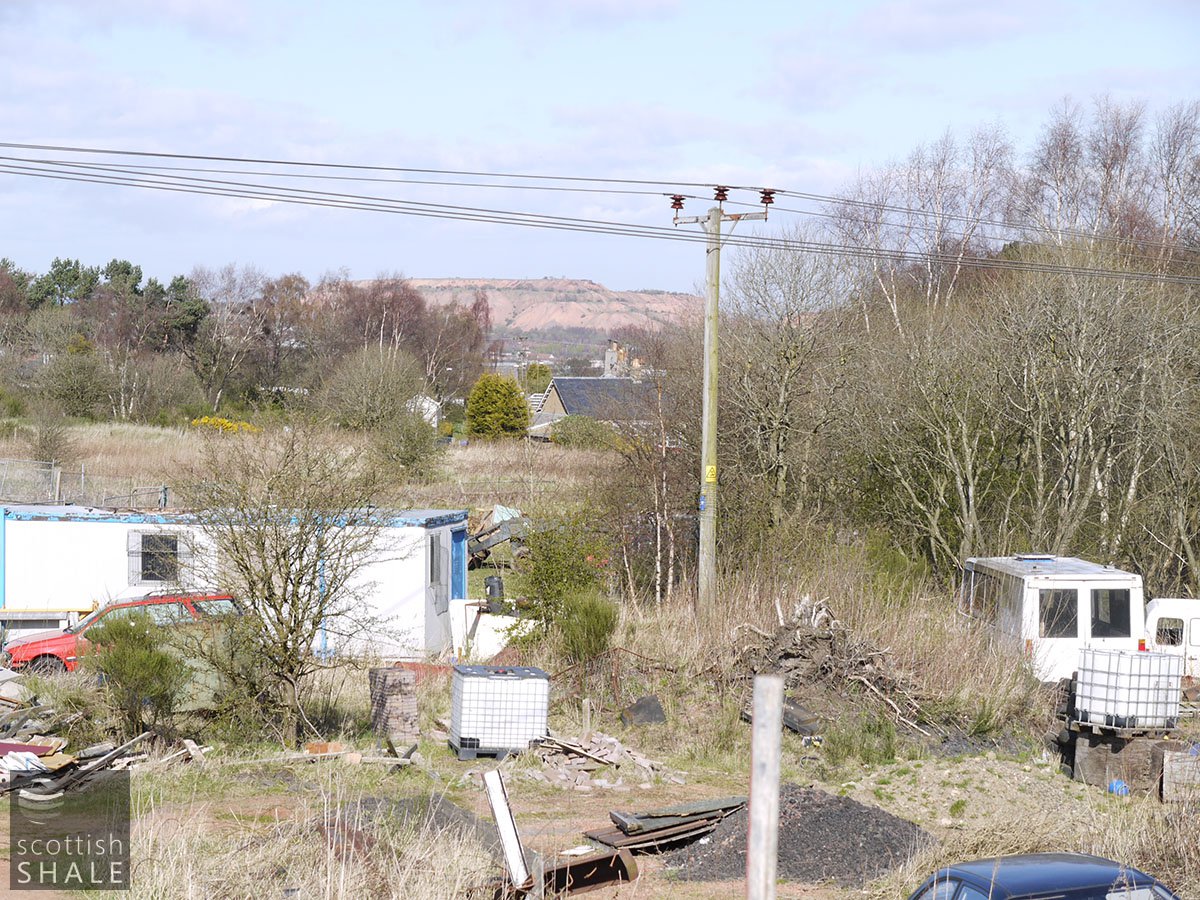 View towards site of No. 3 Mine, with oil works manager's house and Broxburn bing beyond. Looking north east. March 2012. 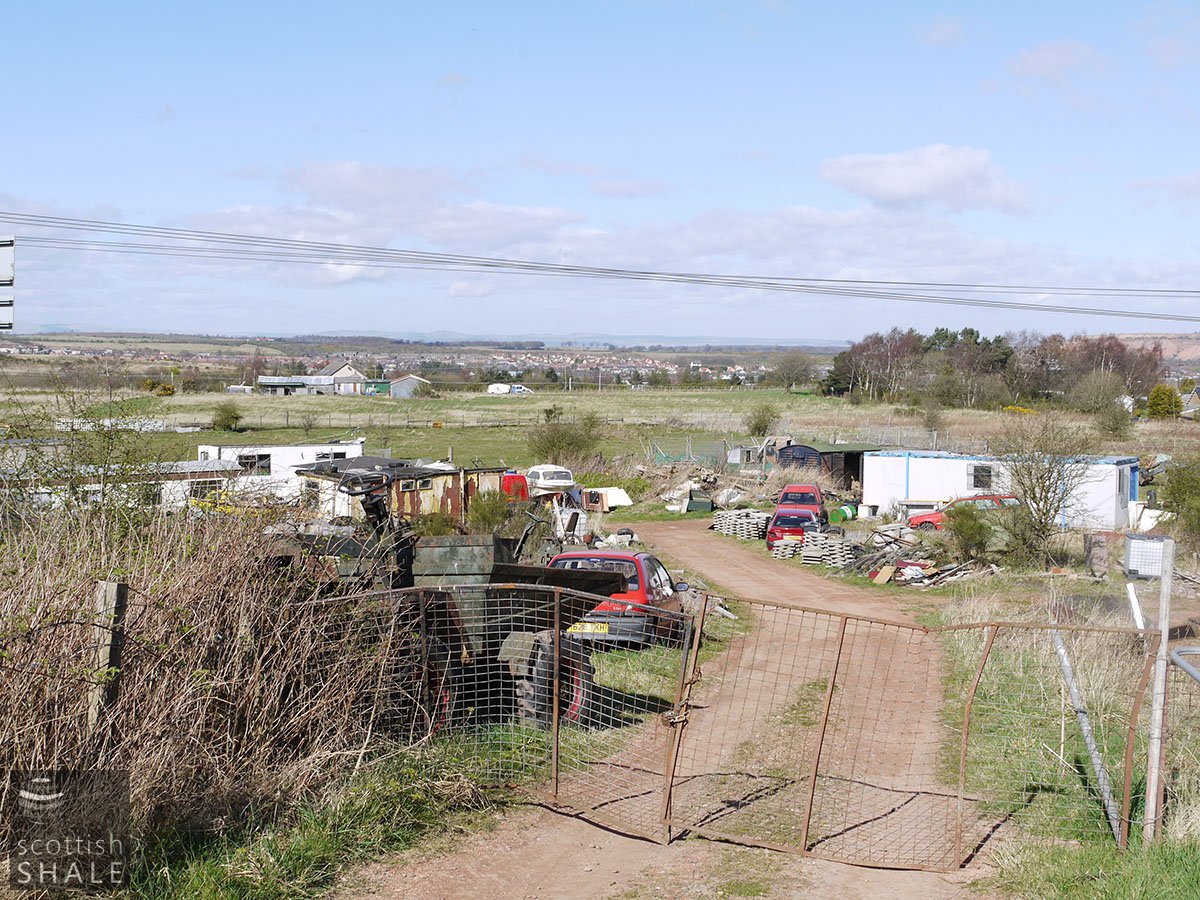 View from approximate site of No. 3 Mine. Looking north. March 2012. 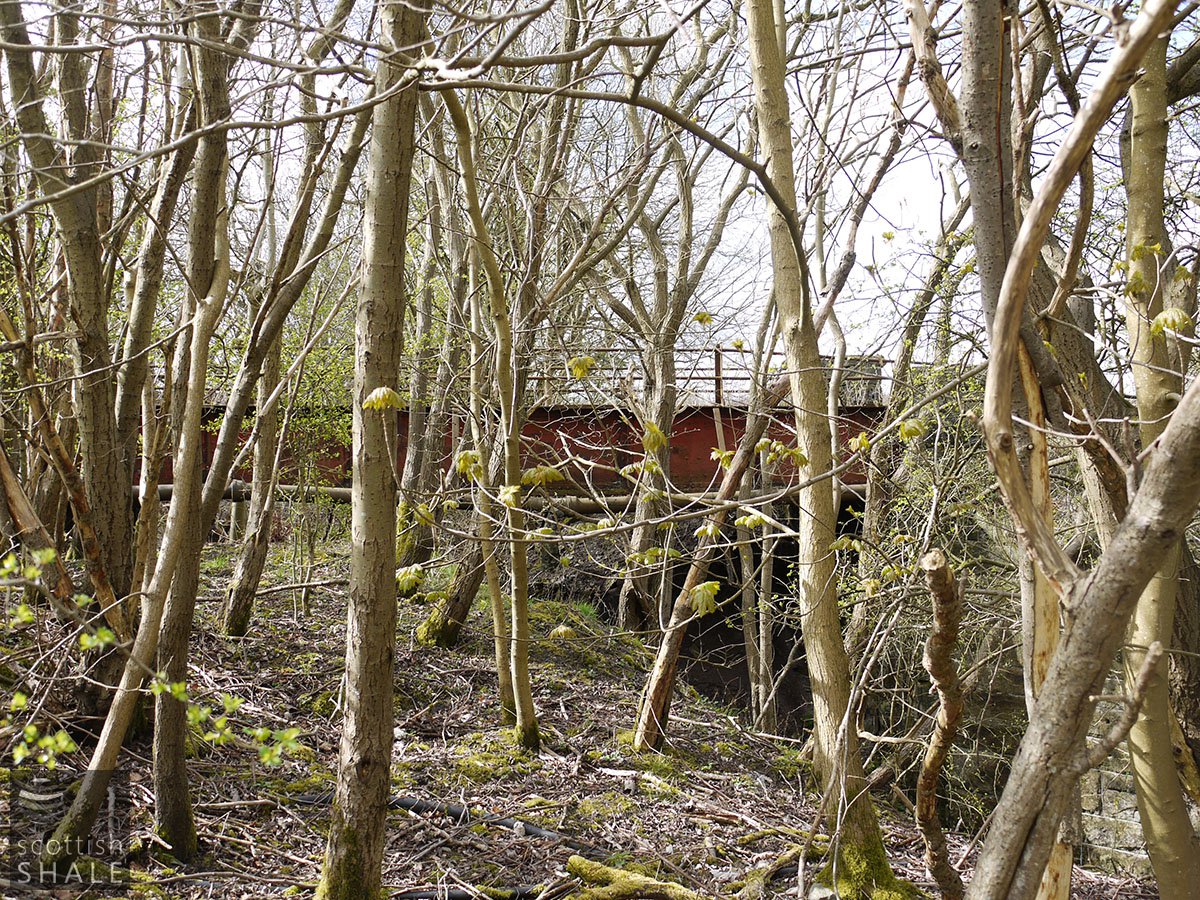 Surviving railway bridge, beneath which the inclined tramway serving the retorts once passed. Looking west. March 2012.

Roman Camp No.3, worked by Broxburn Oil Co., has been driven from the south side of the Edinburgh and Bathgate railway in the direction of Powflats where it passed through the east and west dolerite sills, about 100 feet broad. The shale on both sides of this igneous intrusion was burnt, and the operation of driving a mine though this dyke proved a laborious one.

Arrangements are being made to cut off the Curly Brae Section where a crush, which we have not been able to check, has been giving a great deal of trouble (June 1925).

Coal Authority Mine Abandonment Catalogue No. 12465, showing workings in the Wee, Jubilee, Curly, Plain and Maybrick seams, abandoned in 1938.