The Compagnie du South Boghead (The South Boghead company) was a joint stock company established in France in 1857. The sponsors and co-managers of the company were

The company traded in Britain as Wanostrocht & Co. and took over the Kimmeridge mines and Wareham oil works. Substantial investments were made at Kimmeridge and a well-publicised trade developed in the supply of Blackstone for gas production, much of it shipped from Poole. This mineral was rather mischievously marketed as "South Boghead Coal".

Facilities at Wareham oil works were also developed, although many of the refined oils were surreptitiously produced from Scottish Boghead Coal in the hope of evading payment of patent royalties. 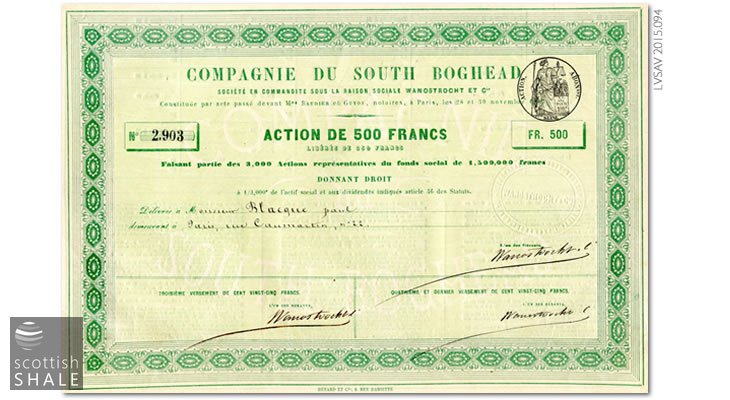