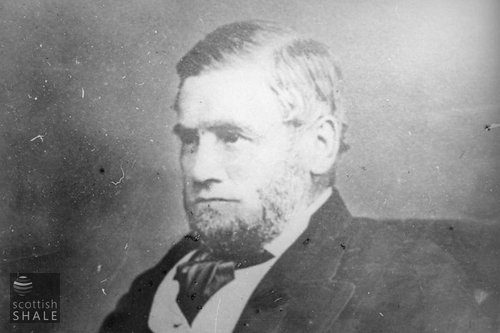 Death of a Well-Known Native of Kirkcaldy

We regret to announce the death of Mr Edward Meldrum of Dechmont, Deputy-Lieutenant of Linlithgowshire. Mr Meldrum was born in 1821 at Kirkcaldy. He early showed talents as a chemist, which were fostered by home study and considerable experience in Muspratt's Chemical Works at Liverpool and other places. He formed an intimacy with Mr James Young, who was manager at Muspratt's in 1842 or 1843, and in 1848 entered into partnership with him to work the petroleum spring at Alfreton, Derbyshire. In 1850 Mr Young discovered paraffin oil, and the two gentlemen started business near Bathgate, in close proximity to the field of Boghead coal, which was so admirably adapted for the purpose of manufacture. The rise and progress of this work are well known, as is also the fact that, at the expiration of the patent in 1864, the several partners in the enterprise had acquired substantial competencies. After this Mr Meldrum, while still maintaining an active interest in various commercial enterprises, began to interest himself in the public affairs of Bathgate and the county generally. He was deservedly popular among all classes.

The Late Mr Meldrum of Dechmont

In our obituary last week, we had to record the death of Mr Edward Meldrum of Dechmont, Linlithgowshire, a gentleman whose name deserves honourable mention in connection with the development of an important branch of modern industry. Commencing life, if we mistake not, as a chemist in Kirkcaldy, Mr Meldrum was led, more than a quarter of a century ago, to join Mr James Young, now of Kellie, in the working of a small oil spring in Derbyshire, which had been discovered by Dr Lyon Playfair. In this way the two men became the pioneers of the shale oil trade, which has since grown to such surprising dimensions. The Derbyshire spring, in their hands, turned out so valuable that when at length it threatened to run dry they found it worth while to manufacture oil of a similar character from cannel coal. By and by it was discovered that the product in question could be obtained from shale, and forthwith the trade, which had been by the time established at Bathgate, assumed an extent corresponding to the abundance and cheapness of the raw material.

For many years Mr Meldrum, whose chemical knowledge had been of great value in carrying out the new manufacture, continued as a partner with Mr James Young, in the well-known Bathgate Oil and Paraffin works. He retired, however, from the firm about fourteen years ago, before its conversion into a limited company.

In 1866 he joined with Mr P McLagan MP, and Mr George Simpson, Benhar Colliery, in establishing the Uphall Mineral Works; and when, in the spring of 1871, this concern was also transferred to a limited company, he continued to hold a large share of the stock, and has ever since, as director, taken an active interest in the undertaking. Mr Meldrum was also, we believe, a director in the Benhar Coal Company.

About ten years ago he acquired the Dechmont property, and replaced the old house with a handsome mansion, which has latterly been his place of residence. He was a Deputy Lieutenant and Justice of the Peace for Linlithgowshire, and bore his due share in the public business of the county. As a landlord he was kind and liberal, and as a county gentleman he gained general respect and esteem in the neighbourhood with which he was connected. Mr Meldrum suffered for some time under a painful internal disease, but so recently as three weeks ago he was in Edinburgh attending his ordinary business engagements. He has been cut off at the comparatively early age of fifty-five leaving a widow and four children.

A bust of the late Mr E. Meldrum in white marble, executed by Mr Wm. Brodie, R.S.A., Edinburgh, was yesterday fixed in its place in the Burgh Commissioners' Room, Bathgate. A number of the intimate friends of Mr Meldrum were present and pronounced it an excellent likeness. As formerly stated the bust is presented to the burgh by Mr Young of Kelly.