Date of death:
28/06/1967
Place(s) of work:
Deans No.5 mine Duddingston No.3 mine & quarry Hopetoun No.4 mine Hopetoun No.35 pit Newliston No.29 mine Philpstoun No. 6 (Whitequarries) mine Niddry Castle Oil Works
Home address(es): 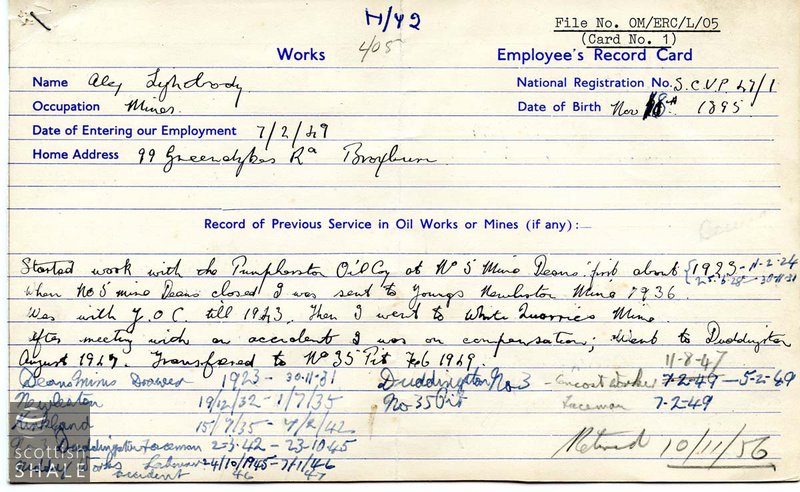 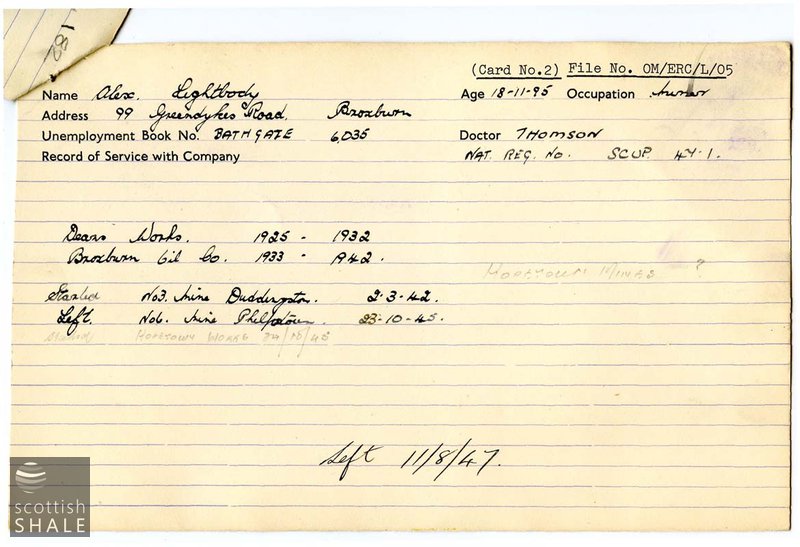 LAY PREACHER - Mr Alexander Lighbody, the well known lay preachers at Broxburn Apostolic Church and also at numerous churches throughout central Scotland and even further afield, died very suddenly last week. On his was to attend the funeral of a cousin, he collapsed and died in Broxburn Main Street. Aged 71 years and a retired shale-worker, he resided at 4 Aitken Orr Drive, Broxburn. For many years he lived at Greendykes Road whose residents held him in high regard and many were wont to seek his guidance and advice. Blackridge-born he was wounded in the first world war. in the second war, he was prominent in the Home Guard, holding the rank of Lieutenant. In recent years, he had worked as an attendant at Buchan Park Bowling Club. Throughout the years his man outside interest was in lay-preaching. The many who heard him will remember him as a fine preacher and a man who set a high personal example. He is survived by his wife and family of four sons.