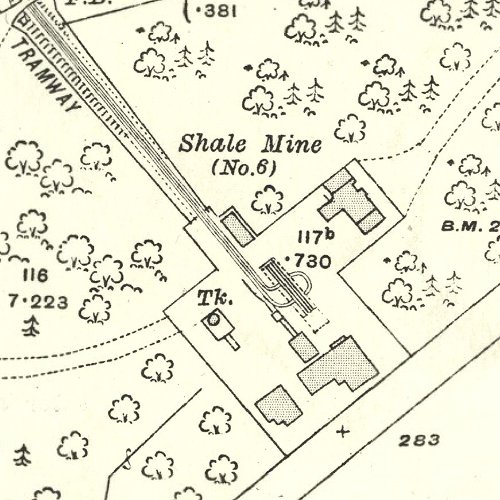 James Ross & Company's showcase mine, set in a secluded wooded area of the Hopetoun Estate, and equipped with elegant office buildings. Abandoned on closure of Philpstoun Oil Works, the mine was reconstructed in 1940 in association with the development of a new Philpstoun No. 1 Mine, shale from both mines being transported to Niddry Castle Crude Oil Works by electric tramway. The mine continued in production until the end of the shale industry. 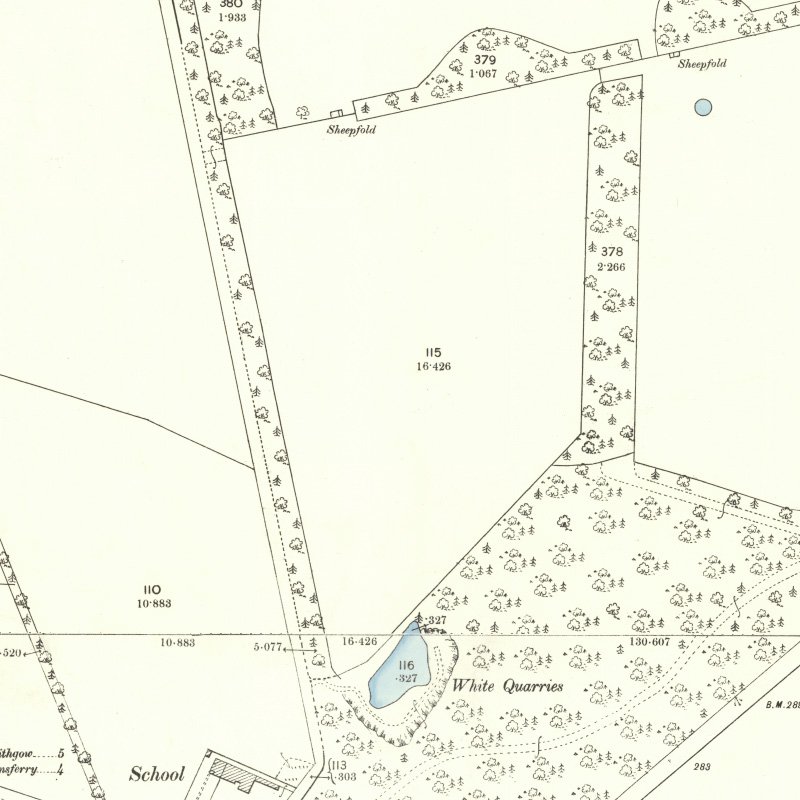 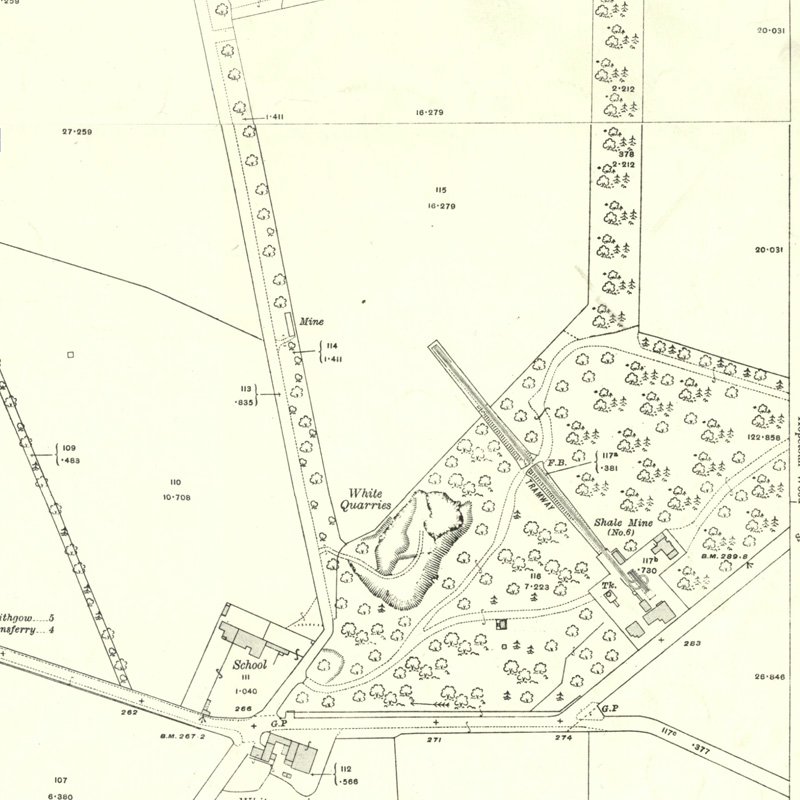 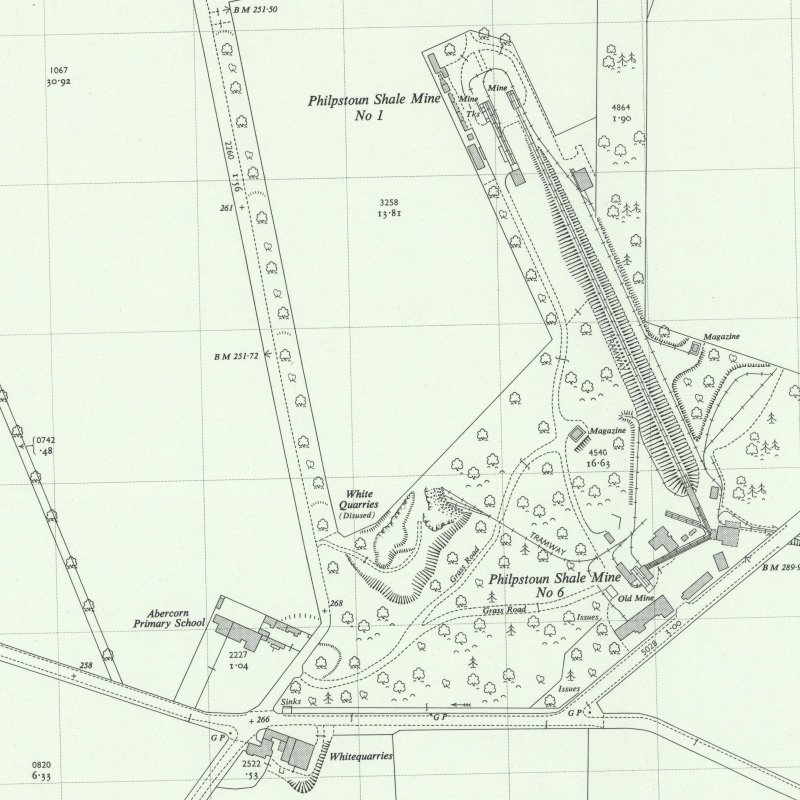 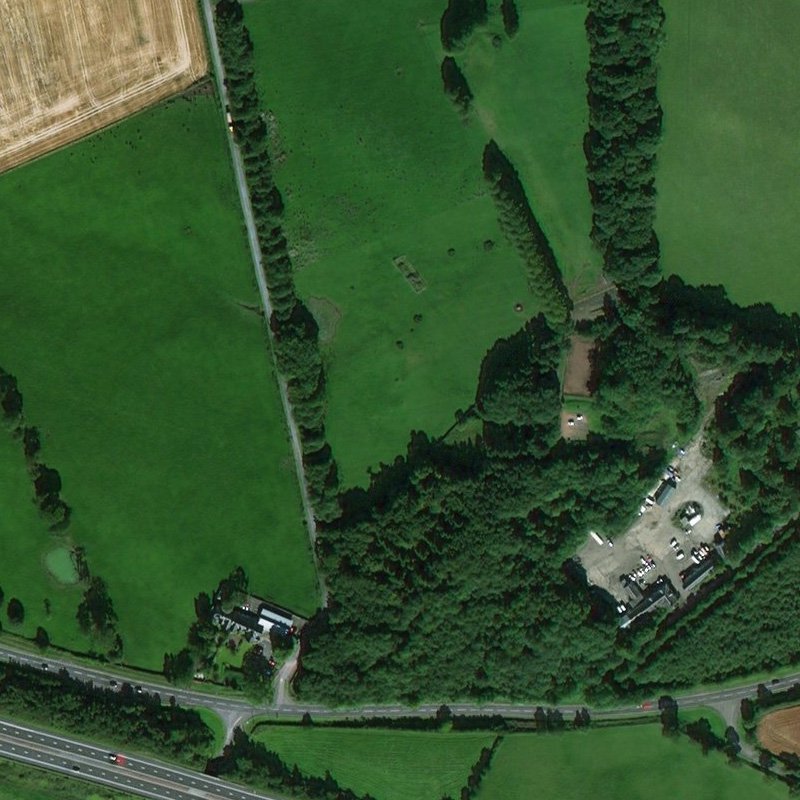 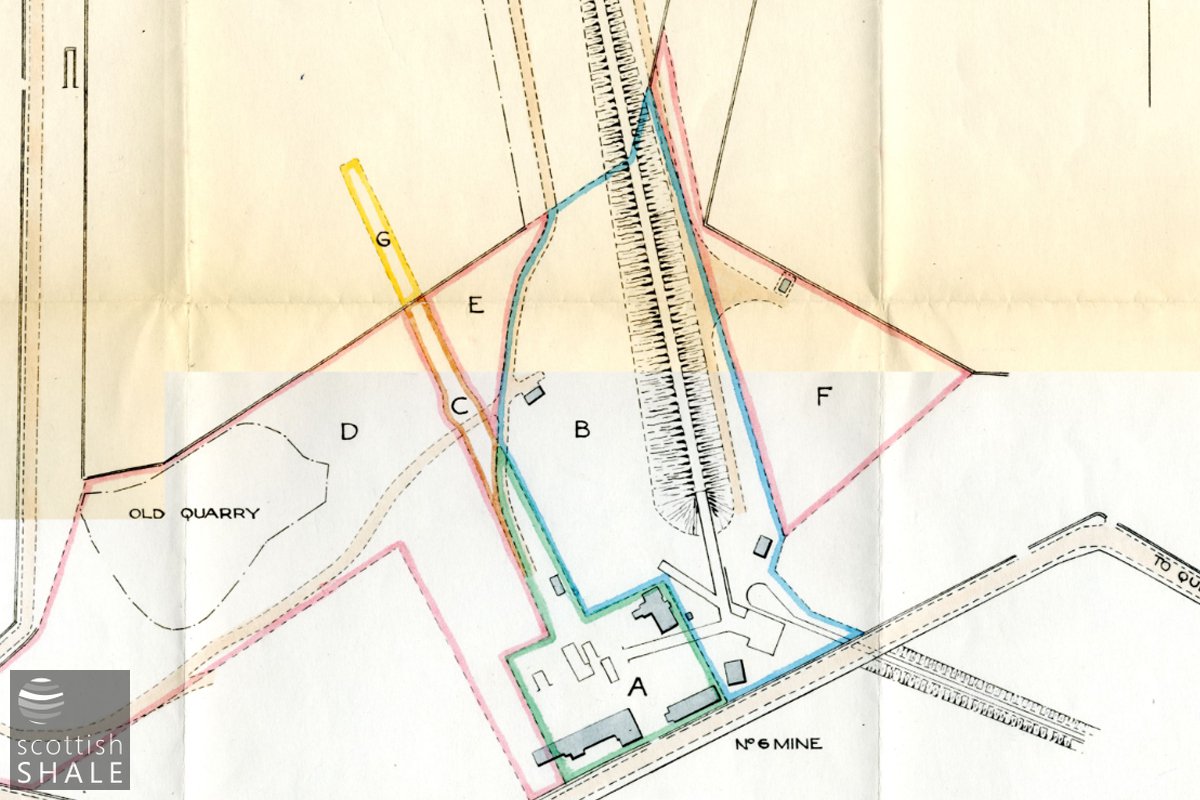 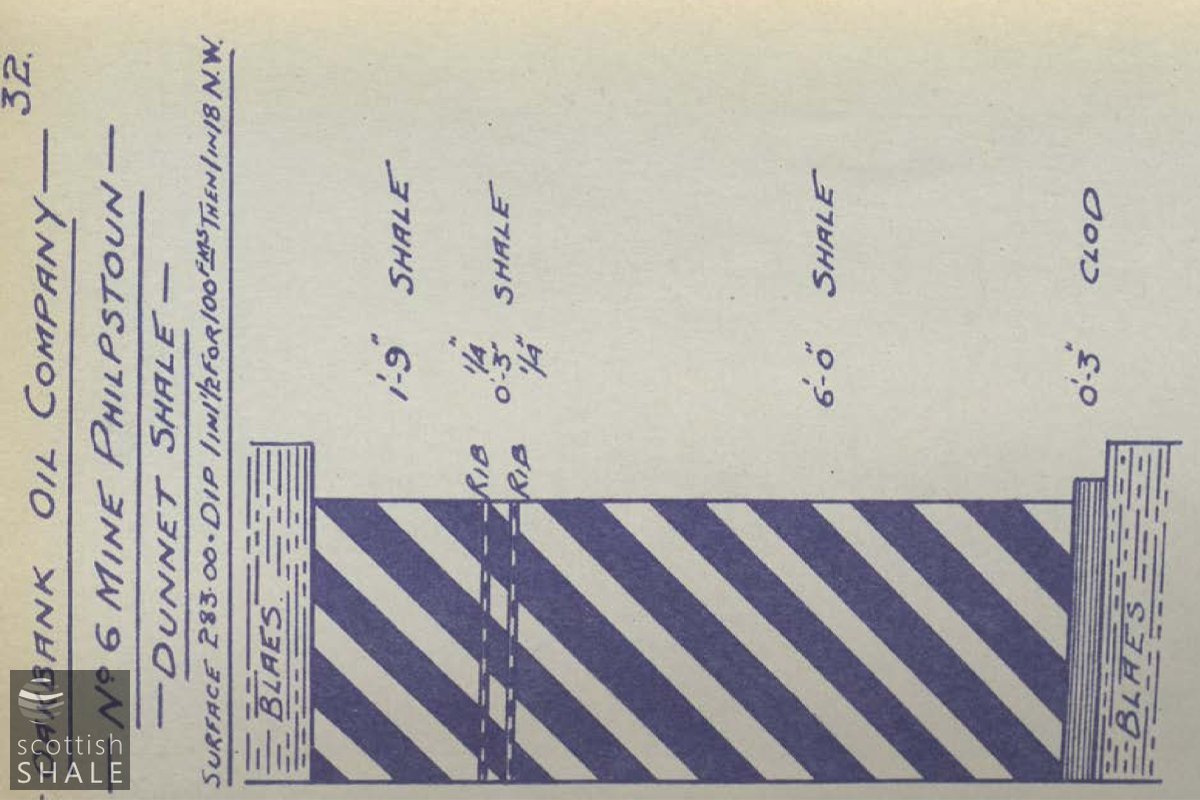 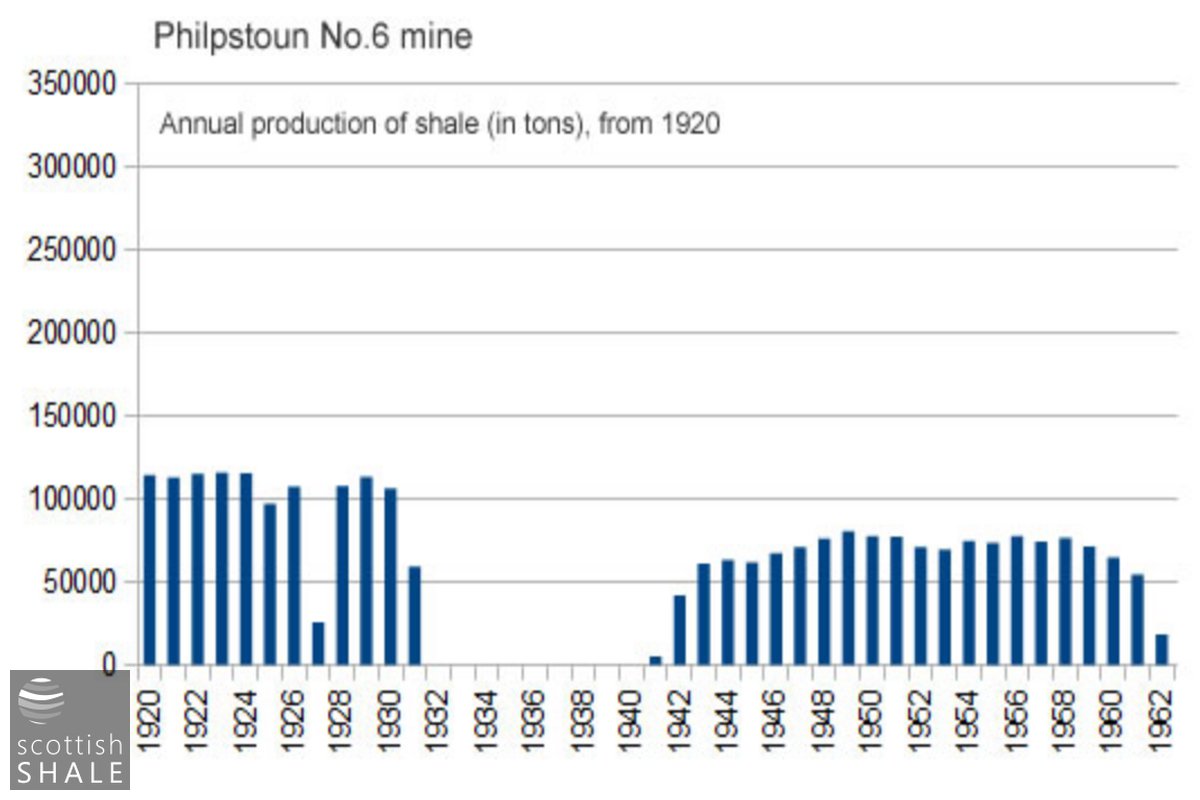 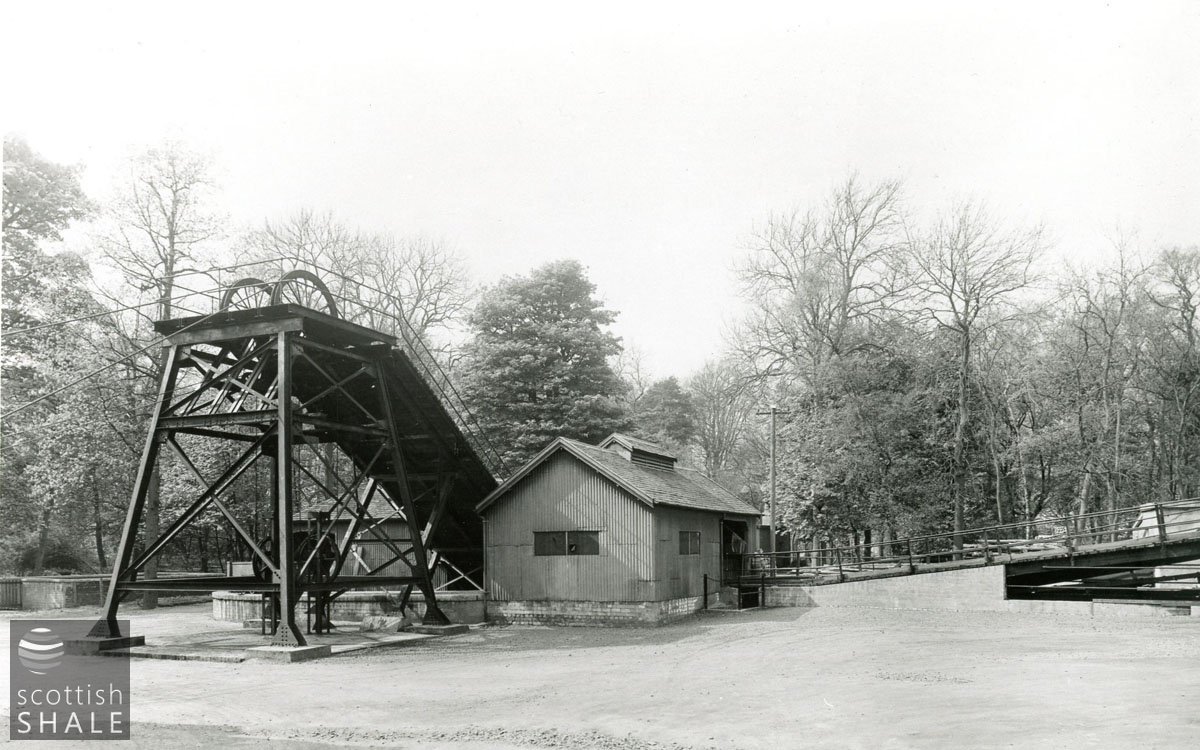 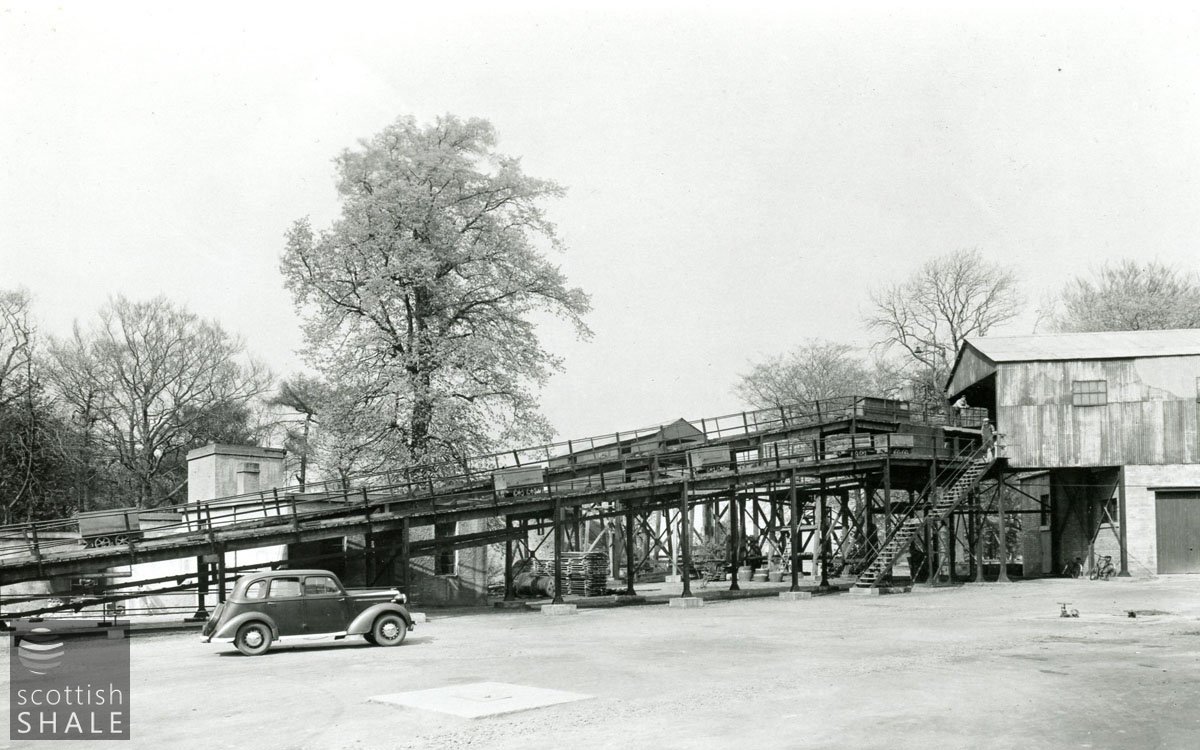 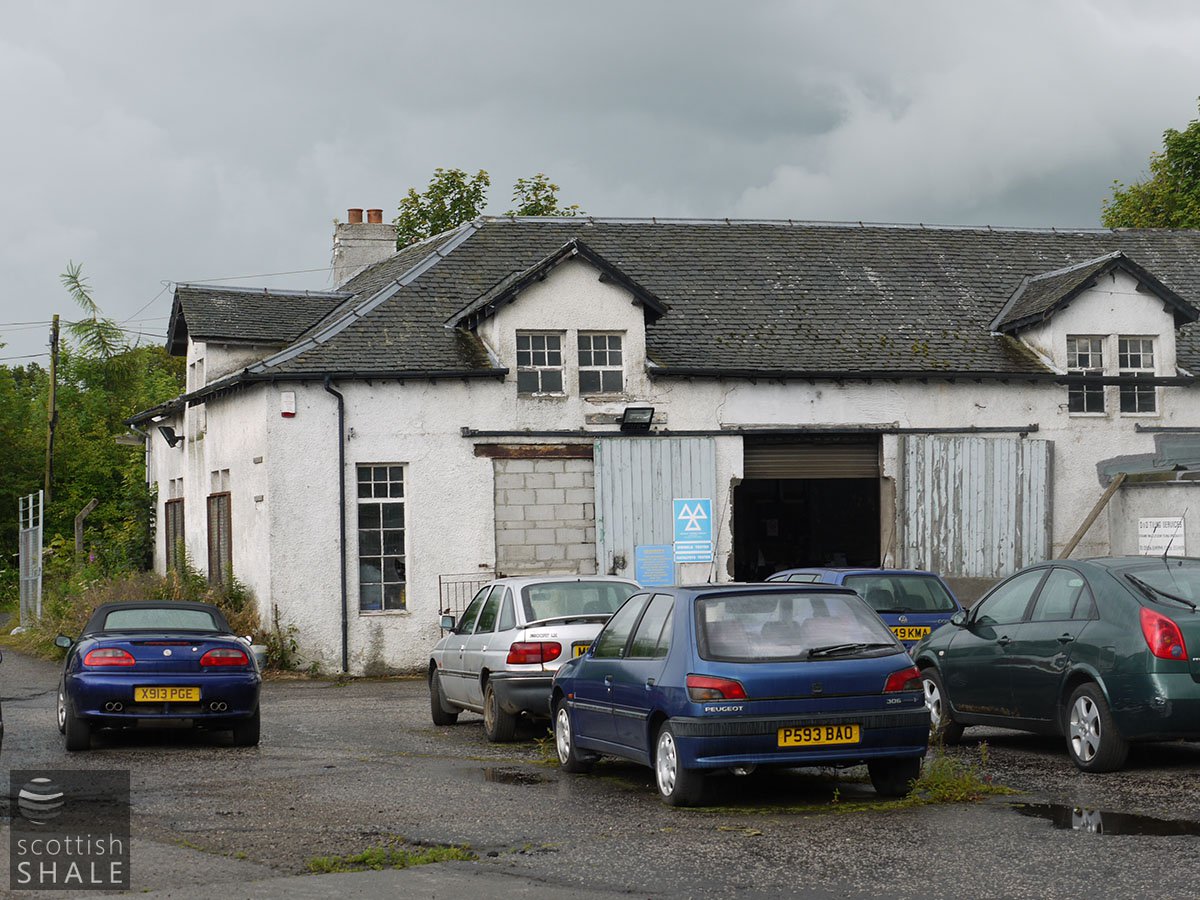 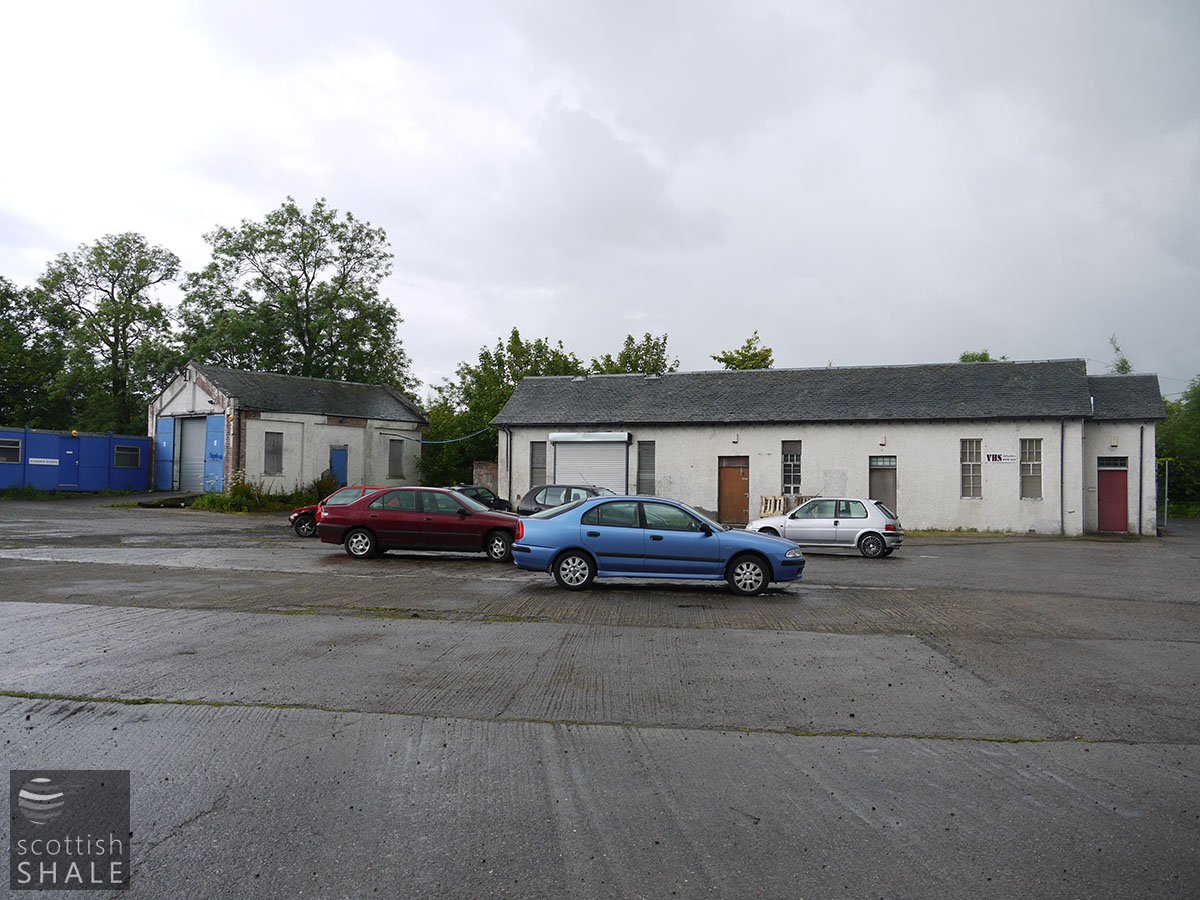 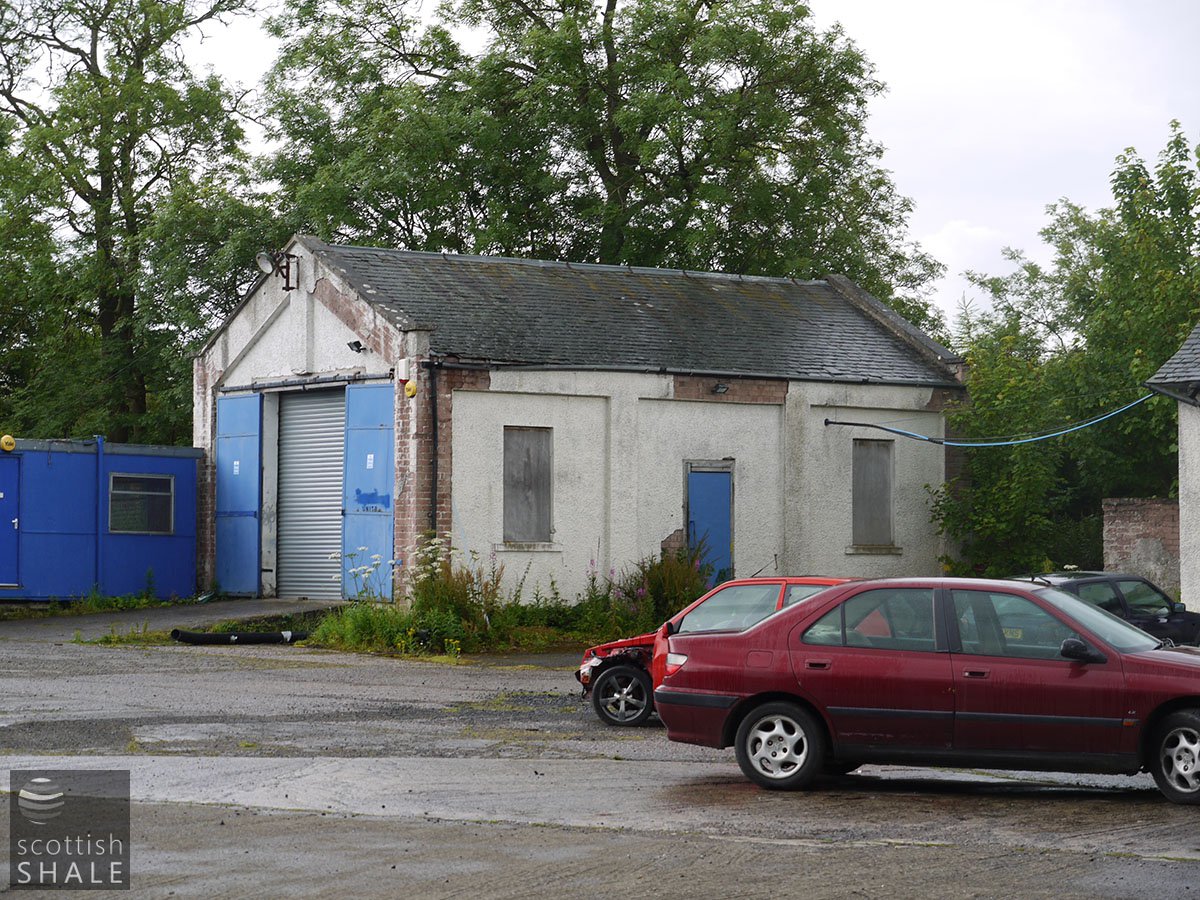 Former haulage engine house for No. 1 Mine. Looking south. May 2012.

A SHEEP WITHOUT FOOD OR DRINK FOR EIGHT DAYS.

A two-year-old cross-bred sheep, belonging to Mr D. Allison, farmer, Duddingston, on the Hopetoun estate, West Lothian, was discovered in a hole caused by a fall in of the workings of a shale mine on the farm of Whitequarries. The sheep, which had strayed from a neighbouring field, had been missing for eight days. The hole, which was just sufficiently large to accommodate the sheep, was fully six feet in depth, and there it had lain without food or drink. Otherwise it was unhurt, and on being rescued it seemed none the worse for its long ordeal.

VISIT TO THE SHALE MINES OF PHILPSTOUN.

A typical example of the industry is to be had at the mines and works of Messrs. James Ross & Co., Philpstoun, which were yesterday visited by a large party of members of the Scottish Motor Trade Association, with Mr. D.A. Fairley, the Secretary of the Association as organiser. Under the direction of A.H. Crichton, the Managing Director, and Mr. Robert Crichton, his son, the company was able to study at first hand the evolution of "Ross Petrol" from the shale face, hundreds of fathoms deep, right to the finished product sealed in the two gallon flask.

There are three mines active on the Philpstoun property, giving regular employment of 700 workmen, and the visitors were privileged to descent No.6 Mine at White Quarries where they were enabled to gain an insight into the workings underground. While generally speaking, the conditions in the shale mine are almost identical with those prevailing in a coal mine, there are certain notable differences to be observed. One was the very aspect of the pithead. By virtue of the electric haulage which obtains throughout this mine, the amenity had been preserved to a degree that was surprising to the visitors. Great electrical winders of 100hp and 350 hp convey the shale to the surface, and one feature which made for an agreeable descent to the pit bottom was the fact that the shaft was not of the sheer perpendicular type common in coal mines, but was cut on a gradient, resembling nothing so much in design, if not in actual comfort, as a "scenic railway". Armed with miner's lamps, the party proceeded to explore the workings, making their way to the face where they were given an exhibition of the electrical drilling of the shale which takes place prior to the blasting. The conditions underground were very pleasant. There was little water, the cutting was high and wide, and the air supply freshened by a huge electric sirocco fan at the top, inducing as much as 70,000 cubic feet of air per minute, was remarkably pure.

We have had unusual trouble with water in No.6 mine, which has necessitated our putting in another pump March 1924).