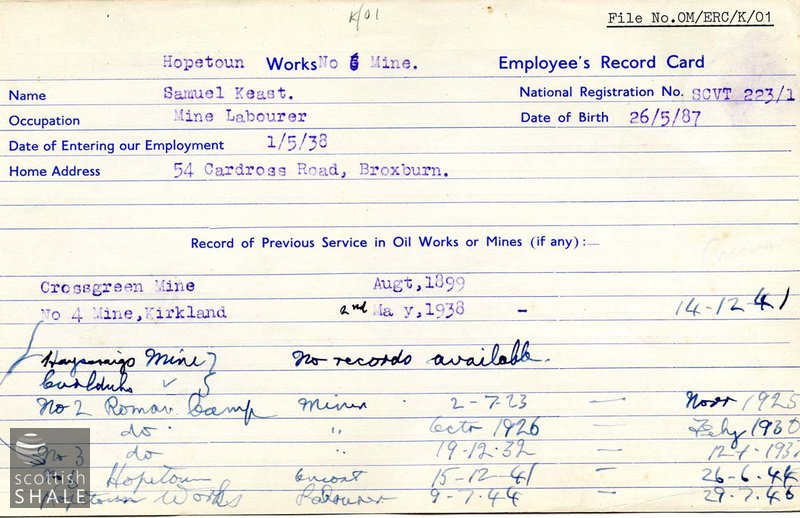 Mr Samuel F. Keast, 54 Cardross Road, passed away in Bangour Hospital on Friday last. A native of the town, he was well-known and highly esteemed in the community, and in his youth was a well-known footballer. At one time he was quoiting champion of West Lothian. Seventy-three years of age, he was formerly a shale miner, and is survived by his wife (who was for half a century a school teacher) and his grown-up family of three daughters and two sons.