Roman Camp (north) No.2 mine 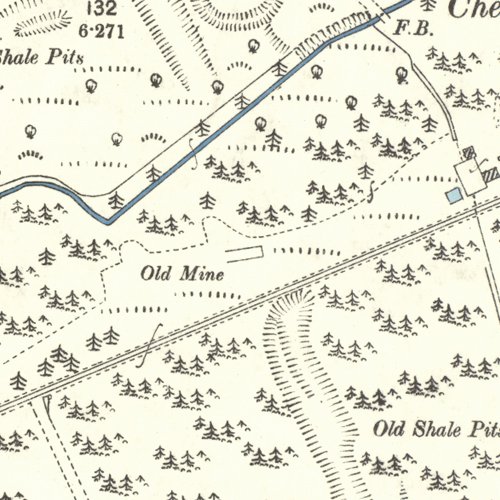 Roman Camp No. 2 Mine is listed as abandoned in 1893; the year that the Broxburn Oil Company's new Roman Camp Oil Works came into full production. It might be assumed that the mine had been in operation for some time previously; perhaps supplying shale to Broxburn Oil Works? The 1896 OS map shows an "old mine" on the site of Roman Camp No. 2 (North), with a structure suggesting an eastward-facing adit, in line with the outcrop of the Pumpherston Shales.

Both the 1896 and 1916 maps show pithead structures labelled (in 1896) " Cawburn Shale Mine". It is unclear whether this pit was associated with the workings of Roman Camp No. 2 Mine.

The site was subsequently redeveloped for the construction of Roman Camp No. 6 Mine.

Mapped by the Ordnance Survey of c.1897 showing "old mine" on the site Roman Camp No. 2 (North) Mine, and an adjacent "Cawburn Shale Mine", apparently in operation. 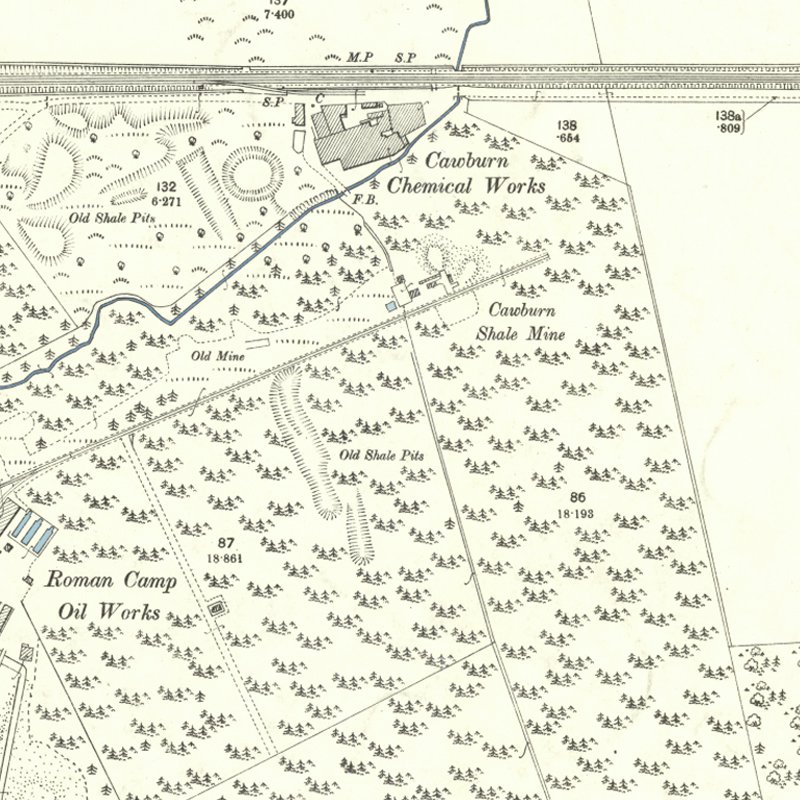 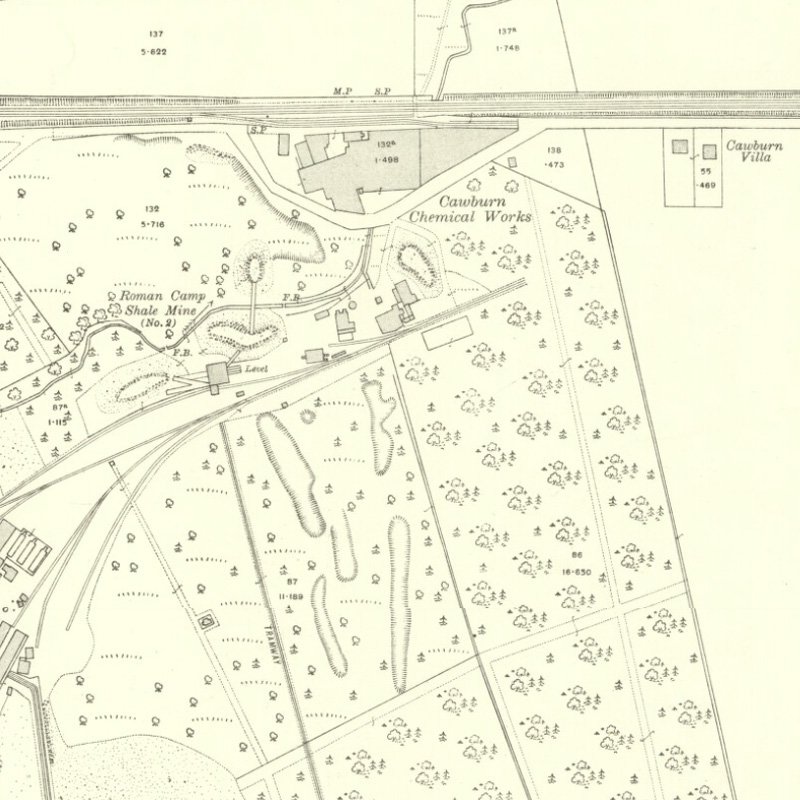 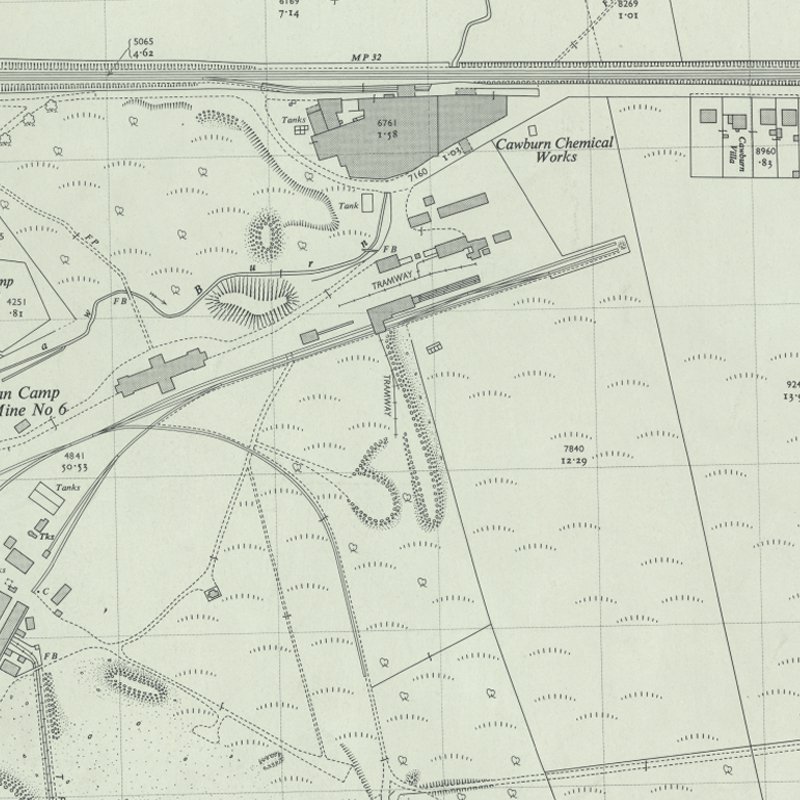 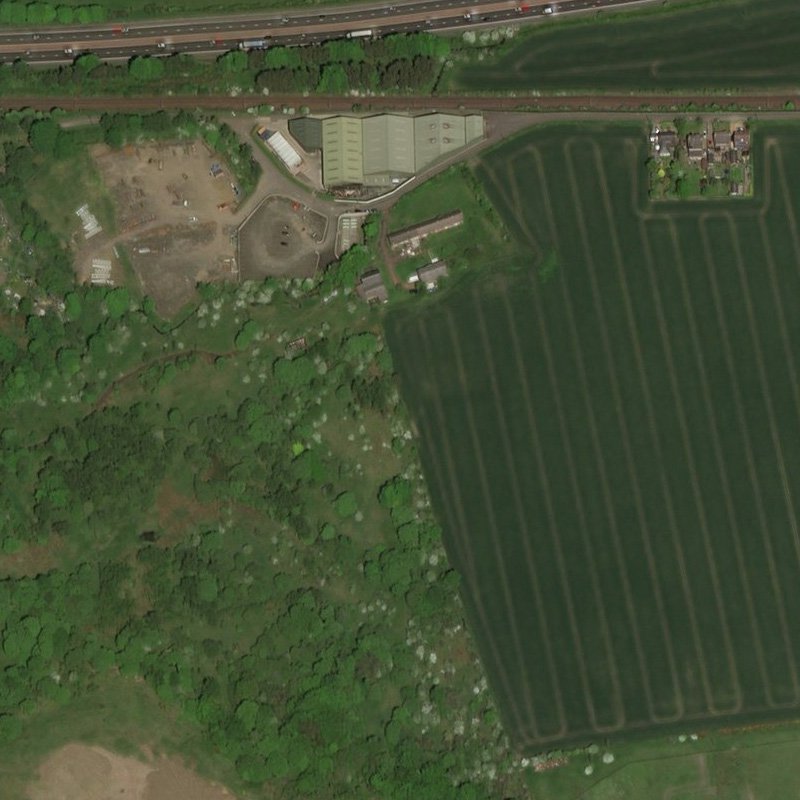 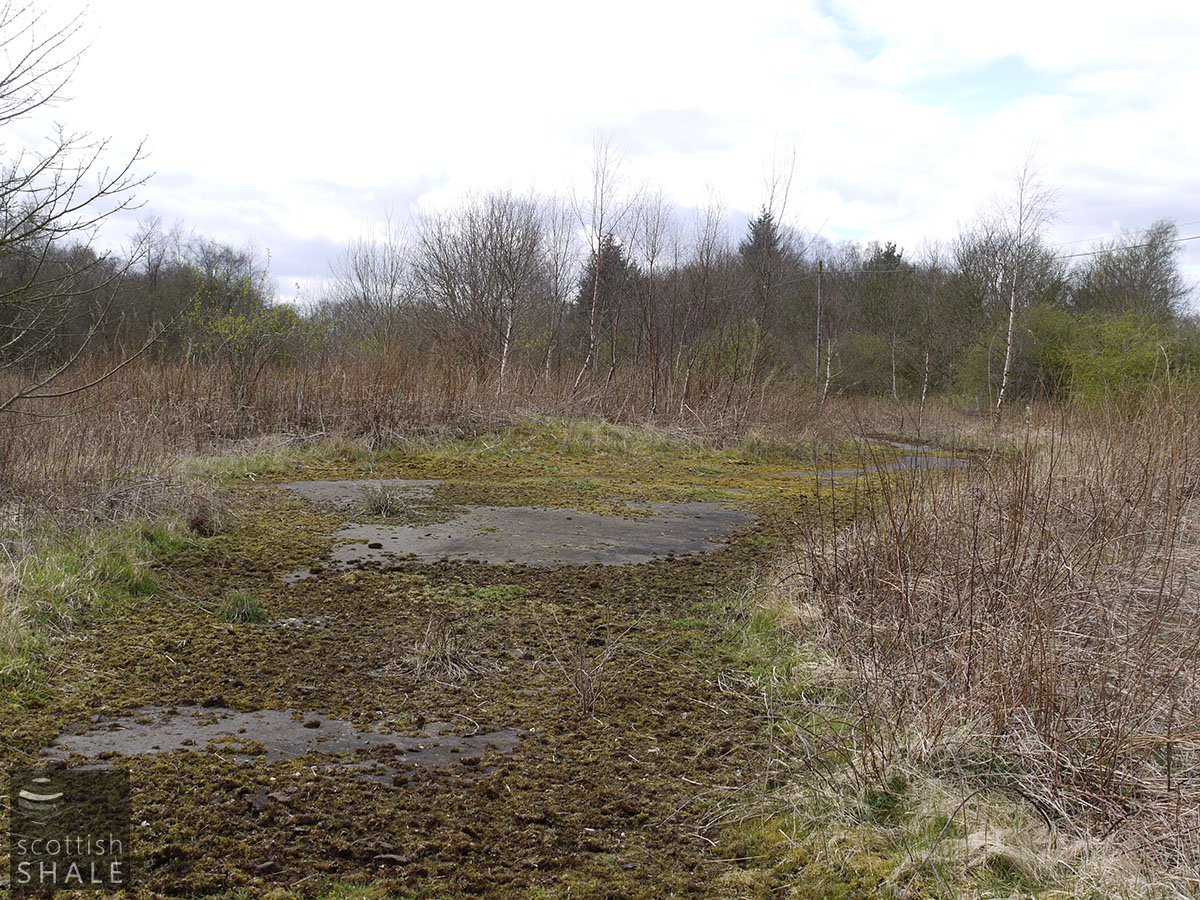 Tarmac road which formerly linked Roman Camp Oil Works with No. 6 Mine. The site of Roman Camp No. 2 (North) Mine probably lies in the foreground beneath the hard surface. Looking west. March 2012. 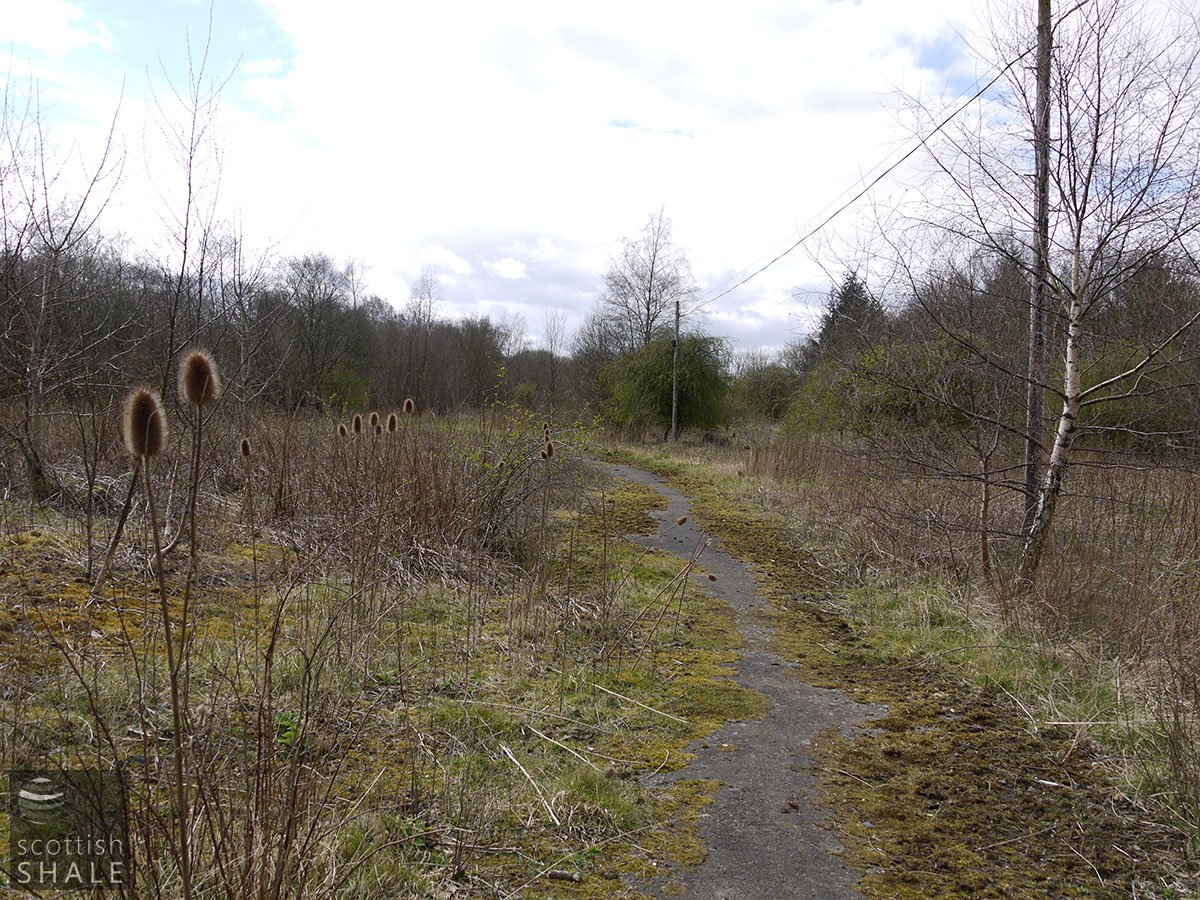 The No.2 Roman Camp mine, owned by the Broxburn Oil Company, in which an outbreak of fire occurred about three weeks ago, is still closed down. Practically all the men have found employment, however, in other mines belonging to the company. The management are hopeful that they will be able to enter the mine in the course of a week or so.