Built by the Clippens Oil Company to serve their Pentland Paraffin Oil Works, constructed c.1880. Arranged in one line of five two-storey blocks and a parallel row of three two-storey blocks. Each block had eight two-room homes on each level. The 1894 O.S. maps shows external stairs and a number of smaller buildings between blocks, and at the end of rows. These small buildings had disappeared by the 1907 survey. The adjacent oil works and refinery closed c.1898, and much of the workforce moved away. In a valuation court appeal hearing (reported in Glasgow Herald of 14th September 1899) it was reported that of the 344 workman's houses owned by the company at Pentland and Straiton, 280 were unoccupied). 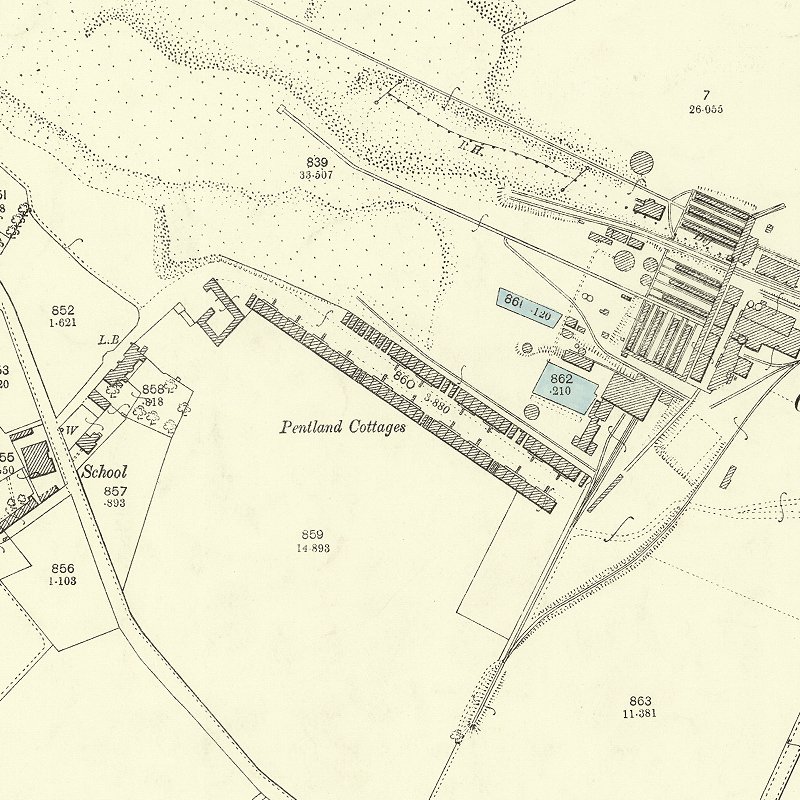 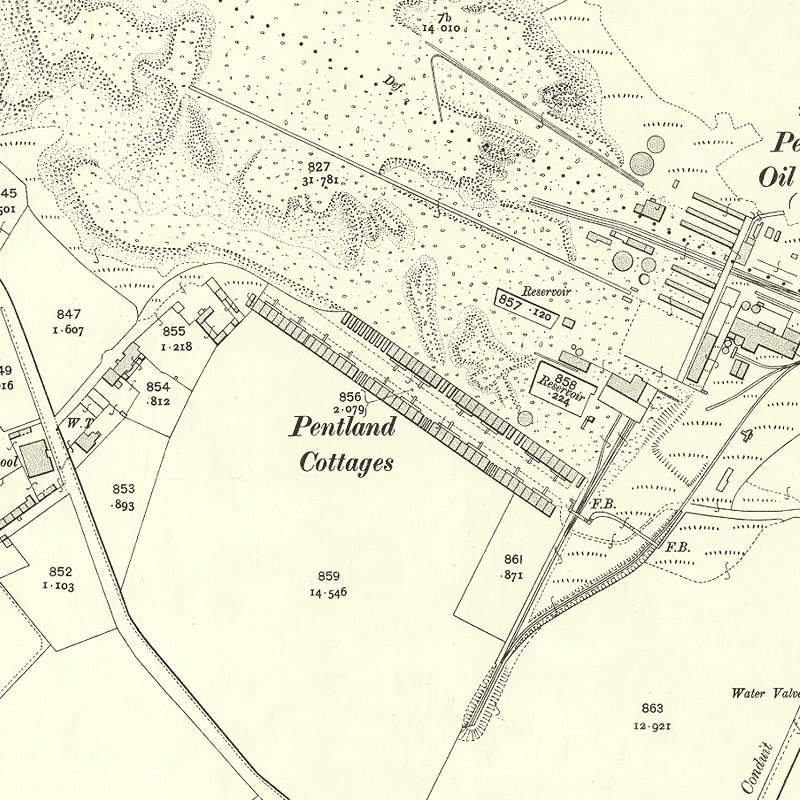 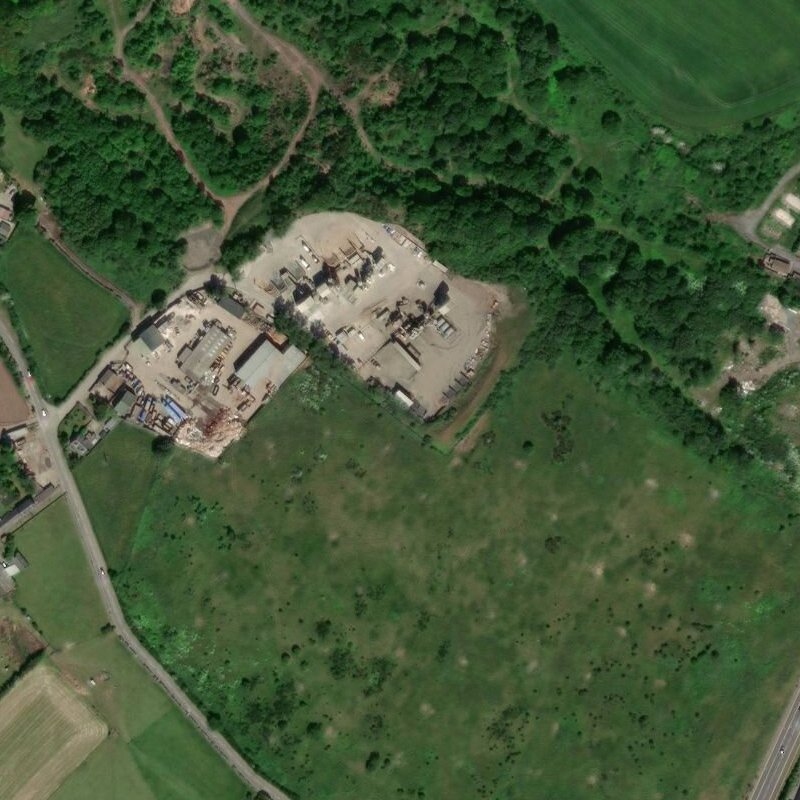 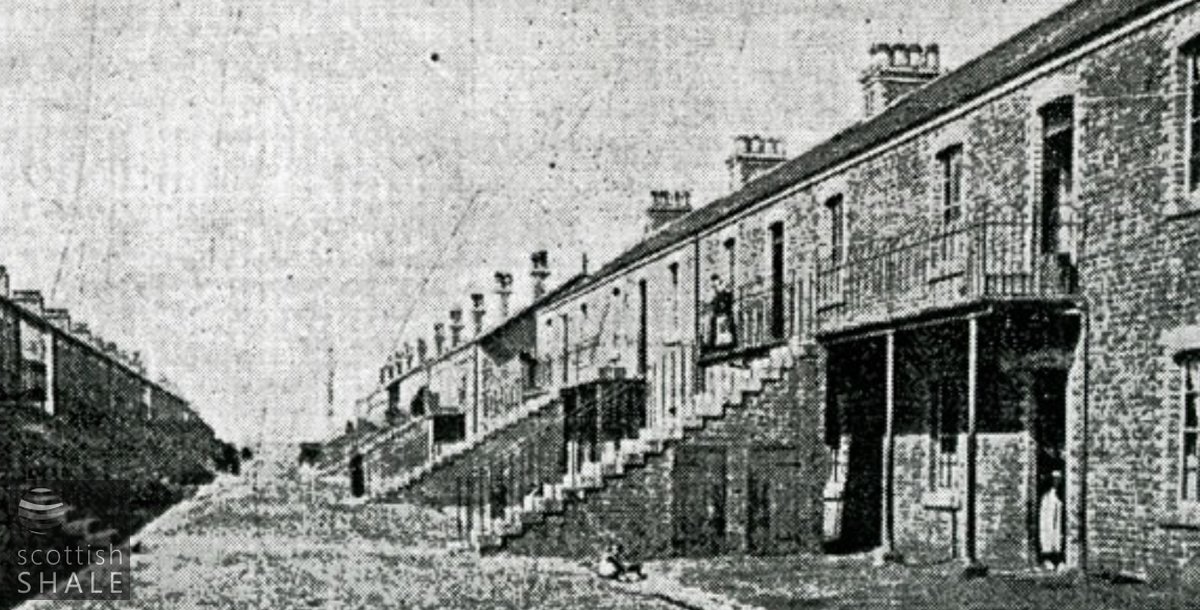 Image entitled "Clippens Oil Co 2-storey Rows near Loanhead in 1895" which appears to show Pentland Rows. From "Shale Oil Scotland" 2nd edition by David Kerr, 1999. Credited in that publication to the British Library; the original source is not known. 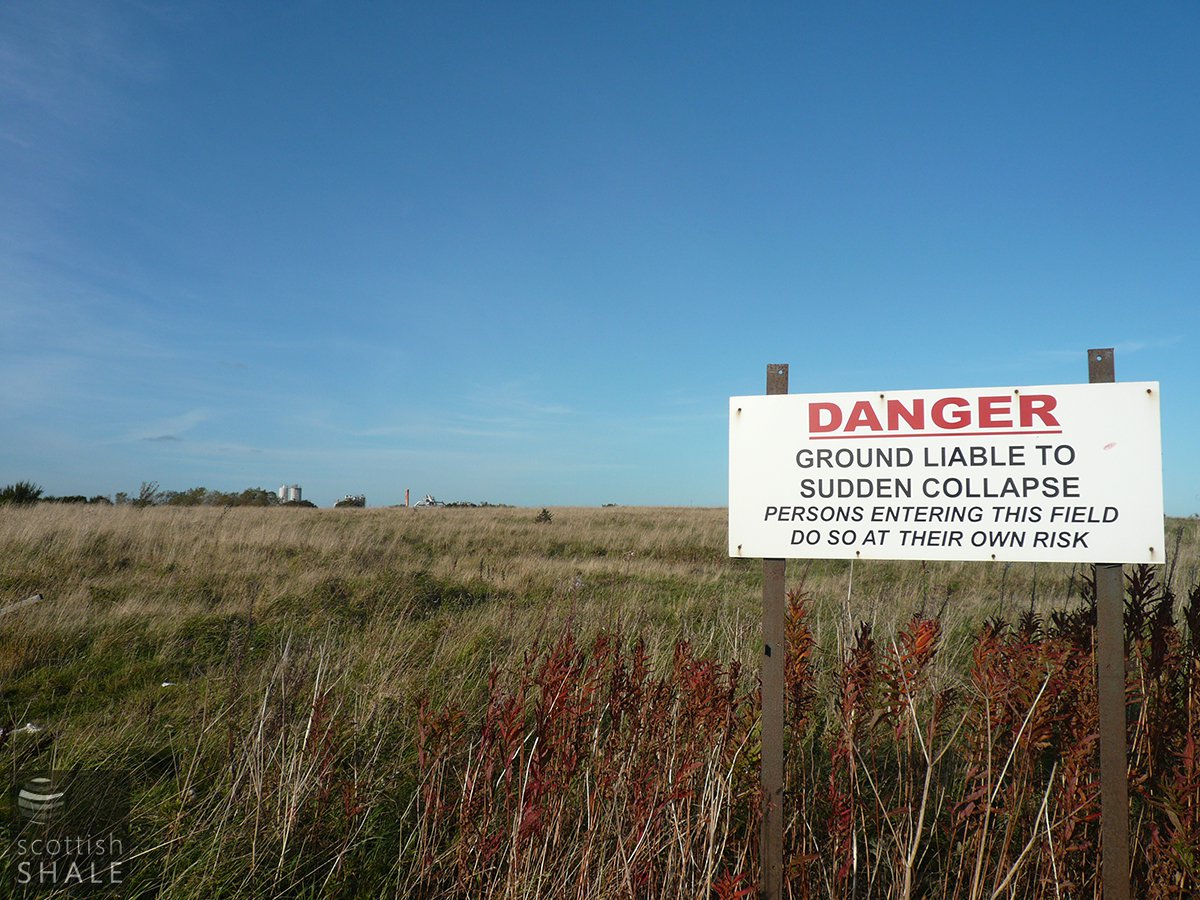 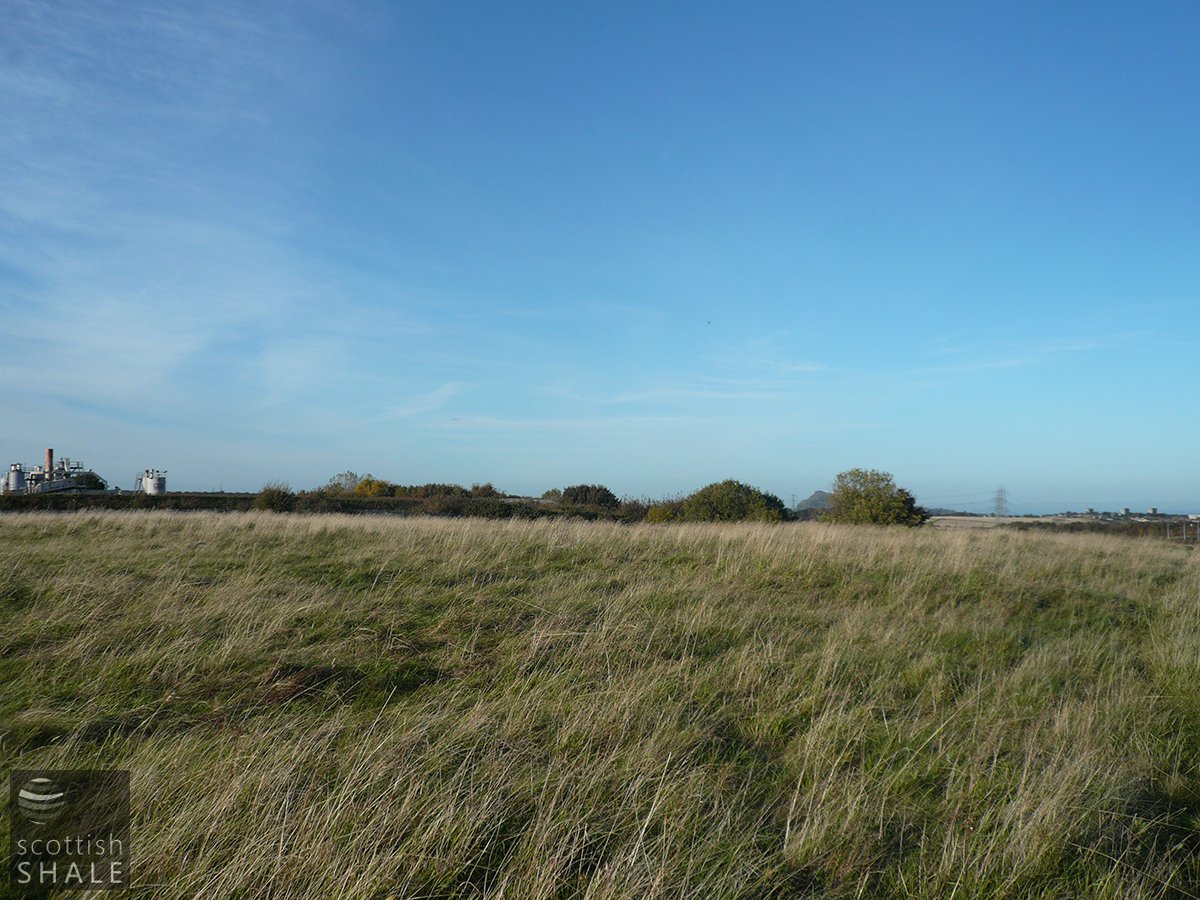