A substantial village constructed to serve the Oakbank Oil Works.

Conditions were described in evidence presented to the Royal Commission on housing conditions in 1914:

Oakbank Village lies to the south of Mid Calder, about one mile distant. There are some 165 houses in Oakbank belonging to the Oakbank Oil Company. These houses are in rows, built of brick, and consist of room and kitchen, or kitchen and attic. There are three single-apartment houses, but two of them were empty when we visited the village. All these houses have coal-cellars, and there are wash-houses for every four tenants. The water is got from stand-pipes. Ash-pipes and privies are provided. A few houses have gardens. The rental is 2s. per week, inclusive of local and county rates. The Company provide iron frames for the beds. We understand that water-closets are likely to be provided for these houses at an early date. An Institute, bowling green, and football pitch are made good use of by the workmen, for which they pay a small subscription weekly. There are 190 houses in Oakbank, and 240 in East Calder, with an approximate population of 1950 persons.

In 1868 Oakbank consisted of two two-storey blocks with six two-room homes on each level, and one single storey row of seven two-room homes. A number of temporary houses or huts also existed, presumably to house those engaged in constructing the oil works.

By 1890 one further block of two-storey houses had been built with eight homes on each level. Most housing however was of single storey back-to-back construction; in total four rows of eight and five rows of ten were built. At the north end of the village there were four rows of more conventional "through houses", each with six homes. Sculleries and attic bedrooms were subsequently fitted to many homes.

The village had a school, institute, bowling green and football pitch. 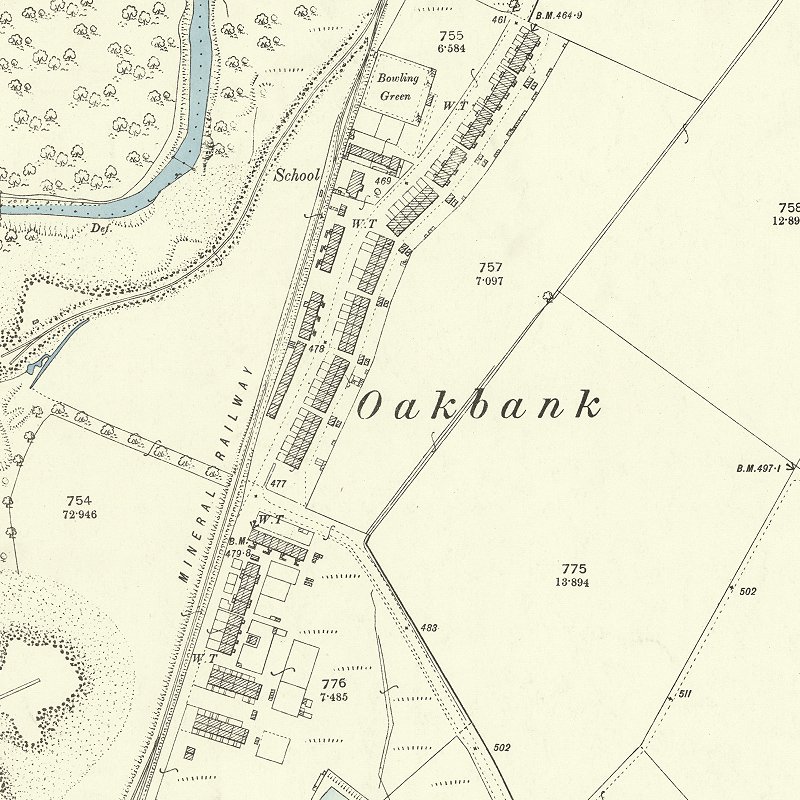 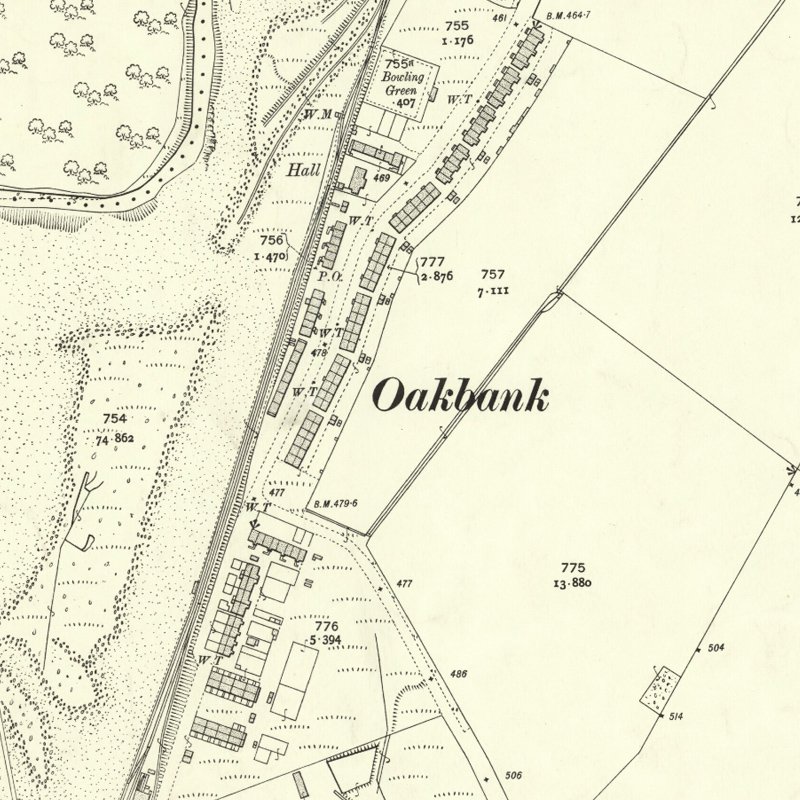 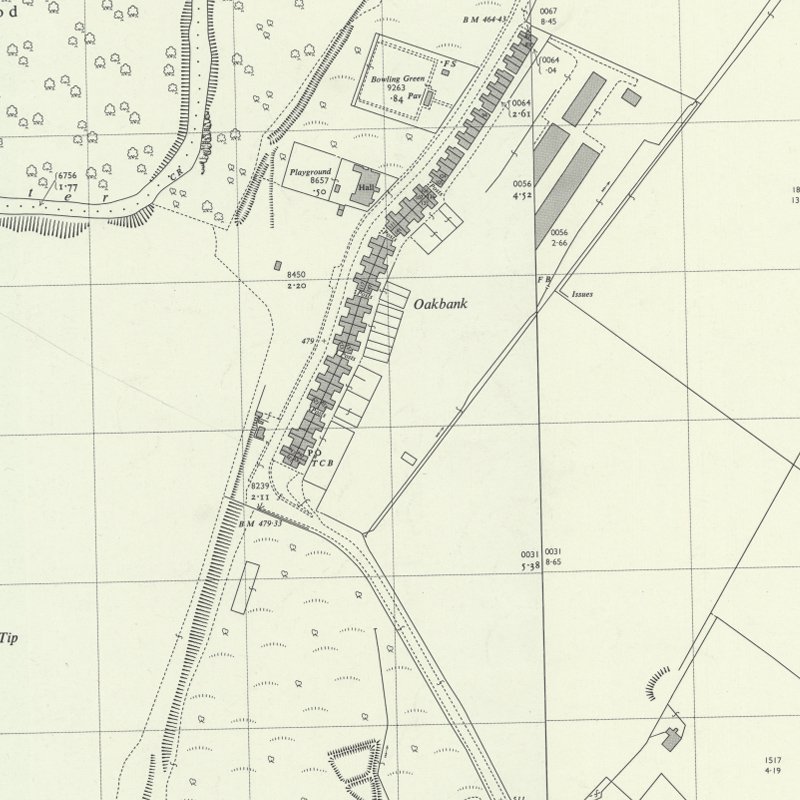 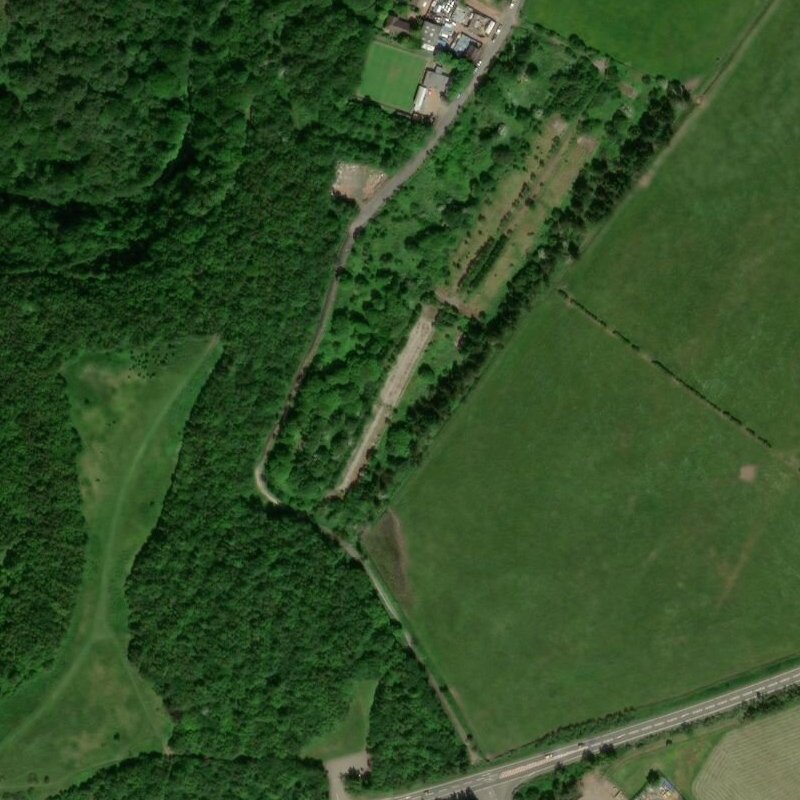 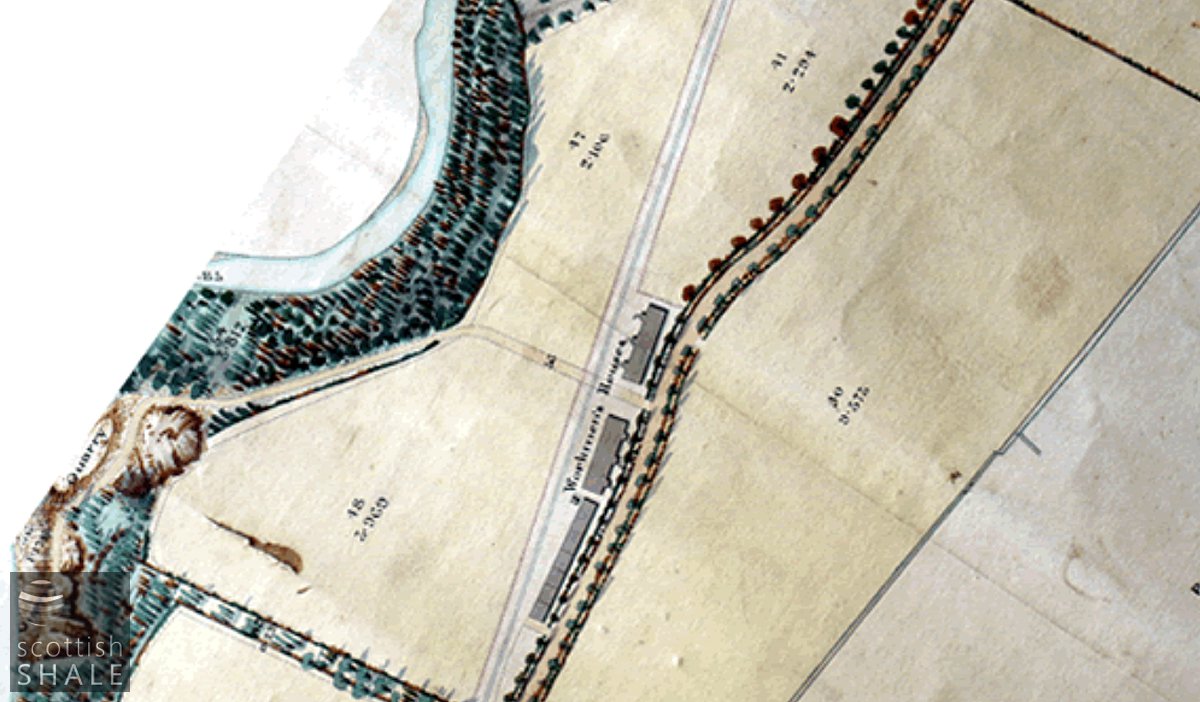 Plan of the Estate of Calderhall, 1869. Aligned and scaled to match OS maps. 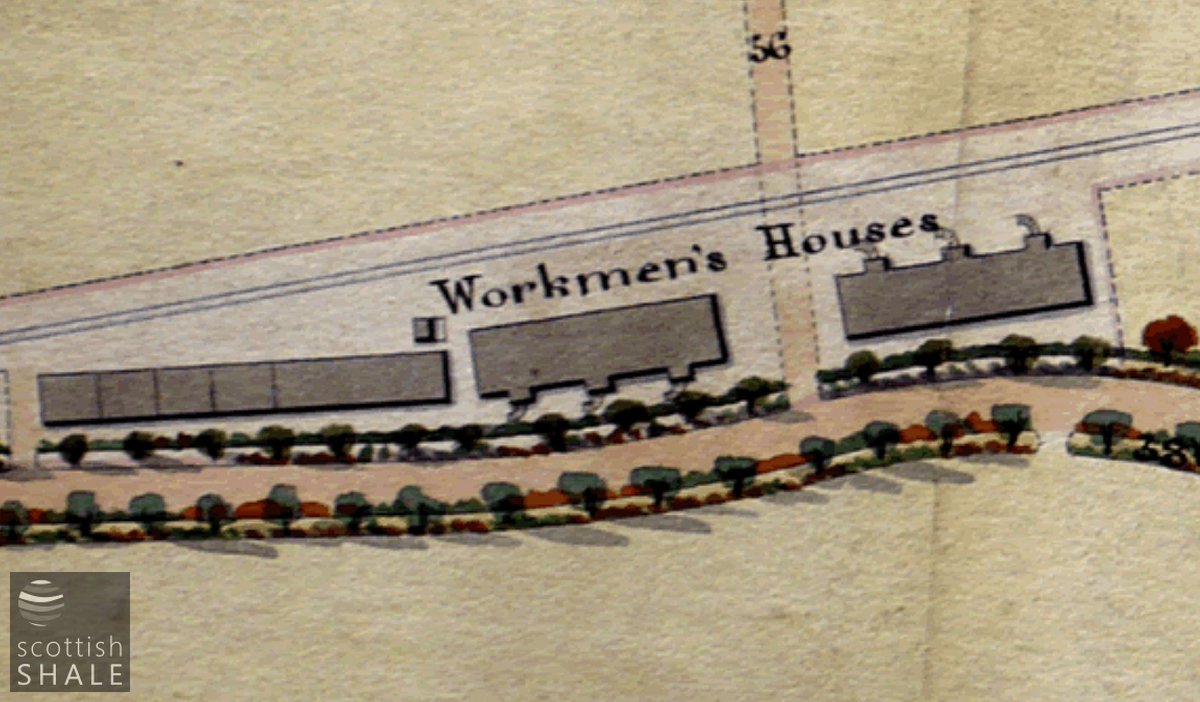 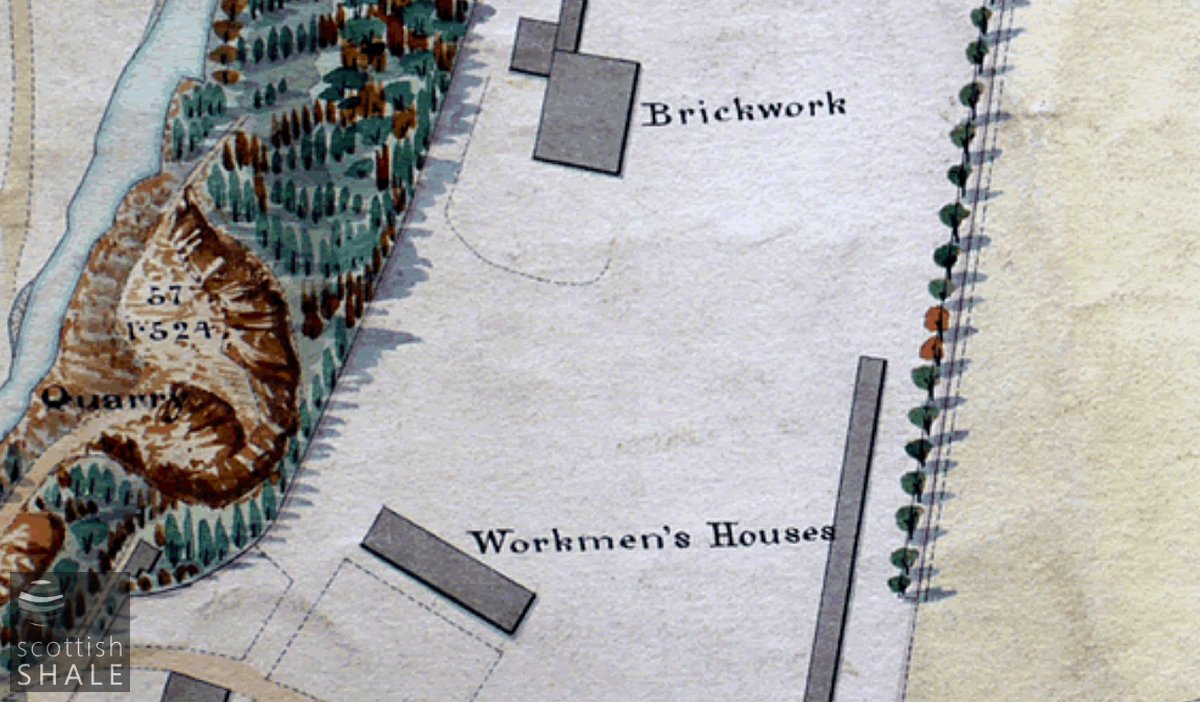 Detail of plan with workman's houses (presumably temporary huts) on a site soon submerged beneath the bing. 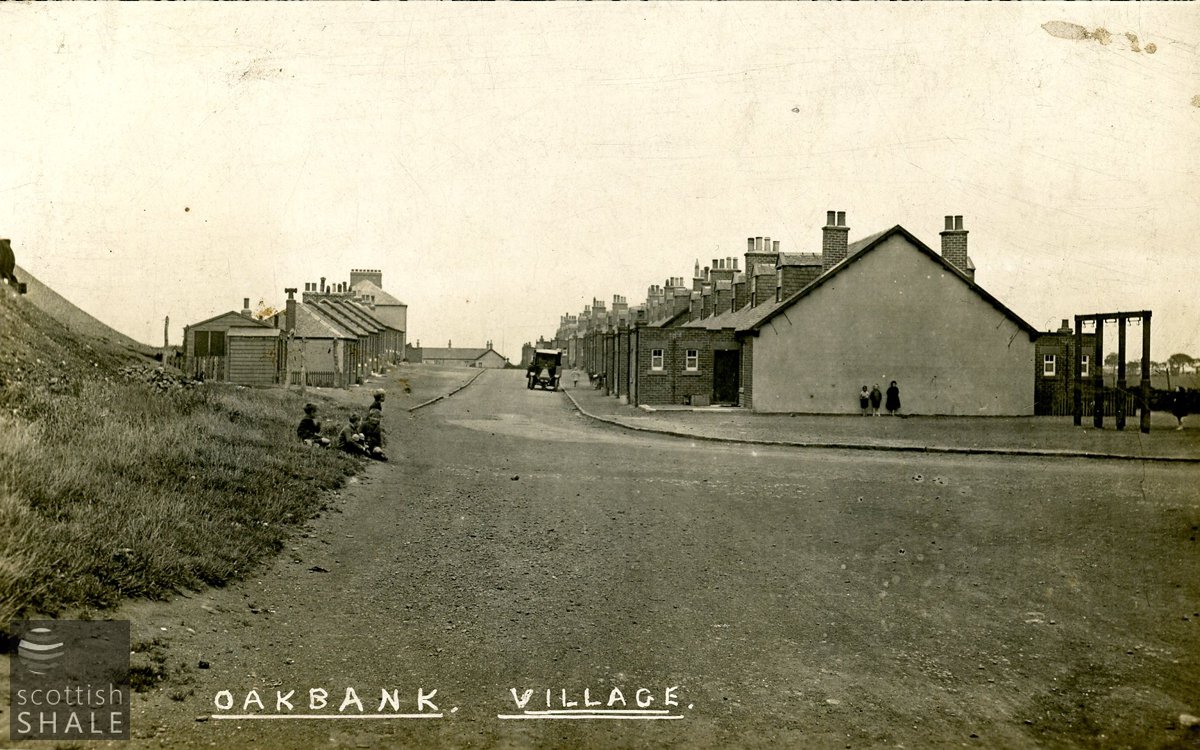 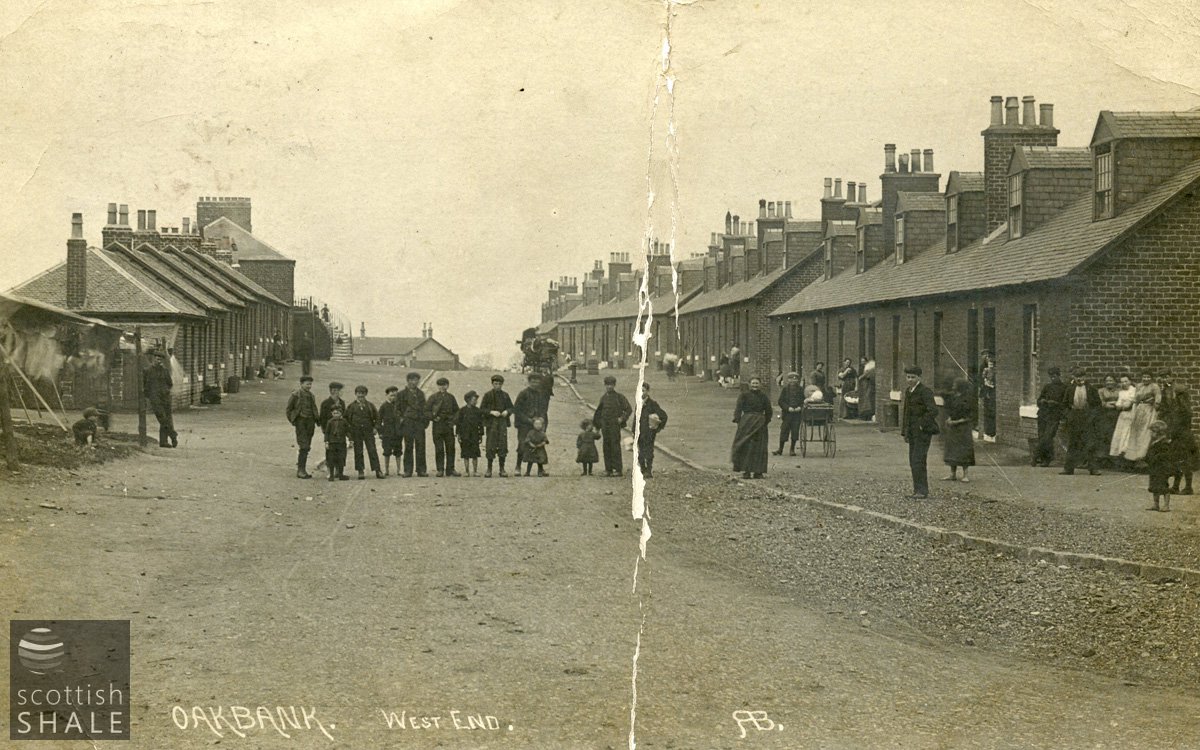 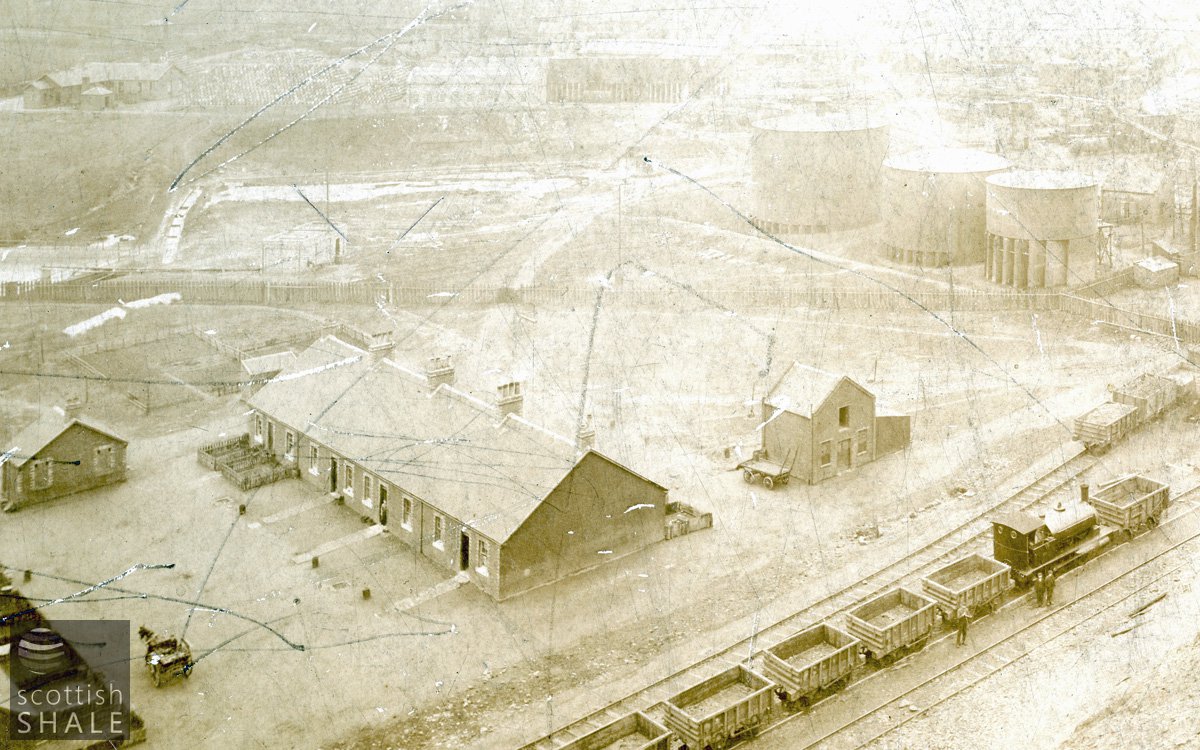 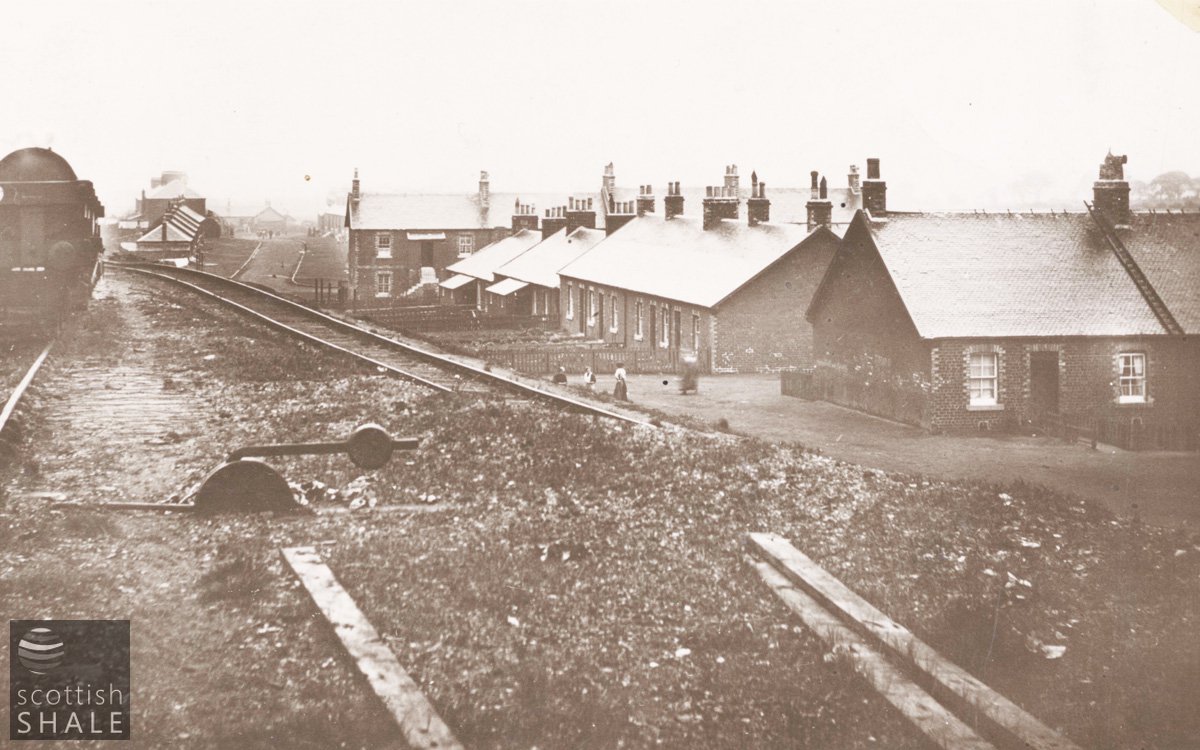 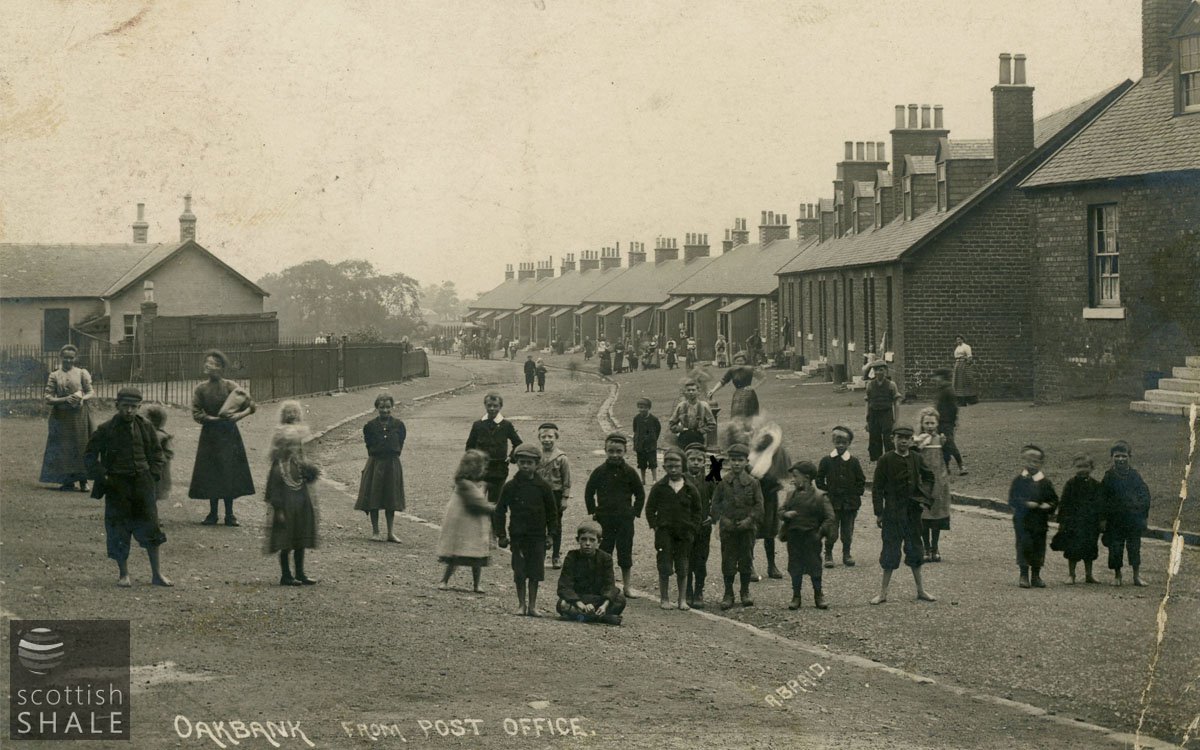 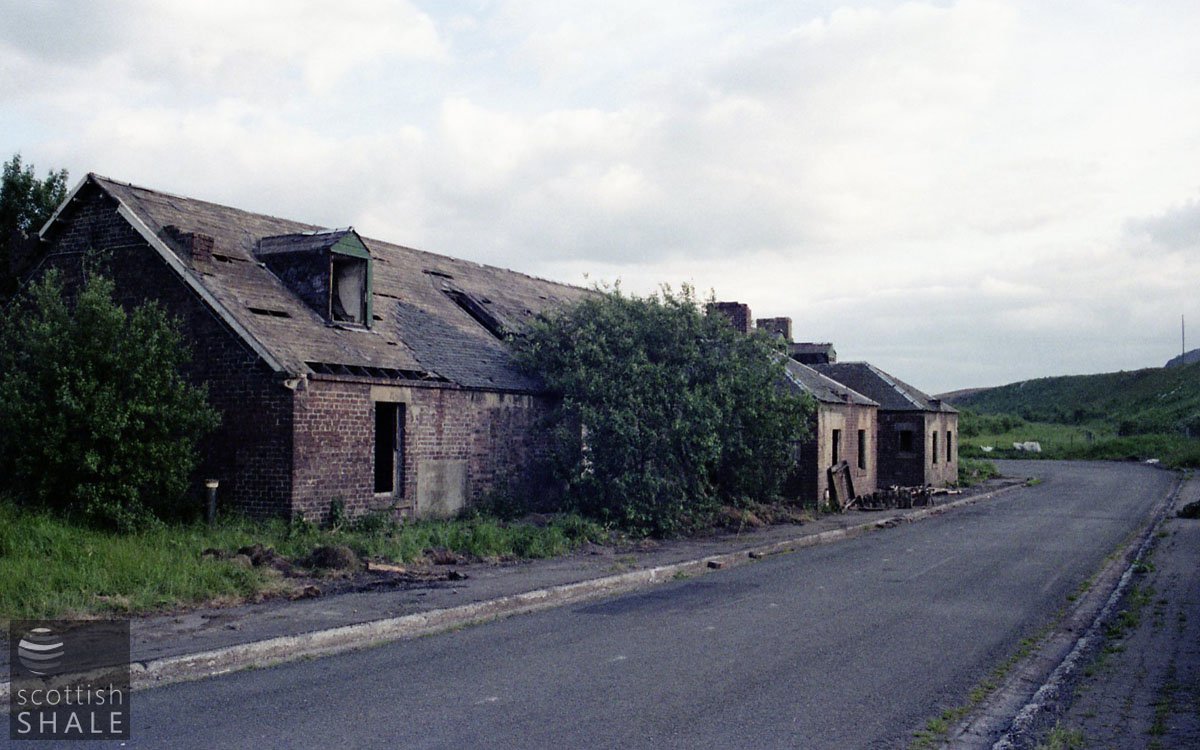 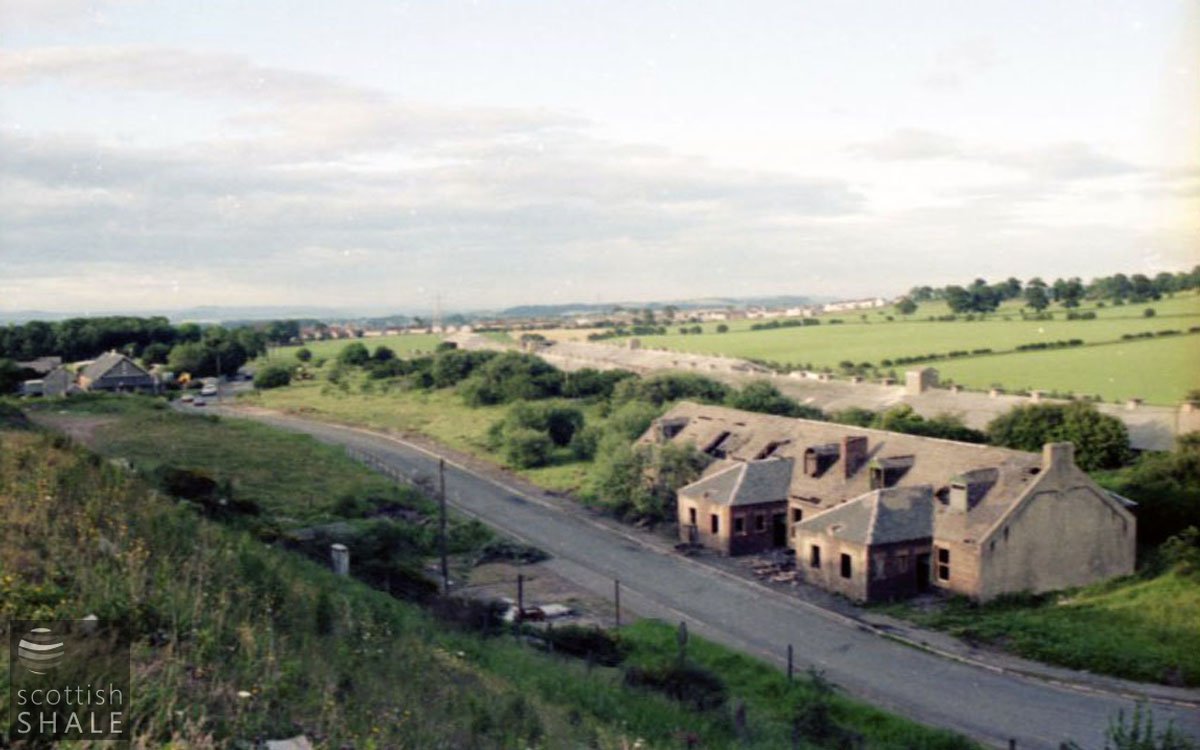 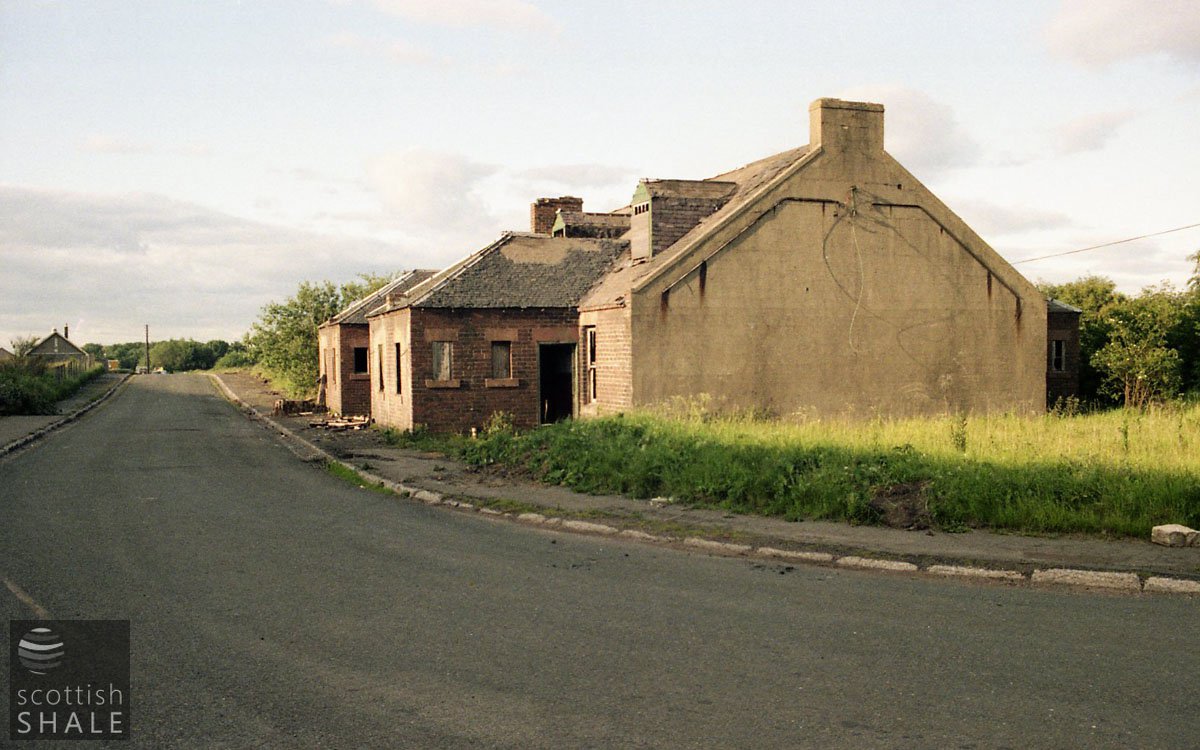 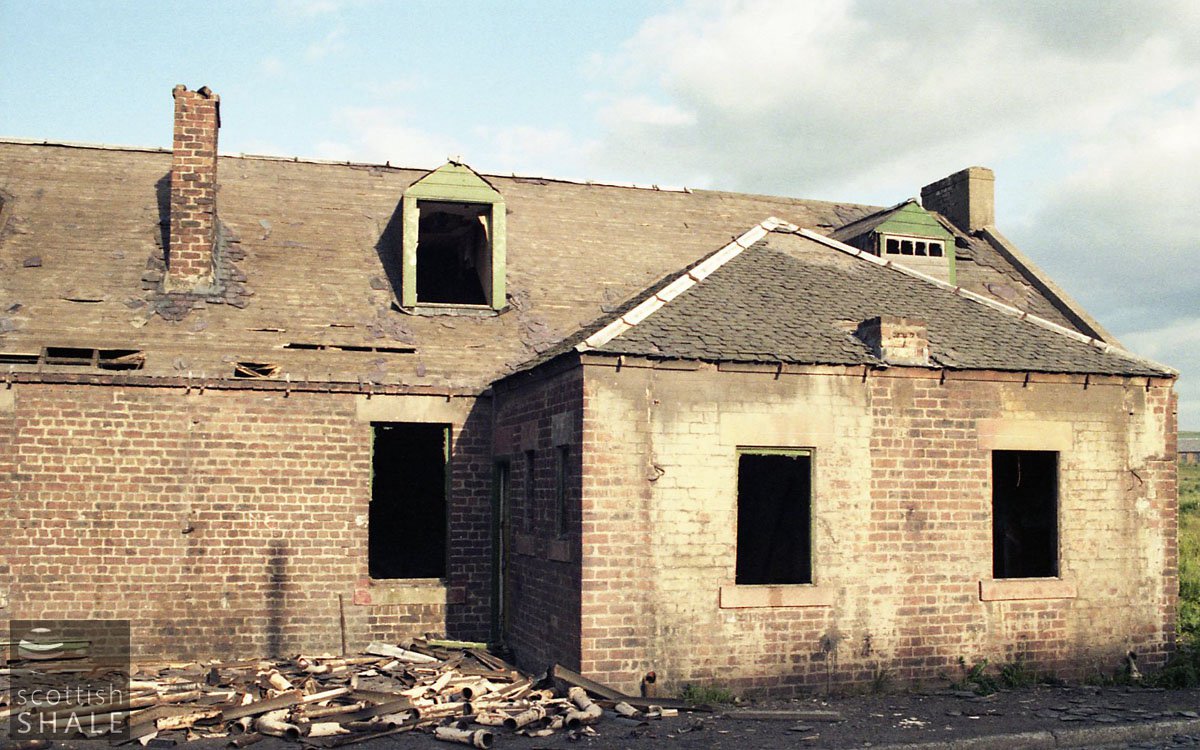 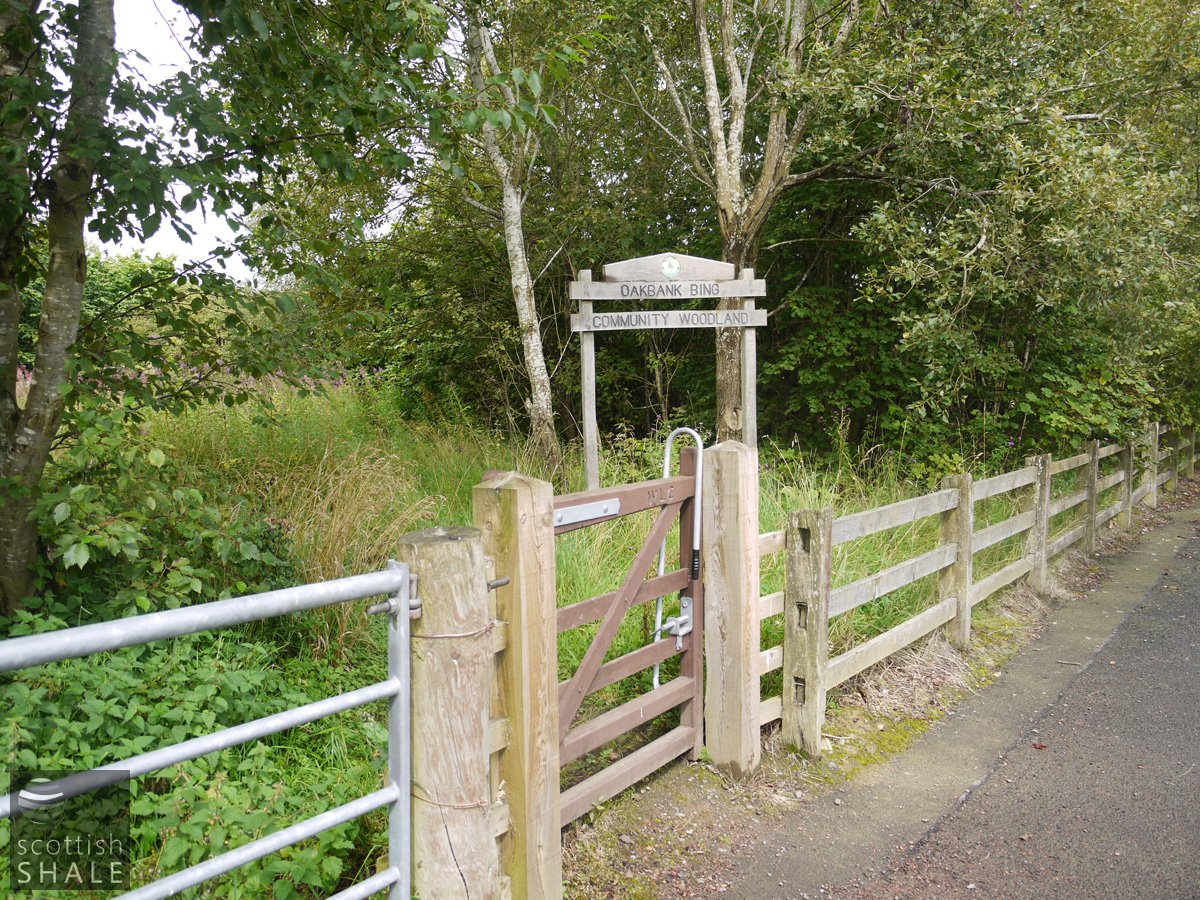 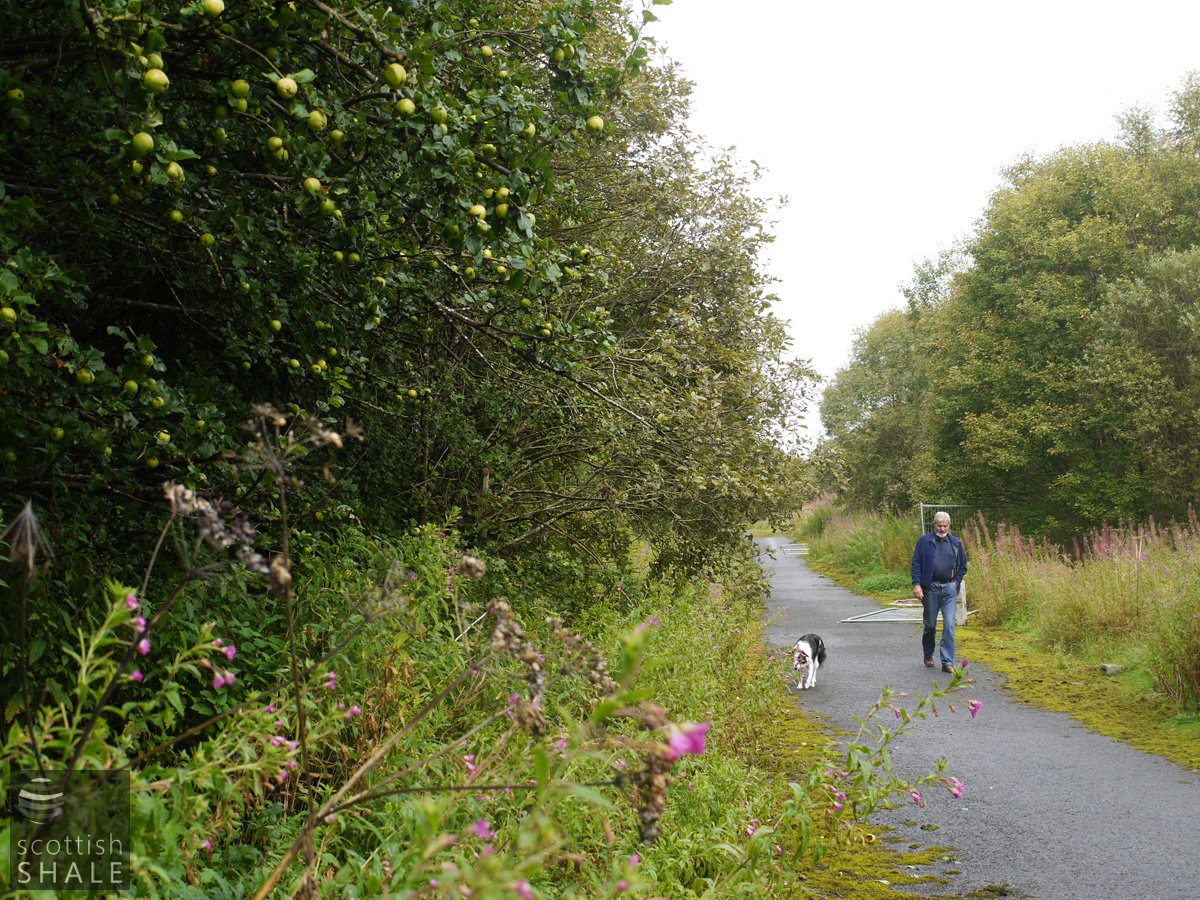 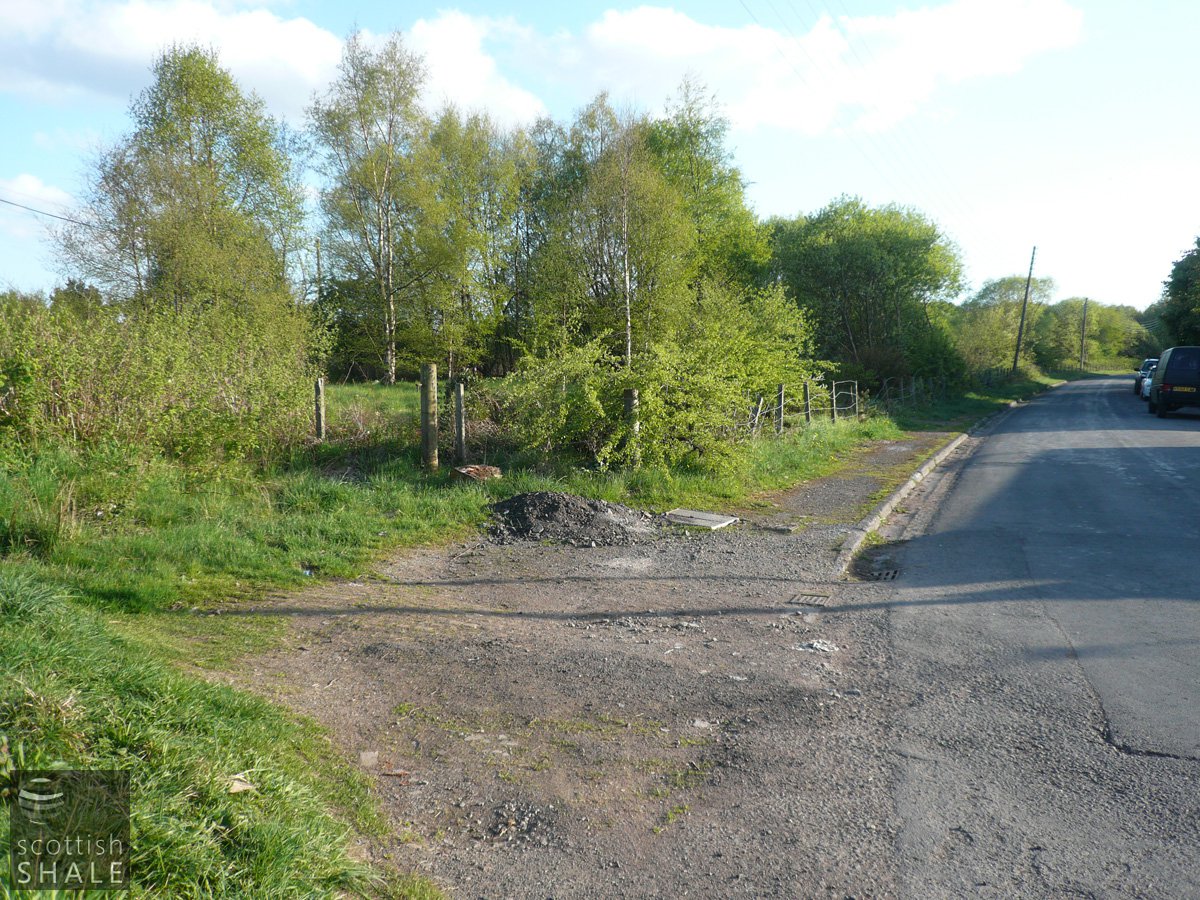 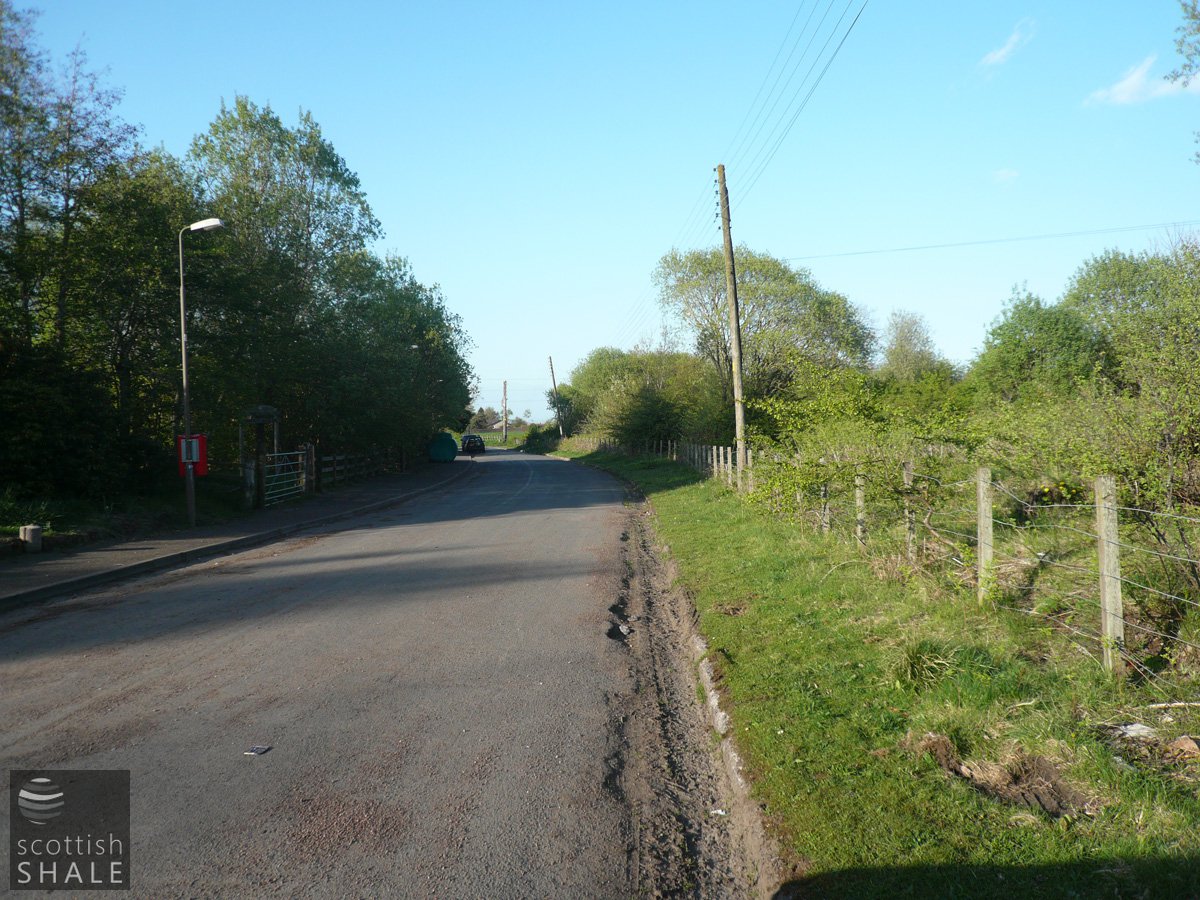 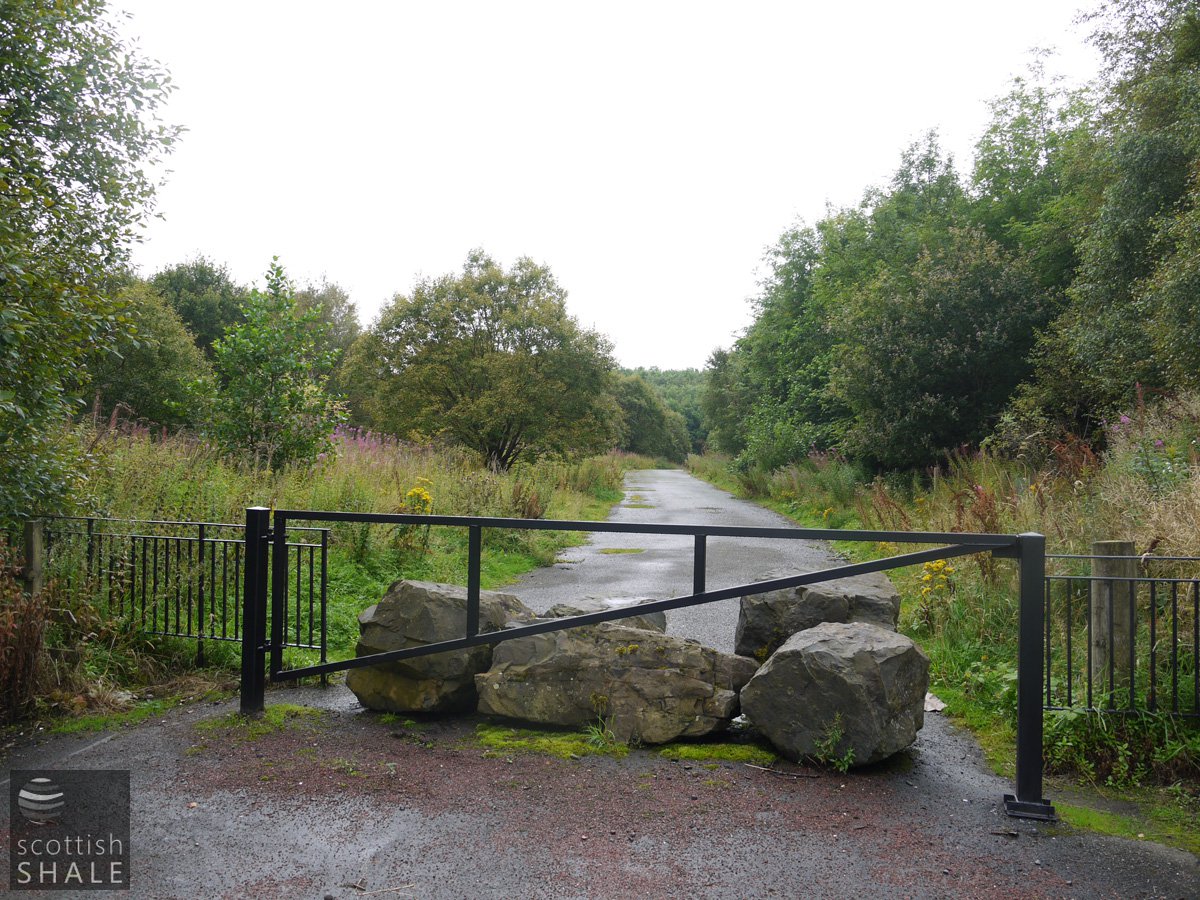 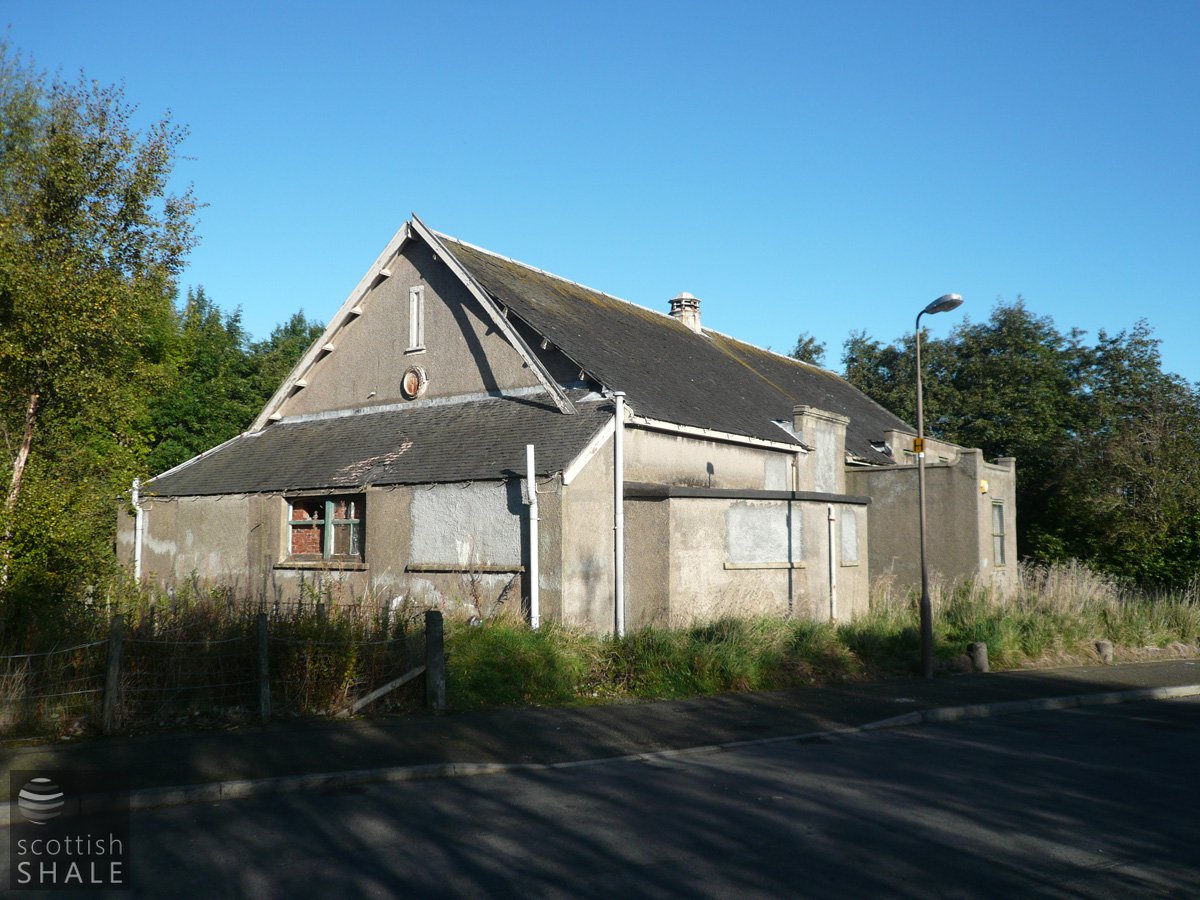 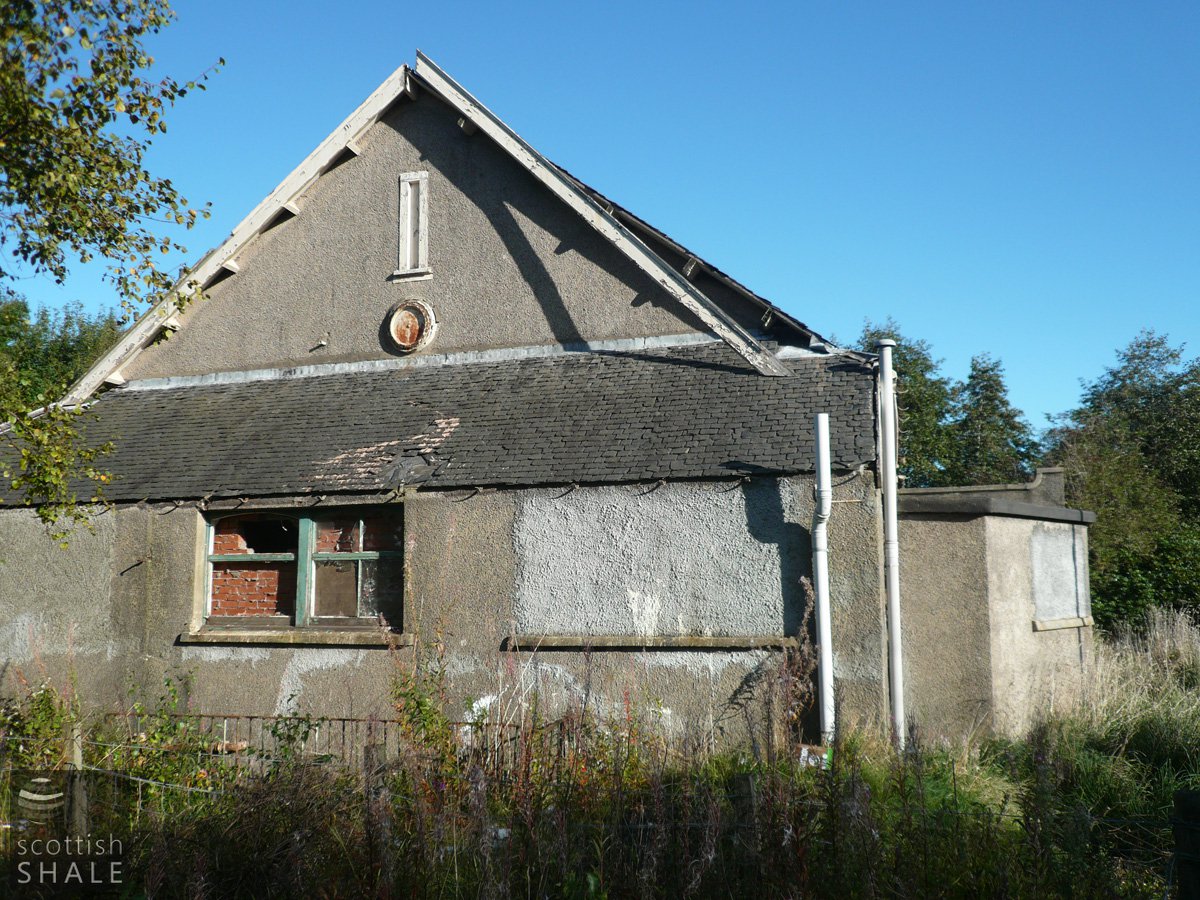 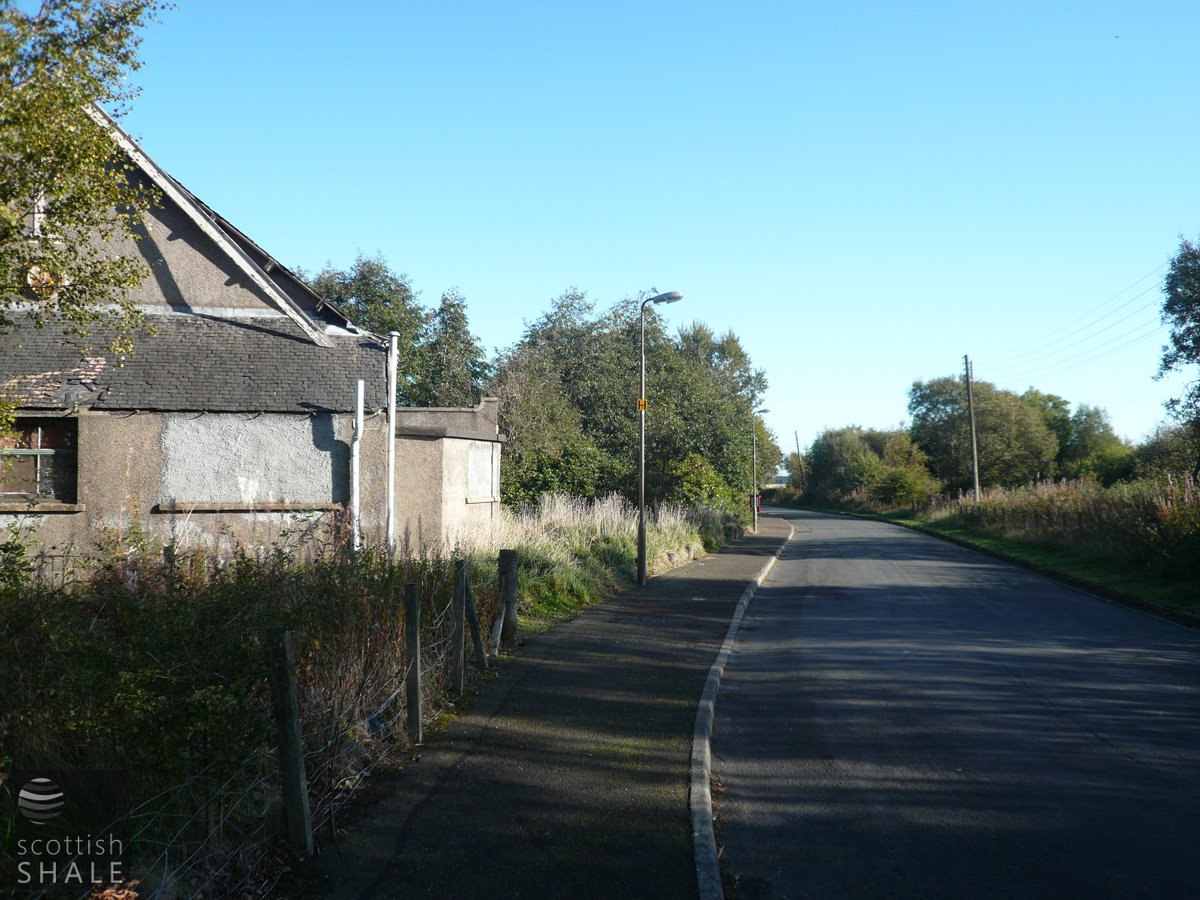 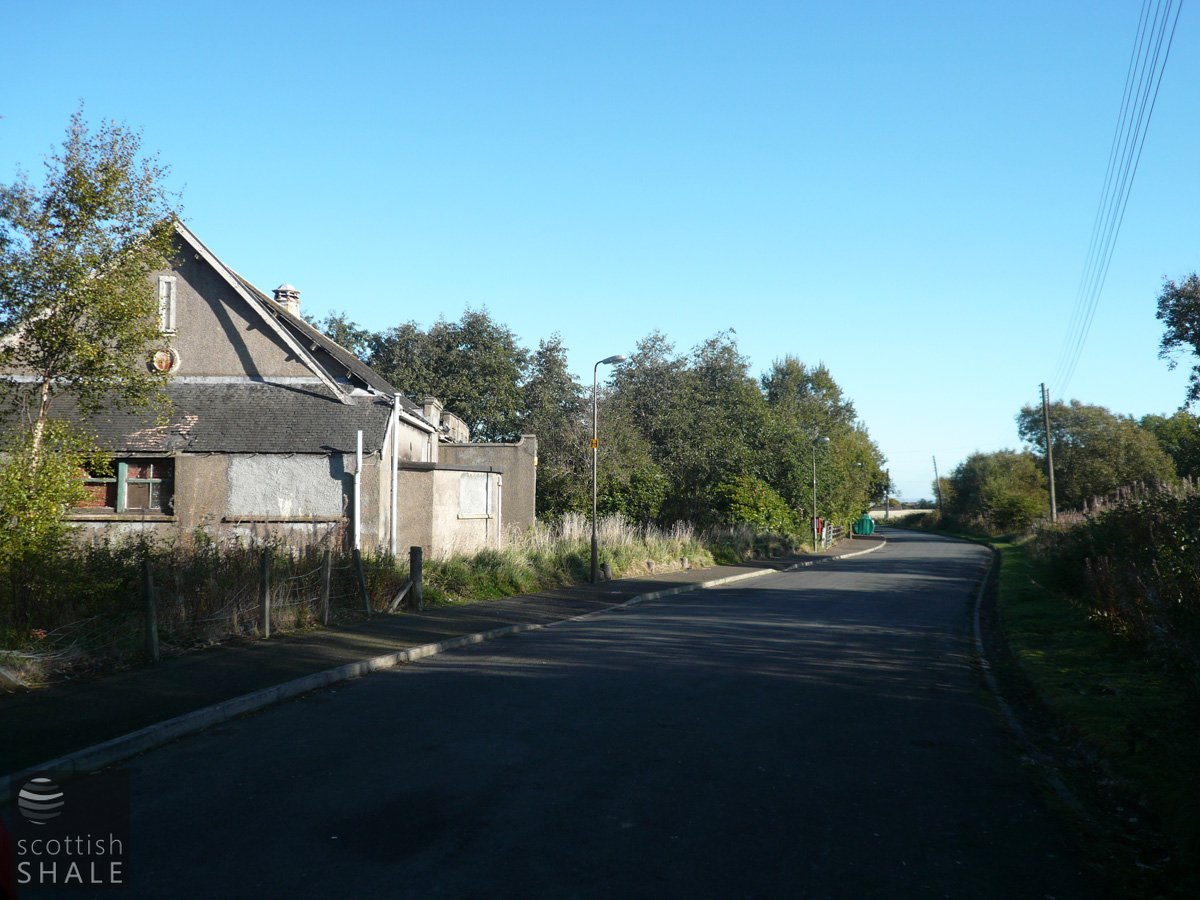 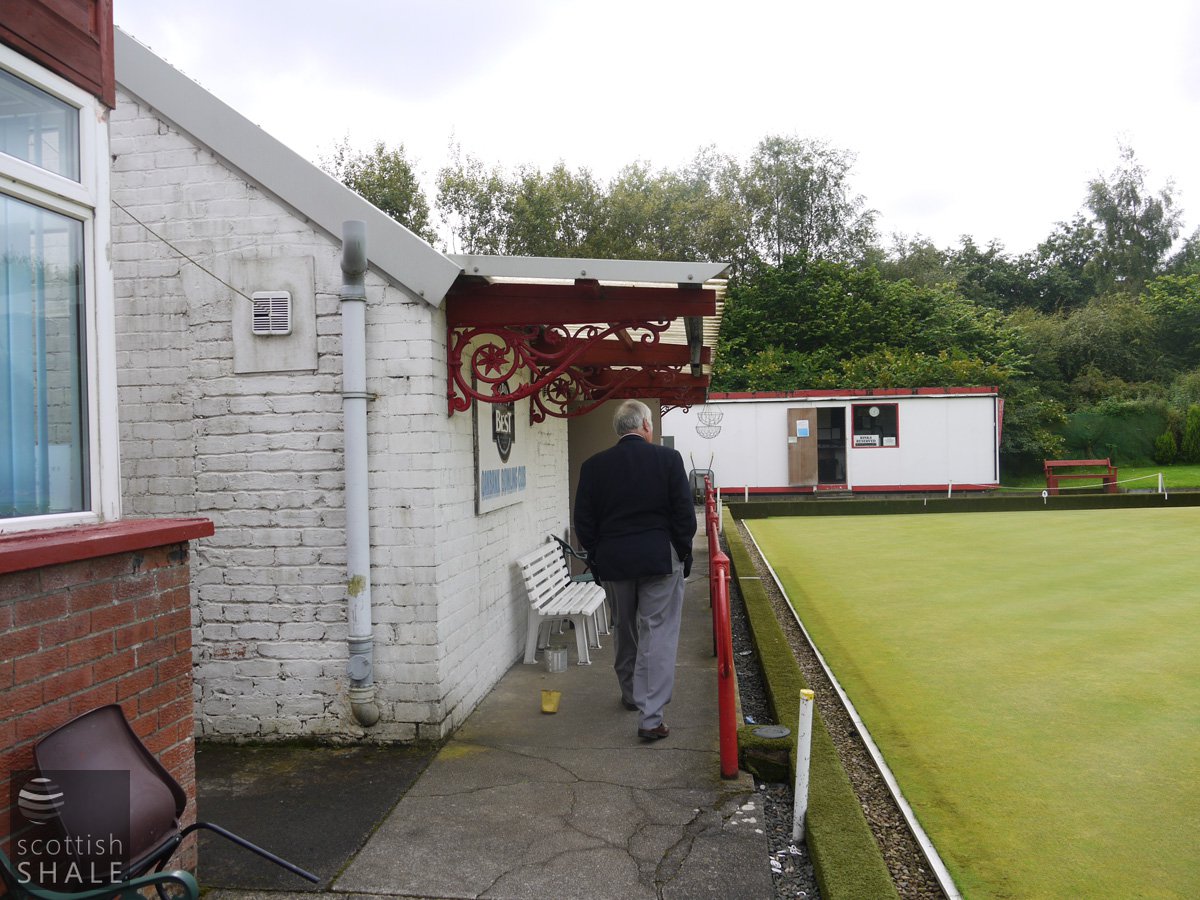 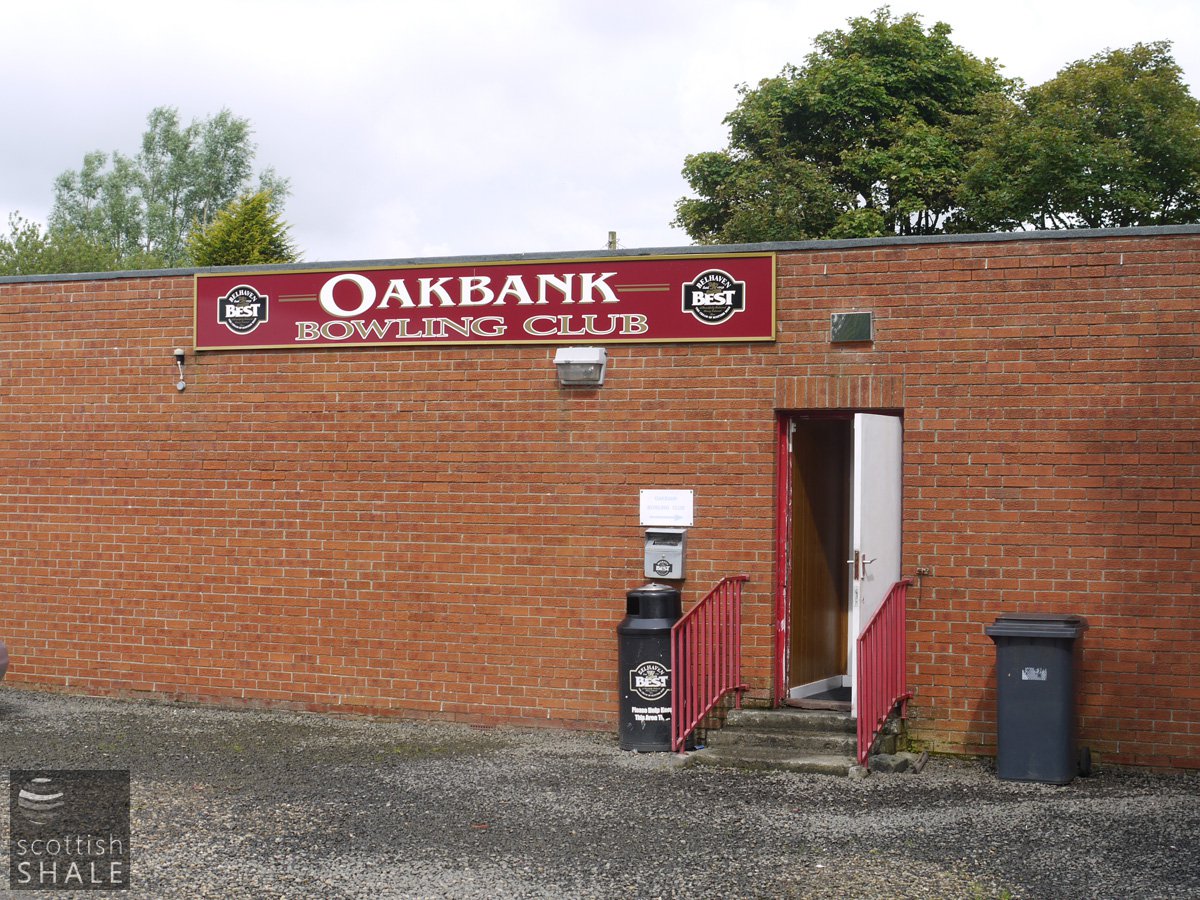 Oakbank: Demolition has been completed with the exception of site clearance to North West side of the Main Road. In the remainder of the village, 13 houses have been officially closed, at present 5 houses are empty. Houses in poor condition to be closed when vacated. Purchaser of allotment ground may be interested in one block over on the South side. Normal repairs to be carried out on the occupied houses.

Kirknewton Local Authority presently petitioned the sheriff at Edinburgh regarding the village of Oakbank, belonging to the Oakbank Oil Company, whose sanitary condition they complained was in an unsatisfactory state. The company denied this, and the matter was remitted to Dr Littlejohn, who drew up a report. Sheriff Rutherford, after considering this, finds that a nuisance within the meaning of the Public Health Act exists at Oakbank and ordains the company to erect the buildings recommended by Dr Littlejohn, to discontinue the use of the present ashpits, and to send a cart through the village once a day to remove refuse. The Local Authority received expenses.

About three o'clock in the morning, a fire was discovered in a two-storey tenement in the village of Oakbank, situated near Oakbank Oil Works, Midlothian, and belonging to Scottish Oils, Ltd. In the house where the fire originated three people lost their lives, their names being:— John Gordon (60), labourer; Jessie Sinclair or Gordon (57), his wife; and John Sinclair (33), labourer, stepson of Gordon. The tenement was one containing 12 houses of two rooms each, and the fire had its origin in an upstairs room. Occupants of the house immediately below made the discovery through the presence of smoke. Efforts were made arouse the inmates of the house where the fire had broken out, but these were in vain. The door was then broken in, and the flames burst out on the landing, driving the people back. A strong wind from the north-east drove the flames through the tenement from end to end in a short time.

The tenement measured 120 feet by 50 feet. The fire so spread quickly that men, women, and children had to leave the houses in their bedclothes, and take refuge in adjoining houses. A contingent of Edinburgh Fire Brigade arrived about five o'clock, but by that time the tenement was in ruins. The bodies of the Gordons were recovered some time after, and were found to be charred almost beyond recognition. Fifty seven persons were rendered homeless, and the Co-Operative Society's premises at East Calder were opened for the purpose supplying the homeless with needful clothing and food.

The manager of Oakbank Oilworks got into communication with the Scottish military authorities for the purpose of obtaining a number of military huts accommodate the people rendered homeless.