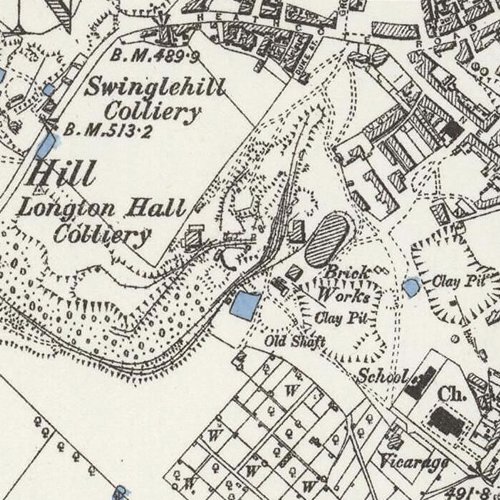 The Coal Commission report of 1865 records that Messrs. Glover produce oil at works in Longton, equipped with 10 retorts. It seems likely that Messrs. Glover refers to the firm of James and Alfred Glover who operated mines, a brickworks, and an ironworks in the Longton Hall estate. The first edition OS map gives few clues at to the location of the oil works, but it seems likely that they were associated with the brick works.

Mapped by the Ordnance Survey of c.1877 showing Longton Hall brickworks and colliery. 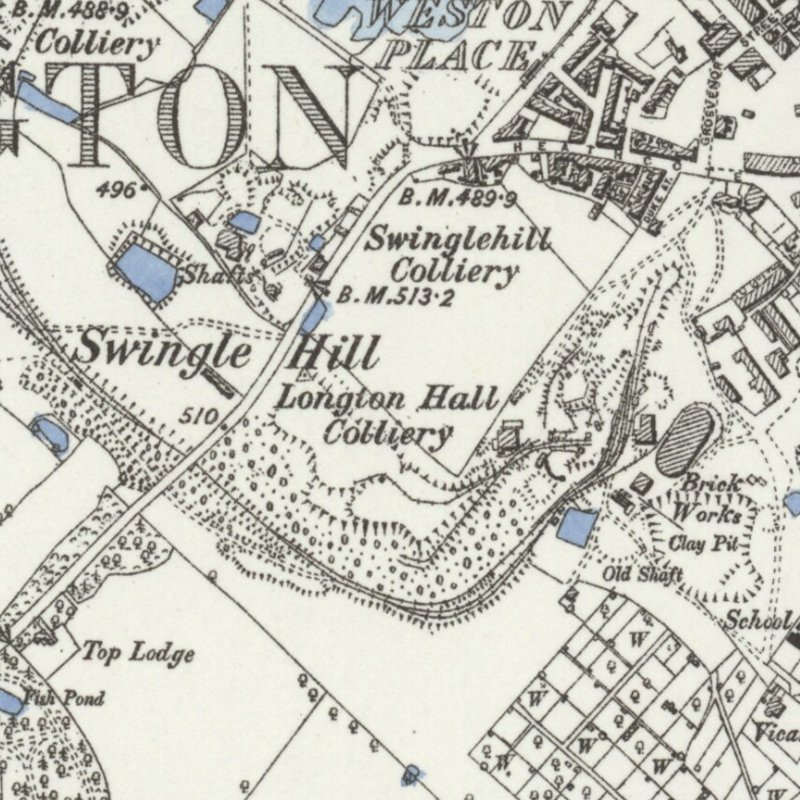 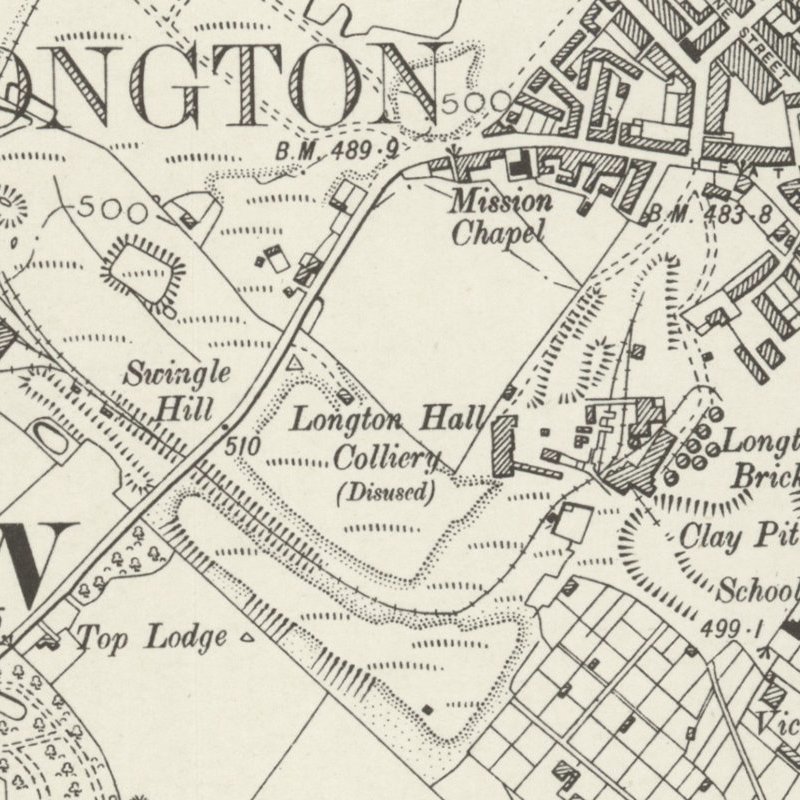 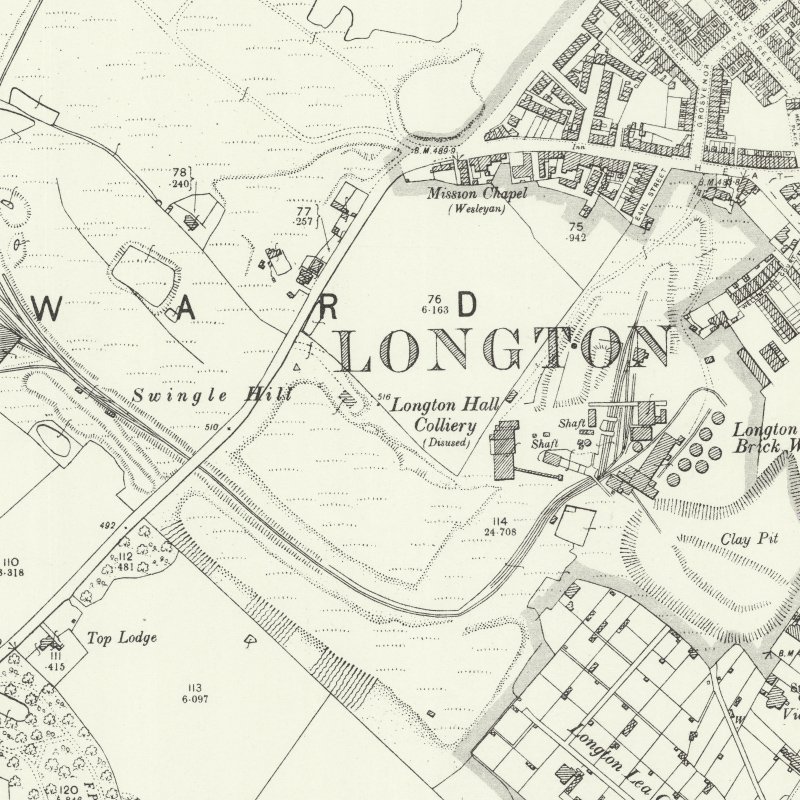 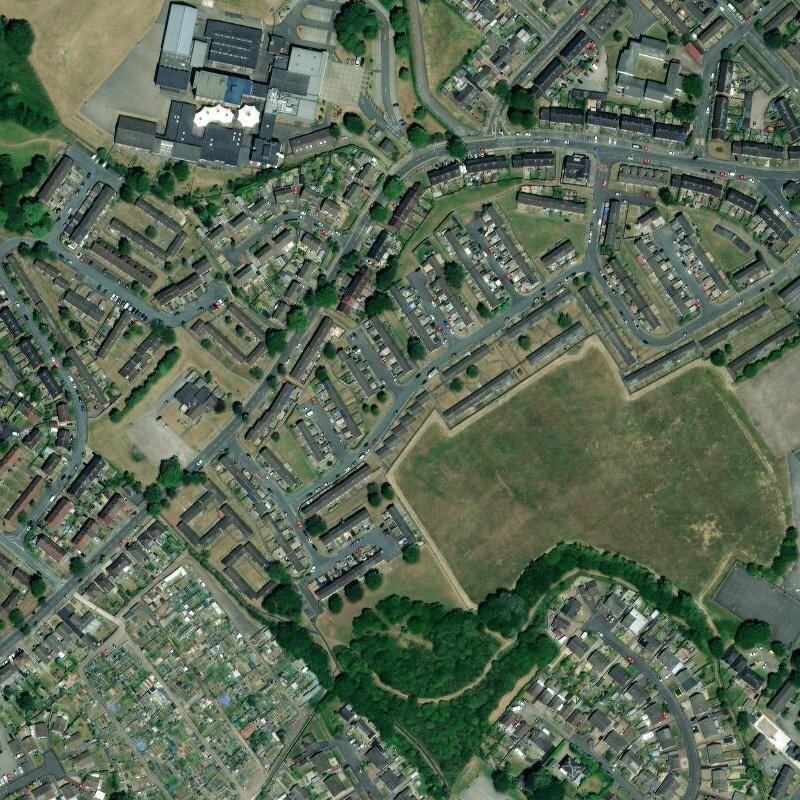 MESSRS. GLOVER'S NEW BRICK MANUFACTORY AT LONGTON. The new works now in course of erection by Messrs. James and Alfred Glover, at Longton, for the manufacture of bricks, are so novel, and are certain to supersede the old and primitive mode of brick making, as to be entitled to some notice. These enterprising gentlemen have obtained a lease of the mines belonging to the Longton Hall estate, which contain rich beds of coal, some of which are worked at the depth of 460 yards, and thick strata of various marls and clays, suitable for the manufacture of bricks, which, practically, seem to be inexhaustible.

...At Longton, Messrs Glover have two new furnaces almost ready for the blast