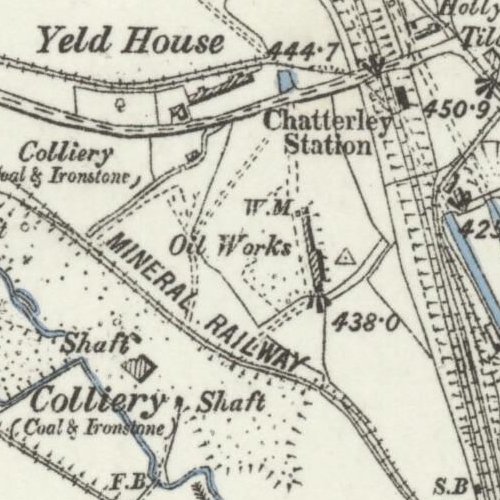 This oil works, close to the southern entrance of the Harecastle canal tunnel, is thought to be the "Tilery works" owned by Thomas Peake, listed in trade directories between 1872 and 1892. Thomas Peake was proprietor of collieries, tile and brick works at the Tileries by 1863. A respected local philanthropist, he died in 1881.

Thomas Peake's son, John Nash Peake was in business as a tile and brick manufacturer from 1875 and declared bankrupt in 1889. At the bankrupcy hearing, reported in the Staffordshire Sentinel on 10th October 1889, it was stated:

"In 1876 Mr. Peake entered into partnership with Mr. Hardman with respect to the Tunstall Chemical Works. In this venture he invested £1,000. He thought by that investment should able to utilise part the product of the mine previously taken. There was a certain kind of shale which was thought could be utilised, and that by this would enabled to set off against the diminished value and prices which ironstone was fetching. The partnership subsisted until 1880, and it turned out there was loss upon the venture. The trade still kept depressed, the stone could not sold, and the chemical and every trade fell."

It is uncertain whether this statement has any relevance to the coal oil industry.

Mapped by the Ordnance Survey of c.1876, showing oil works. 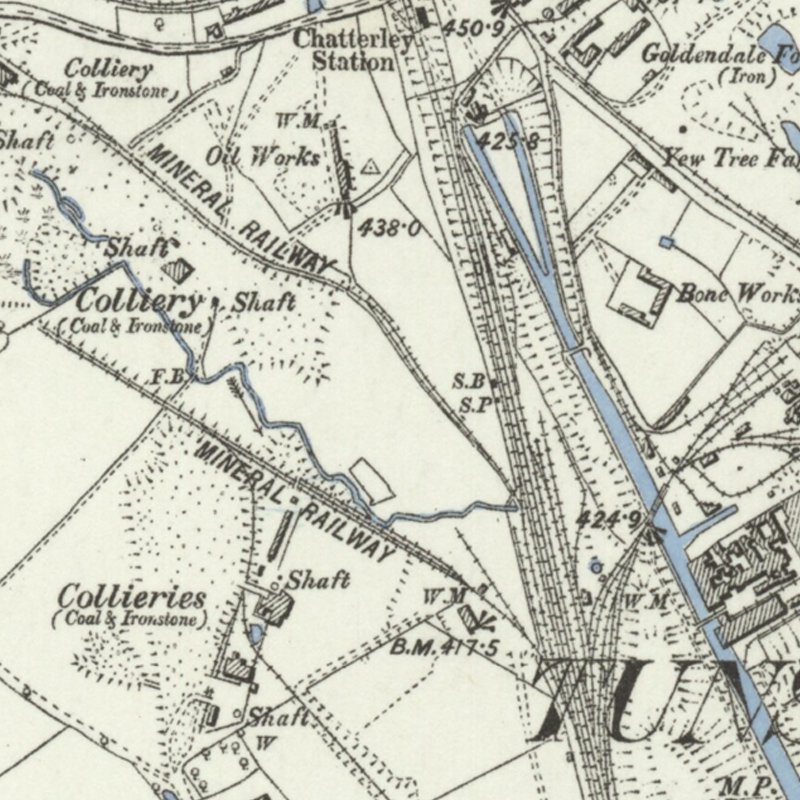 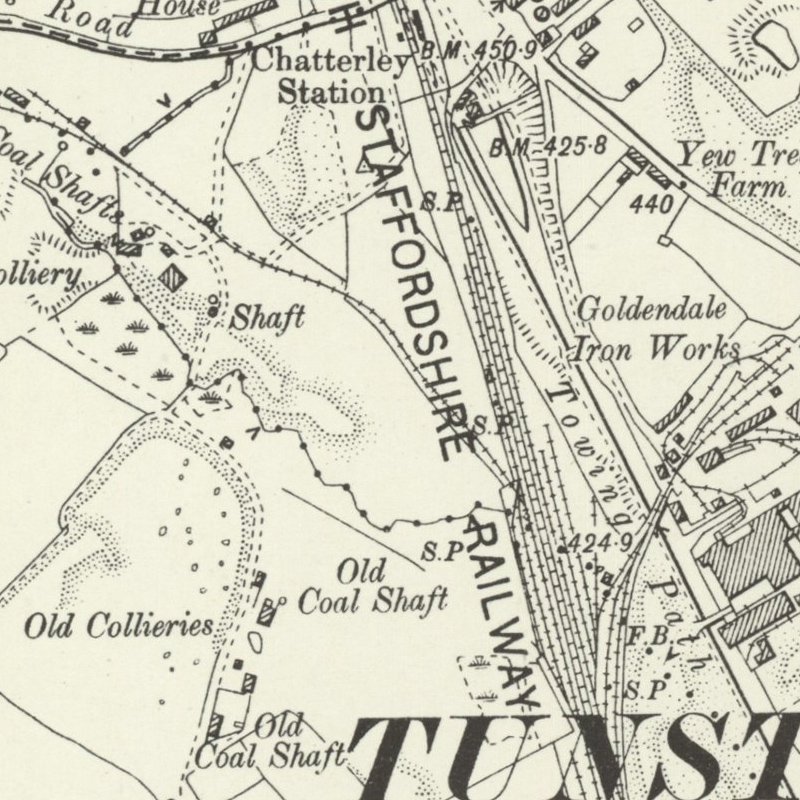 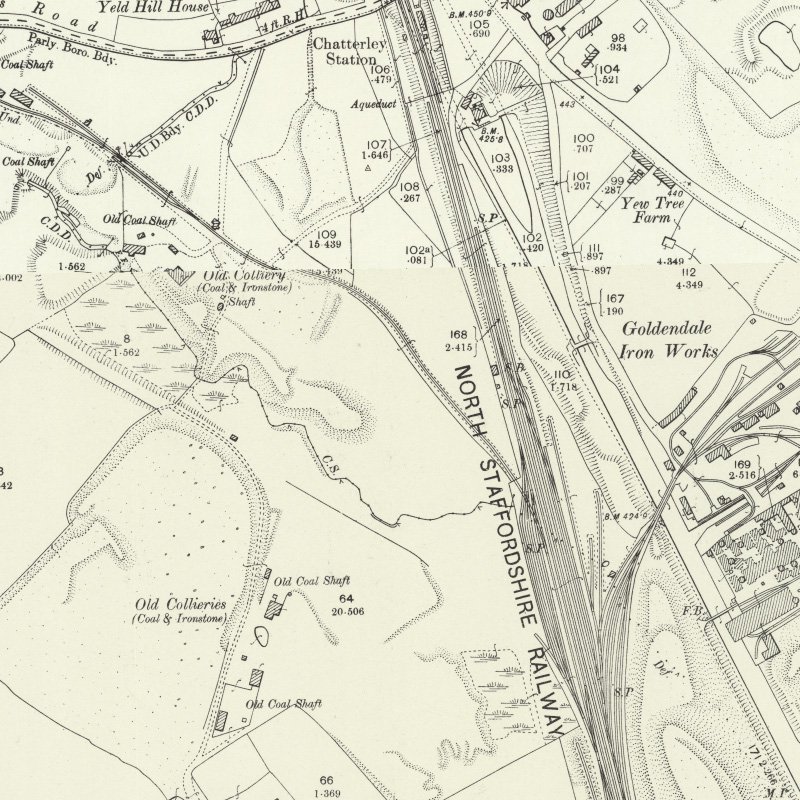 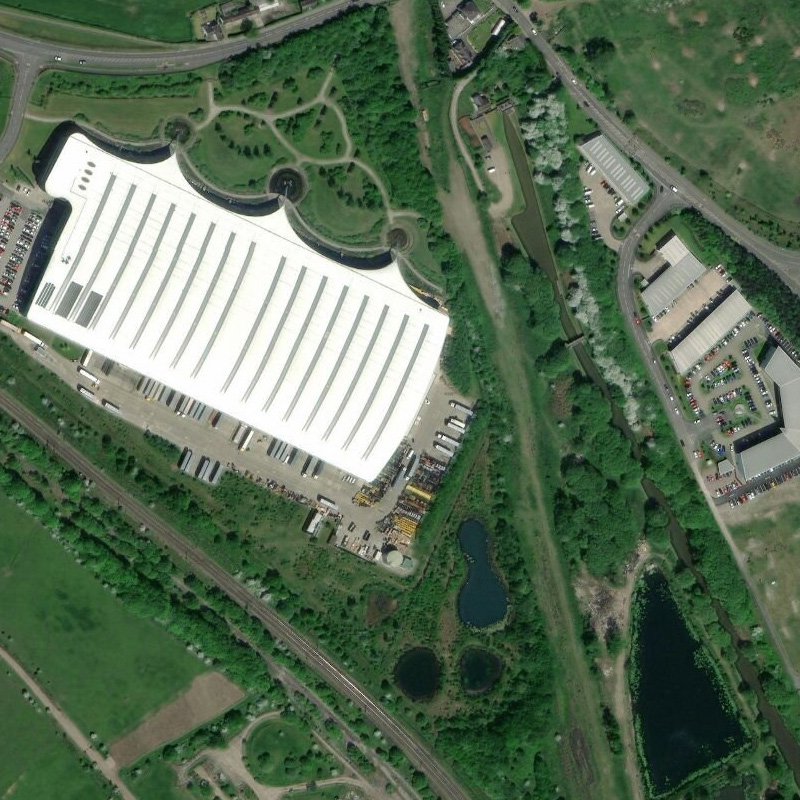 TUNSTALL.-Thursday. (Before K. Wedgwood, Esq.) COAL STEALING.—Bridget Nolan and Margaret Murphy, married women, were charged with stealing coal.—Additional Constable Woodcock proved the cases, and stated that found the defendants, the 20th , near the Tunstall oil works, with some coal, belonging to the Chatterley Company, in their aprons. Each was ordered to find a surety in £10, and pay the costs.