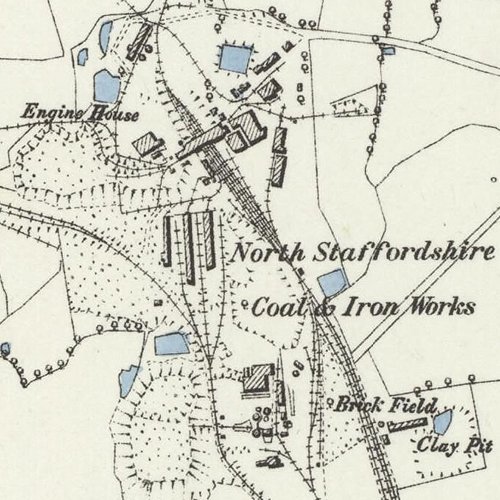 The Coal Commission report of 1865 lists that the North Staffordshire Coal and Iron Co. operated two retorts to produce oil at their premises in Tunstall. It might be assumed that this small scale production took place at the company's works in Talke, which appear to include coke ovens, blast furnaces and a brickworks. The abridged prospectus for the North Staffordshire Steel, Iron, and Coal Co. Ltd (published in the London Standard on 3rd February 1864) makes no mention of oil production. 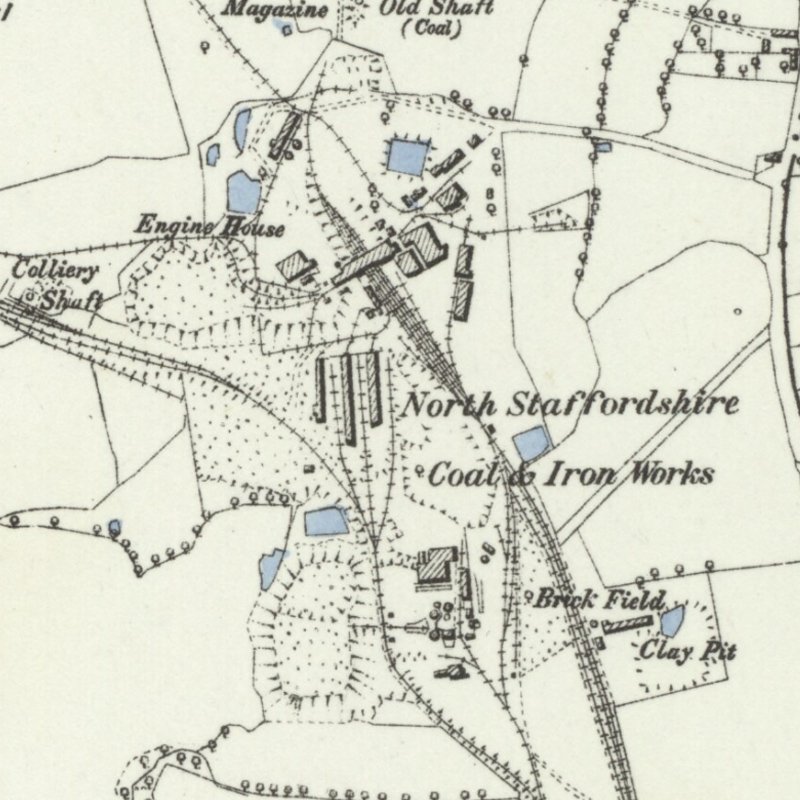 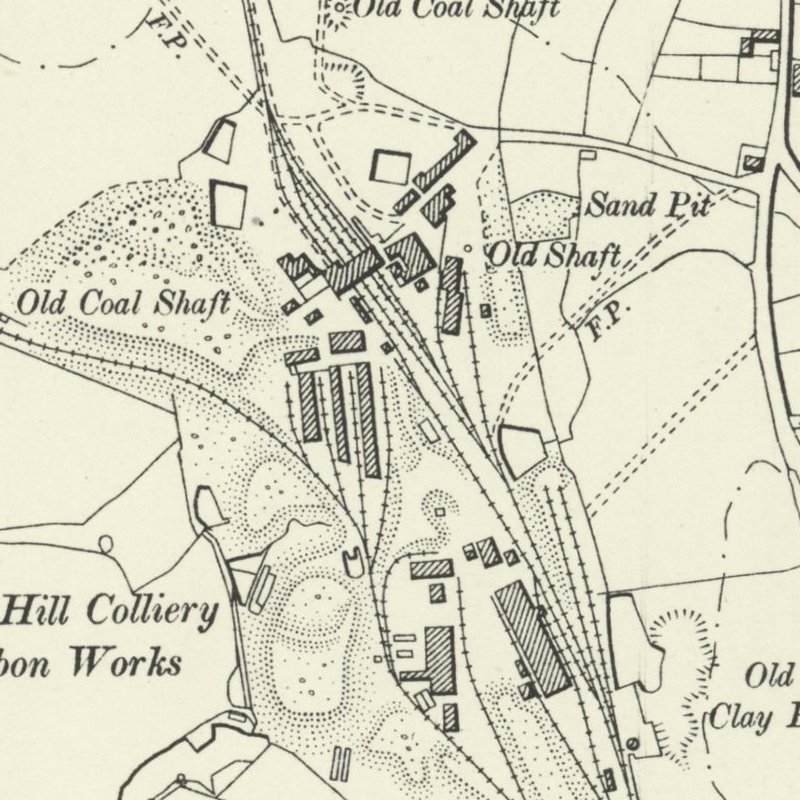 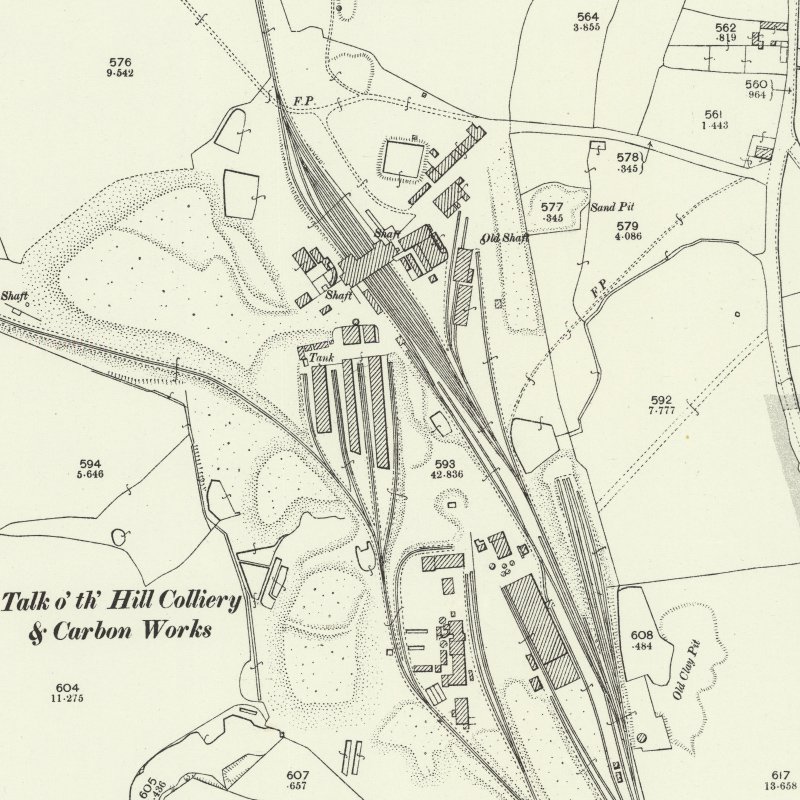 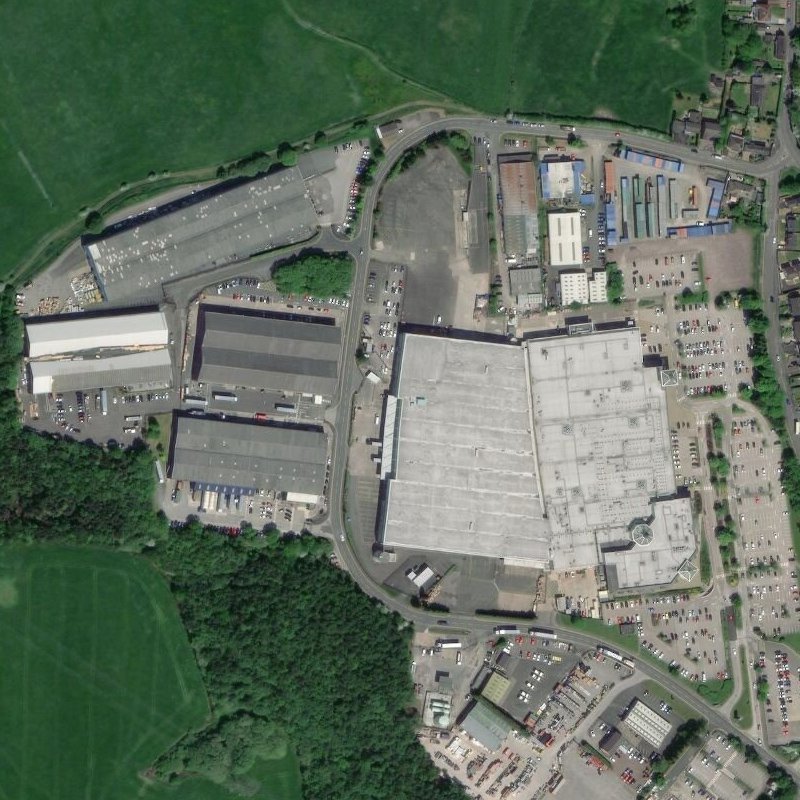 North Staffordshire Coal and Iron Company, Limited.—On Wednesday the 25th ult. two large blast furnaces, belonging to this company, were brought into full operation, and the first run of excellent quality of pig iron was produced, made from the coal, coke, and ironstone produced on the company's estate. A large number of the company's workmen, and several of the directors, witnessed, with much pleasure, the first running of the metal. Several gentlemen Leeds and the neighbournood, we believe, are interested in those large works.

The pit where the explosion took place lies under the south side of a considerable mound, crowned by the village of Talk-o'-th'-Hill - almost within gunshot of Kidsgrove and within cannon-shot of Mow Cop, the Wrekin of North Staffordshire. To the ordinary visitor the countryside about presents few of the characteristics of a mining district. The more practised eye, however, detects black timbers standing dismally astraddle among the undulating woodlands and inky-looking serpentine tramways traversing the fertile fields; while dotted here and there among the many villages that break the broad expanse of the country stretching right away into the county of Cheshire- casual smoke clouds, small but dense, tell of the busy ironworks and adjoining mines; for most of the collieries of the district have ironworks attached to them, and that belonging to the North Staffordshire Coal and Iron Company (Limited) - the scene of this explosion - forms no exception to the rule.