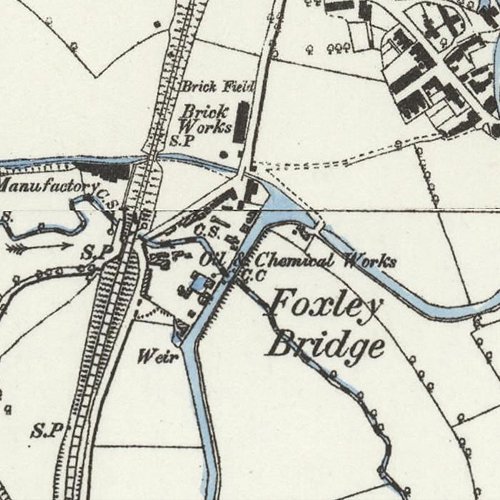 An account of May 1876 (below) describes the firm of Hardman and Jones as oil refiners, however in September 1876 (below) when the works were advertised for sale the firm of J. Hardman & Co. were described as Industrial Chemists specially tar distillers and sulphuric acid manufactures. The business were then purchased by J. Hardman, presumably Joshua Hardman, described in Kelly's 1896 directory as "manufacturer of anthracene, benzole, naptha, carbolic & sulphuric acids, sulphate of ammonia, creosote oil, black varnish, pitch, asphalte and coke".

An account of flooding in 1879 (below) describes damage to the oil works of Mr T. Jones, adjacent to Mr. Hardman's Naptha work. This and other evidence suggest that Jones Brothers & Co. carried forward the oil refining interests on dissolution of the Hardman and Jones partnership, and that Hardman & Co concentrated on tar distillation. 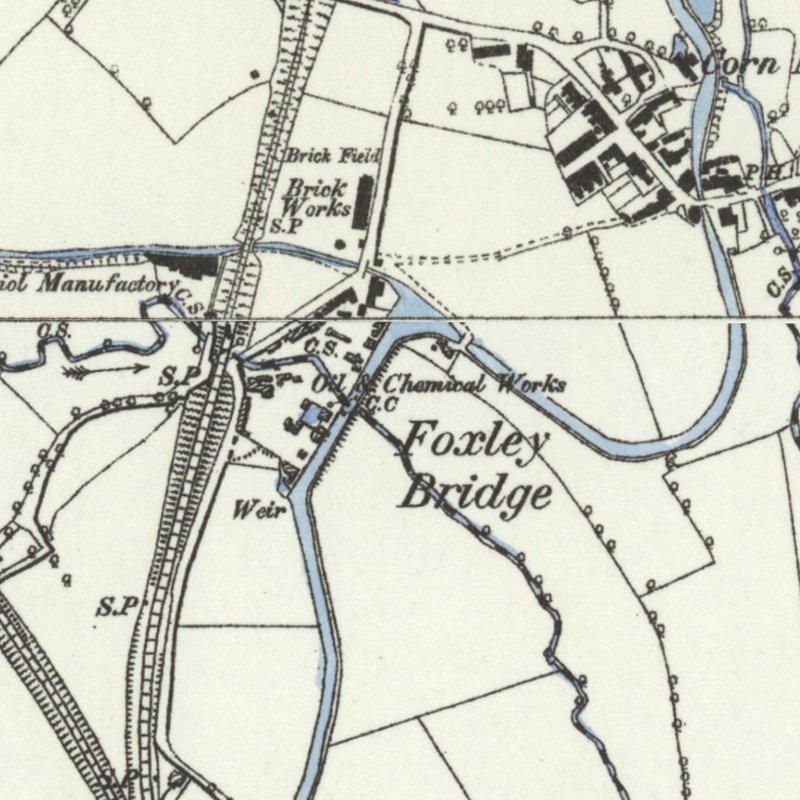 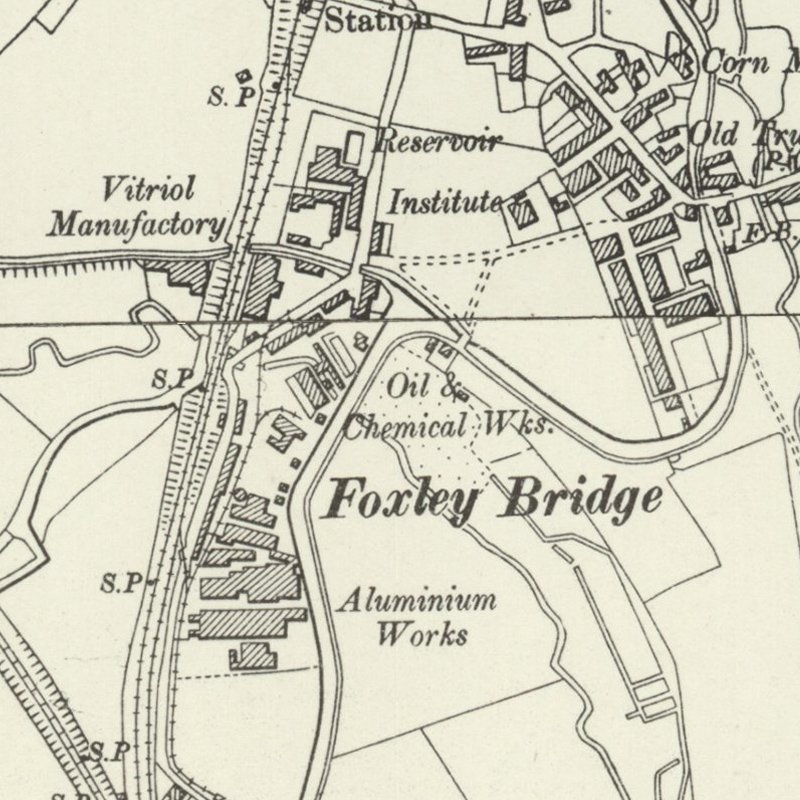 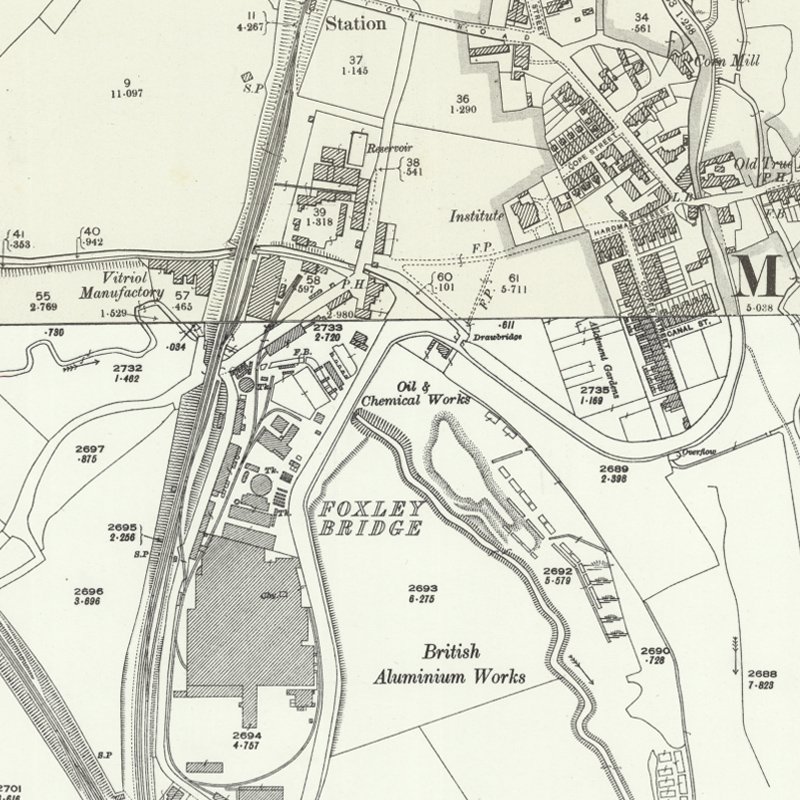 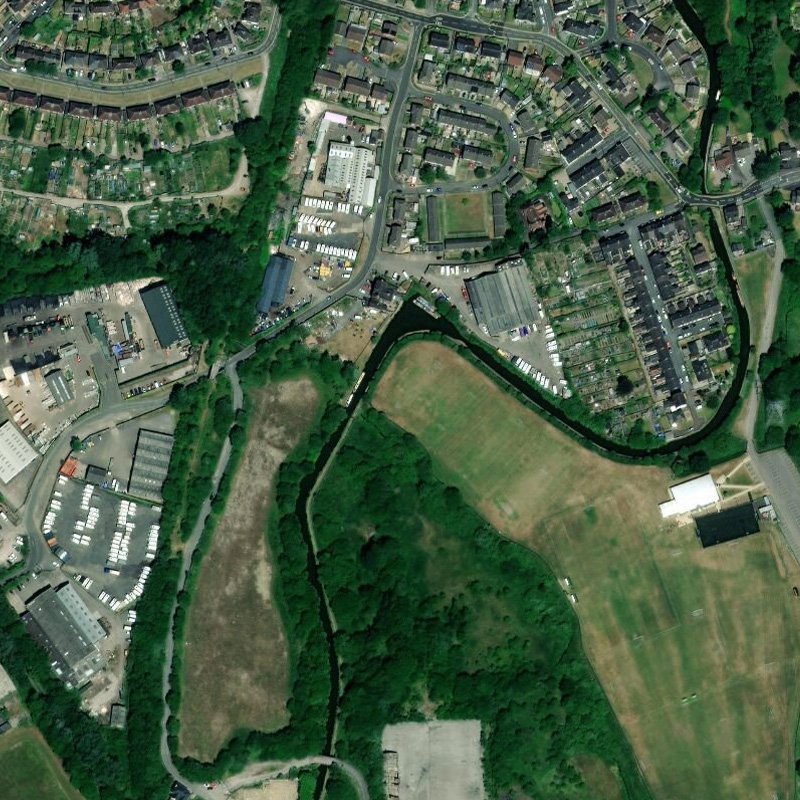 ACTION ON A CONTRACT. - In the Exchequer Division of the High Court of Justice, at Westminster, on Thursday, Baron Bramwell and a special jury had before them the case of Hills v. Hardman, Jones, and Co., action brought by Mr. Arthur Hills, of the Cannock Chase Chemical Works, near Lichfield, against Messrs. Hardman, Jones, and Co., oil refiners, carrying on business in the immediate vicinity of Stoke. The plaintiff sued the defendants upon contract which had been entered into between the parties for the supply of a quantity of concentrated sulphuric acid by the plaintiff to the defendant's firm, for the purpose of their oil-refining business.

The action was brought for non-acceptance of quantity of the acid coming within the contract, and for the price of a quantity delivered. The defendants pleaded in effect that the acid supplied them was not according to contract. The complaint, put in general terms, was that the acid was not properly rectified, and not quality come within the terms of the contract. At one time the defendants said that their works were at a standstill in consequence their not obtaining the requisite and stipulated supply acid, and that they had had to obtain from other sources.

TO BE SOLD, Pursuant an order of the High Court of Justice, Chancery Division, made in an action of Hardman and Another v. Steele, with the approbation of the Master the Rolls, the judge to whose court the said action is taken by MR. HENRY GILLARD, the person appointed the said judge, at the North Staffordshire Railway Hotel, Stoke upon Trent, the county Stafford, on Tuesday, the day September 1876, Four o'clock in the afternoon precisely, in one lot. An extensive and newly built FREEHOLD and COPYHOLD MANUFACTORY and CHEMICAL WORKS, OFFICES, LAND and PREMISES, situate Milton, near Stoke upon Trent, in the county of Stafford, with a water frontage the Cauldon Canal of eighty yards or thereabouts Together also with the goodwill of the extensive business of manufacturing chemists specially as tar distillers and sulphuric acid manufacturers, carried since the year 1873 by the late firm "J Hardman and Co." upon the said premises, and also, all the excellent TRADE PLANT, FIXTURES, and other conveniences for carrying on an extensive business. Particulars and conditions of sale may lie had gratis in the country of Richard Heaton, Esquire, Solicitor, Burslam and of Messrs. Coopers, Solicitors, Newcastle under Lyme , and London of Messrs. Coopers, 42, Bedford-row; or Messrs. Tibbitts and Co., 1, Field Court, Gray's Inn, Plaintiff"s Agents, and of the Auctioneer, Stafford.
Dated this day August, 1876. JOHN WM. HAWKINS, Chief Clerk.

MILTON. Sale the Chemical Works.- On Wednesday the freehold manufactory and chemical works near the Cauldon Canal, and the goodwill of the business carried there by Messrs. J. Hardman and Co.. were sold at the North Staffordshire Railway Hotel, Stoke, by Mr. Henry Gillard, auctioneer. The purchaser was Mr. J. Hardman, a member of the firm, and the price paid was £8,000

...The canal also overflowed, and considerable damage was done to the oil works of Mr. Thomas Jones, which are adjacent, as well as to Mr. Hardman's naphtha works.

MILTON. Sudden Death. —An inquest was held Monday at the New Inn, before Mr. Booth, coroner, on the body of Jesse Meigh, a boatman, employed at Messrs. Jones's Oil Works.—Charles Bowyer, a carter, said that on Sunday, the inst., he saw deceased lying dead about twenty yards inside the yard of the works. He appeared to have been dead some time. Deceased usually lived in the boat alone. There was no wound or injury on the body. Blood was running from his nose and mouth. Deceased was at the Foxley Inn from four to seven the previous evening, and no one would on the works after deceased. He was fifty-four years of age, and had several violent fits of coughing while at the inn.—The jury returned verdict of " Death from natural causes."