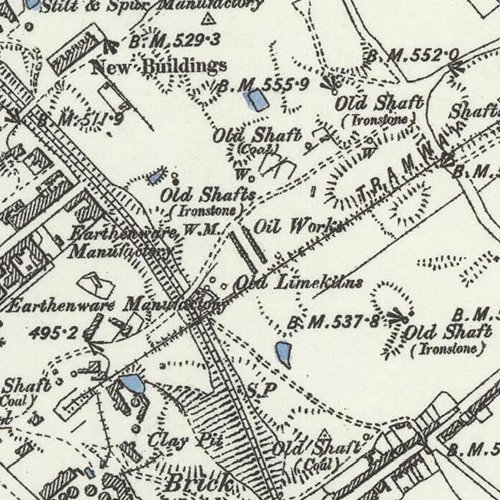 The Coal Commission report of 1865 lists Messrs. May & Co as operating oil works at Burslem equipped with 40 retorts. The "oil distillery erected at an outlay of £5,000" were amongst the assets passed to the Sneyd Colliery Co. Ltd on its formation in c.1875. A newspaper report of 1879 (below) indicated that only crude oil had been produced by the works, which were unused at that time. 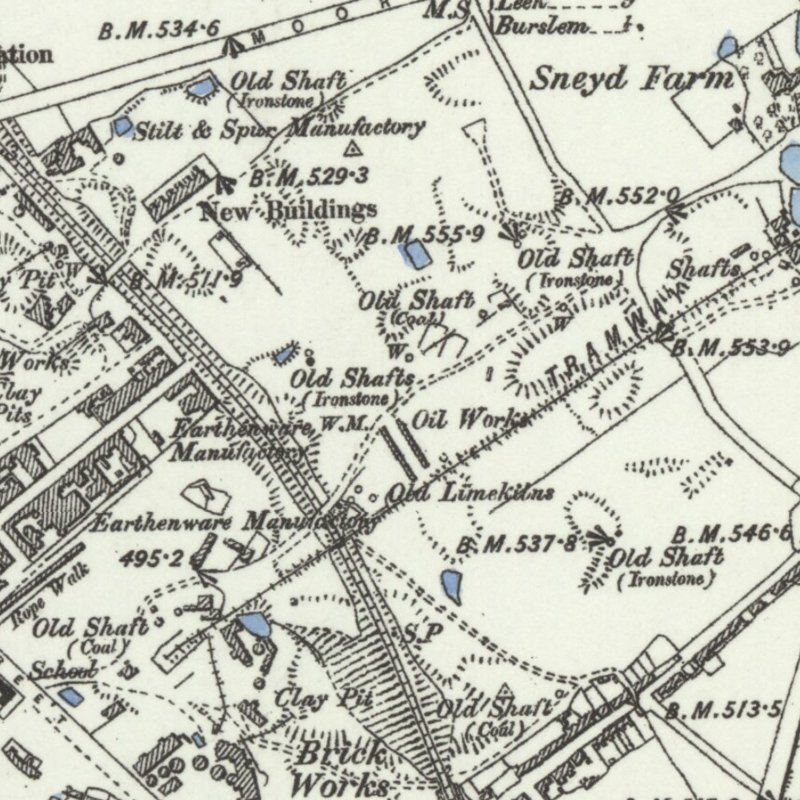 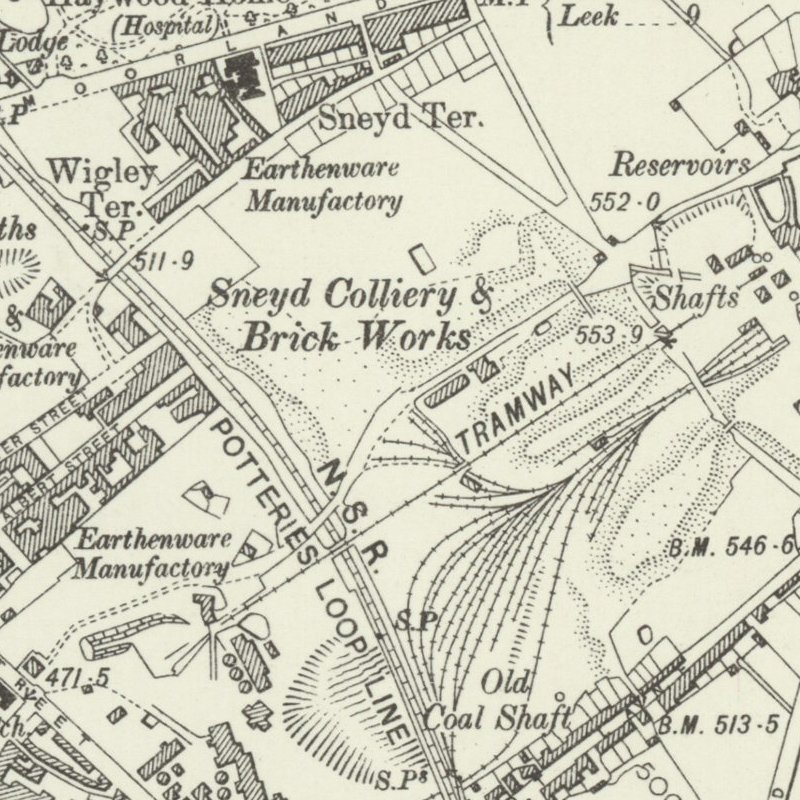 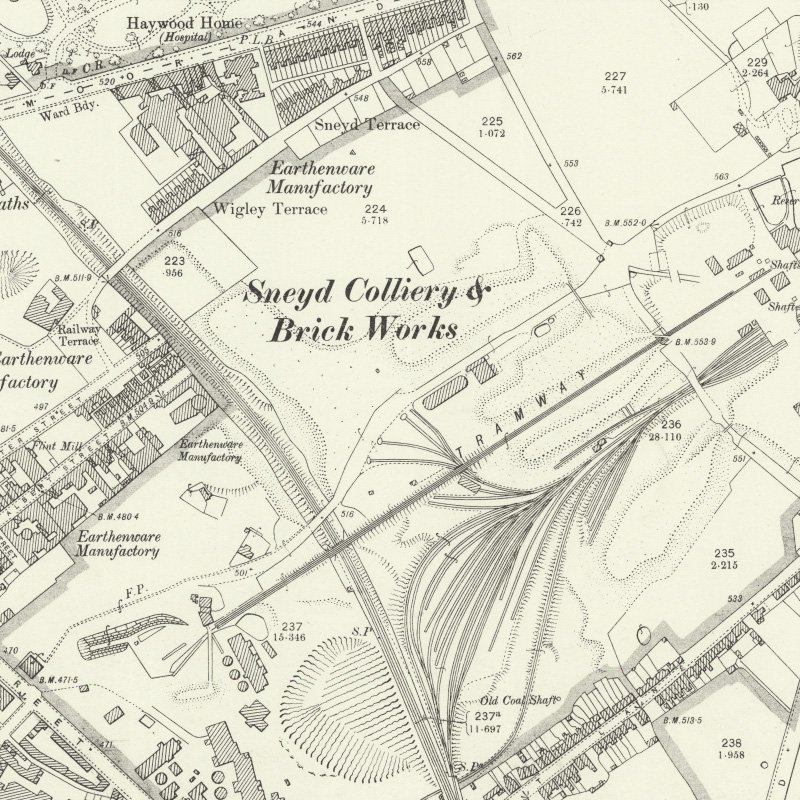 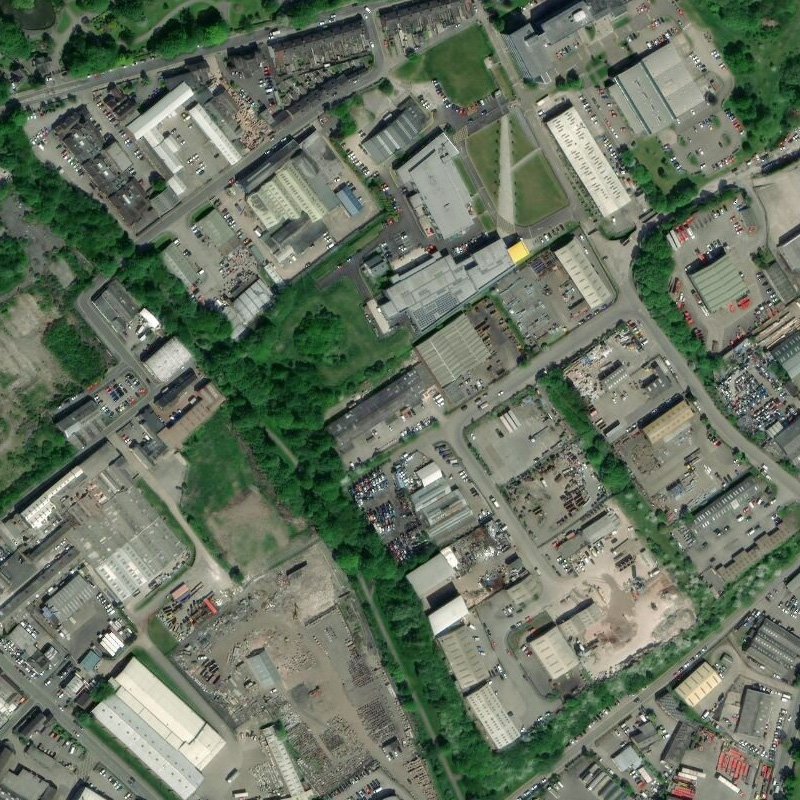 Sneyd Colliery and their Surplus Water.

Sir, To the editor of the Staffordshire Daily Sentinel.
Your correspondent who signs himself "one of the sufferers" makes assumptions which do not apply, and require qualification The question is - what is to become of the water on the area of land I mention when the proper watercourse is stopped? He has no grounds for asking me the questions he does as to waste water from oilworks. Not one drop such water has found its way into Nile-street for months. Our oil works are standing, and when working, all the water we have there is the small quantity that evaporates from the shale. We have no refinery, consequently use no water. When complaint was made about the small quantity evaporated, I kept it separated from the other water, and have since found it too valuable to allow it to waste. But even the little which did run away, though not pleasant to the smell is not injurious to health, and would have the opposite effect what he ascribes to it. But assuming it to be offensive and injurious he says, and it was not allowed run down the street, what are the other conditions created, not by us, but by the late Board of Health? Why, that it would lie in a large stagnant lake, not more than twelve feet from his door. Necessity must be my apology for again troubling you insert this your useful paper.
Yours truly, (Pro the Sneyd Colliery Company), Wm. Heath, Managing Partner.