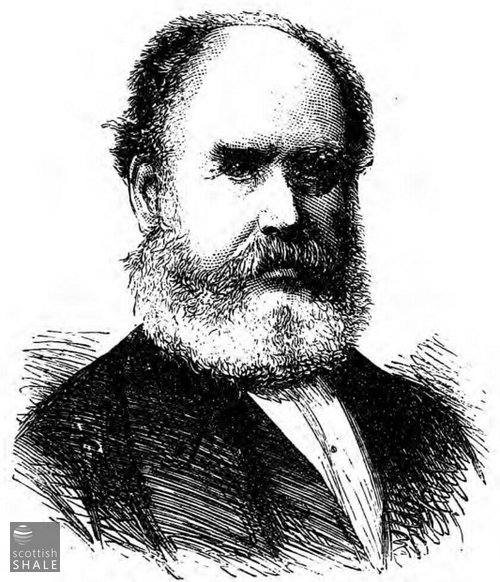 A firm of accomplished and influential partners that nevertheless met with little success.

Jonathan Hyslop appears to have been the active partner of the firm. Originally based in Wishaw, he moved home to Cobbinshaw to oversee operations. Until 1868 he was a partner in the firm of Brand & Hyslop, proprietors of Greenhead Colliery, Wishaw, and was author of "Colliery management", published in Wishaw in 1880, and described by the Glasgow Herald as a "valuable treatise, containing the fruits of long professional experience". He was an prolific public speaker and advocate of temperance.

Sir James Falshaw (1810-1889), renowned railway contractor and civil engineer, served as Lord Provost of Edinburgh between 1874 and 1877, and subsequently as Chairman of the North British Railway.

Hugh Rose seems likely to have been Hugh Rose (junior) (1843-1892), a partner in the firm of Craig & Rose, the firm of paint makers formed in 1829, and still active. In its early days the firm were oil merchants, trading in vegetable and animal oils and shale oil. It is interesting to note that Andrew A. Rose of 172 Leith Walk (the address of Craig & Rose's Caledonian oil & colour works) was a director of the South Cobbinshaw Fireclay and Brick Co. Ltd, formed in 1884 to acquire the Cobbinshaw brickworks.

Copartnership of the SOUTH COBINSHAW OIL COMPANY, carried on by the Subscribers, Sir James Falshaw, Baronet, residing in Edinburgh, Hugh Rose, Merchant in Edinburgh, and Jonathan Hyslop, Coalmaster and Mining Engineer, sometime residing at Wishaw, and now at Cobinshaw, was DISSOLVED by mutual consent, as on the 31st day of August 1876. It is requested that all claims (if any) against the Copartnership be lodged with Mr. J. B. Dovey, Chartered Accountant, 63 Hanover Street, Edinburgh, who will also receive payment of all debts due to the Copartnership.

EDINBURGH REGISTRATION COURTS - Mr Robertson objected to the name of Mr. Hugh Rose, merchant, Edinburgh, being retained on the roll as joint tenant of South Cobbinshaw, West Calder. The objection was that Mr Rose was not the joint tenant. In reply to Mr. Robertson, Mr Rose said that he was joint tenant with Sir James Falshaw of ground and shales under the name of the South Cobbinshaw Oil Company. A new lease was formed in May last. After a further question as to the nature of the lease, Mr. Robertson withdrew the objection.