A limited company established to re-constitute and take forward the business of the Uphall Mineral Oil Co. Ltd, and having the same directors. Although a modestly profitable company, in 1884 shareholders accepted a proposal to merge with Young's Paraffin Light & Mineral Oil Co. Ltd. At that time the output of Young's mines in the West Calder area was declining and the company was anxious to secure new sources of shale. 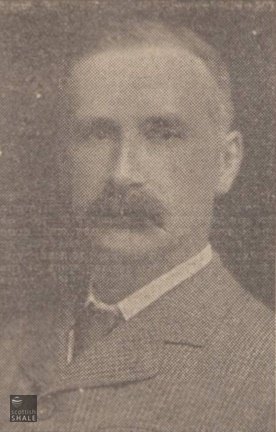 We understand that the Uphall Oil Company has been fortunate in proving the existence on their estate of a very valuable seam of shale. The borers last week succeeded in striking the Straiton shale at a depth of 17 fathoms, and subsequent efforts have demonstrated that the seam in 7 feet 4 inches thick – an unusual thickness. The seam, owing to the short depth at which it has been reached, will be very easily worked, and it is regarded as an additional advantage that it lies closely adjacent to the railway at Boghall. The directors have now definitely determined not to raise any additional capital at this time, the financial position of the company being such as to render such a proceeding unnecessary.

The agreement amalgamating the Uphall Oil Company and Young's Paraffin Oil Company was signed yesterday afternoon by the directors of the respective concerns, and now only awaits confirmation at the hands of the shareholders to become a final and binding engagement. Under the agreement holders of Uphall A Stock will receive for each fully paid £10 share of their present company one share of Young's Company on which £8,10s is paid and holders of Uphall B Stock (which are quoted in the market at 90s.) will receive for every two shares one of Young £8 shares. It is proposed that the amalgamation shall date from the Ist of January next; at which time Young's Company will take over all the liabilities of the Uphall and along therewith obtain possession of its large and valuable mineral fields.

A general meeting the shareholders of the Uphall Oil Company (Limited) was held yesterday within the board-room of Young's Paraffin Light and Mineral Oil Company, Glasgow—Mr Peter M'Lagan, M.P., presiding.—Mr Fyfe, one of the liquidators, read report behalf of himself and his colleague, Mr. Denniston, which showed that the Uphall Company's working for the nine months ending 31st December, 1883, had resulted in loss of 164 10s 7d, notwithstanding that Young's Company had conceded that no capital depreciation was to be deducted for that period. After several questions had been put and answered by Mr Fyfe, the chairman moved— "That the accounts submitted to the meeting, showing the manner in which the winding-up had been conducted, and the property the company disposed of, be received and adopted, and that the conclusion the liquidation be concurred in." Mr Weir seconded the motion, which was carried unanimously. —Mr Beckett moved "That the books, accounts, and documents of the company, and of the liquidation thereof, handed over to Young's Paraffin Light and Mineral Oil Company (Limited)." —Mr Stirrat seconded the motion, which was also adopted.—On the motion of the chairman, Messrs Fyfe and Denniston were thanked for the manner which they had discharged their duties.