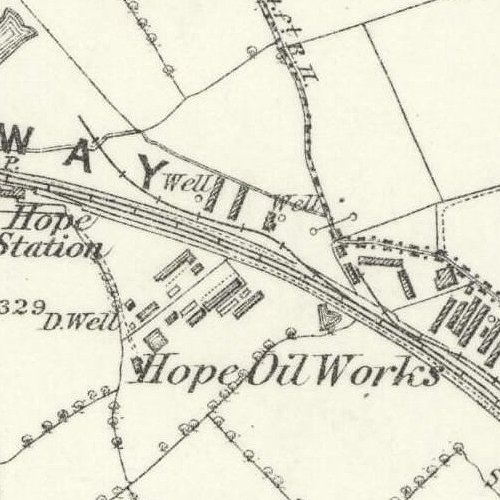 The first edition O.S. map, surveyed in 1869, show a range of structures labelled "Hope Oil Works" on either side of the L&NWR Mold branch, immediately east of Hope Station. As outlined on the Hope Oil Works page, there appear to have been at least four separate oil concerns operating on the site.

All works north of the railway appear to have been cleared c.1870, leaving only the works on the south of the railway, which continued to be labelled "Hope Oil Works" on subsequent OS maps, and other documentation. From 1871, or earlier, the works were owned by Peter Wilcocks, (or the partnership of Wilcocks & Piercy), listed in the 1880 Salter's trade directory at "The Royal Cambrian Grease and Oil Works, Hope Station". Other sources also refer to the site as "Cambrian Oil Works", which continued in operation until c.1900, but was cleared before 1909 when the site was surveyed for third edition OS map.

It should be note that "Cambrian Oil" brand burning oil was produced by the Saltney (St David's) works of the Mineral Oil Co and subsequently the Flintshire Cannel & Oil Co. Ltd. from the early 1860's. There may therefore have been occasions when the Saltney works were referred to as the Cambrian oil works.

Mapped by the Ordnance Survey of c.1869, shows oil works to the north and south of the railway, with a common label. 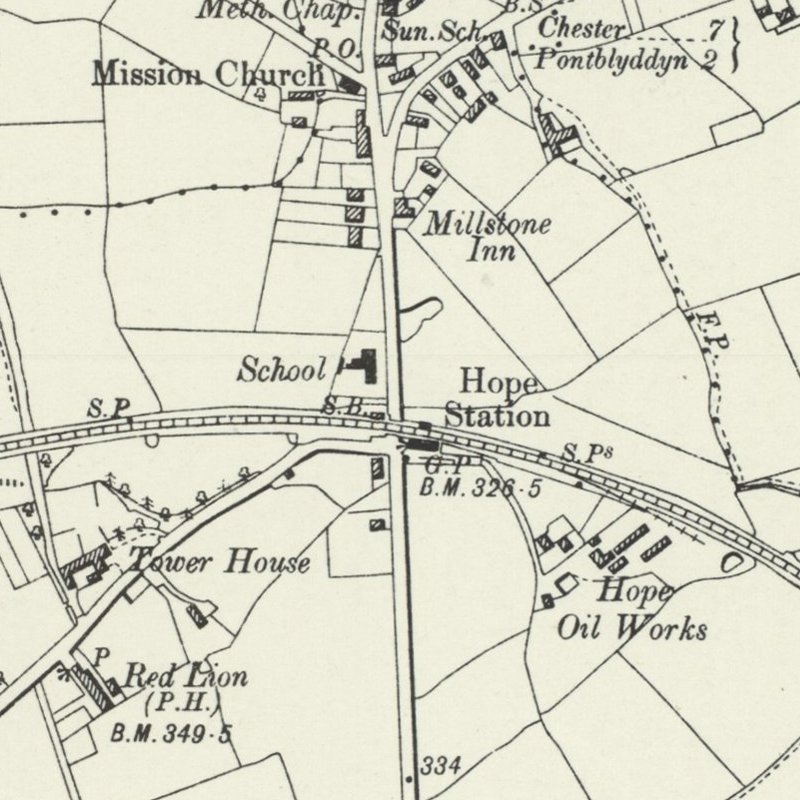 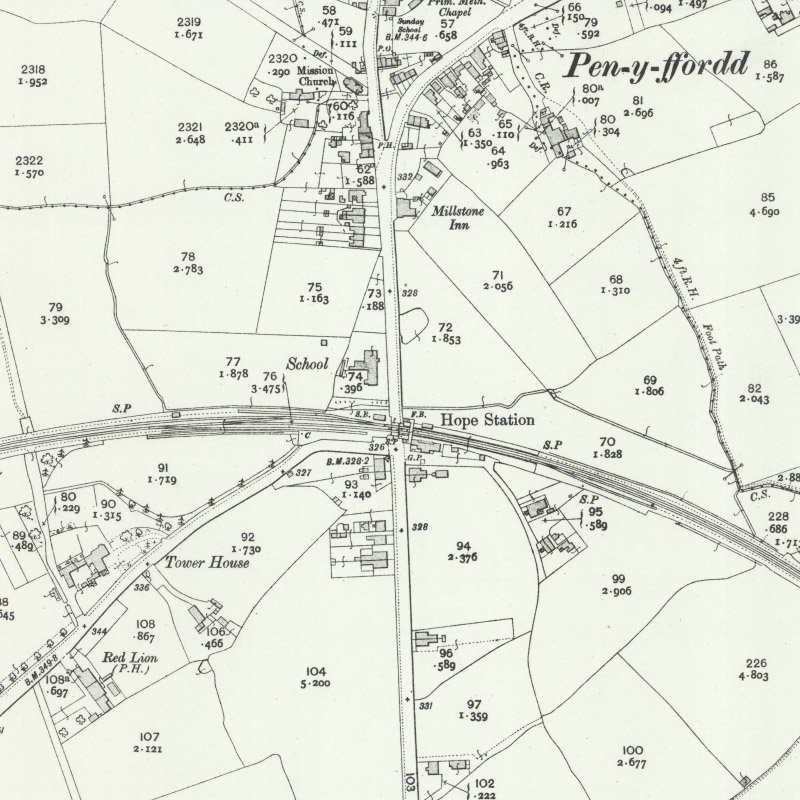 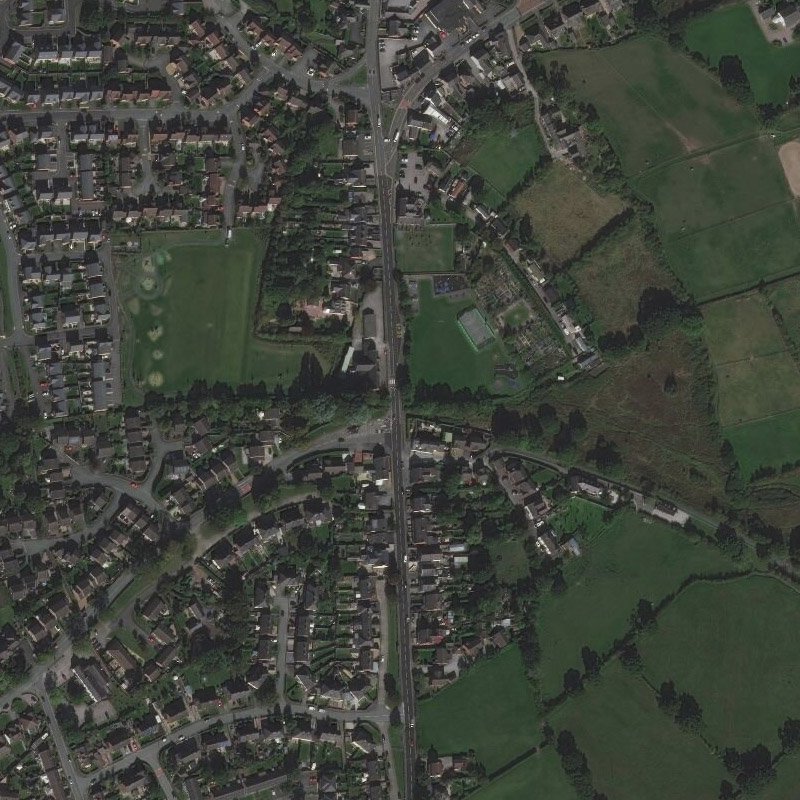 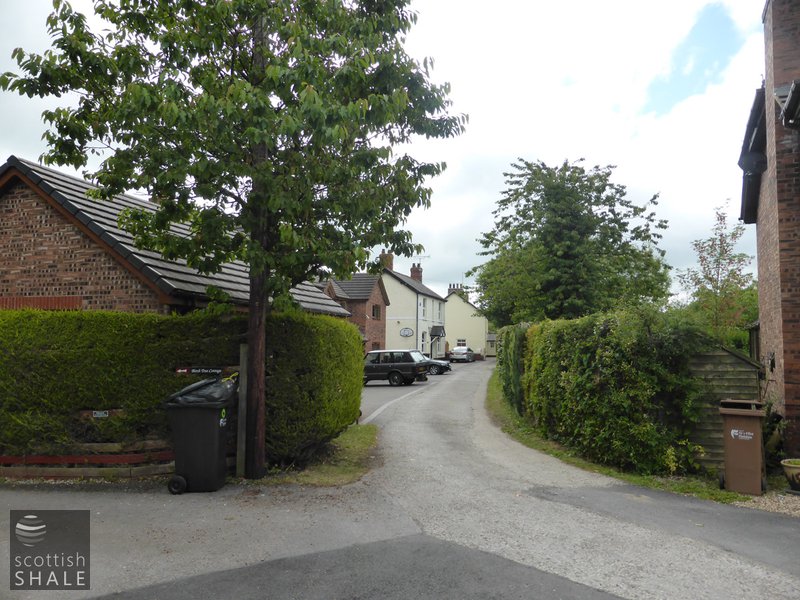 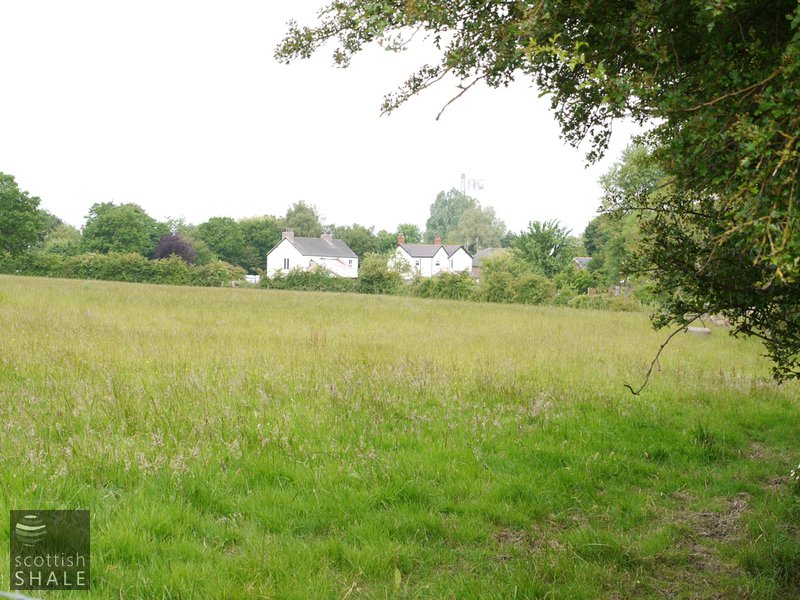 THE DIAMOND JUBILEE. Preparations are being made to light a huge bonfire on Hope Mountain, and Mr. Peter Wilcock, Cambrian Oil Works, Peny-fford, has promised a few barrels of tar for this purpose.