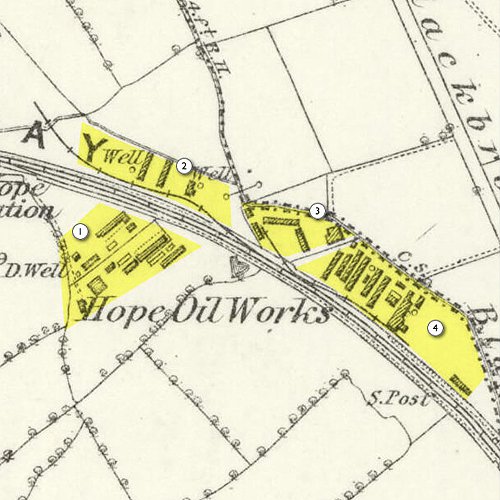 The first edition O.S. map, surveyed in 1869, shows a scattered range of buildings on either side of the L&NWR Mold branch immediately east of Hope Station, many with the long rectangular shape typical of benches of oil retorts. These are collectively labeled "Hope Oil Works", although at least four different complexes of buildings might be discerned, each served by their own railway siding and perhaps operated as separate concerns. The various sales notices (see references below), dating between 1869 and 1871, suggest a number of separate operations held on different leases.

In his biography, Arthur Robottom remarks that "a general dealer near Hope made oil in the back yard of his garden". The map appears to show a number of such small scale enterprises, which were presumably supplied by rail with cannel coal from the Leeswood district.

The works on the south side of the railway was subsequently known as the Cambrian Oil Works (see separate page) or the Royal Cambrian Oil Works of Wilcocks and Piercy, and remained in operation until late in the 19th century. The site of the other works appear to have been cleared early in the 1870's.

It seems likely that the lease of some of the oil works sites changed hands on a number of occasions. No further evidence has yet been revealed that would indicate which firm operated from which of the various groups of buildings shown on the OS map.

The Padeswood retort case of December 1871 makes reference to 74,000 second-hand bricks from Messrs Wilcocks & Co. of Hope oil works used for construction of retorts at Padeswood. It may have been that "Wilcocks" purchased all, or a large part of the various Hope oil works, retaining some portions as the Cambrian Oil Works, and dismantling the remainder.

Mapped by the Ordnance Survey of c.1869, annotated to show groups of oil works building which are arbitrarily numbered.

Number of Retorts: 20 operated by the Leeswood Main CCOCo. Ltd - other unknown. 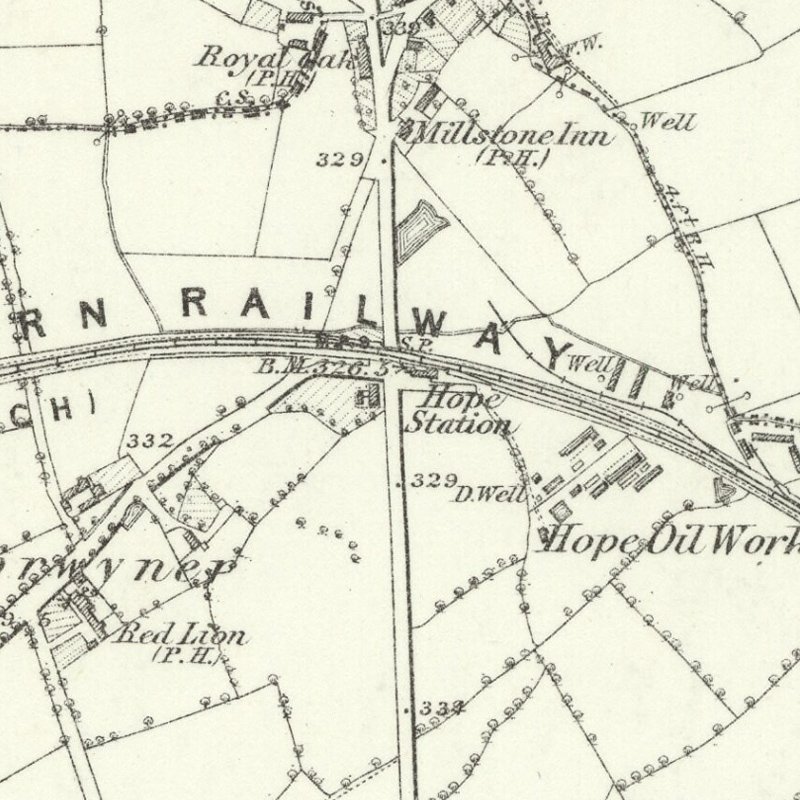 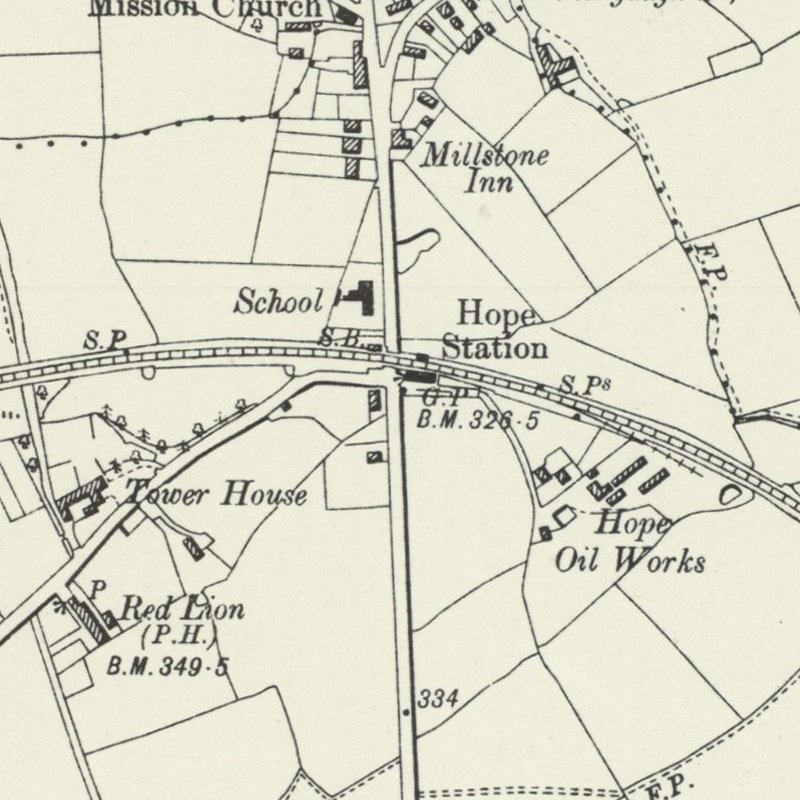 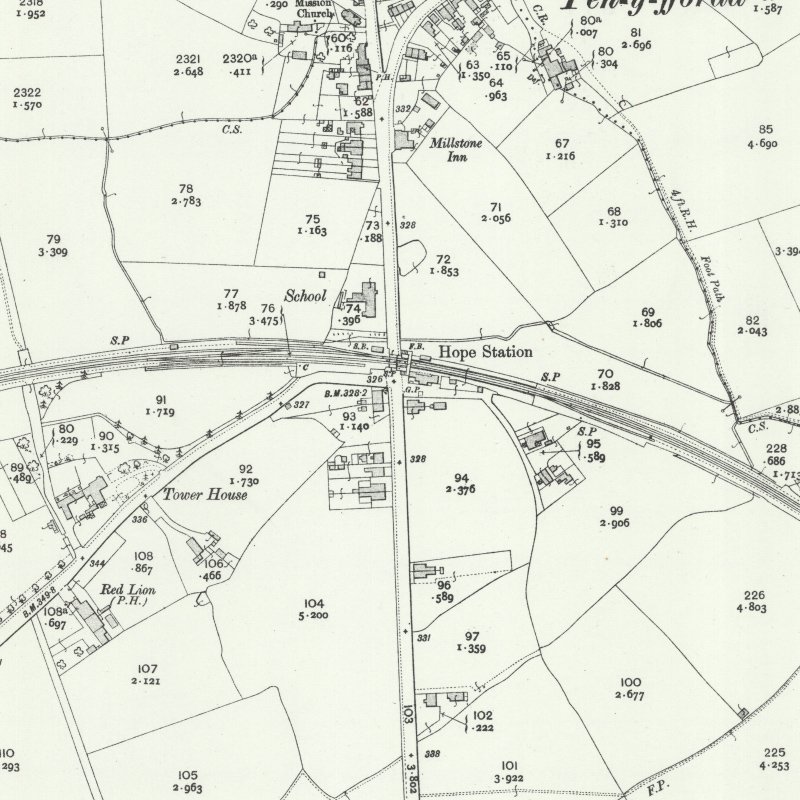 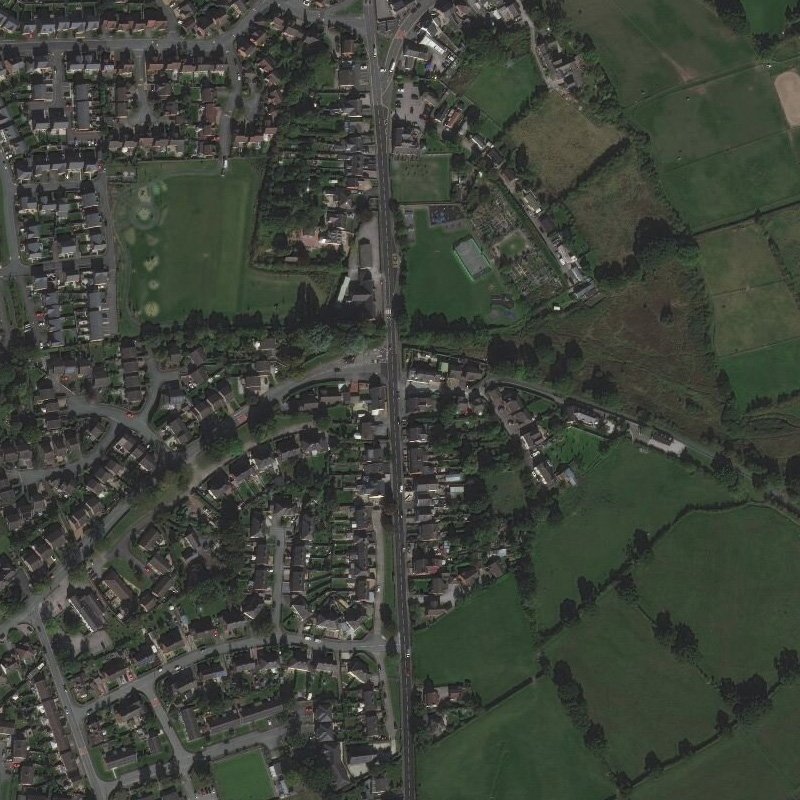 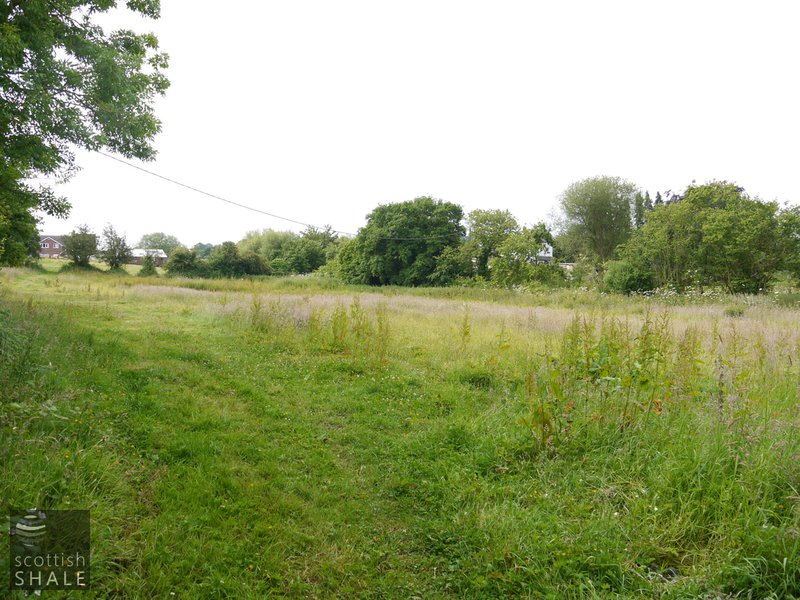 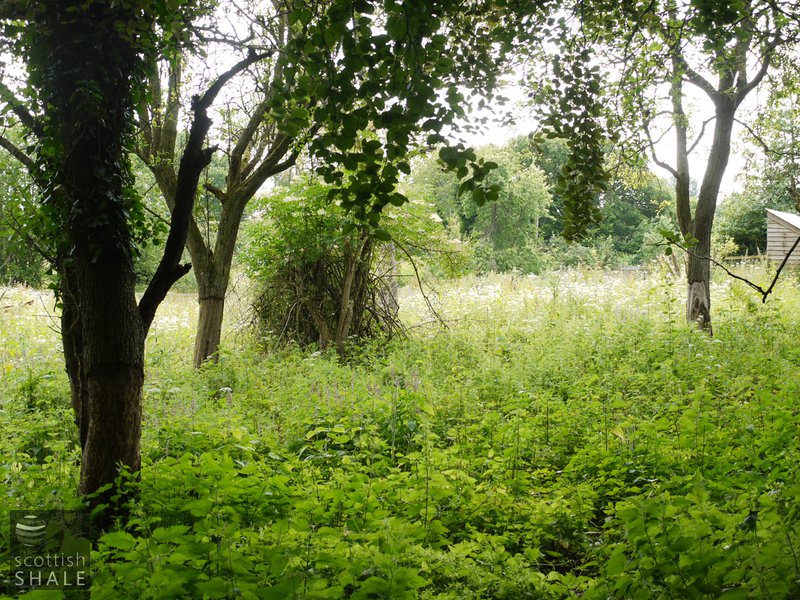 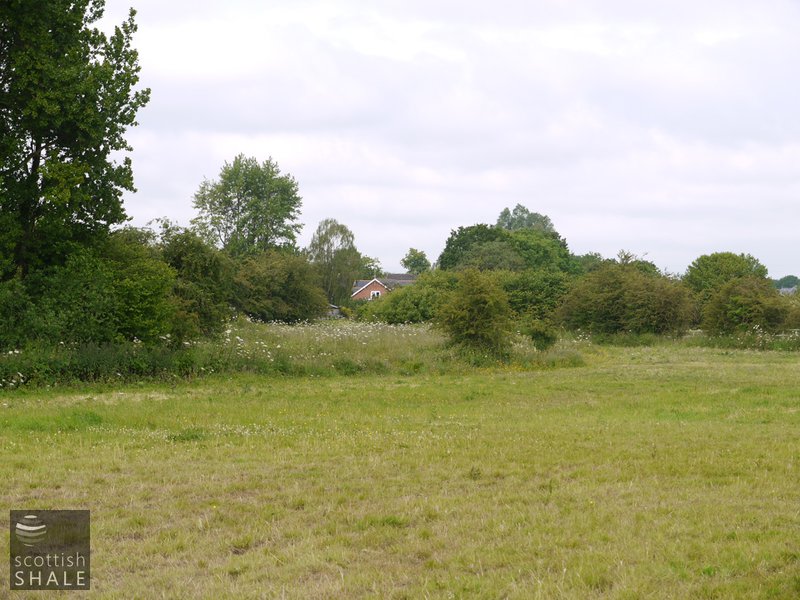 TO BE SOLD BY AUCTION BY MR THOMAS DEAN, (unless previously disposed of by Private Contract,) on Tuesday, the 26th day of January, 1869, at three o'clock in the afternoon, at the Black Lion Hotel, Mold, in the County of Flint, in one Lot (subject to such conditions as will be then and there produced), the OIL WORKS, situate at Hope, in the County of Flint, and belonging to the Leeswood Main Coal, Cannel, and Oil Company (Limited) together with the following PLANT, viz. :

The above plant is of the best Materials and workmanship. The site of the Works, and Land adjoining, contains about 6a. 2r. Ip.. and is held at the yearly rent of £65 1s 3d, for the residue of a term of 999 years, which commenced on the first day of February, 1866.

The Land contains Clay and Sand, which the Lessees have the right of getting, without paying any Royalty for such as may be used for the purposes of the Buildings on the Land ; but all Bricks sold or carried away from the premises are liable to a Royalty of ls 6d per 1000. The Mines are reserved to the Lessor, subject to compensation for surface damage. The premises are most advantageously situated, being contiguous to the Hope Station of the Mold Branch of the London and North Western Railway, being bounded on one side by such Station, and having a considerable frontage to the Highway leading from Hope and Wrexham to Pen-y-mynydd. Mr John Parry, Millstone Inn, Hope, will show the premises.

Under the Bankruptcy Act, 1861. TO OIL-MAKERS, COLLIERY OWNERS, GREASE MANUFACTURERS, & OTHERS.

At the HOPE OIL WORKS, near the Hope Station, on the Chester and Mold Railway, MR. PICKERING has received instructions from the Trade Assignee to SELL by AUCTION, on Wednesday, the 4th day of August next, the undermentioned STOCK-IN-TRADE—comprising

Catalogues may had from the Auctioneer, Eastgate; or Mr. James Wakefield, Eastgate-street. Chester. The stock can be seen at any time on application to the person possession the works. Sale to commence at 11 o'clock.

AT HOPE, NEAR MOLD, FLINTSHIRE. Sale of the Leasehold Interest in the premises known as THE HOPE OIL WORKS, situated close to the Hope Station, on the Chester and Mold Railway, with the whole of the Plant, Machinery, Utensils, Sec., in one lot, MESSRS CHURTON & ELPHICK respectfully announce that they are instructed to submit to PUBLIC COMPETITION, at the Grosvenor Hotel, in Chester, on Saturday, the 9th day of October, 1869, at twelve o'clock for one o'clock p.m., most punctually, in one lot, and subject to such conditions as shall then be produced : —

All those Valuable LEASEHOLD. OIL WORKS, situate close to the Hope Railway Station, and having a siding there from into the Chester and Mold Railway, held under two Leases, one of which comprising the greater portion of the premises is for an unexpired term of seventeen years, together with the whole of the erections thereon, PL ANT, MACHINERY, loose utensils, and all other EFFECTS on the premises, amongst which will be found

and a great variety of other effects, which will be more fully described in the particulars. N.B. — Mr Hugh Hughes, of the Red Lion public-house, Hope station, will kindly show the property.

To be LET or SOLD, Manufacturing Premises, lately carried on as Paraffin Oil Works. These premises adjoin the London and North Western Railway, at Hope Station, on their Chester and Mold branch, from which there is a siding into the works. There is a large and never failing supply of spring water on the property.