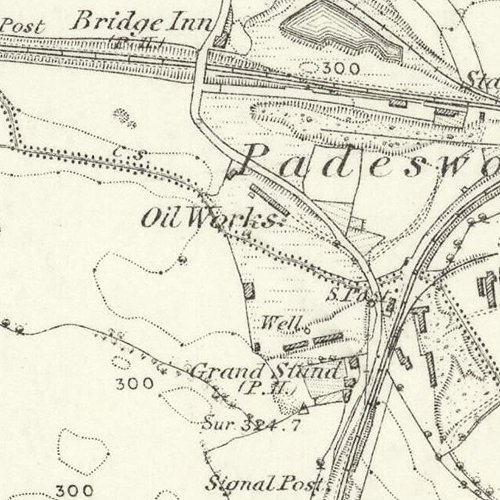 It is assumed that the "oil works" marked on the first edition OS map, (surveyed in 1869) on a site immediately south of Padeswood station is Padeswood Oil works, however the absence of a railway siding in the immediate vicinity of the works is at odds with the description in the sale notice (below). It remains possible that the site labelled on the map is one of the many other small oil works that operated in the Padeswood area.

Mapped by the Ordnance Survey of c.1869, showing the works in operation. 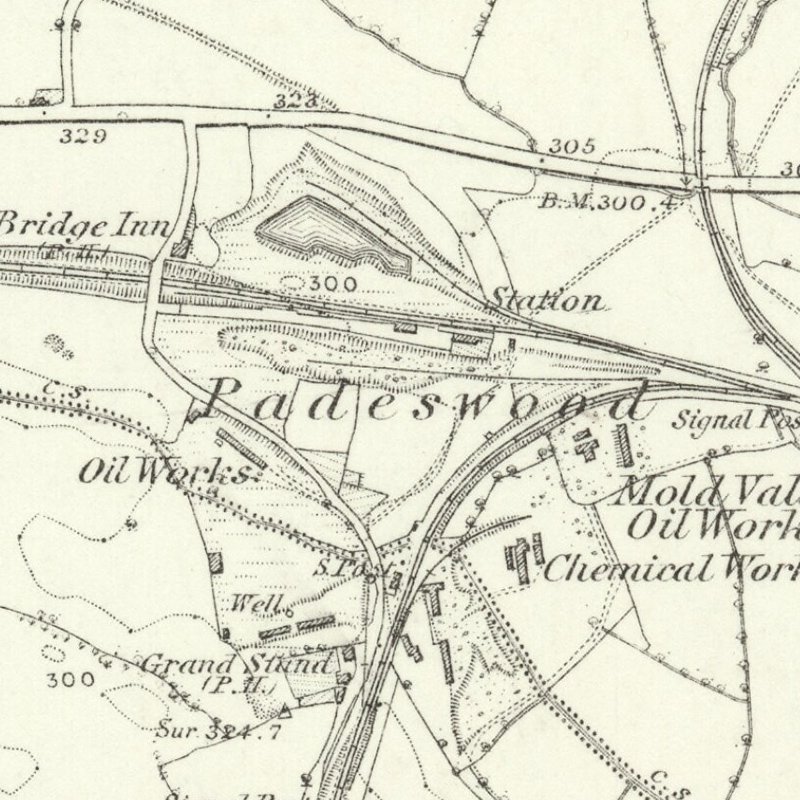 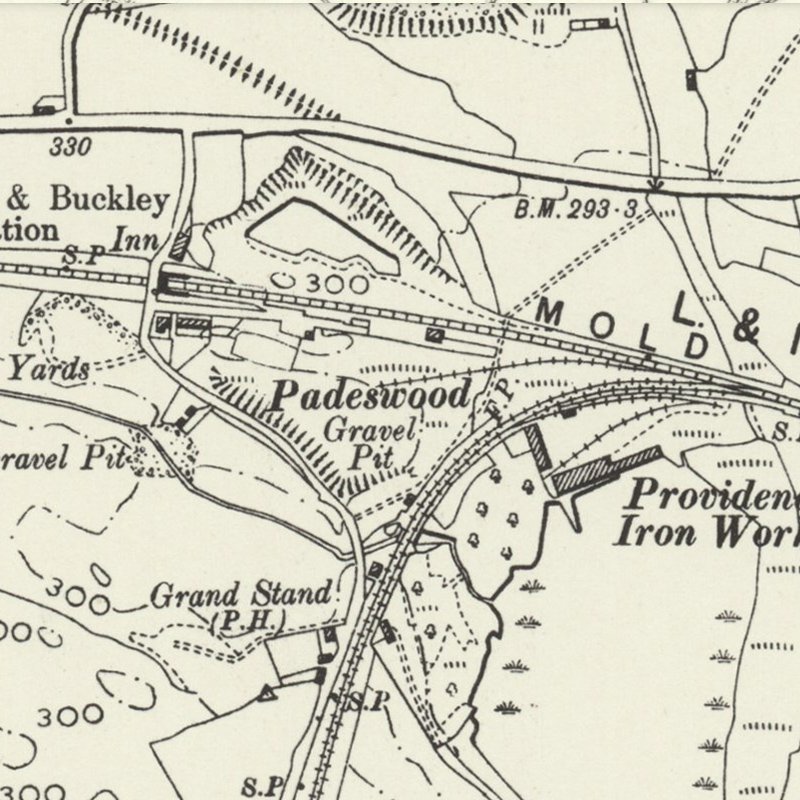 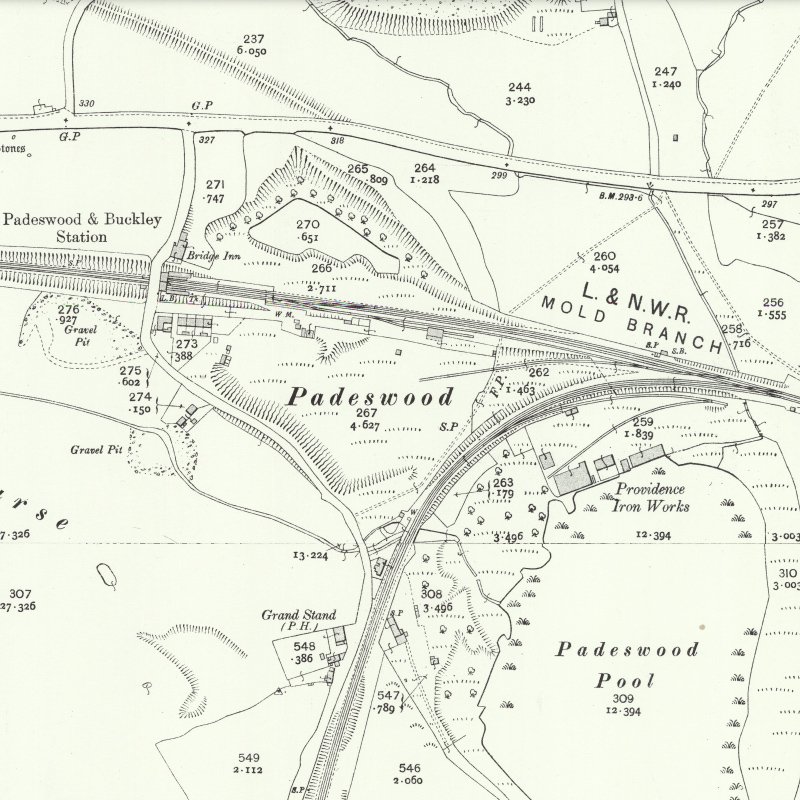 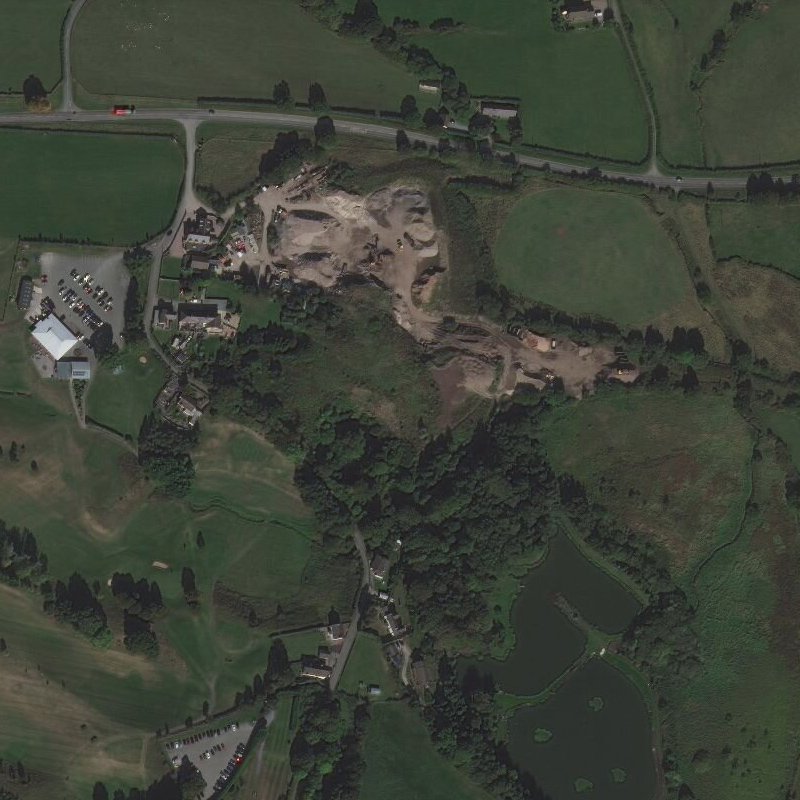 Just on the other side of the rail at Padeswood, is a small venture - " The Padeswood Company" - such companies here being formed by three or four well-to-do and intelligent individuals (intelligence, by-the-bye, is the characteristic of the ordinary people of this district), who combine their practical knowledge and their little nest eggs of capital to operate on these new "diggings."

...For the Padeswood Oil Company, in Flintshire, a complete refinery has been erected by Mr. Bennie's firm.

TO BE SOLD by PRIVATE TREATY, the WORKS the PADESWOOD OIL COMPANY. LIMITED, with Lease of the Premises, situated near Padeswood Station, on the Chester and Mold Railway, with Siding from the London and North Western Railway. The Works are very compact, standing on about four acres of land, and comprise six Revolving and 12 upright Retorts, complete with all Connections, &c.; four Stills with Tanks, Agitators, and Settling Tanks in Refinery, with Pumps, &c. A good house, suitable for Manager; and neverfailing of water. For permission to view and terms, apply Messrs. Lace and Co.. 1. Union Court, Liverpool; or to William Semple. Esq., Padeswood Oil Company. Mold.